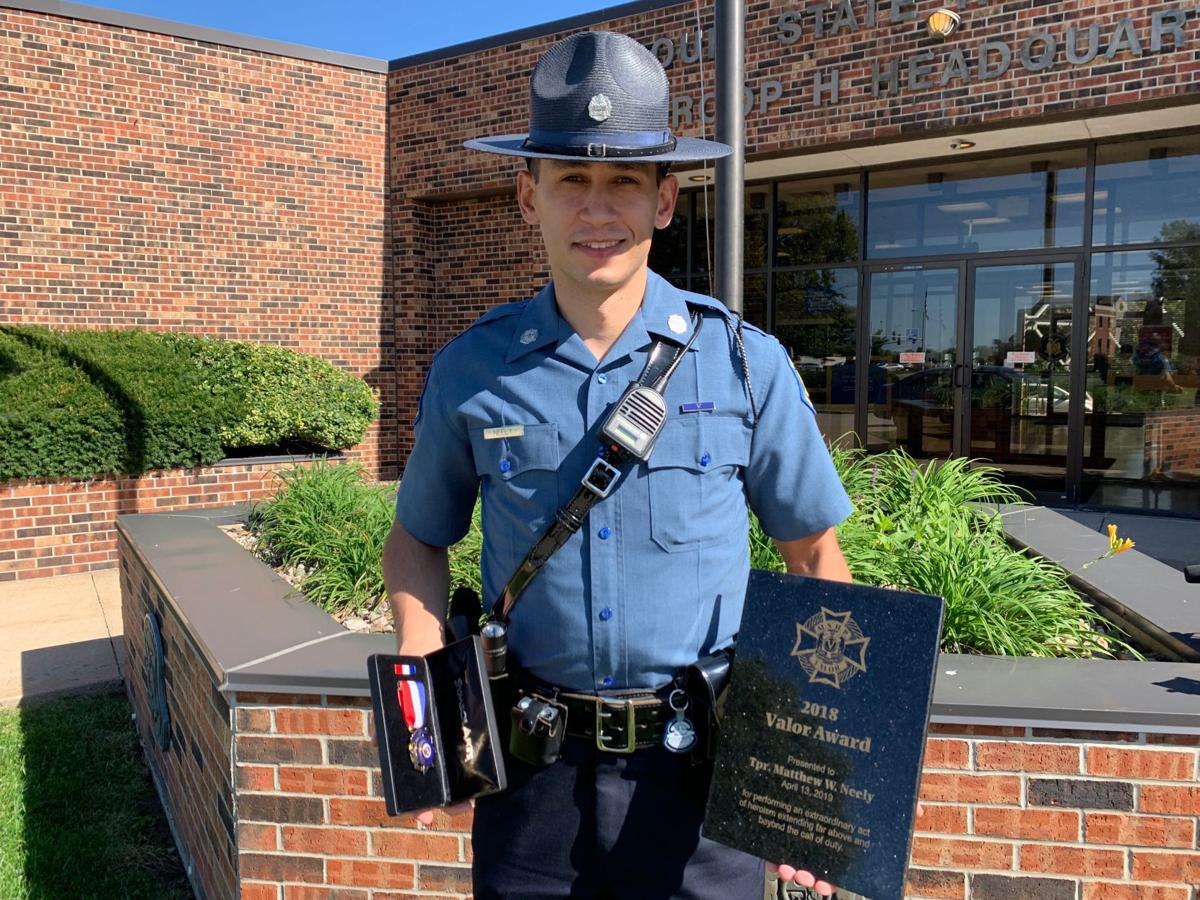 Trooper Matthew Neely holds his Medal of Valor he received from Gov. Mike Parson. Neely accepted the award for his heroic actions in a 2018 officer-involved shooting. 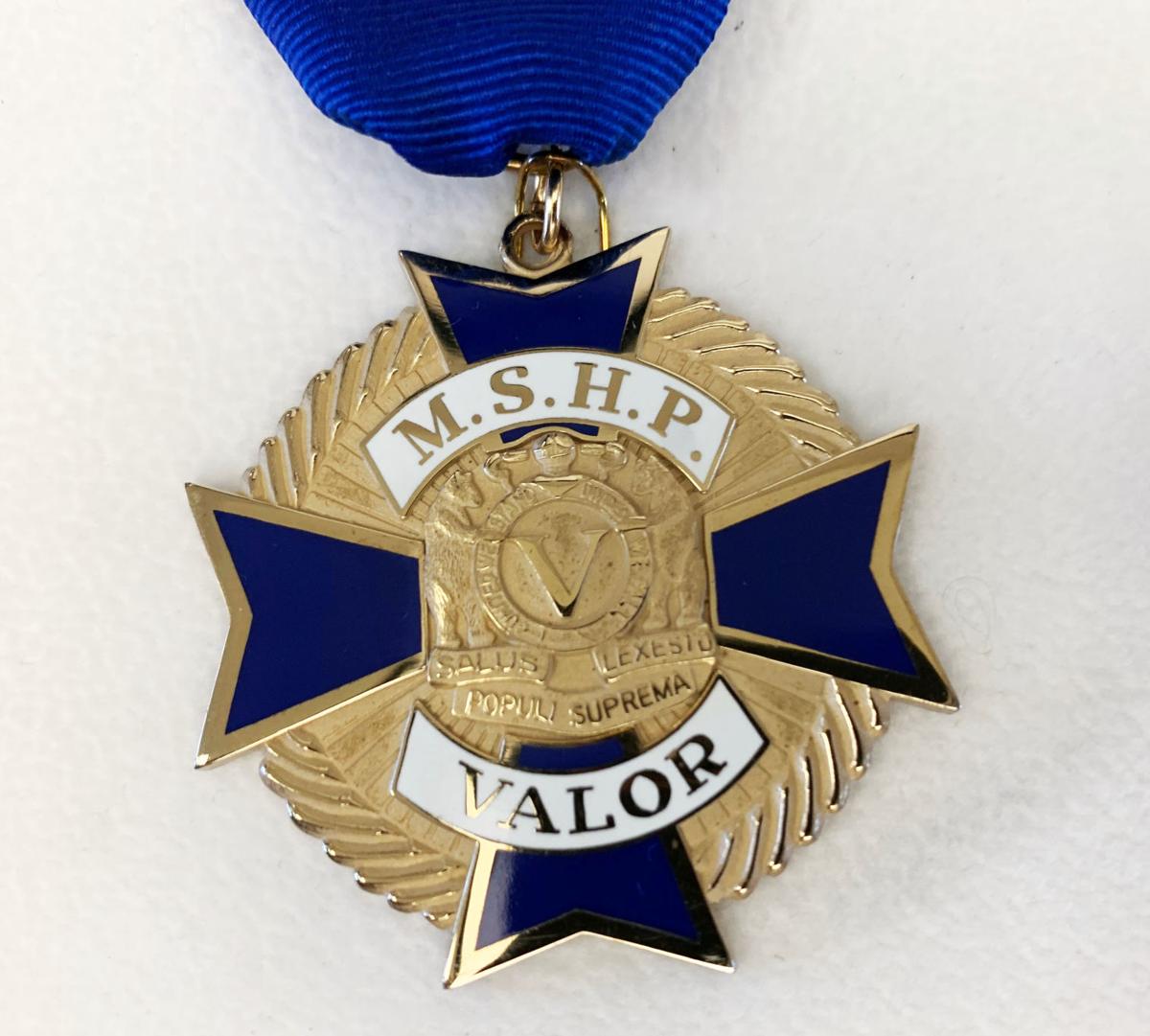 Gov. Mike Parson gave out the Medal of Valor at the Missouri Public Safety Awards. Trooper Matthew Neely received the medal after stopping a gunman in a pursuit.

Trooper Matthew Neely holds his Medal of Valor he received from Gov. Mike Parson. Neely accepted the award for his heroic actions in a 2018 officer-involved shooting.

Gov. Mike Parson gave out the Medal of Valor at the Missouri Public Safety Awards. Trooper Matthew Neely received the medal after stopping a gunman in a pursuit.

Matthew Neely is a trooper with Missouri State Highway Patrol who engaged in an act of bravery to stop a gunman firing at him in March of 2018.

In a result of his actions, Neely was awarded the Medal of Valor from Gov. Mike Parson at the Missouri Public Safety Awards Ceremony on Monday in Jefferson City.

Neely has been with the patrol for nearly four years and before that he was a Cameron, Missouri, police officer. His training and experiences in both roles are what prepared him for this type of situation.

“The training is very rigorous and stressful so it teaches us to work through the stress and not let it overwhelm you in a situation,” Neely said.

Neely said he knew the job was going to be hard, but growing up watching his grandfather suit up for work each day piqued his interest in a law enforcement career.

In college he was introduced to a sergeant with the Highway Patrol who took him under his wing and showed him what it meant to be a trooper.

“He showed me what it meant not only to him, but to his family and the community and that was it, I knew that’s what I wanted to do,” Neely said.

Even though he started out as a police officer, his heart was always with the patrol.

Since being with the patrol, Neely has been involved in vehicle chases and other stressful moments, but experiencing the shooting incident reiterated to him that every day is important on the job.

“Every day is precious and is a gift,” Neely said.

Neely’s hopes in all circumstances he’s been involved in is that everyone included comes out safe and that’s what he continues to work toward.

“As long as everybody’s good at the end of the day, then that’s a good day,” Neely said.

One of Neely’s favorite aspects of the patrol is the tightknit family that’s portrayed by everyone. Other troopers who experienced a similar situation to Neely helped ease his circumstances by their support.

Neely said he plans to continue to serve and protect the community by doing his job at his highest capability.