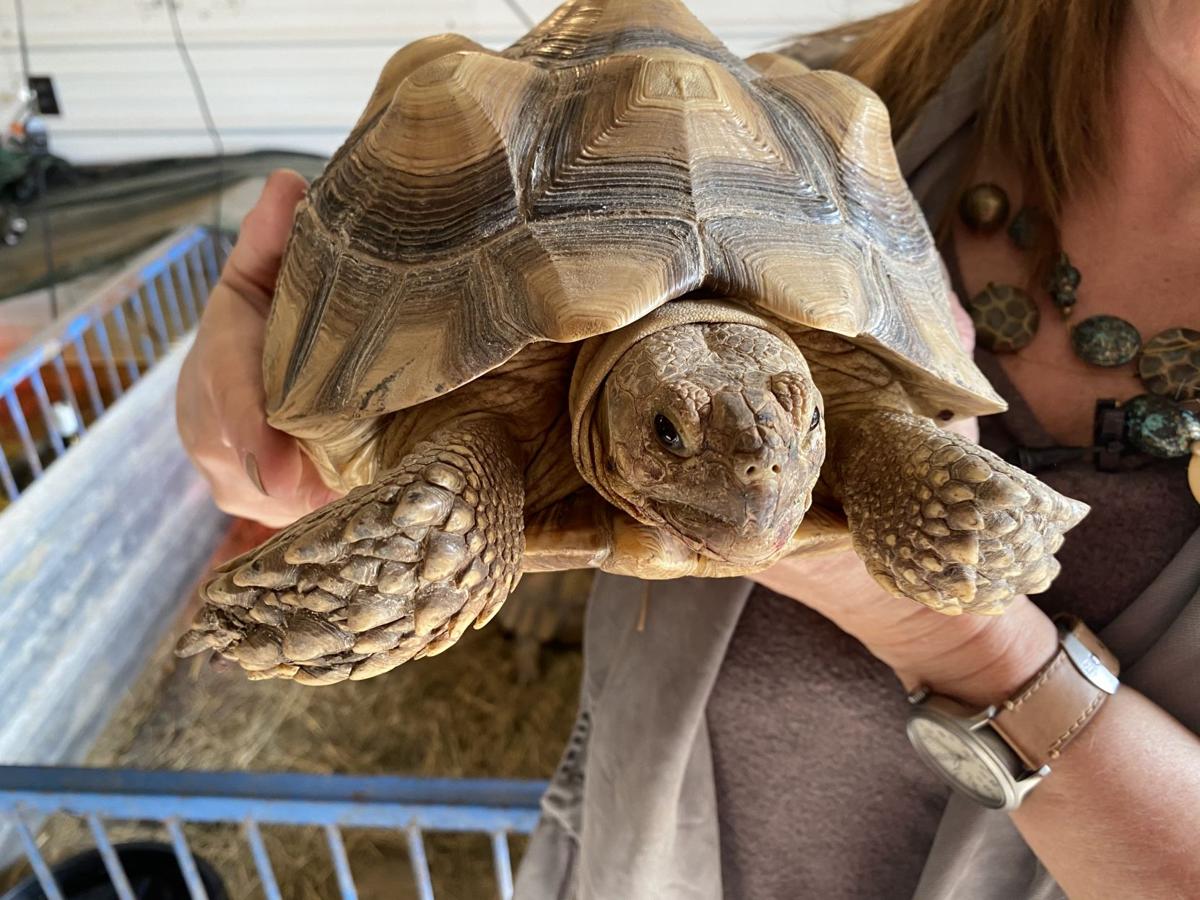 Shelly Cox holds Sushi, a Sulcatta tortoise, in refuge at Cox’s farm. Cox has close to a dozen tortoises and turtles in shelter. 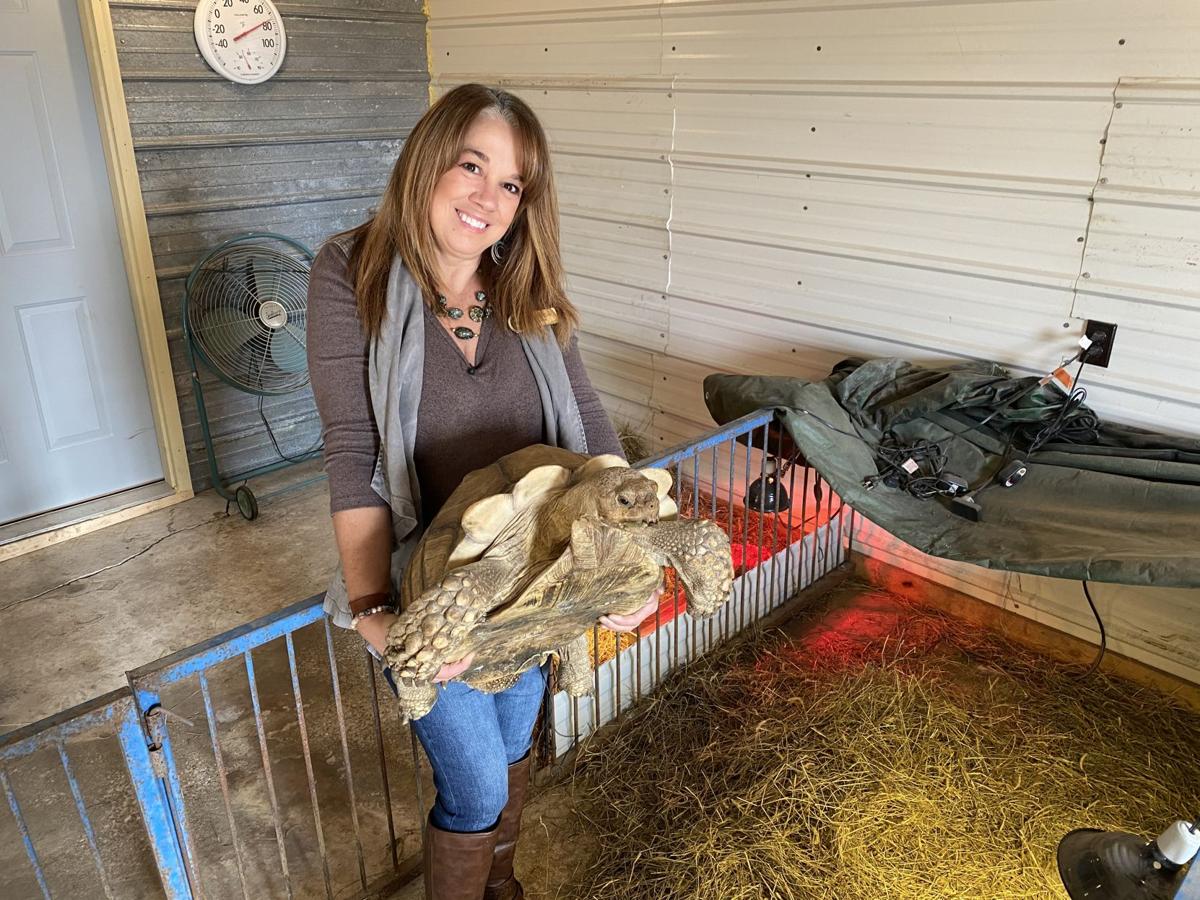 Shelly Cox holds Rocky, a Sulcatta tortoise, inside of her turtle rescue shelter near Savannah, Missouri.

Shelly Cox holds Sushi, a Sulcatta tortoise, in refuge at Cox’s farm. Cox has close to a dozen tortoises and turtles in shelter.

Shelly Cox holds Rocky, a Sulcatta tortoise, inside of her turtle rescue shelter near Savannah, Missouri.

A dozen turtles and tortoises have found refuge with Shelly Cox.

“About four years ago, a tortoise was given to me by a friend and she was the only I had for three years and now I have 12,” Cox said. “The word is getting out that if you have a tortoise and you can’t care for it anymore they are coming to me.”

Cox said the land-based tortoises and water-oriented terrapins come to her from owners who have chosen to give up their once-beloved pet.

“It’s usually a spontaneous purchase,” she said. “Then they get it home and they start discovering just how long they live, the kids outgrow interest in them. Then 10 or 15 years into this the parents are taking care of the tortoise and the kids have moved on to other things and they just don’t realize this thing is going to live 50, 60 or more years or even 100 years.”

What makes maintaining care for tortoises difficult is often where they come from.

“You’re trying to replicate the care,” she said. “Many of these tortoises come from desert areas in Africa, some come from rain forest areas, so they’re coming from all parts of the world, all different kinds of habitats so they need different care.”

Cox, who works at the Remington Nature Center, said if the animals don’t receive proper care, including diet, heat and lighting, they typically end up with a variety of health issues, including shell deformity and respiratory ailments.

Because of their domesticated and foreign nature, Cox said she can’t release her tortoises back into the wild.

“They would not survive outdoors in Missouri,” she said. “And it would be unethical to release something that’s not native back into the wild.”

While not completely shutting down the idea of owning a tortoise, Cox said it’s important for potential pet owners to do their research and prepare for the longevity of having one.

For more information on her efforts, including how to donate, you can contact Cox at scox@stjoemo.org.