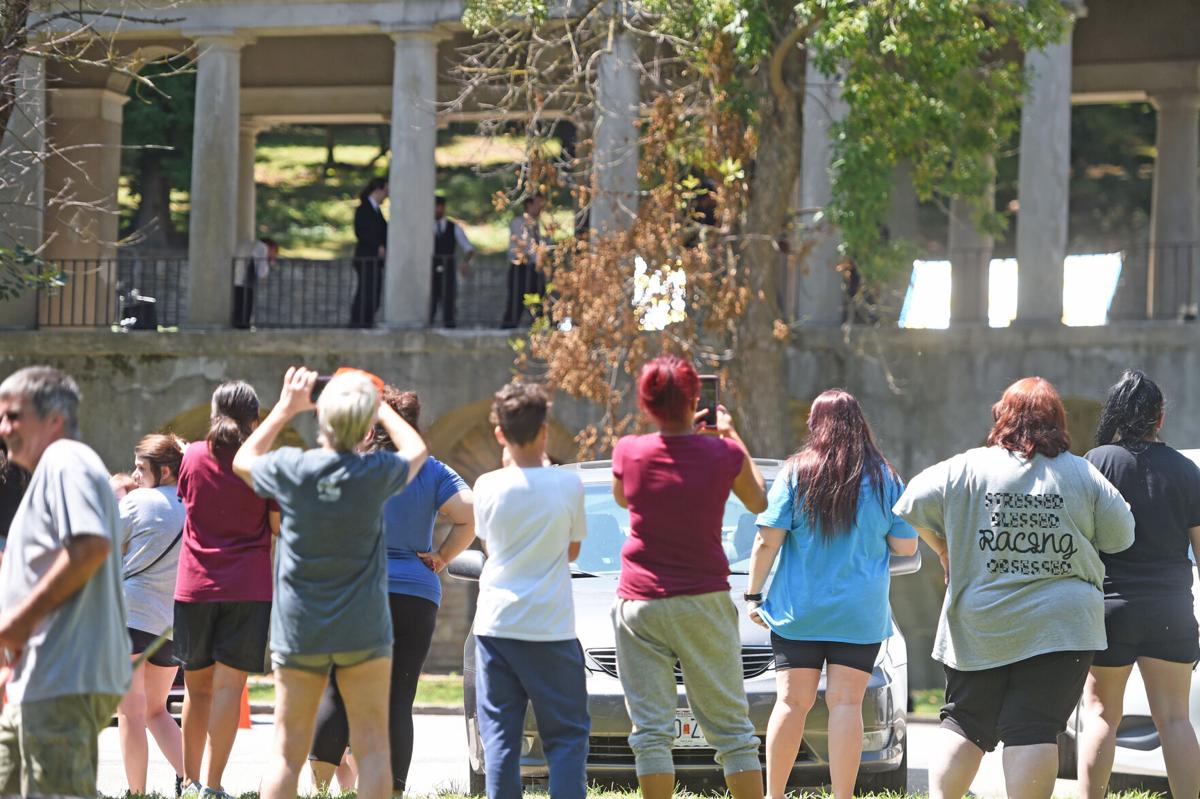 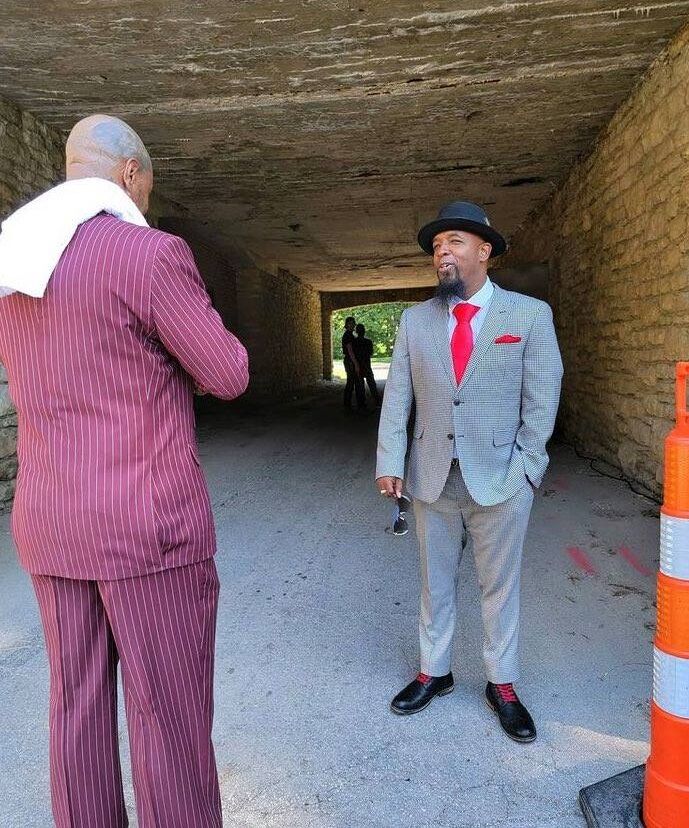 The castle at Krug Park will serve as part of the setting for a new music video by members of the popular indie hip-hop label Strange Music Inc.

On Aug. 16, about 25 people gathered outside the castle to watch hip-hop artists like Tech N9ne and Joey Cool film part of a retro mobster-themed music video for an upcoming single by the latter.

While the music video shoot got approved by the St. Joseph Parks, Recreation and Civic Facilities Department, it was a surprise to some residents.

John Kendall was going about his usual morning routine of walking with his dog, Precious, and picking up trash around the park Monday.

“I saw one car here, and when I came around the bend (to the castle), I saw the whole parking lot over here was full,” he said.

Along the side of the castle parking lot, two production trucks with Strange Music Inc. logos were parked. Throughout the morning and afternoon, cast and crew were busy filming, setting up shots and joking around with onlookers.

A tweet from Tech N9ne posted at about noon prompted people to gather in the grass across from the castle.

“Me and (rapper Y2) on set in the birthplace of (Eminem), St. Joseph, Missouri, for a bangin ... music video for (Joey Cool),” he posted, with a picture of himself at Krug Park.

Once word got out, fans like Jamie Byrd and her son, Kadir, and friend Debi Tounzen showed up to watch the shoot, and hopefully, get an autograph and picture.

“I’ve been a fan for years. So I was like, ‘Ooh. I’m about to go up there and stop and take some pictures.’ I was just completely shocked,” Jamie Byrd said.

Throughout the afternoon, the crowd patiently waited as the cast and crew ran through their shots. At about 1 p.m., the crowd erupted when Tech N9ne showed up for scenes. As he walked up the stairs to the castle, he waved to them.

“He’s really super humble and super nice. He’s not snobby. He waves at his fans. Those are the kind of celebrities I like,” Jamie Byrd said.

Kendall said the disruption to his daily routine was a welcome one. He hopes the publicity from the music video will mean bigger opportunities for the area.

“It’s really nice to have something like this going on up here ... (An) officer turned around and told me that (Tech N9ne) would just drive around, and he saw the castle (and) said he wanted to film here and that meant a lot,” he said.

Press representatives from Strange Music Inc. were not available to comment on the name of the track or when the music video will be released.