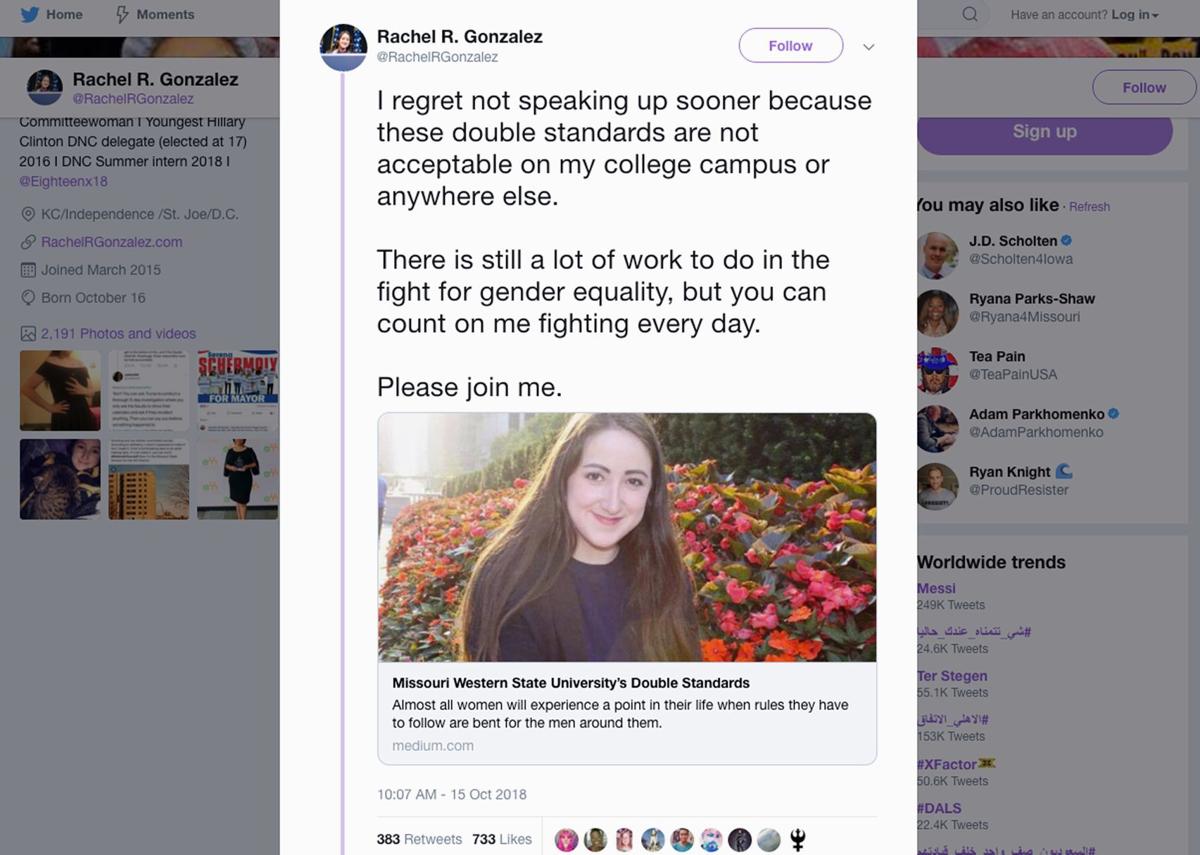 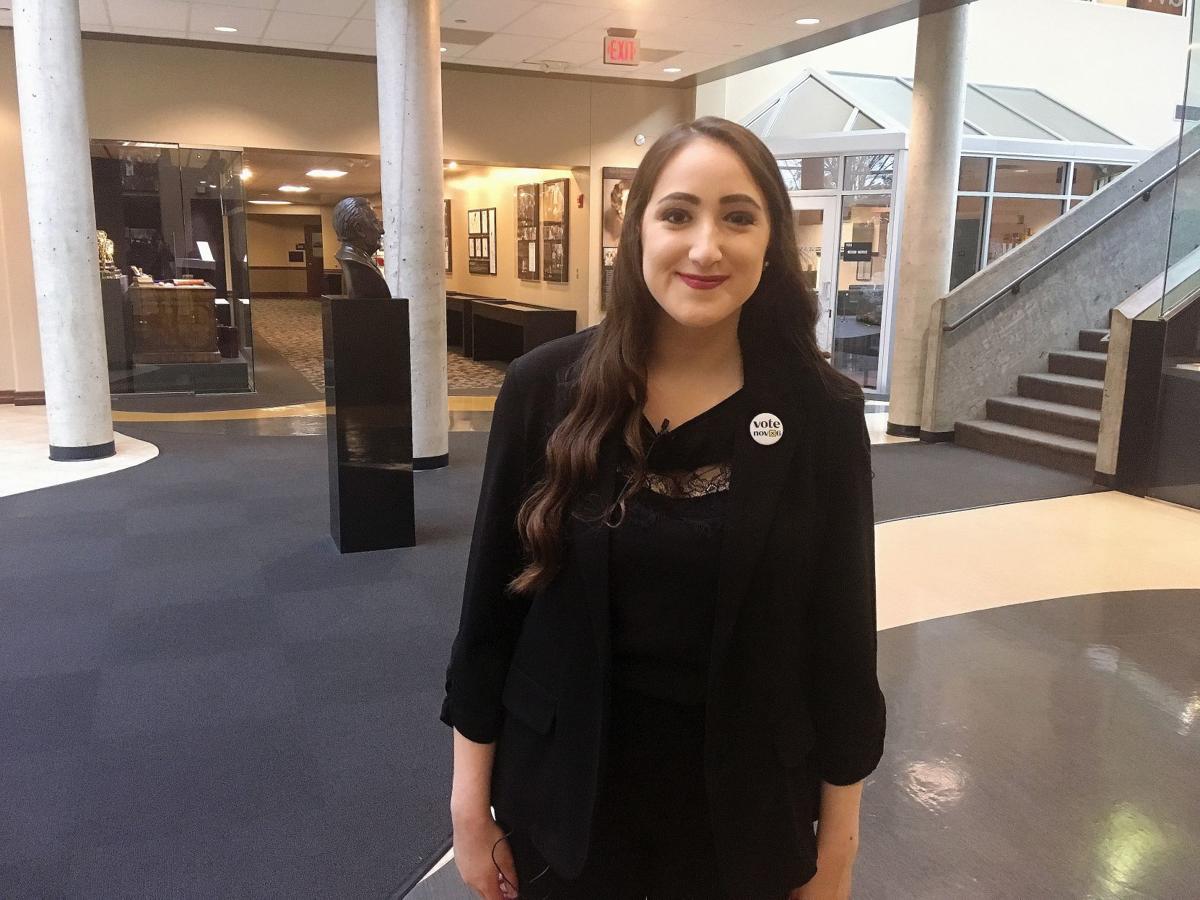 An article published by a student accusing Missouri Western State University of double standards and rule bending in favor of a male student has received close to 1,300 likes, retweets, shares and comments on social media.

“Almost all women will experience a point in their life when rules they have to follow are bent for the men around them,” sophomore Rachel Gonzalez begins the post.

Gonzalez applied for the position of student governor last November and said she was one of the only students to hand in her application on time and meet the criteria. After changes to the deadline and GPA requirement, a male student was chosen.

“I learned that you cannot fix a problem unless you talk about the problem, so I put my story out there knowing that it was going to make a lot of people, including myself, uncomfortable in order to create a change,” Gonzalez said.

However, the extensions and requirements changes were necessary, according to Vice President for Student Affairs Shana Meyer.

A Missouri Western committee — comprised of the current student governor and others — evaluates all submitted student applications and chooses the best three; those are sent to the Governor of Missouri, who makes the appointment. While sending three applications is mandated by the State, the 3.0 GPA requirement is not — and after not enough students applied, it was dropped.

“We did not have the candidates that we needed,” Meyer said. “We’re required to send three names in. We did do away with that requirement and then we did receive the three applications that we needed to send forward.”

It’s not the first time the university had to extend a deadline to find qualified candidates.

“It just depends on the year, students get busy,” Meyer said. “I’ve been here for three processes for student governor, we, unfortunately, had to extend the process every year. This year we had the least number of candidates that we’ve had in my time here on campus.”

Gonzalez said Paul Granberry III, who was chosen by Gov. Mike Parson as student governor, will do a “great job,” but he should not have been a candidate to start with.

“The school should not have submitted the name of someone who wasn’t qualified, who did not meet their criteria that they set forth in the application, to the governor in the first place,” Gonzalez said.

While Gonzalez writes in the article the incident is an example “of the barriers women face when applying for leadership positions,” she said her main issue is not with Granberry’s gender. Instead, she said he was the only person who knew about the changed GPA requirement.

“They sent him a private email and said ‘You don’t have to meet the GPA requirement,’ which is kind of why I decided to publish the article because I thought that wasn’t fair, to completely disregard part of the criteria just for one person,” Gonzalez said.

Meyer said she could not comment on students’ grades but the dropped GPA requirement “was made known” and Granberry was not the only student who benefitted from the change.

When asked how the change was made known, Meyer said this would have been up to the then-student governor, who was in charge of advertising the position.

Joseph Kellogg, who was student governor at the time, said he agrees with Meyer but did not respond to a question on Saturday about how the requirement change was advertised.

Both Gonzalez and Meyer indicated they would like to have further conversations about the situation.

“I would welcome the opportunity to sit down and talk with her a little bit more about the process and some things we could clear up a little bit,” Meyer said.