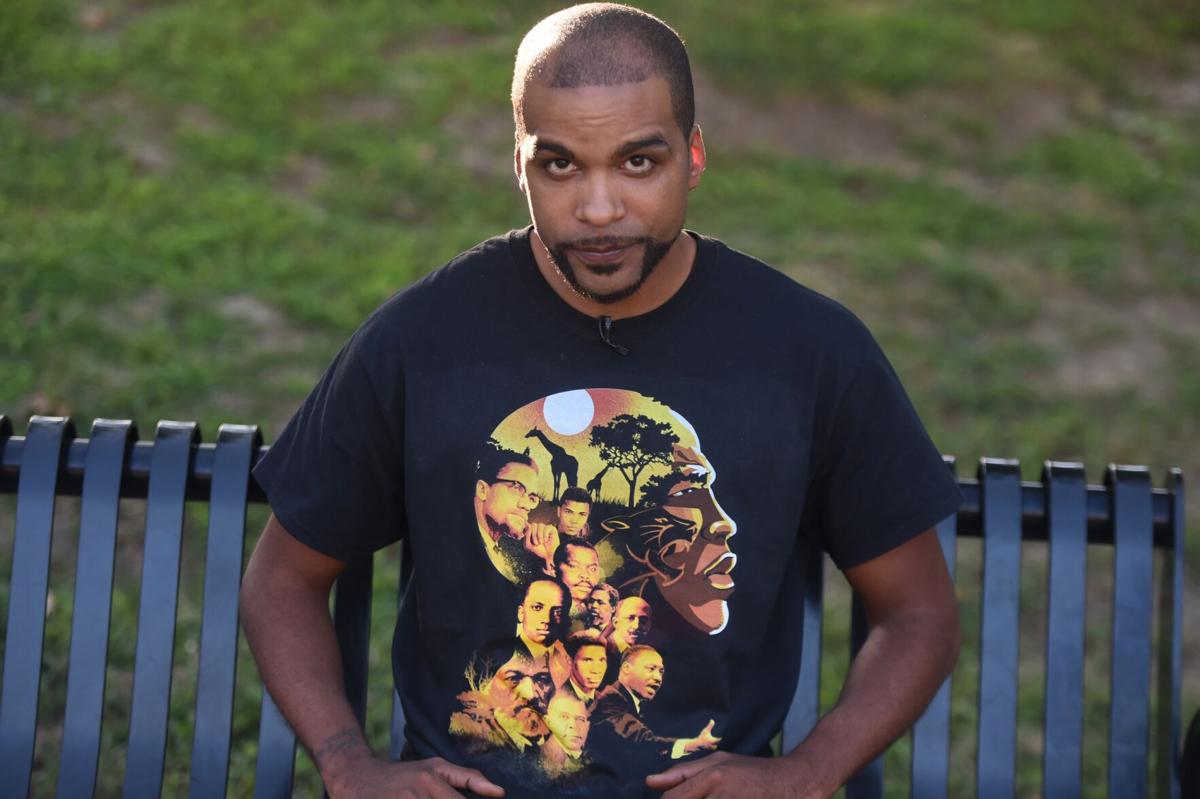 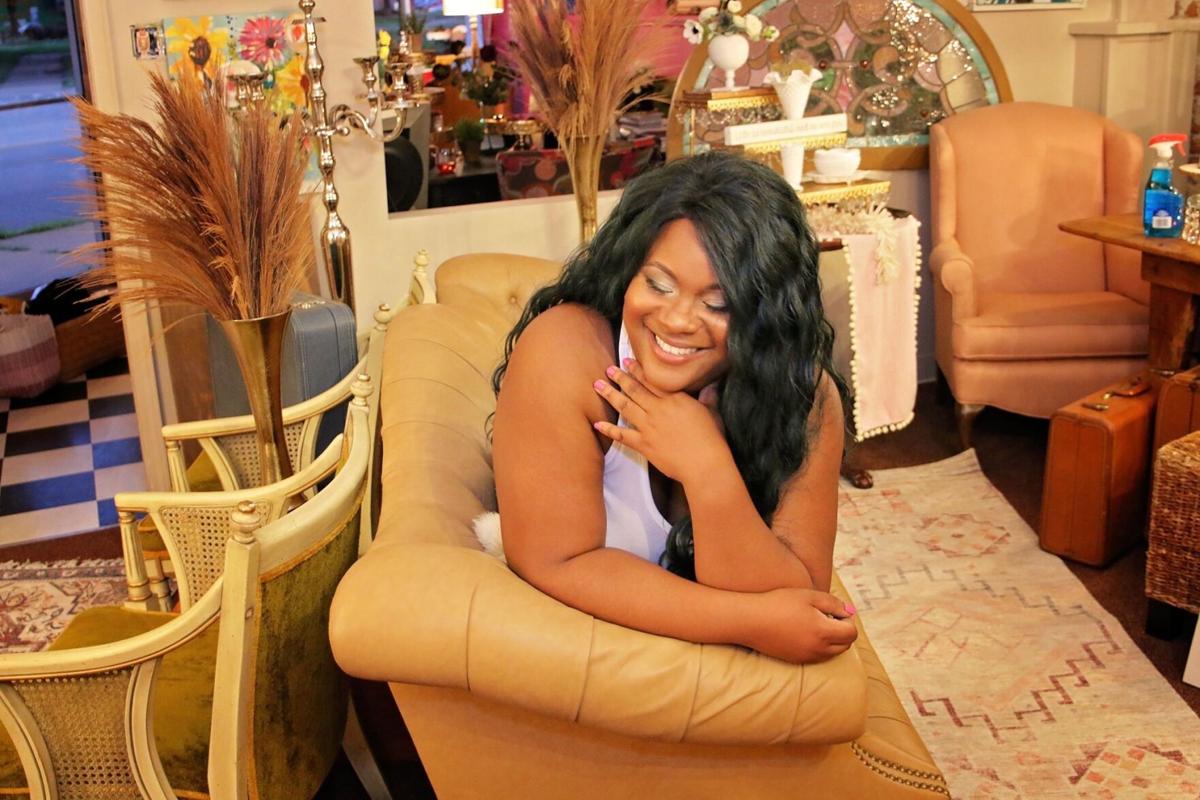 Left; LaTonya Williams is the associate director of the youth and community outreach at the Bartlett Center. Right; Dax Cruse sits on a bench at Coleman Hawkins Park wearing a shirt depicting important Black activists. 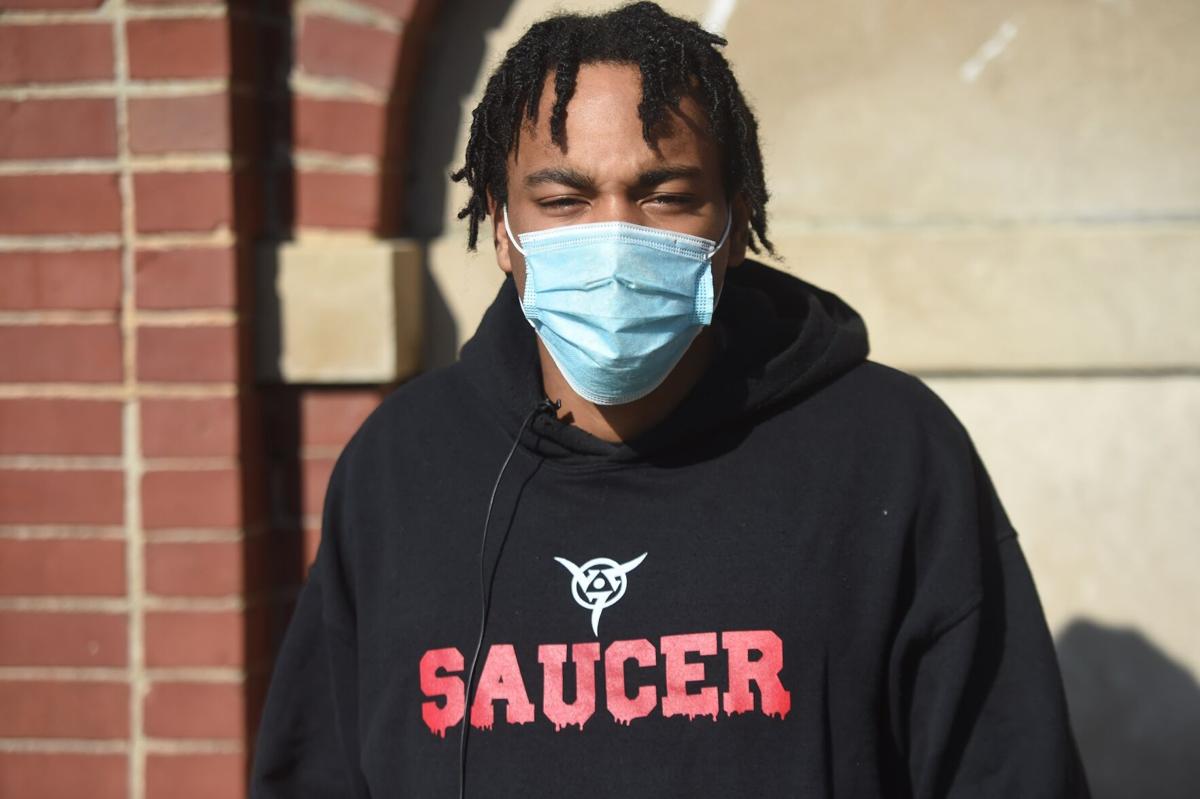 Kenneth Strader wears a face mask as he gives News-Press NOW an interview about racial issues in the area.

Left; LaTonya Williams is the associate director of the youth and community outreach at the Bartlett Center. Right; Dax Cruse sits on a bench at Coleman Hawkins Park wearing a shirt depicting important Black activists.

Kenneth Strader wears a face mask as he gives News-Press NOW an interview about racial issues in the area.

Racial trauma has been on the minds of St. Joseph’s Black population.

While it’s been a topic of discussion for decades, videos of recent shootings like George Floyd in Minneapolis, and Jacob Blake in Kenosha, Wisconsin, have brought it to the forefront. Now, local Black artists, organizers and teachers said it’s time to discuss it and solve it.

“When you see an atrocity going on with somebody that looks like you, you kind of feel that same pain. To see it broadcast over and over again, you know, it gets traumatic,” Dax Cruze, a St. Joseph resident said.

Long-simmering issues brought up in Black Lives Matter protests like police brutality, in which a study by the National Academy of Sciences shows 1 in every 1,000 black men can expect to be killed by police officer, equality and racism need to be addressed, they said. And it needs to happen offline.

“Racism is going to happen whether you talk about it or not, so we have to talk about it. We got to understand each other — that’s the biggest thing,” Kenneth Strader, a hip-hop artist and St. Joseph native, said.

Compared to years past in Buchanan County, where Black people make up about an estimated 6% of the population, or about 5,240 people, 2020 has been a fruitful year for conversations about race.

In June, MidCity Excellence and the Young Women’s Christian Association held their first rally to address racism in the area through positivity and discussion.

“We’re only one degree away from making this a better quality of life for all people in St. Joseph, especially people of color who have little to no representation in all systems of leadership and administration,” MCE CEO Kimberly Warren said at the event.

In a similar manner, St. Joseph’s Juneteenth event was a beacon of positive feelings and alliance, considering it almost didn’t happen until LaTonya Williams, the associate director of youth and community outreach at the Bartlett Center, took it over because of a need to celebrate Black freedom.

“I know that there’s issues in our community and everything like that. I get that, I know that. But it gave me a lot of hope and that people do care and they are trying,” she said.

This leads to the question — What are the issues? Where is the racism in the area and how do they process seeing videos of Black people getting killed on an almost weekly basis?

If you ask any minority in St. Joseph, Cruse said, they’ll tell you their own unique way of experiencing it.

For him, it was when he was 11, shooting hoops at the basketball court, when a group of white people were looking at him suspiciously. Cruse said a bigger kid whispered to a younger child to tell him something. The boy walked up to Cruse and called him a racial epithet. Cruse didn’t immediately react because he didn’t know how to process it.

Cruse said he pointed at the bigger kid to tell him he was a coward.

Now father to a 12-year-old boy, Cruse is thankful his son has yet to have to deal with that kind of racism firsthand. He said he’s taught him about respecting others, regardless of their profession, race or gender.

“You treat people with respect until they disrespect you,” he said.

Black people in St. Joseph such as Cruse and Strader can tell lengthy stories about being targeted by police near their homes, where they said they were minding their business, not committing any crimes. The incidents shook them up and lessened their trust in law enforcement.

As his son is growing up, Cruse said that while he respects police, there’s also inherent skepticism when he sees them.

“He takes a notice on his own. I don’t have to make a comment about it. He sees them down the street and he sees them looking at them just a little too strong. He shouldn’t have to feel that way,” Cruse said.

At the Barlett Center, Williams said children there acted in a similar manner after the alleged murder of George Floyd.

“At the beginning of everything, the cops would come in the neighborhood and the kids in my program would be like, ‘I’m afraid’ and they would hide and cry,” Williams said.

As police would show up to talk to the students, she said the fear dissipated and they met on a personal level.

“Now, they’re hugging the cops, getting on their backs. They know their card numbers around town and everything and they’re not afraid,” Williams said.

While those discussions continue, so do the endless loop of videos of Black people getting, like George Floyd dying with a knee on his neck or Blake getting shot seven times.

As a mother, Williams said she doesn’t stop her children from seeing them. As she said, they’re necessary snapshots of reality for a Black person.

“We have had lots of talks. And as a mom, it’s uncomfortable to admit to your kids, at times, there’s nothing you can do. Or that you can actually do everything correct and you could still die. I mean, as a mom, you don’t want to have to tell your kids that, but it’s our reality,” she said.

Similarly, Cruse said there’s no protecting him from videos of Black people being killed. For awhile, it was a worry for him to be protected from them. Now, it’s a conversation starter.

“I would always think about ‘When do I start having these conversations with him? When do I introduce this?’ Through time, it’s so out here and wide open in the public and on people’s faces that you really can’t hide from them. They’ve seen it on their own,” he said.

As more videos of racial trauma and death continue to be shared on social media, so are discussions on how to stop it.

Cruse said he’s been in talks with other members of St. Joseph’s black community on how to bring some positive energy to the area. The MCE said that its “Hate Has NO Home” event was just a start for efforts for racial equality in St. Joseph. Strader said he wants to get a more positive mood out there through his music and events.

For children growing up in this environment, Cruse said they’re realizing racial difference early with adults there to guide them in what he hopes is a positive direction.

“The one thing that always I tell people with these conversations is that we’ve got to start with our children. For one, they’re the future and two, they start out innocent. It’s the things that you teach them in their influences of their surroundings and the morals that you instill in them,” he said.

For adults, people like Strader and Cruse see it as harder to break through, as misunderstandings about movements like Black Lives Matter through social media and systemic racism already have poisoned the waters of those talks.

“Every death is important. People didn’t realize this is actually a problem and it should have always been a problem. It seems like in society, it takes a little bit more hammering for people to realize what’s going on,” Strader said.

The best way to address it, they said. is not with arguments on Facebook or replies on Twitter, but face-to-face discussions.

“I think (social media) does a lot of good in a lot of other ways. But I think on things like this, at times, it causes way more issues. (In person), the discussions are not as rude, evil or disrespectful,” Williams said.

Cruse agrees. As he is trying to establish ways to encourage more discussions between races, he said the move away from those happening online are needed.

“I just hope people can come around and get a real understanding of what it is to be Black in America. You’ve got to understand first before you can speak on anything like that,” he said.

Note: An earlier version of the story incorrectly classified Jacob Blake's shooting as a murder. It has been corrected.

MSHP concerned over injuries and fatalities in vehicle crashes