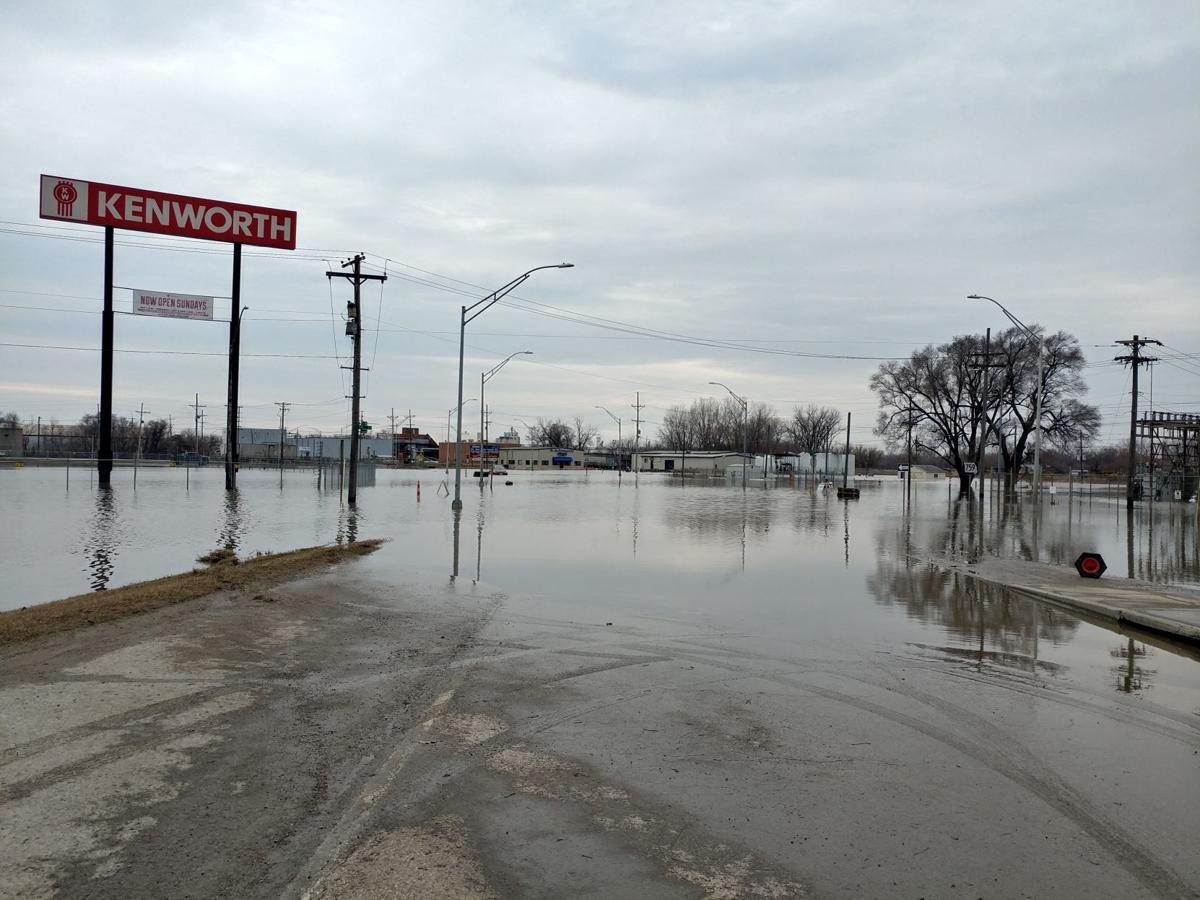 Some water on the Stockyards Expressway has receded, but much of the area still remains flooded. 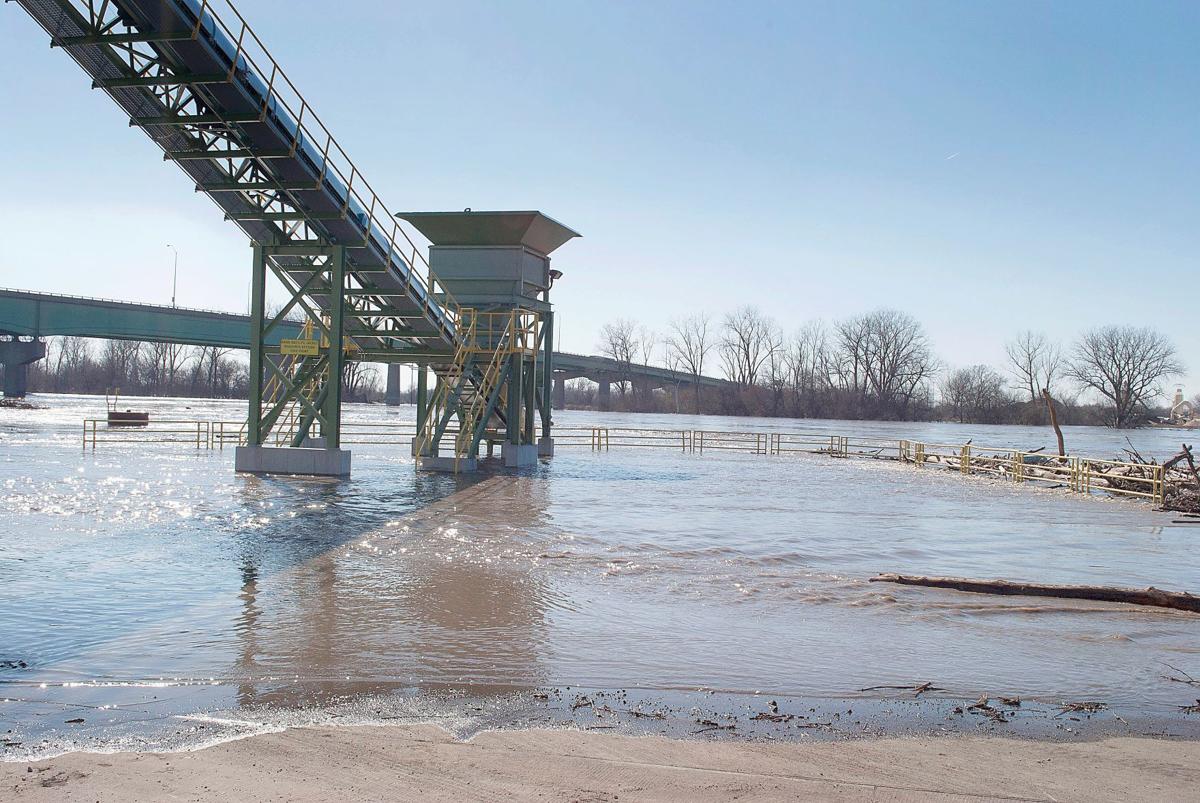 Water from the Missouri River rises Thursday around the St. Joseph Port Authority site. The structer was completely surrounded by water Friday at the river was nearing 32 feet. 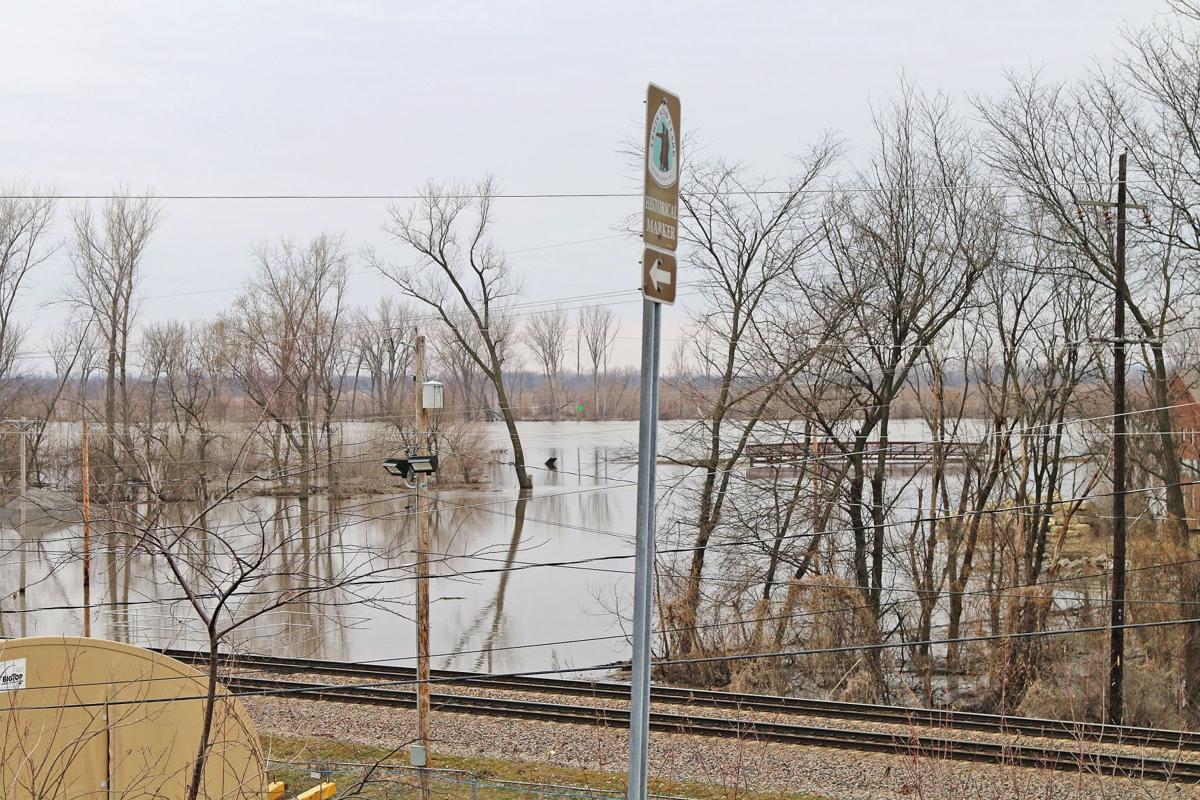 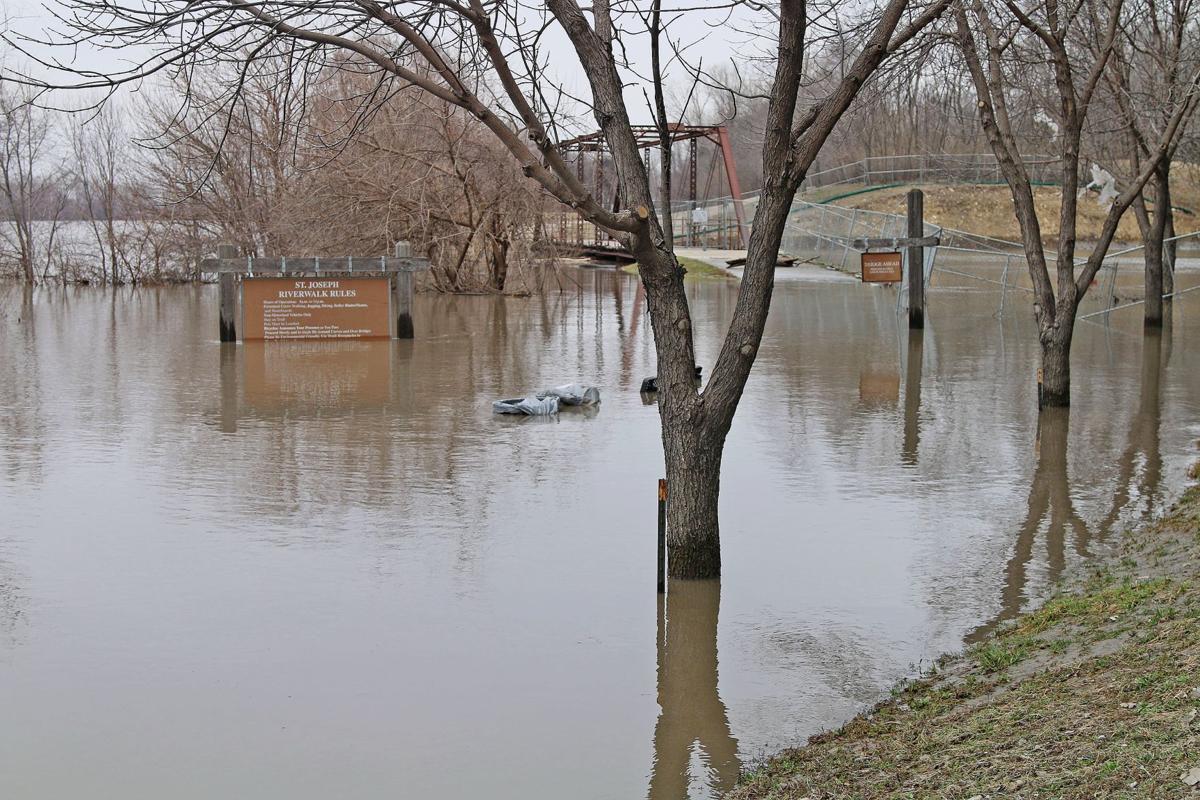 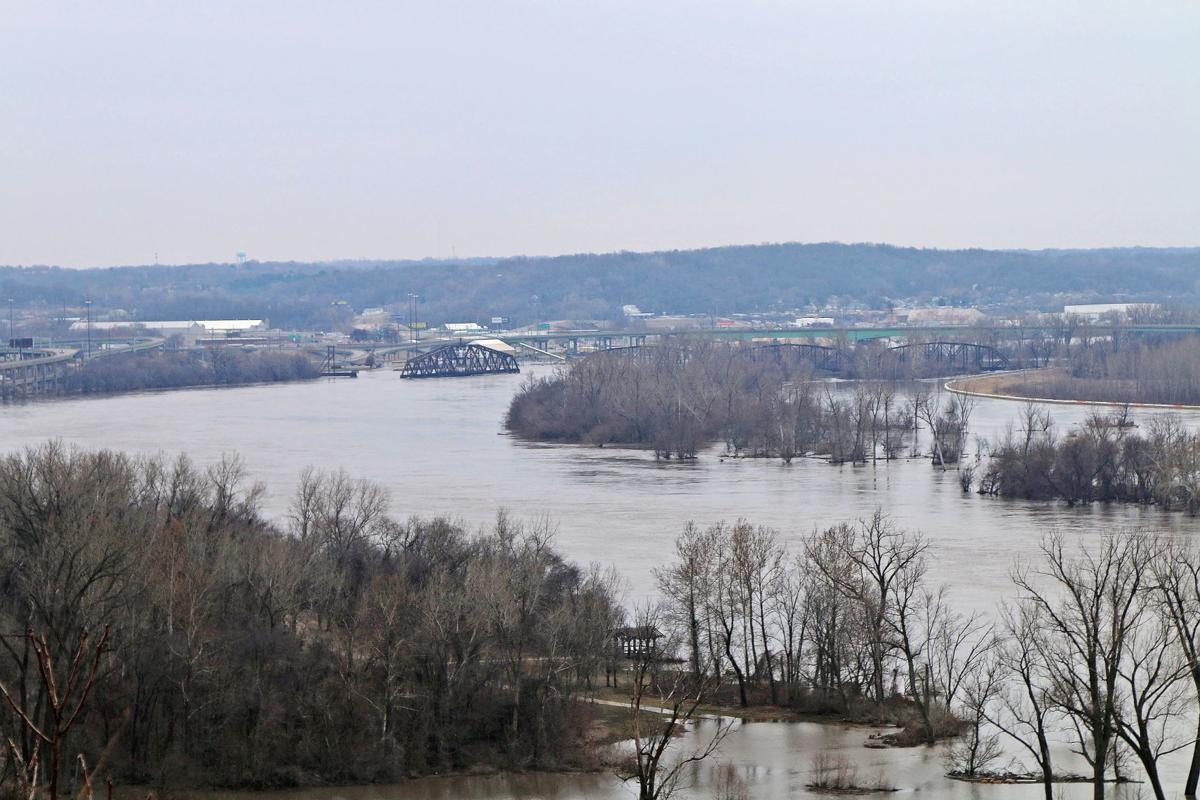 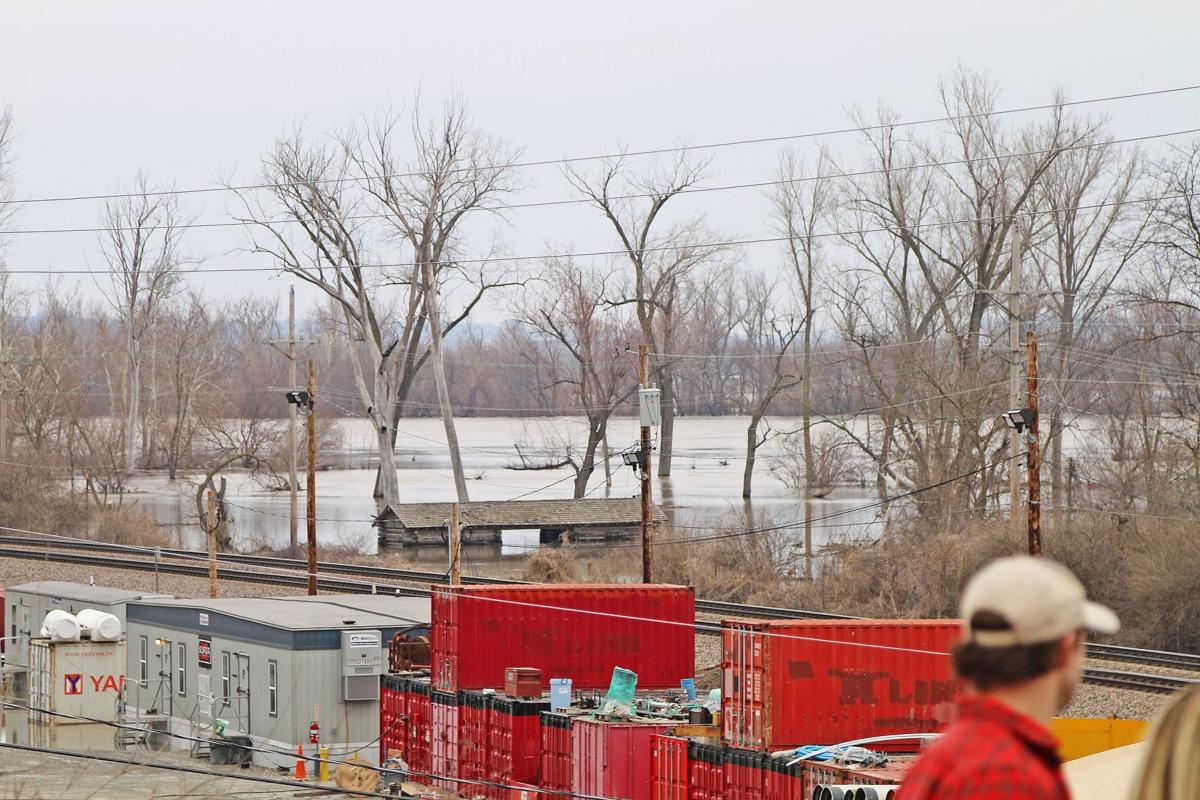 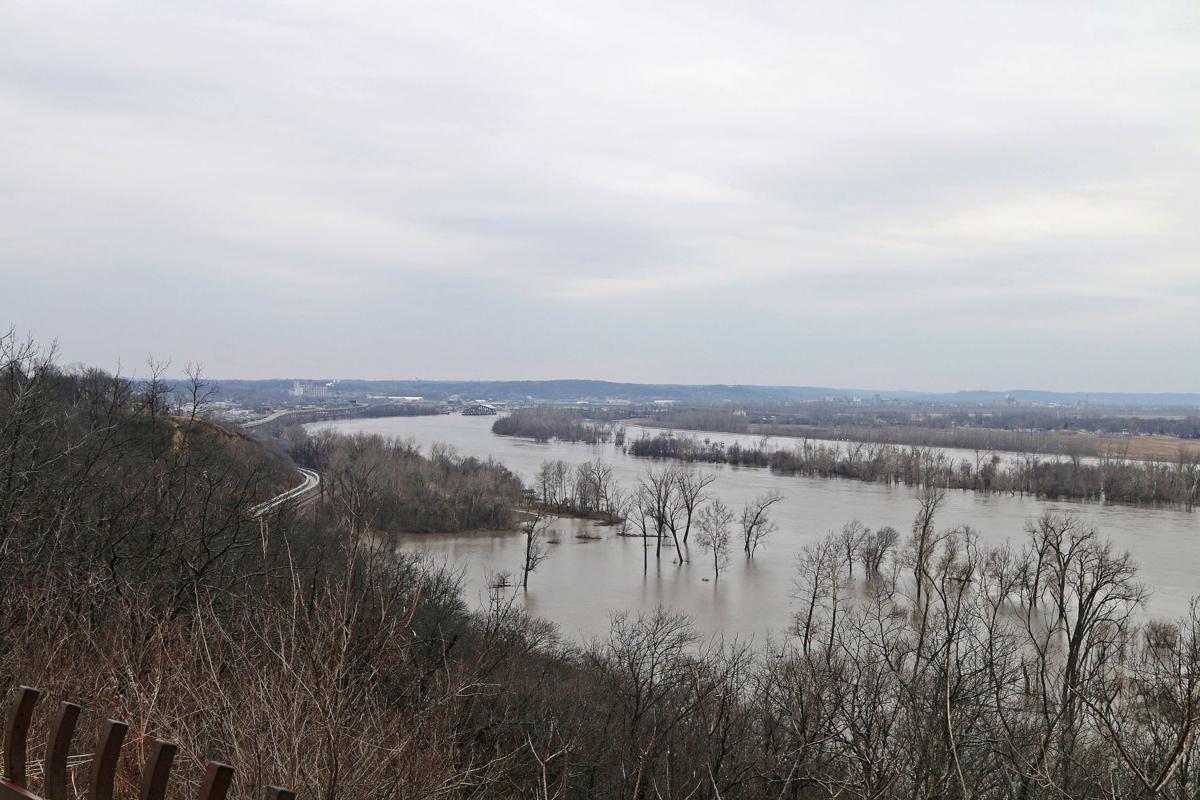 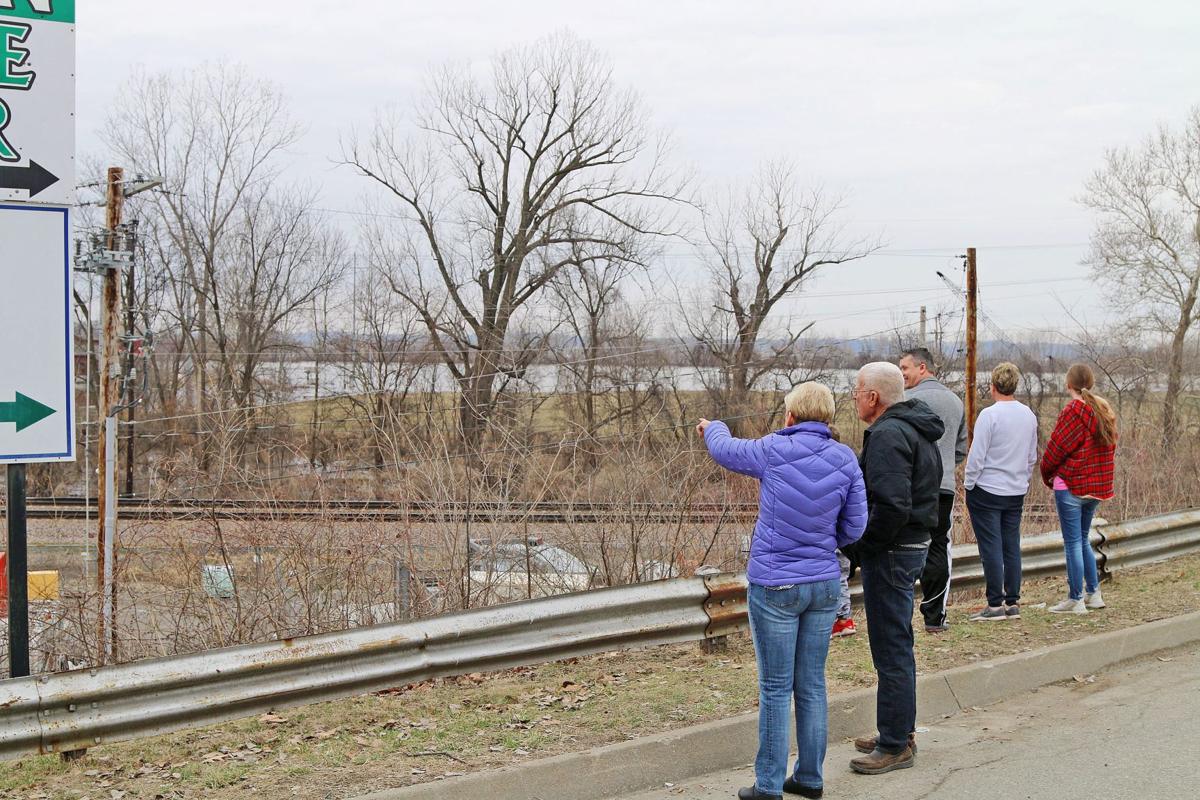 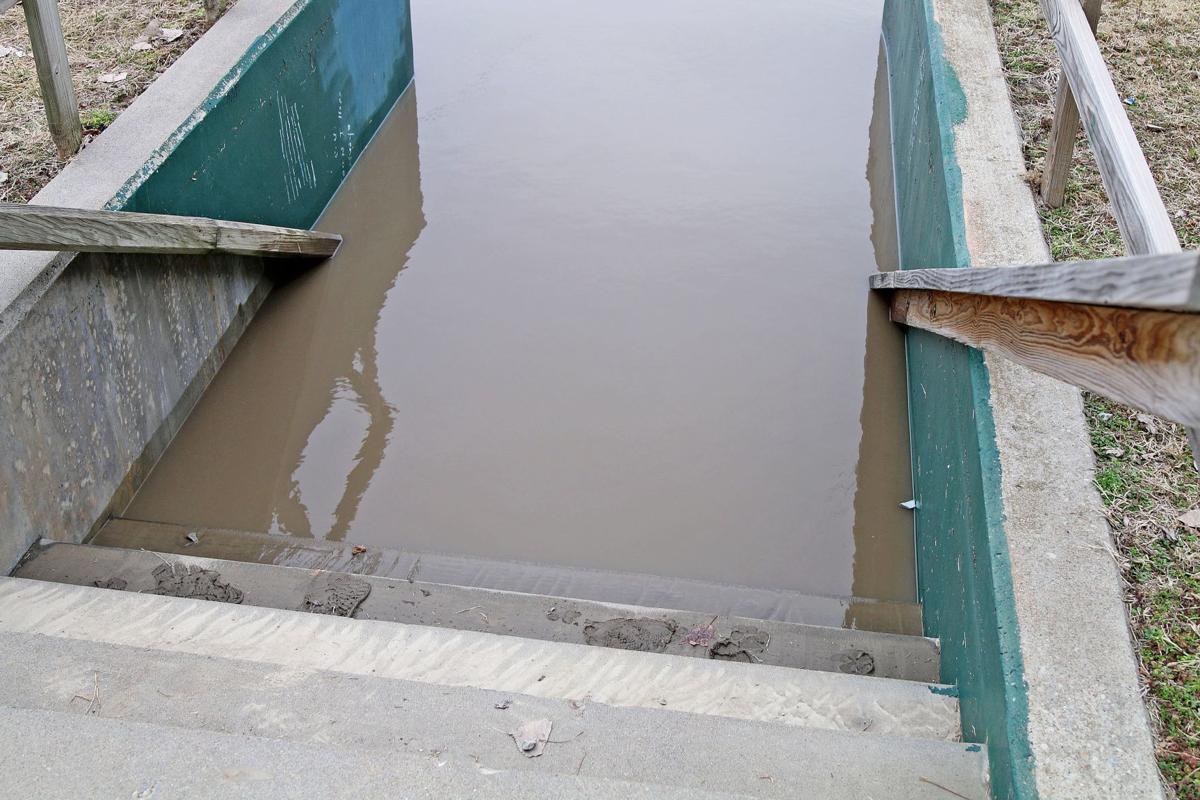 Some water on the Stockyards Expressway has receded, but much of the area still remains flooded.

Water from the Missouri River rises Thursday around the St. Joseph Port Authority site. The structer was completely surrounded by water Friday at the river was nearing 32 feet.

The City of St. Joseph lifted the evacuation order for South Side neighborhoods Saturday morning.

"As a result of the river elevations falling to 31 feet this morning, along with the continued receding levels, the evacuation order for the city of St. Joseph and Buchanan County have been lifted," city staff said in a press release.

"This notice is for those residents and business behind the L-455 levee, which includes St. Joseph and the Lake Contrary area. Individuals and businesses are now allowed to begin the process of moving back into their homes and properties."

The Stockyards Expressway remains closed, and a red sedan that was nearly underwater Friday still has water up to the wheel wells on Saturday afternoon.

Besides the Stockyards Expressway, only two other roads were closed: Cedar and Waterworks streets.

"Their homes are probably completely flooded," he said.

Brinton said all of the roads near the village are closed.

Officials at the Keys Christian Fellowship Center, which is now an emergency shelter, said the only people left in the shelter are from the Kansas side of the river in Elwood. They added the shelter will be open at least one additional night.

Triumph Foods also announced Saturday morning that the company will resume normal operations and asked that employees report to work as scheduled.

The city said the St. Joseph Police Department will continue checking the evacuated areas throughout most of the day and will work to help expedite this process in an organized manner.

The department also maintained a presence in the area Friday night as a measure of security for those moving back in their homes and businesses.

The city urged citizens, especially those in the evacuated areas, to "remain cautious and watchful until the river recedes to a lower level."

The Missouri River crested at a record 32.2 feet Friday.

Several areas, including Elwood and neighborhoods in St. Joseph's South Side, were evacuated over the past two days.

The National Weather Service's prediction charts indicate that river levels are expected to drop steadily over the coming days.

"If you look at the graph it appears that the river is falling and is going to go down," Brinton said.

St. Joseph could be out of what the NWS classifies as "major flooding" as soon as Sunday afternoon. The Missouri River isn't expected to completely stop flooding until sometime in the week after next.

Upstream, Holt County Commissioner Tom Bullock told the News-Press that a levee near Fortescue is still in danger of overtopping.

"We're still fighting the water," he said. "They got some water trying to come over the levee there."

Rick Howell, public information officer for Doniphan County, said the flooding could have been worse in Kansas and Missouri if the levee had breached or overtopped.

"In fact, the whole town of Elwood would be underwater, including Wathena, which is just two miles down the road," said Howell.

"This was kind of a low area and so they put the tarps on and put the sandbags on it because it was getting a little wet underneath," said Lewis.

The U.S. Army Corps of Engineers will inspect the levee once the water goes below the major flooding stage.

It's unclear how long recovery efforts in the area will take, though a Red Cross official said the organization would complete a disaster assessment soon.