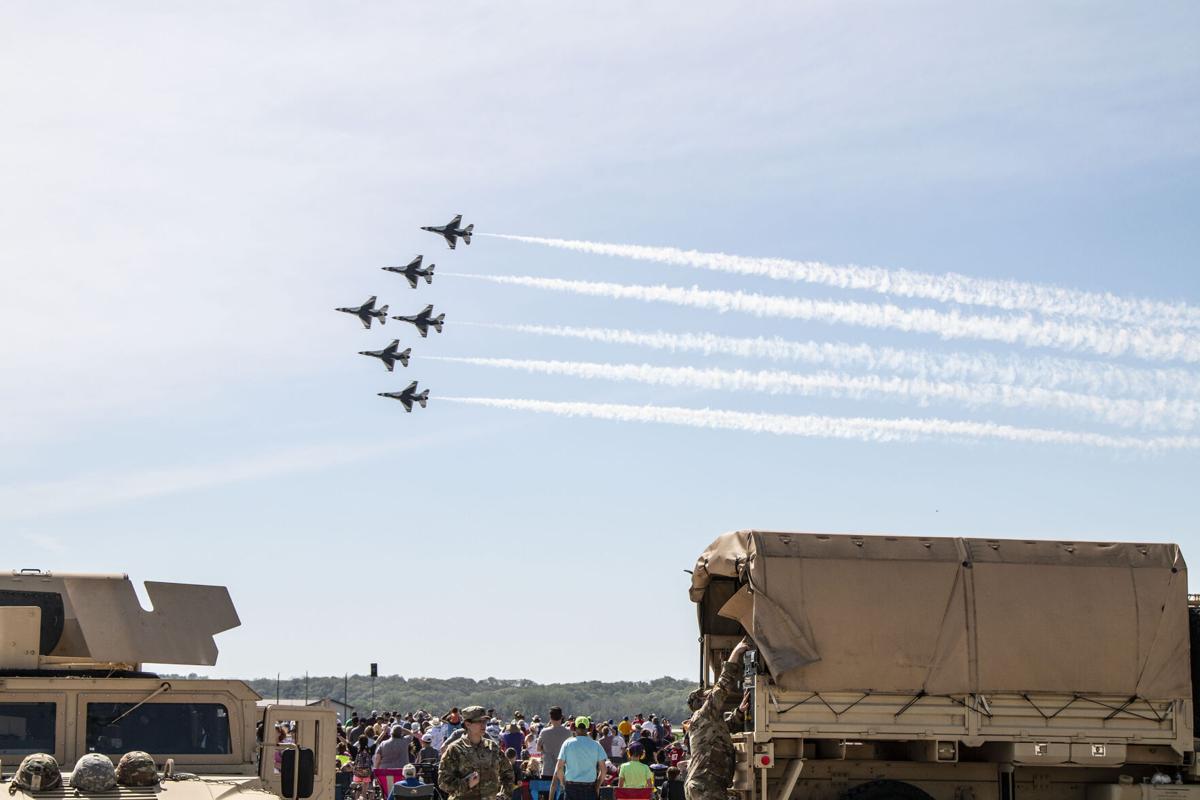 Thunderbirds are shown flying over a crowd of people watching the airshow Saturday at Rosecrans Memorial Airport. 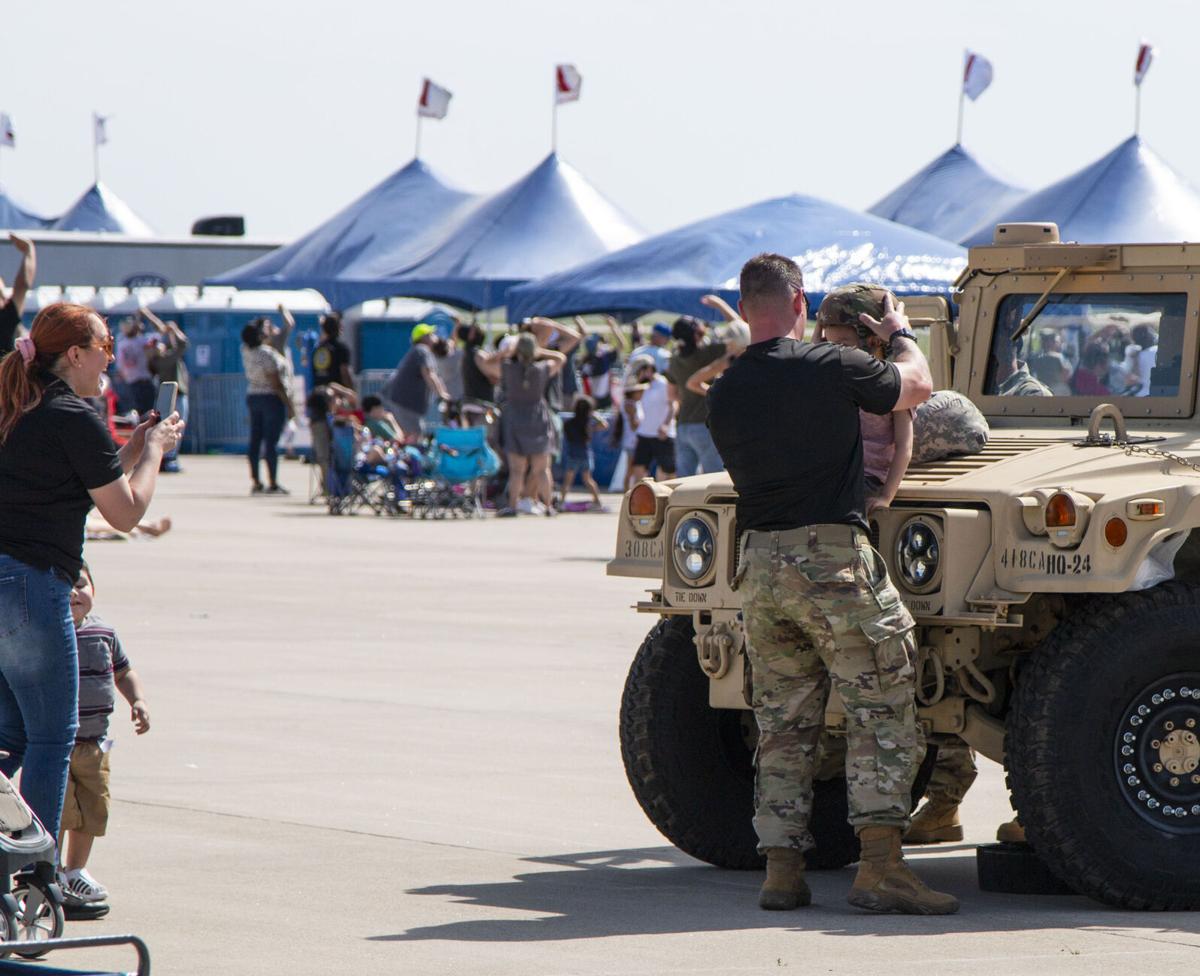 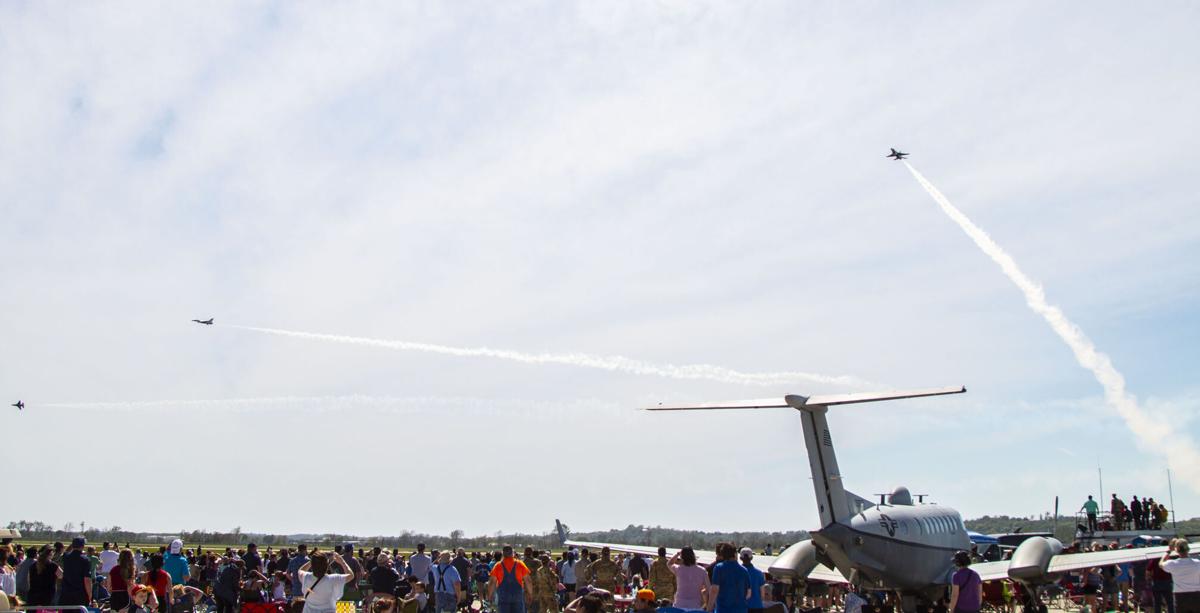 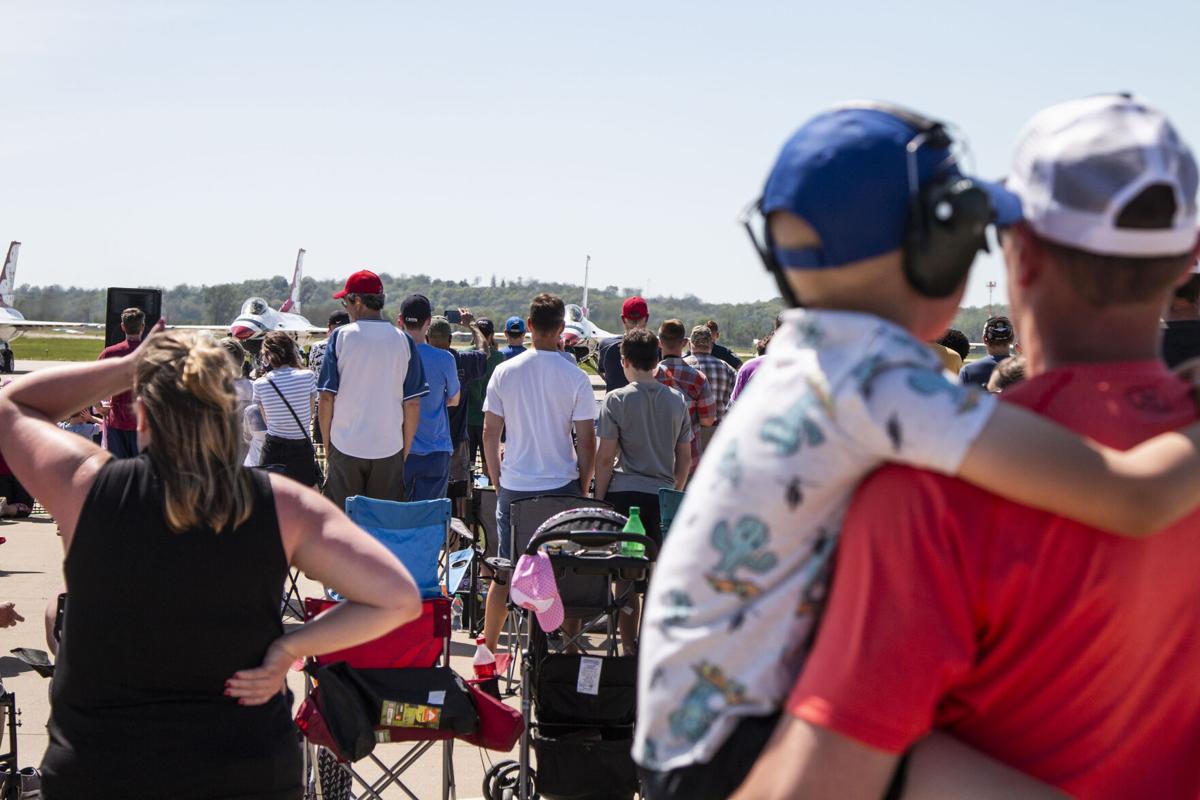 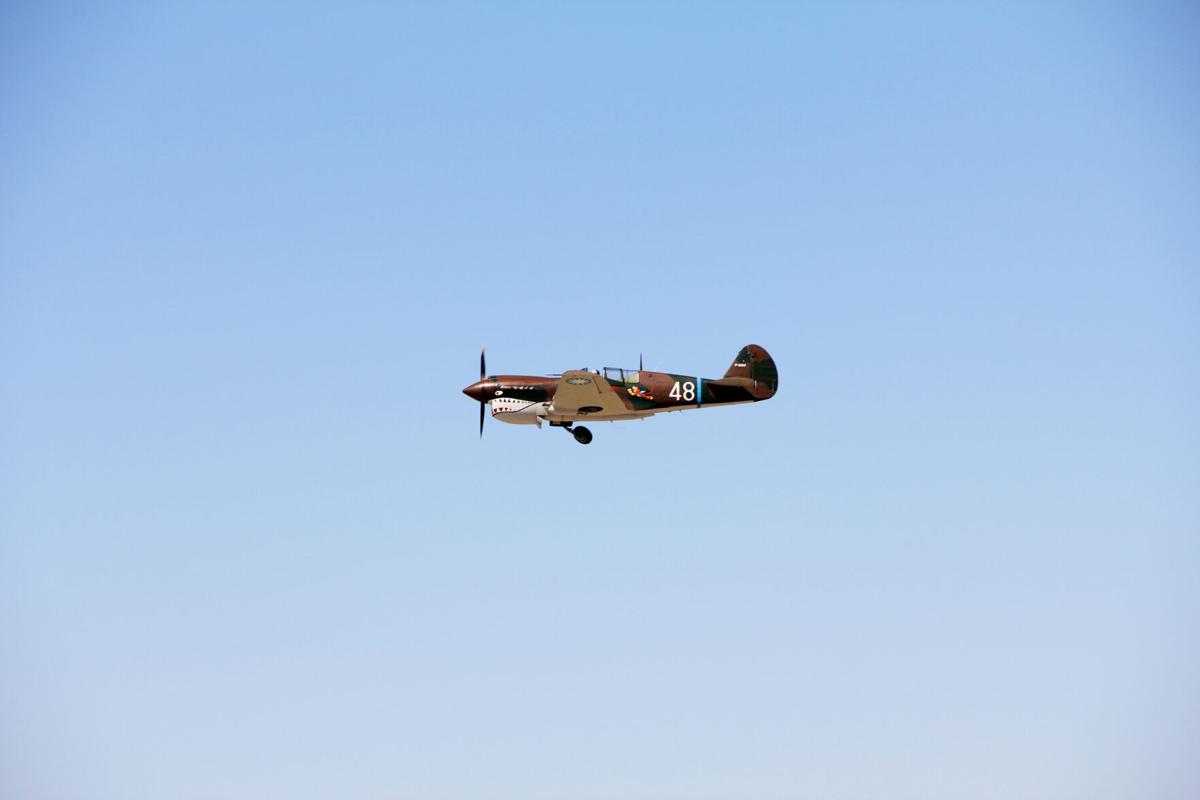 Congressman Sam Graves flies at the Sound of Speed Airshow Saturday at Rosecrans.

Thunderbirds are shown flying over a crowd of people watching the airshow Saturday at Rosecrans Memorial Airport.

Congressman Sam Graves flies at the Sound of Speed Airshow Saturday at Rosecrans.

Thousands of spectators funneled through the lines during the final day of the Sound of Speed Airshow at Rosecrans Memorial Airport.

Performances from United States Air Force Thunderbirds, Shetterly Squadron, the Aftershock Jet Fire Truck and rides inside a Bell 47 Helicopter made for a successful end to the weekend at the 139th Airlift Wing.

Another local Airshow attendee, Don Swanson, who has his pilot’s license, sees the beauty in the coordination and appreciates the kind of work the pilots in the Airshow are able to do.

“This is wonderful,” said Swanson. “We get to see stuff that we’re not allowed to do and to see pilots that have the ability to do it on a regular basis, it’s fun.”

The Sound of Speed Airshow even attracted some of the state of Missouri’s most well known politicians including Secretary of State, Jay Ashcroft R-Mo. and Congressman, Sam Graves R-Mo.

“Who can’t be a fan of planes?” said Ashcroft. “Hasn’t every one of us ... wanted to be a jet pilot when they grew up? I didn’t make it, but I love to celebrate those that did.”

Congressman Graves, a pilot in his own rights, believed the event was a great way to shed a light on those who serve at the 139th.

“This is great for St. Joe. It’s great for the community and the economy and it’s good to highlight the 139th Airlift Wing too. That’s obviously our hometown folks in the Air Guard, and so anytime we can highlight them and show what great work they do is a good thing,” said Graves.

Congressman Graves even showcased some of his piloting skills at the Airshow by flying an aircraft for spectators. Flying is something he has been familiar with for some time even before his years in politics.

“It’s pretty neat,” said Graves. “I was flying airplanes long before I was ever in Congress. I’ve been flying now for two or three decades.”

The Sound of Speed Airshow was even graced with a flyover from a B-2 Spirit Bomber on both days. B-2 Spirit Bombers are based at Whiteman Air Force base where there are 20 total bombers stationed.

Jacob Meikel can be reached at jacob.meikel@newspressnow.com.