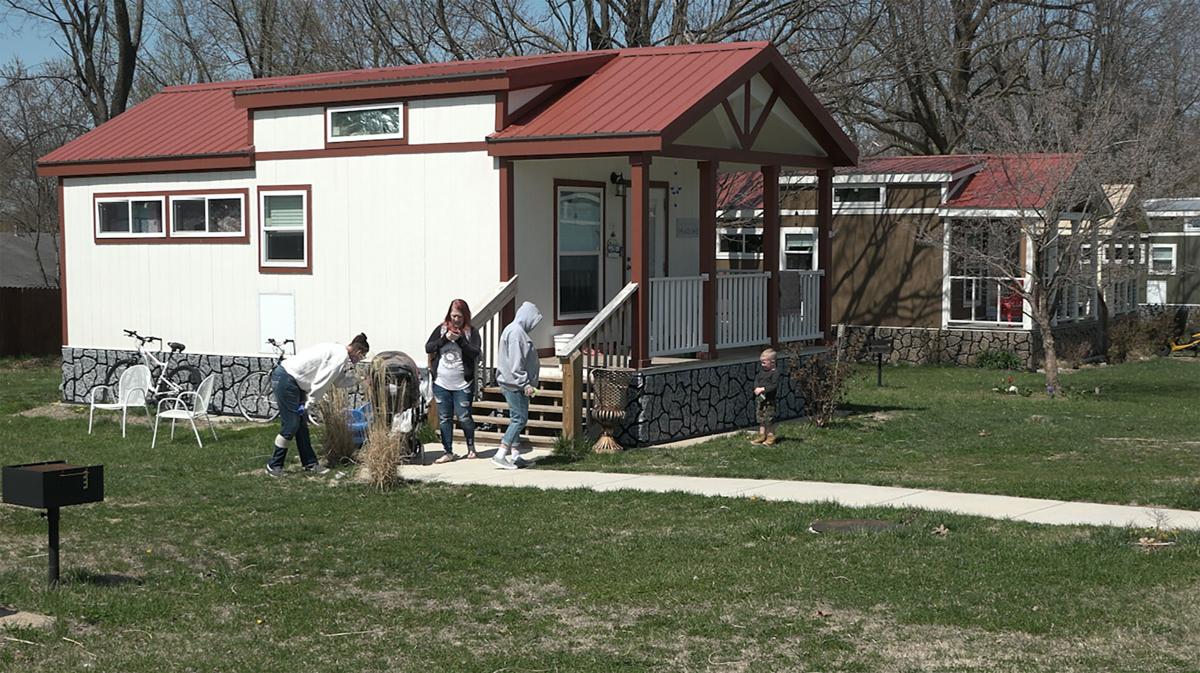 Daniel Creighton spends time with some of his grandchildren who came to visit him March 31 at the ‘I can only imagine’ tiny home where he lives in Eden Village in Springfield, Missouri. 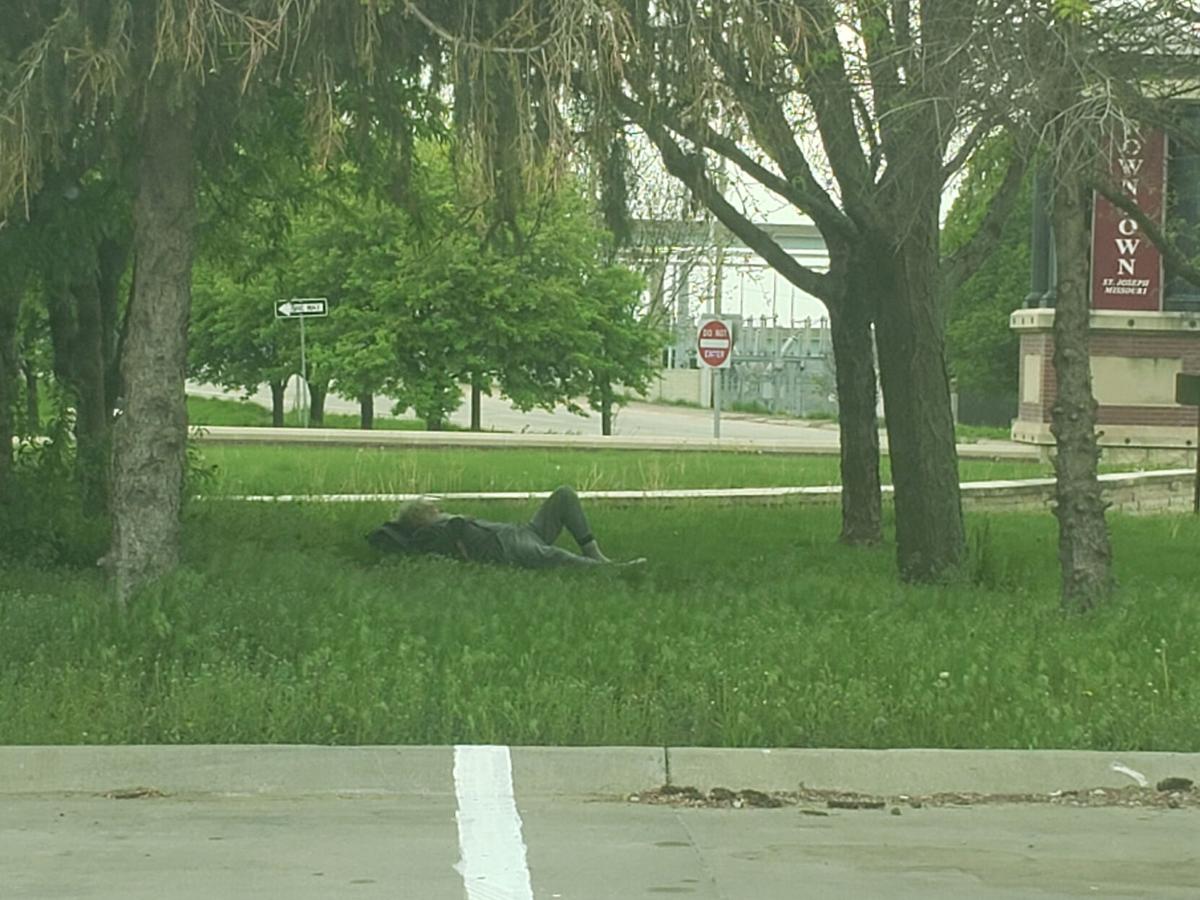 A homeless individual sleeps in the grass in late April at Edmond and 3rd streets in St. Joseph. 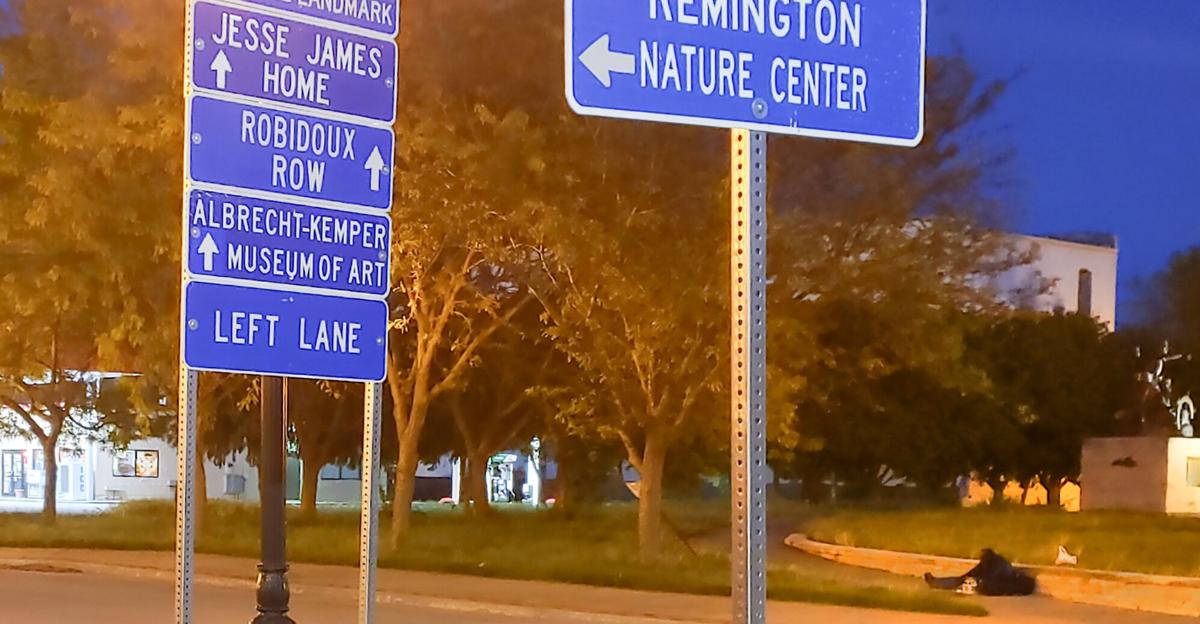 A homeless individual sleeps outside in May at 3rd and Edmond streets in Downtown St. Joseph.

Eden Village in Springfield, Missouri, has 31 homes inside its first development and each resident pays $300 in rent. Each home is roughly 400 square feet.

Daniel Creighton spends time with some of his grandchildren who came to visit him March 31 at the ‘I can only imagine’ tiny home where he lives in Eden Village in Springfield, Missouri.

A homeless individual sleeps in the grass in late April at Edmond and 3rd streets in St. Joseph.

A homeless individual sleeps outside in May at 3rd and Edmond streets in Downtown St. Joseph.

Eden Village in Springfield, Missouri, has 31 homes inside its first development and each resident pays $300 in rent. Each home is roughly 400 square feet.

A local agency is considering a small solution to a big problem in St. Joseph.

Community Action Partnership of Greater St. Joseph had proposed housing the chronically homeless in six tiny homes that would be placed on the southeast side of town on Joyce Lane. However, those plans stalled due to issues including community pushback, the agency’s takeover of the largest homeless shelter in the city and the COVID-19 pandemic, all of which slowed down progress in the past year.

Housing individuals in congregate living, such as the emergency shelter located at 629 S. Eighth St., has proven to not be a viable solution over time. That’s why the agency is currently reorganizing its plans to house the homeless, according to CAPSTJOE Executive Director Whitney Lanning.

“We’re consistently full from 50 to 60 people that if we didn’t have the emergency shelter, they’d be having to make other accommodations for themselves,” Lanning said. “Our agency really thinks that tiny houses is a solution worth looking into.”

A chronic homeless person has been without housing for 12 months and has either mental illness, substance abuse issues or a physical or learning disability, a definition that comes from the United States Department of Housing and Urban Development. This differs from a situational homeless individual, who could be temporarily unhoused because he or she lost a job or was evicted.

Federal grants have emphasized single-housing units for both of these types of homeless. The economics behind that decision may make better sense, and there has been success inside Missouri when shifting individuals away from congregate living.

However, some residents are hesitant about having those trying to transition out of homelessness as neighbors. Some are worried about behaviors and a drag on property values, others cite cost as a concern.

But multiple resources have shown that individuals who have lived outside for at least a year, meaning those who are chronically homeless, cost taxpayers on average more than $30,000 per year in emergency room visits, cycling in and out of jail or psychiatric center visits.

Sometimes the frustrations from community members on housing the homeless may actually stem from the lack of affordable housing being built in St. Joseph and the United States as a whole.

Rent that is $550 would likely be too high for someone with a HUD-designated disability. These people sometimes qualify for Social Security, but most permanent, supportive housing for the chronically homeless only requires them to pay 30% of their income towards housing.

An individual with no dependents making the $10.30 minimum wage in Missouri and working 40 hours per week would bring home an estimated $1,472 per month. Rent would need to be $441.60 or less for that to be 30% of their income.

It takes a village

Tiny homes are a solution that’s seen success in other communities, including with the nonprofit Eden Village in Springfield, Missouri, which houses the chronically homeless in small residences.

Building a tiny home costs Eden Village about $40,000 per dwelling. The first village of 31 homes cost $3.3 million to build and was largely paid for by donations. Banks, real estate companies and even private citizens have sponsored homes and helped with designs. That first development already had sewer hookups because the agency purchased a vacant trailer park, similar to CAPSTJOE’s plan on Joyce Lane in St. Joseph.

Eden Village charges residents $300 rent for their roughly 400 square feet of space. If the agency wanted to break even on what is spent on staff, maintenance, utilities and maintaining the neighborhood, the estimated rent would be $550 per month.

However, by the very nature of nonprofits that is not the goal, said Linda Brown, the co-founder of Eden Village.

“The community has seen what we’re doing, and they’re impressed … they see that it works and so they’re behind us, 150%,” Brown said.

That wasn’t the case in the beginning, but three years in Brown boasts they’ve raised the surrounding property’s value.

Eden Village resident Miranda Barrows said many in the community have come to realize living near the tiny home colony isn’t the problem they may have expected it to be because the formerly homeless tend to change their behavior when they have stable shelter.

“Once you go from living on the streets to a house, you don’t act the same when you live in a house,” Barrows said. “They’re not going to have the same mindset of doing whatever they have to do to survive or to meet their basic needs.”

With a home, people have a shower, an address to put down on a job application and a place to take their groceries, she said.

Barrows grew up in foster care and didn’t have much family to help her to get the stability that many desire in life. Then she was hit by a truck when she was crossing the street in Springfield when she was six months pregnant. She spent five months in the hospital and, unfortunately, lost her child.

The accident caused her to live with a disability, and she was advised by a friend to put in an application at Eden Village.

“It’s not too big, it’s not too small,” Barrows said of her tiny home.

Daniel Creighton also lives in a tiny home with his wife. They struggled with addiction for several years, he said.

“We’ve done a complete 180. We went from life on the streets of drugs and meth,” Creighton said. “We’ve been off the meth for — we’re going on five years. We have established a home, I have a good job.”

Before the tiny home development on the property, Creighton said he used to get high inside the trailer park.

Not all the people who are housed at Eden Village live there forever. Some can’t convert to the lifestyle and others die due to declining health.

Eden Village has two tiny home villages. A third is planned along with a campground.

CAPSTJOE also is looking at pallet shelters as a possible future for housing situational homeless.

Pallets are smaller than tiny homes. They’re between 64 and 100 square feet in size, depending on the option selected. They do not come with bathrooms or kitchens.

This would be a temporary housing option, similar to the emergency shelter. It would be utilized by an individual until he or she can get back on his or her feet.

At this point, CAPSTJOE is exploring locations for pallet structures and tiny homes, but the plans do not include the property on Joyce Lane. The timeline is also under review, but Lanning said she would like to see both happen sooner than later.

A tiny solution for a big problem

Miranda Barrows had an unfortunate accident that left her with a HUD defined disability. At the time accident she was pregnant and lost her ch…