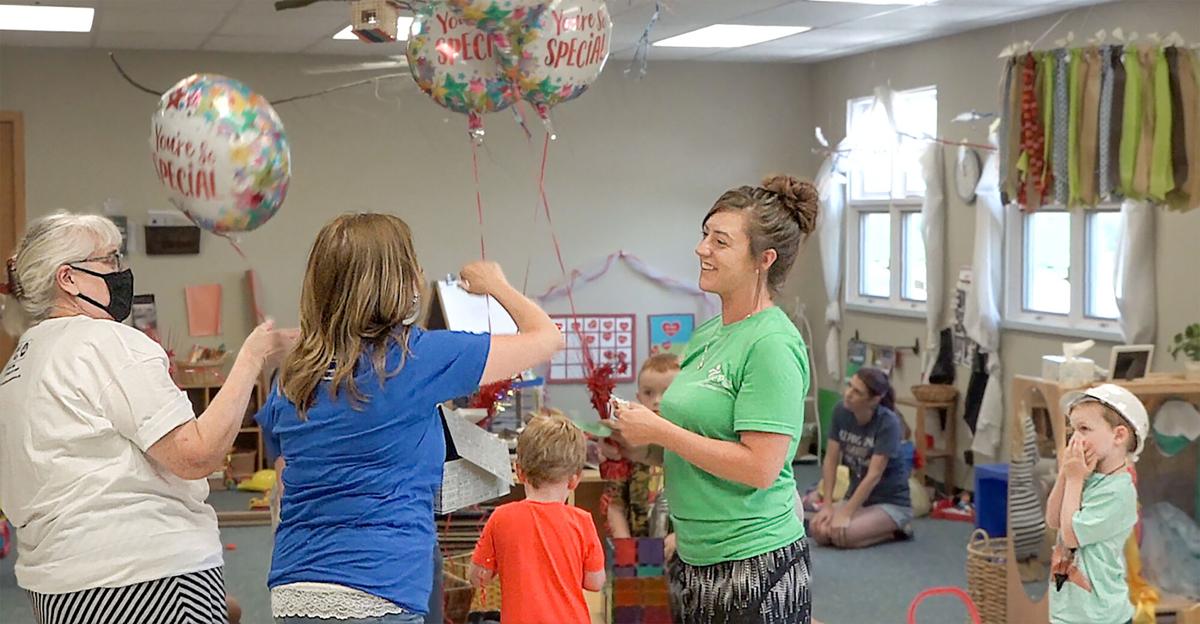 Colynn Chesney, far right, receives a balloon from volunteers at UCP on Wednesday. 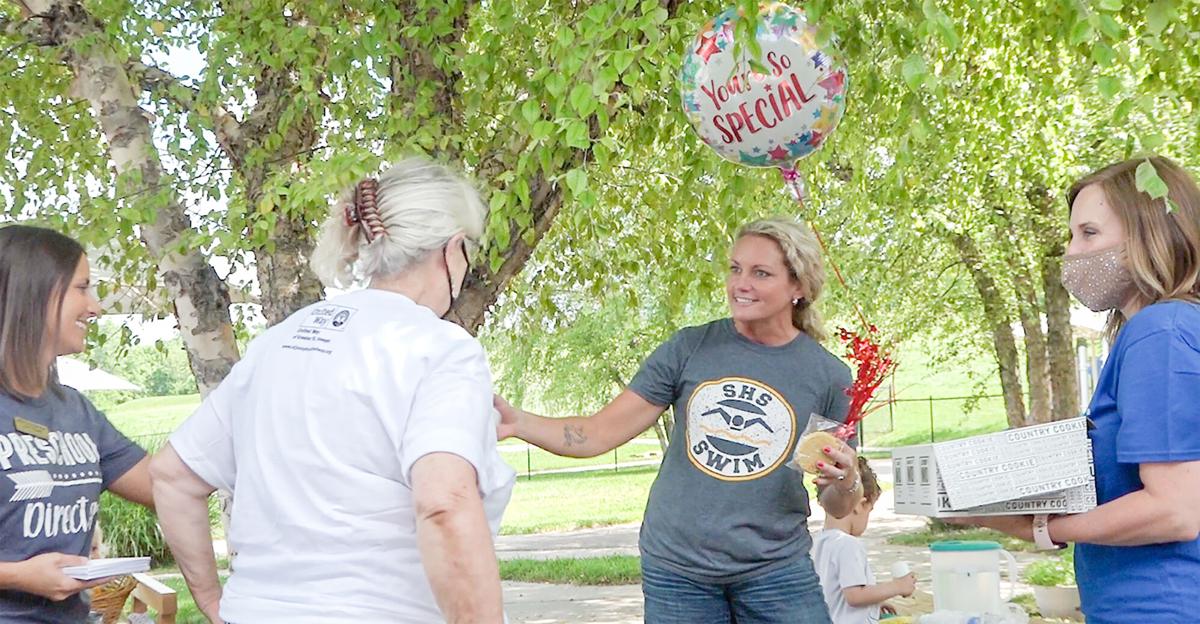 Childcare workers were thanked by the United Way and Junior League of St. Joseph for their efforts this past year.

Colynn Chesney, far right, receives a balloon from volunteers at UCP on Wednesday.

Childcare workers were thanked by the United Way and Junior League of St. Joseph for their efforts this past year.

The popular saying, “It takes a village to raise a child,” rings true in any community, but it’s not often that childcare providers are recognized for their role in the upbringing of kids.

However, Wednesday was different with staff and volunteers from the United Way of Greater St. Joseph and the Junior League of St. Joseph visiting childcare centers with a special thank you.

Staff at La Petite Academy and United Cerebral Palsy of Northwest Missouri were among those surprised with cookies, thank you cards and balloons from volunteers like Dana Ferguson and Jane Burton.

Colynn Chesney was one of the recipients at UCP.

“Working childcare during COVID was definitely an adjustment, lots of new cleaning routines,” Chesney said. “The children and families that we provide services for are exceptional and I love working here. I love my job.”

Chesney is also a parent of a 5-year-old, so she has seen how important childcare providers are from the other side of the aisle.

United Way President Kylee Strough initially applied for the grant to make the surprise happen, but her organization was denied an initial request for $500. However, the United Way applied again and was awarded $2,500 a couple of months later.

“What happens, birth to 6 years old is a tremendous amount of brain development, so anything we can do to keep these early educators in their field providing this good, high-quality care is something we want to be a part of,” Strough said.

About 10 volunteers loaded their cars up with cookies and balloons. The children were as excited as their caretakers when the gifts showed up in classrooms, and some kids even believed the balloons indicated it was their teacher’s birthday.

It’s estimated that 1,500 children are in childcare every day in St. Joseph.