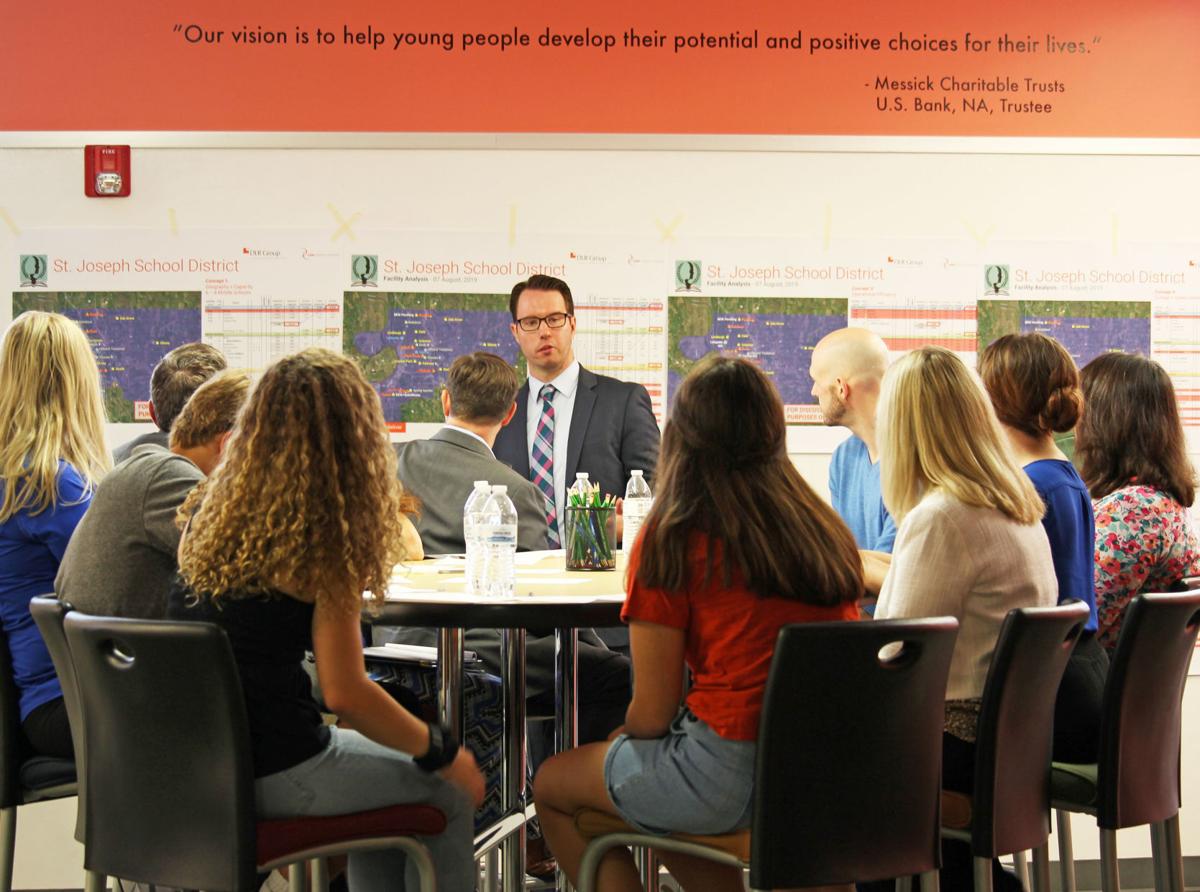 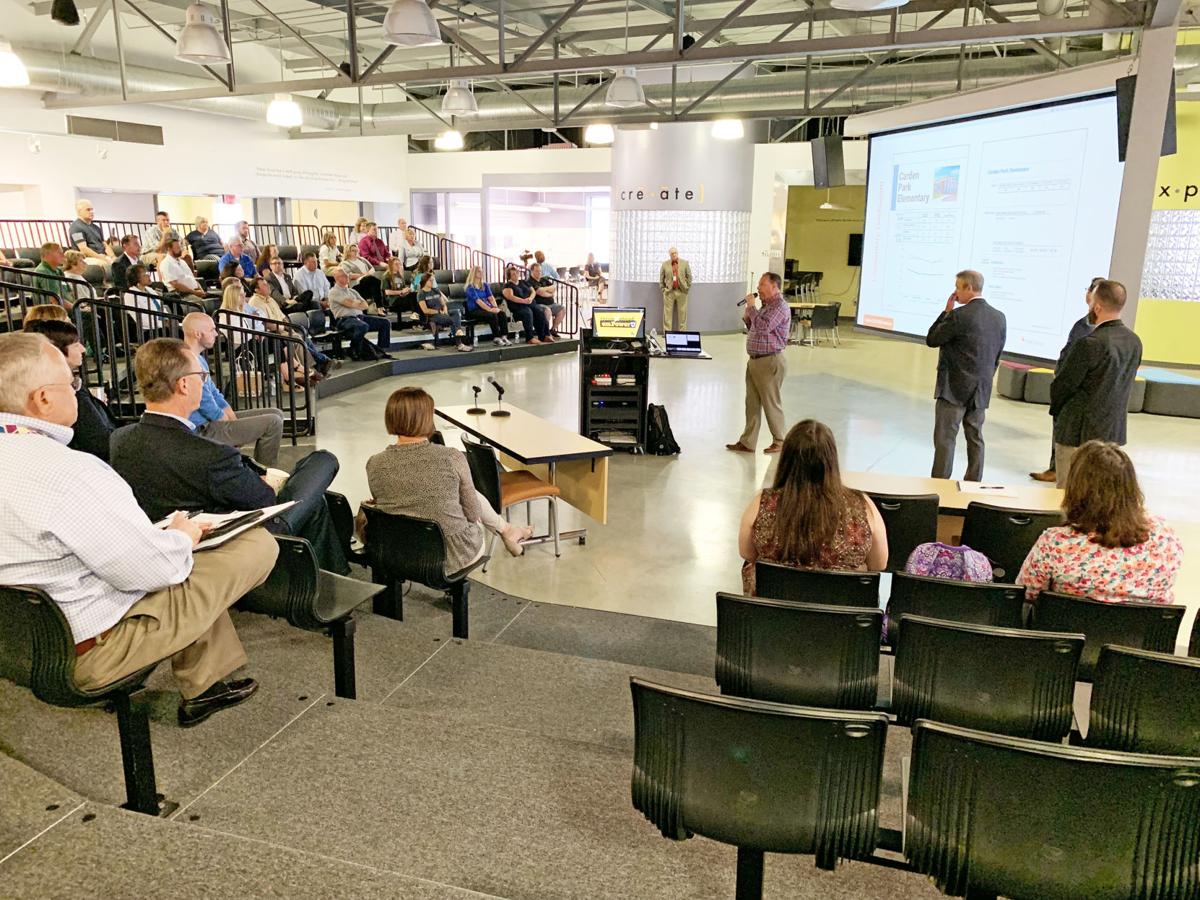 The St. Joseph School District hosted a set of focus groups at emPowerU Wednesday with the hope of getting a more community-focused look at its master facilities plans.

About 100 total participants — varying from students and teachers to business owners and community members — were separated into various groups following an explanation of the master facilities plan by DLR, the company in charge of the overall study. Various cost-saving and efficiency-focused options for the district involve consolidating schools while shutting down others, and while none of those options are final, the district is hoping the community can help make the next move.

“I think that these discussions are very helpful, honestly,” said Bria Kirby, a senior at Central High School. “I thought it was very nice and open, and I’m glad that they asked us to come for our input as students. But yeah, I think it’s very helpful because we can talk through the plan and I like some of their designs, so yeah I think it was great.”

And while the talking points were generally the same, groups eventually highlighted different aspects of the community, businesses, population and school pride.

They also ranked their favorite options provided by DLR, whether it was a one- or two-high-school model, and took the time to discuss what they believed was most important to the community and the district as a whole.

For Lafayette senior Grace Richey, the benefits of these conversations were clear.

“We’re not going to be here when all of these remodels are done, so we’re doing this for the kids coming in and for the future of St. Joe,” she said. “As one of our friends said in the meetings, we need people from different incomes — the people who have to take the bus or the kids who have to walk to school. We need all of those people coming to these meetings.”

Jeff Leake, a teacher at Lafayette, said he appreciated that student perspective, because many adults in the community often look at the big picture, sometimes ignoring the more intimate knowledge of the buildings and facilities that those students can offer.

Moreover, he said the district’s next step in the process is clear: Listen.

“There’s a lot of people with a lot of strong opinions, backgrounds and biases — we all have them — so let’s listen to them all. Let’s educate. If someone has an idea or a question, let’s answer it,” Leake said. “Some of the ideas moving forward, it’s sometimes shocking to see those scenarios. … But there’s no doubt we need to make improvements and upgrades in our facilities.”

LINK Strategic Partners Managing Director Josh Lasky, who helped lead one of the groups, agreed that having the student perspective was especially helpful during the process.

While most other groups had one or two students, Lasky had four from two separate high schools.

“We’ve facilitated conversations like this all over the country, but the reality is that every community is different and has a unique set of preferences and needs,” Lasky said. “Hearing from the students was great, because they’re the ones who are actually living it every day. Getting their feedback on what they want to see in their school and other schools across the district was really valuable. They raised questions like, ‘What are the effects on athletics if we go from three high schools down to one? Is it going to be harder to get on those teams? But will I feel a greater sense of community now that I’m with more people and have access to more resources in a modernized building?’ There are lots of trade-offs, and they approached it in an incredibly mature way, and having their voice was really valuable in those conversations.”

He went on to say that DLR and LINK’s next step is to go through that feedback, process it and refine the concepts further. At the same time, he encouraged the school district to continue to be involved and proactive with the community.

“There’s a couple of real challenges here. Any time a community is dealing with the prospect of closing schools, there’s an emotional attachment to those schools, and it seems like they’re a failure. It’s not. Demographics change, populations shift over time,” Lasky said. “This conversation is about making sure the St. Joseph School District is the strongest district it can be.”

Coverage: The future of the St. Joseph School District