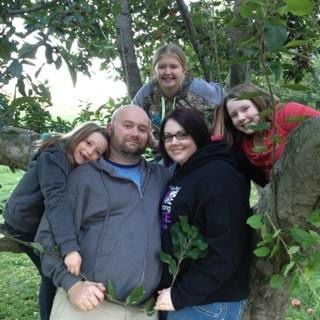 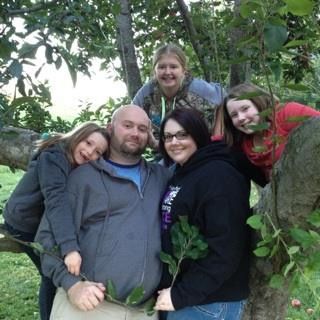 Andrew ‘Drew’ Clary, left, stands next to Amanda Simpson, right, after picking apples this fall. Mr. Clary was killed in a shooting last weekend, and Ms. Simpson was hospitalized in Kansas City.

Andrew ‘Drew’ Clary, left, stands next to Amanda Simpson, right, after picking apples this fall. Mr. Clary was killed in a shooting last weekend, and Ms. Simpson was hospitalized in Kansas City.

The victim who died in a double shooting on Saturday was remembered as a quiet, respected man loved by his family.

“I couldn’t ask for a better son ... he was the best of the best,” said Kim Whitsell, mother of Andrew Clary, 36, of Troy, Kan., who was found shot to death in a rural home near Faucett, Mo., shortly before 2 a.m. Saturday. “... The only thing bigger than his body was his heart.”

“The suspect had been harassing him since Andrew started dating her,” Ms. Whitsell said. “I think that’s probably why he started staying there more. I think he was afraid to leave (Amanda) there, and I think she was afraid of him (Mr. Simpson). She liked having the security of having Andrew there.”

Mr. Clary died at the scene before emergency responders arrived. Ms. Simpson was transported to Mosaic Life Care before she was transferred to a hospital in Kansas City for further treatment.

Although law enforcement declined to detail the relationship between the victims and suspect, Ms. Whitsell described her son as a quiet former Marine who was honorably discharged the day before Sept. 11, 2001. Since his return to Troy, Kan., Ms. Whitsell said her son worked as security at East Hills Shopping Center and had a soft spot for his family and Ms. Simpson’s children.

“Nobody had anything bad to say about Andrew. My daughter was always kind of ornery, but she loved her big brother,” she said. “(He loved his girlfriend, Ms. Simpson,) and ... he adored her and her girls. I mean, they felt the same way about each other.

“Those girls just loved him. They went to movies and pizza and he brought them over to pick apples this fall.”

Mr. Simpson turned himself into authorities later Saturday morning. He later was charged with second-degree murder.

“The man that took him away from us, you know he doesn’t know how many lives he’s ruined,” Ms. Whitsell said.

Jeremy Lyons can be reached

Kristin Hoppa contributed to his story and can be reached at

Downtown traffic signals continue to be replaced with stop signs

One dead in crash near Holt

Dry and mild weekend ahead