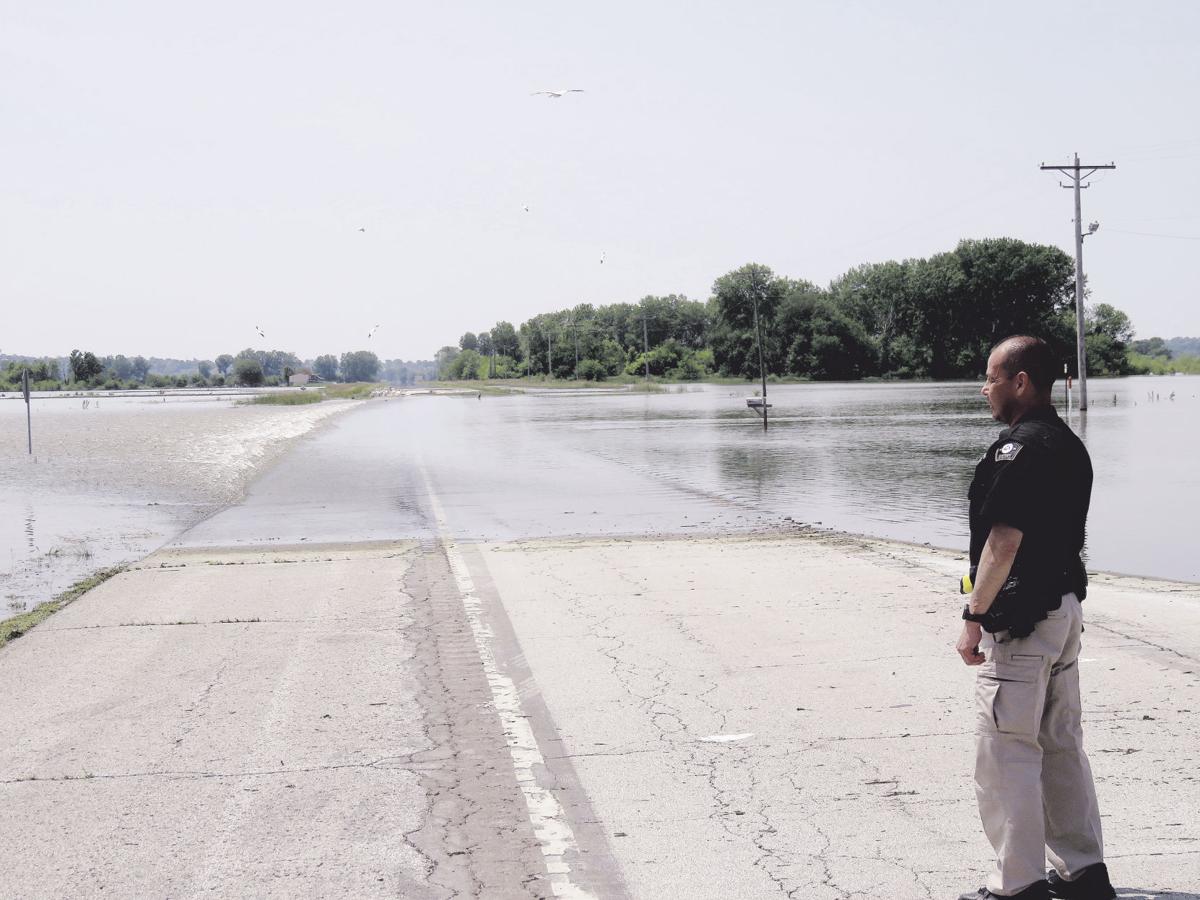 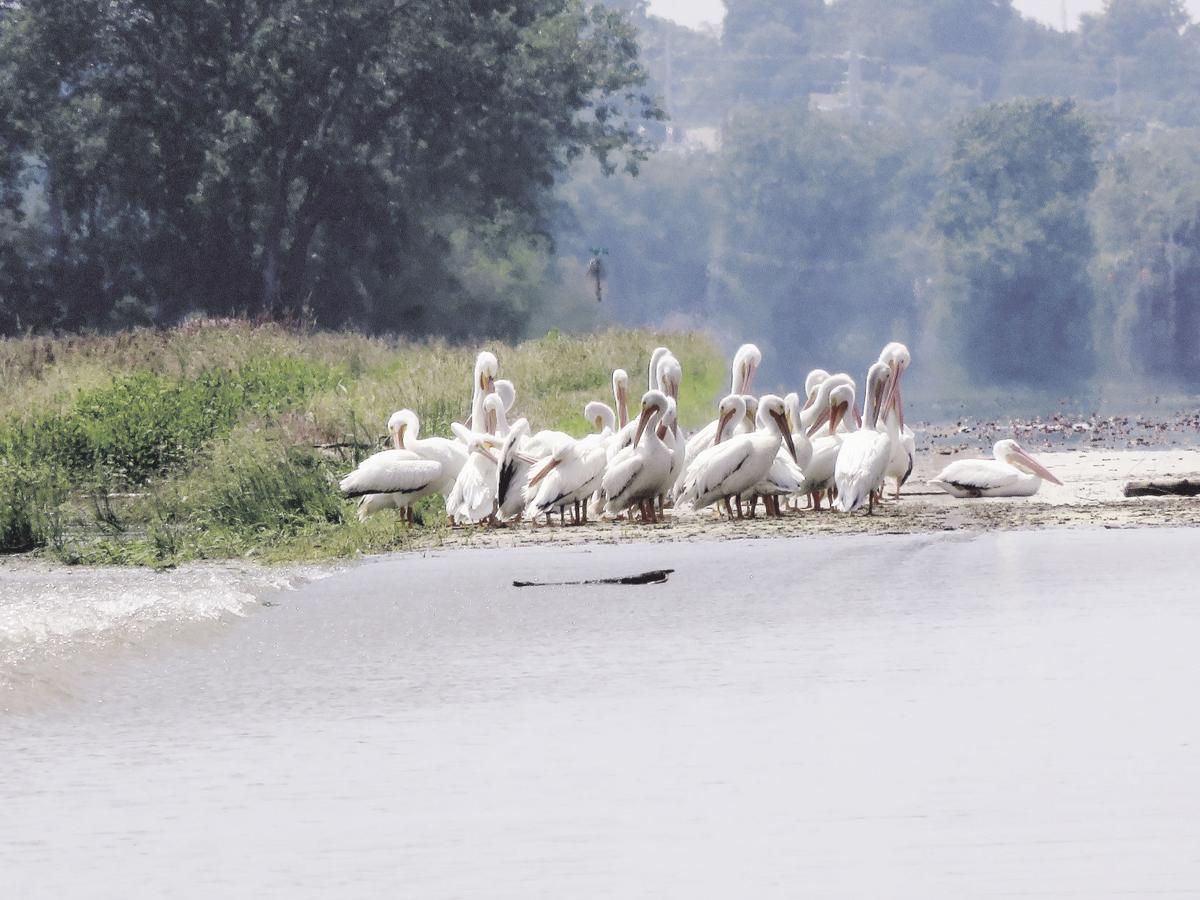 RUSHVILLE, Mo. — Sunday proved to be time for yet another vital mission of helping motorists safely maneuver around Buchanan County’s flood zones.

Deputies with the Buchanan County Sheriff’s Department remain on around-the-clock patrols in the Rushville, Missouri, and Winthrop, Missouri, areas. Their job is to prevent drivers from entering flooded highways and pass along information on the best detours toward reaching their destinations.

Deputy Scott Vanover is among those assigned on flood patrol duty, and was stationed part of Sunday at the intersection of Highways 59 and 45 just south of Rushville. Floodwaters have inundated Highway 59 in several locations, thwarting the normal traffic flow across the Amelia Earhart Memorial Bridge and on into Atchison, Kansas.

It’s the third time during this round of flooding that deputies have been assigned to cover flood patrol, according to Vanover. That duty must be arranged within the context of the routine job assignments.

“We adjust accordingly,” he said.

Motorists had the choice of proceeding on into Platte County and heading through Leavenworth, Kansas, in order to reach Atchison. Or secondarily, Vanover said they could travel to Atchison by first meeting U.S. Highway 36 in St. Joseph and then driving into Wathena, Kansas, and accessing the city from the north by taking Highway 7. The detours can last anywhere from 40 minutes to one hour.

“What I’ve been finding out today is, people are getting a lot of bad information on GPS,” Vanover said about conversations with motorists. “They’re frustrated. I can’t say that I blame them.”

The majority say they want to reach either Atchison or Leavenworth, and only a very low number have disagreed with the decision — claiming their vehicle could ford the waters.

“It’s been steady,” Vanover of the traffic flow. “I think people appreciate seeing us here. It alleviates safety concerns for them. We are having people stop and ask questions.”

Residents in the area have temporarily vacated their homes, and utilities were shut off last weekend.

Buchanan County Sheriff Bill Puett reported no unusual incidents with regard to the continuous patrols.

Also Sunday, the Chillicothe Police Department said it has been receiving numerous inquiries about the status of U.S. Highway 65 south of the city due to flooding.

“We have verified with the Missouri Department of Transportation that U.S. 65 is no longer under water, but the highway remains closed,” the department stated. “The road still needs to be cleared from debris and inspected for damage. There is also the presence of a lot of heavy equipment at the railroad overpass.”

Police added drivers are cautioned not to drive around the barricades, and that the highway will remain closed pending an announcement by MoDOT.