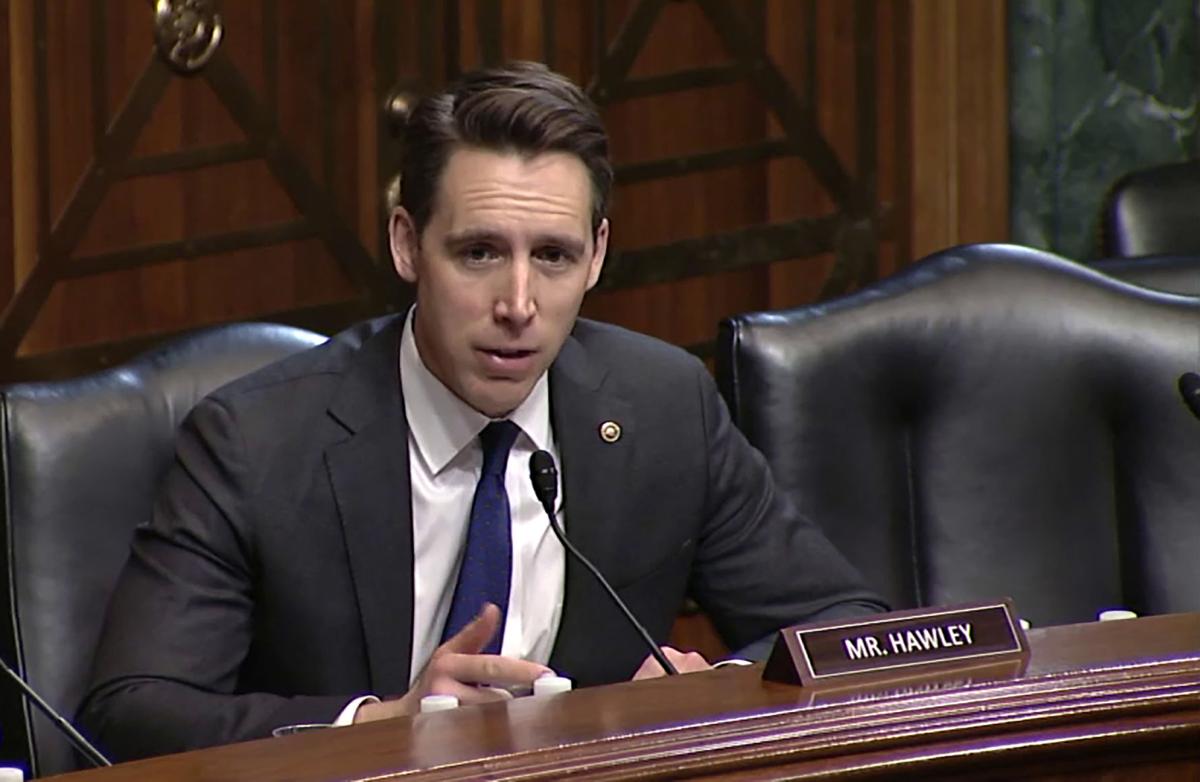 Sen. Josh Hawley, a Missouri Republican, talks during a hearing on the opioid crisis before the Senate Judiciary Committee. 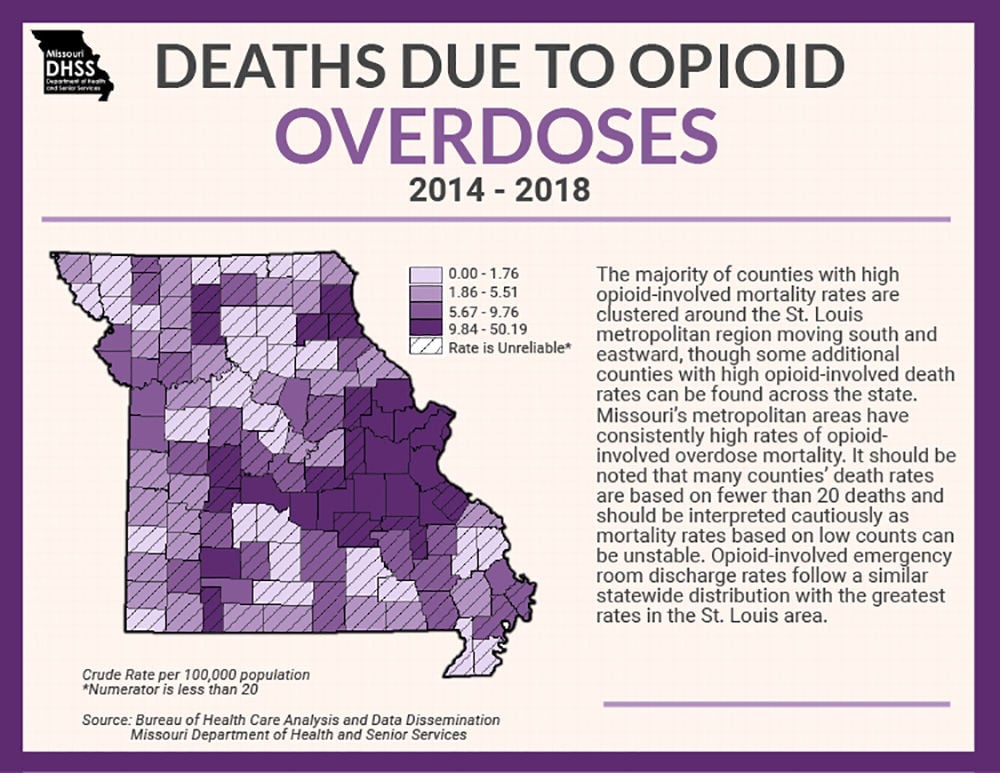 Sen. Josh Hawley, a Missouri Republican, talks during a hearing on the opioid crisis before the Senate Judiciary Committee.

More than 70,000 Americans died in 2017 of drug overdoses. Put another way, a population almost equal to the city of St. Joseph succumbed in one year to man-made substances, more than two-thirds of which contained opiates.

In 2018, one out of every 56 deaths in Missouri came about because of an opioid-involved overdose, 1,132 state residents lost.

The federal government has a role to play in seeing these numbers decrease, Missouri Sen. Josh Hawley says. And he believes the purveyors of these drugs, whether smugglers bringing them across the border or executives in corporate suites, should be brought to account.

“We should be putting in jail heroin dealers and black market opiate dealers and fentanyl dealers, absolutely,” the Republican lawmaker told the News-Press NOW this week. “But these corporate executives who knowingly perpetrated this fraud in terms of lying about the addictive nature of opioids, they should be held accountable, too.”

Hawley talked about the drug epidemic just after taking part in a Senate Judiciary Committee hearing about the state of the opioid crisis. Officials came to testify about a “whole-of-government approach” to the public health emergency.

“It is taking an enormous toll, of course, around the country, but Missouri is, unfortunately, in many ways ground zero for this epidemic,” he said at Tuesday’s hearing.

The senator’s attention to this issue dates at least to June 2017 when he, as Missouri’s attorney general, filed a lawsuit against three manufacturers of opioid drugs, claiming they violated state consumer protection laws.

“Accountability has got to go all the way up the supply chain,” he said at the hearing. “(Drug makers) knew that opioids were addictive. They knew what the side effects were. They knew the data did not support prescriptions in the mass numbers that they were being prescribed, and yet they deliberately misled the public.”

Amanda Liskamm, director of the Justice Department’s Office of Opioid Enforcement and Prevention Efforts, testified at the hearing and told Hawley, “We have made a point of holding the executives who are in charge of these companies who have helped contribute to the crisis responsible.”

Another member of the Judiciary Committee, Sen. Dick Durbin, an Illinois Democrat, found fault with the Drug Enforcement Administration’s management of yearly “quotas” in the allowable manufacturing of painkillers.

He cited one Illinois county, population about 4,300, that between 2006 and 2012 had 2.7 million opioid doses shipped to a single pharmacy.

“The Drug Enforcement Administration is supposed to monitor this,” the Illinois senator said. “So they’re approving massive production on the front end and no monitoring on the back end as we see these areas, rural counties, being swamped with opioids.”

In his News-Press NOW interview, Hawley pointed out a positive development in the decrease of prescription opioids being abused in Missouri.

“So that’s good,” he said. “The problem is that in the wake of the opiate crisis and over-prescription and the black market, what we’re seeing now is people turning to other drugs that are cheaper, frankly, to heroin and to methamphetamine.”

Kemp L. Chester, an assistant director focused on opioids in the Office of National Drug Control Policy, said the manufacturing and distribution methods differ from prior forms of drug transactions.

“A lot of the drug overdose and use patterns we saw in years past are defied by the fentanyl crisis because it’s introduced into the marketplace and to users in much different ways,” he said, including purchases on the internet and delivery directly to homes.

Chester added, “First use leads to chronic use with opioids perhaps more so than any other drug.”