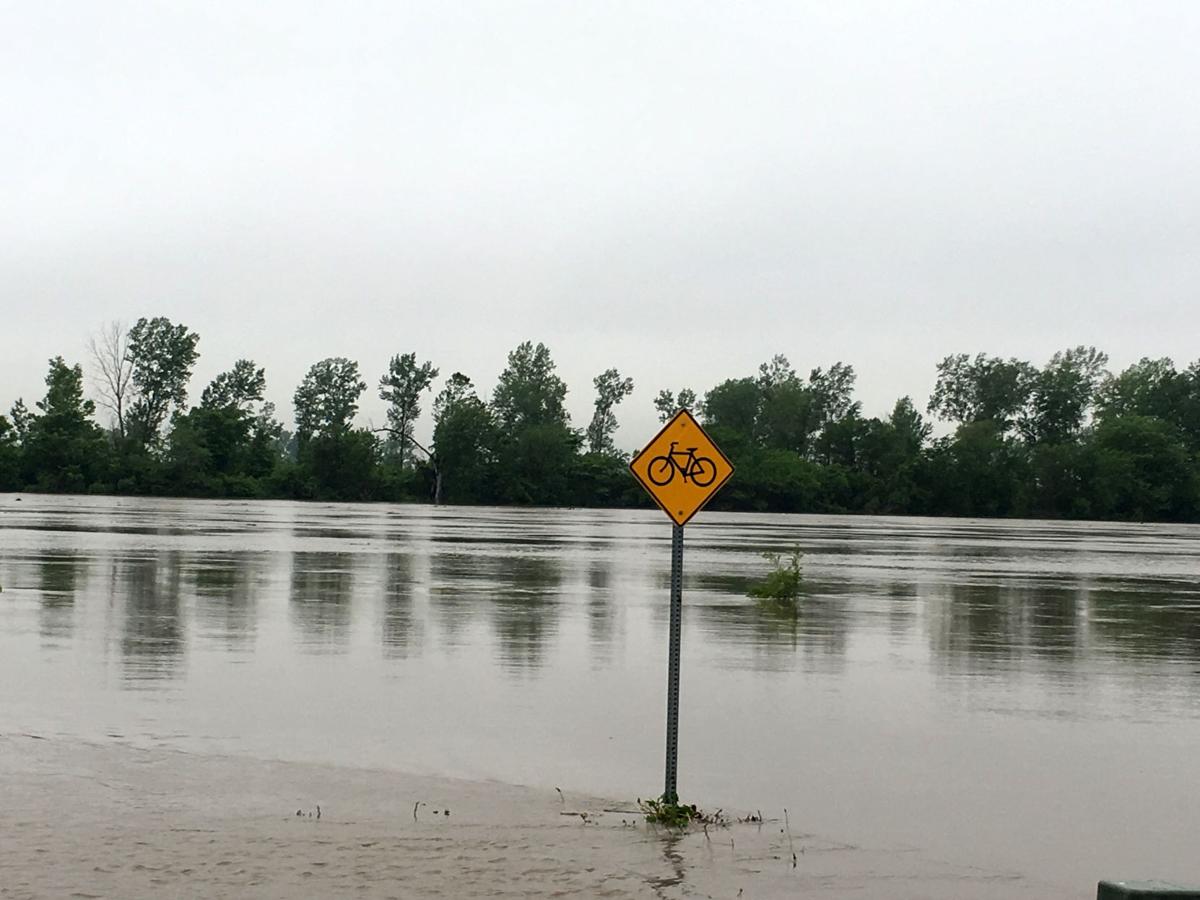 Heavy rain and releases from an upstream dam are causing another round of flooding along the Missouri River, including this area near the French Bottoms in St. Joseph. 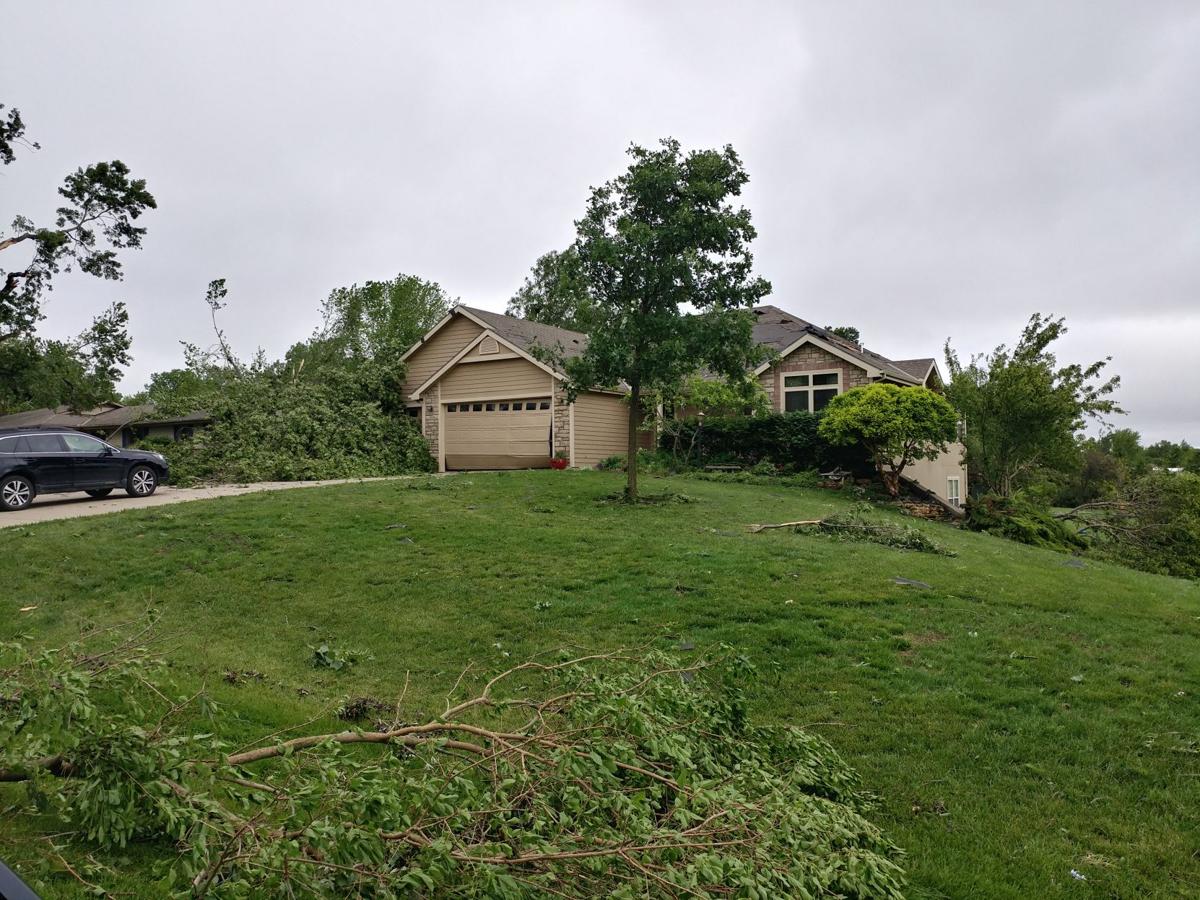 A house damaged by storms just south of Lawrence, Kansas.

Heavy rain and releases from an upstream dam are causing another round of flooding along the Missouri River, including this area near the French Bottoms in St. Joseph.

A house damaged by storms just south of Lawrence, Kansas.

A rapidly deteriorating situation on Northwest Missouri rivers forced officials to order the closing of Interstate 29 for the second time in two days and to upgrade an evacuation in Craig to mandatory.

The Missouri River could hit 29 feet today in St. Joseph, making for one of the five-highest river crests in recorded history.

After briefly reopening, Interstate 29 closed to through traffic north of St. Joseph again late Wednesday morning as flooding worsened in southwest Iowa. Many communities are seeing the floodwaters rise again, including Craig, Missouri, where authorities issued a mandatory evacuation at 10 a.m. Wednesday morning.

The town in Holt County, which was seeing flooding from the Tarkio River, had been under a voluntary evacuation order.

The Missouri Department of Transportation closed I-29 at the 57-mile marker north of St. Joseph, just a few hours after the roadway was reopened. “We wish we were kidding,” MoDOT said in a statement.

In all, up to 300 roads are closed because of flooding in Missouri, according to MoDOT. The Livingston County Sheriff’s Office reported that U.S. Highway 65 was closing south of Chillicothe. U.S. Highway 36 was under threat and down to one lane in some areas near Chllicothe. Other closures included Missouri Highway 45 south of Rushville and Kansas Highway 7 from Iowa Point, Kansas, to the Iowa state line.

Troopers responded early Wednesday to an area two miles east of Brimson, Missouri, near the Thompson River in Grundy County. A vehicle was trapped on a bridge, with at least one person inside. Patrol dispatchers reported the person in the vehicle was rescued and is safe.

Troopers also encountered a vehicle stranded at Missouri Highway 6 and State Route W in Buchanan County. They were able to bring the person in that vehicle to safety.

The flooding came after a day of storms and heavy rain throughout the region. A large and dangerous tornado touched down on the western edge of Kansas City, Kansas, late Tuesday, the National Weather Service office reported. At least a dozen people were admitted to the hospital in Lawrence, Kansas, with damage also reported in the towns of Linwood, Bonner Springs and Pleasant Grove in Kansas. Douglas County Emergency Management said as of early afternoon on Wednesday that 17 injuries had been reported. Most of the damage in Lawrence occurred just south of the city’s limits in fairly rural area.

In St. Joseph, Riverside Road was closed between Frederick Boulevard and Gene Field Road because of water on the roadway. Frederick also was closed a mile past that intersection to the east. Just before 7 p.m., the area around McArthur and Waterworks roads was closed by the city. Keven Schneider, the superintendent of streets for the city, said more closures are possible but that none were currently planned as of mid-afternoon Wednesday.

MoDOT also closed portions of U.S. Highway 59 in Atchison County. Areas east of St. Joseph are seeing major flooding, with the Grand River at or near record flood stage at Pattonsburg and Chillicothe.

In Atchison County, the Tarkio River was nearing a record flood level of just over 28 feet while the Missouri River at St. Joseph was expected to crest today at 27.8 feet.