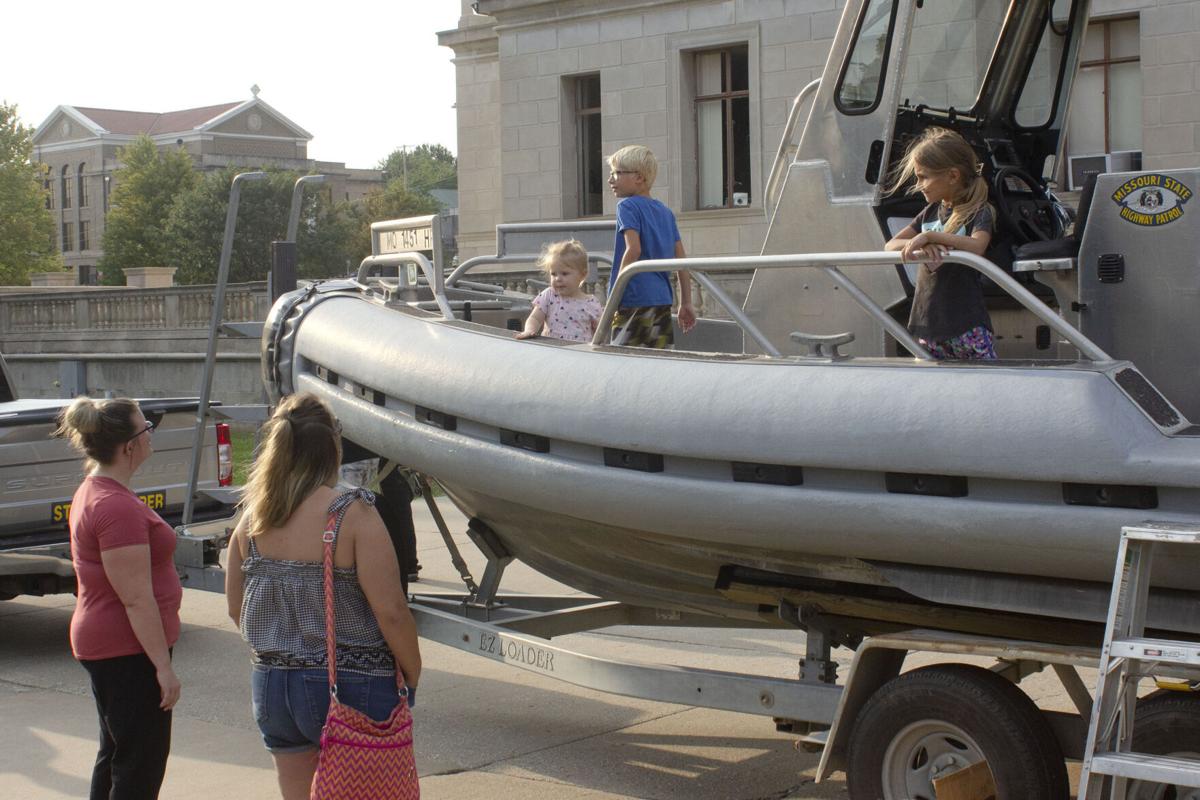 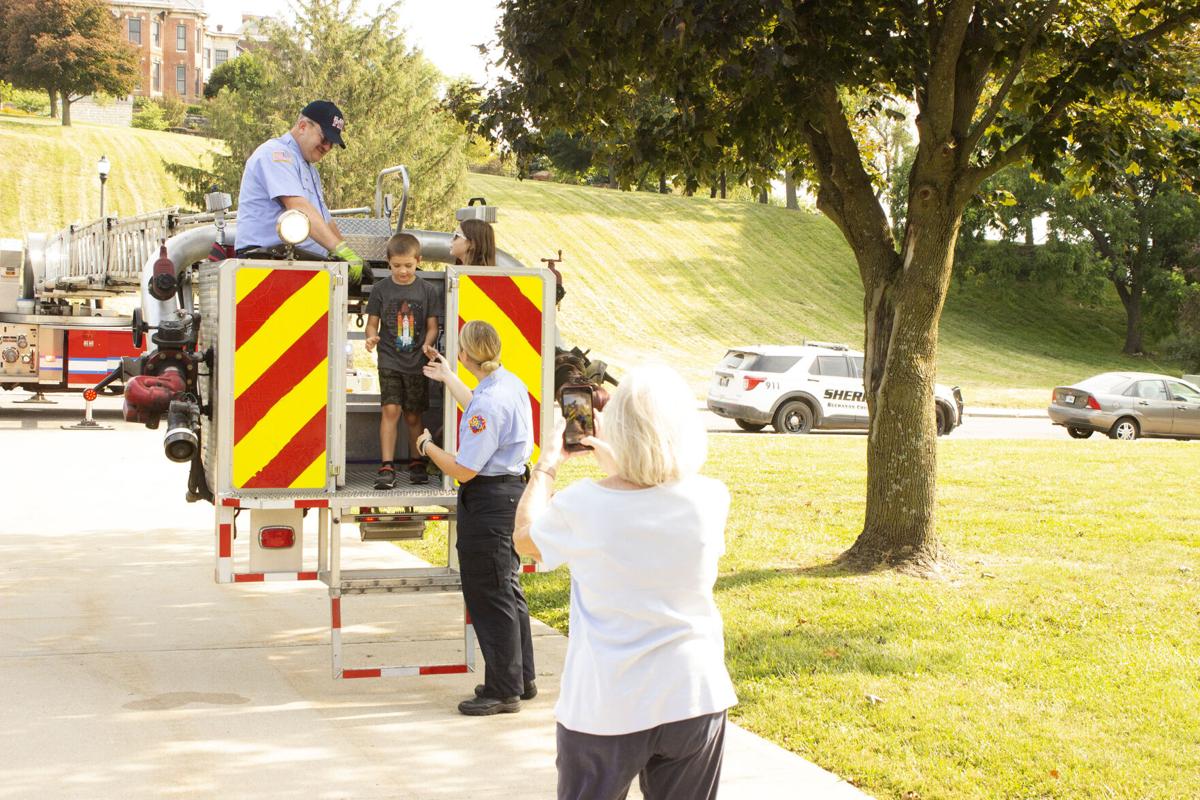 A woman photographs her grandchildren while two firefighters help the children climb down from the bucket of a fire department ladder truck during Tuesday’s National Night Out.

A woman photographs her grandchildren while two firefighters help the children climb down from the bucket of a fire department ladder truck during Tuesday’s National Night Out.

Community members had the opportunity to interact with law enforcement officers in an informal setting and see some of the tools they use to do their jobs at an event called National Night Out on Tuesday at Civic Center Park.

It was a chance for children and adults to learn about the services provided by the city’s emergency response departments, St. Joseph community member Sharon Womach said.

“It’s very important that the children get to know our community leaders and everything,” said Womach, a former member of St. Joseph’s Community Police Advisory Committee. “I just think it’s wonderful. It’s an opportunity for them to learn what ... the police department does, the highway patrol and also the fire department.”

National Night Out is an opportunity for law enforcement personnel as well because officers can interact with locals in a less formal setting than usual, St. Joseph police officer Geoff Ray said.

“I think when we interact with the public normally, they don’t see the human side of us,” he said. “It gives us a great opportunity to sit down and have a meal together and visit. Kind of let them see that we’re people, too, outside of work.”

Ray works as an instructor at a law enforcement firing range. It means he doesn’t usually interact with the public, so he enjoys being able to share what he does every day, Ray said.

“I’m living my dream job,” he said. “I interact with citizens when we do the citizens’ academy (and) junior academy. I’m very passionate about firearm safety, so it’s a great opportunity for me to relay that on to the public.”

Enjoying their favorite vehicles wasn’t just for the children. Womach said she also was partial to a certain few vehicles.

“I liked the SWAT team truck, myself, but I also enjoy looking at the different models of the police cars and also the highway patrol,” she said. “It’s just fabulous.”

Other vehicles people could see included a K-9 unit, a ladder truck from the fire department, an ambulance and a highway patrol rescue boat.

NATIONAL NIGHT OUT IN ST. JOSEPH