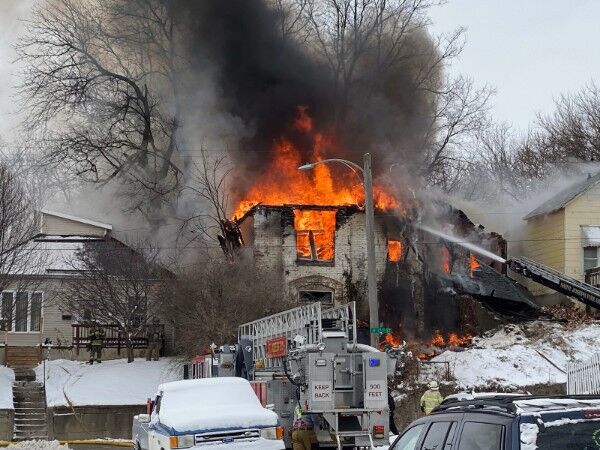 A vacant home on 17th Street was destroyed in a fire Tuesday that threatened two other homes. No injuries were reported in the fire. 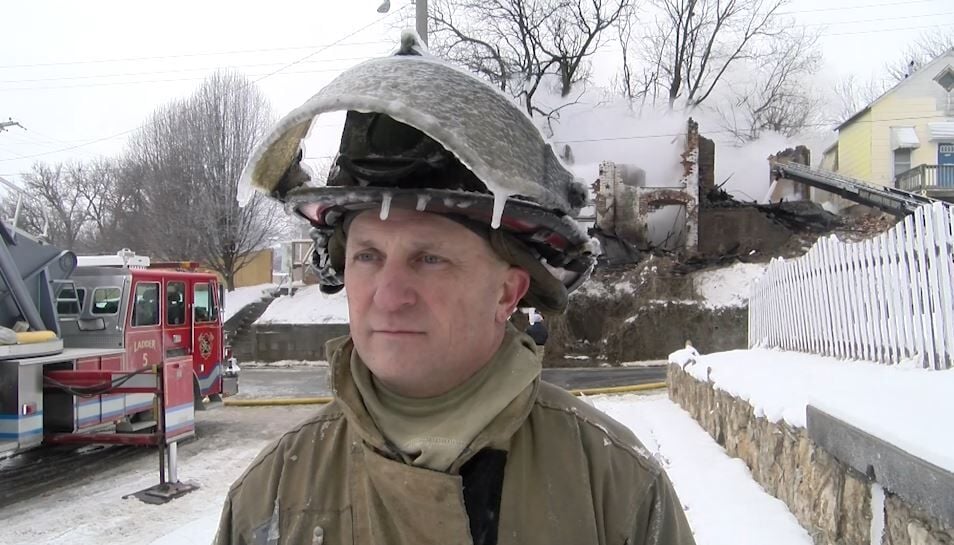 Capt. Mike Wacker, with the St. Joseph Fire Department, worked to fight a fire that destroyed a home on 17th Street. The fire threatened two other homes.

A vacant home on 17th Street was destroyed in a fire Tuesday that threatened two other homes. No injuries were reported in the fire.

Capt. Mike Wacker, with the St. Joseph Fire Department, worked to fight a fire that destroyed a home on 17th Street. The fire threatened two other homes.

Fire destroyed one home and threatened two others Tuesday afternoon at 17th and Calhoun streets.

No one was injured in the fire. According to St. Joseph Fire Inspector Mindy Andrasevits, the home where the flames started was destroyed and firefighters focused on preventing the other houses from being damaged. Collapsing walls, fire, and smoke caused some damage to those surrounding homes.

The home where the fire started was vacant, but neighbors reported seeing people going in and out of it recently.

Freezing temperatures and ice made conditions especially difficult for firefighters. Capt. Mike Wacker with St. Joseph Fire Department Station 5, said arriving to snow and ice, along with cleanup in such conditions, is tricky.

“The act of fighting fire is about the same. The main part is when the fire gets out. Again we’re throwing water so there’s a lot of ice on the streets, on us, the hoses freeze up a lot of the time, so that’s the biggest part — getting the hoses,” Wacker said. “The main thing when we first show up is the snow and ice. Makes it slick, slick footing.”

Firefighters pack up the scene while covered in ice, which Wacker said is something they are prepared for.

“We’re gonna get wet, we’re gonna get cold just like everybody else,” he said. “Some guys have backup gear we’ll switch into and let this thaw out.”

Wacker said under their gear is rather warm, but extremities like hands and feet are more difficult to keep dry.

The origin of the fire is still unknown. Firefighters remained on scene for over two hours fighting the fire.

Warming things up for Sunday!