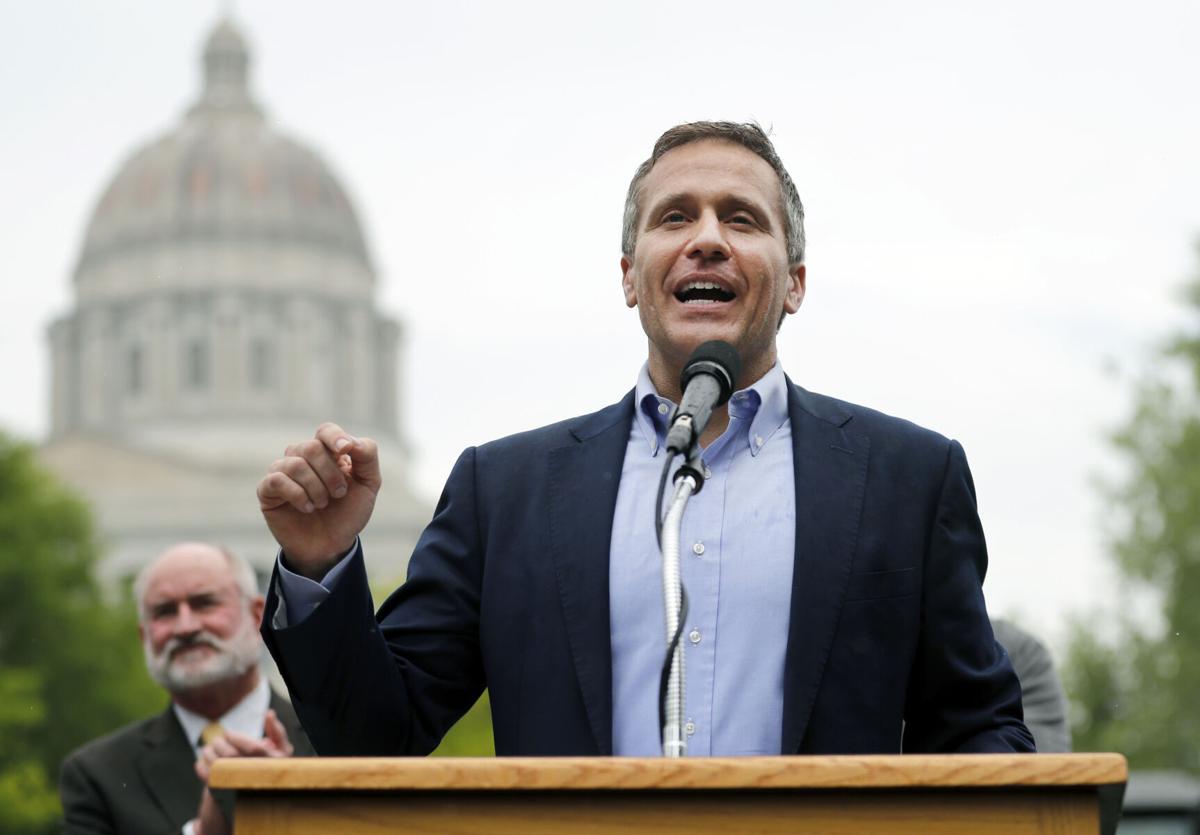 In this 2018 photo, then Missouri Gov. Eric Greitens speaks to a small group of supporters announcing the release of funds for the state's biodiesel program in Jefferson City, Missouri. 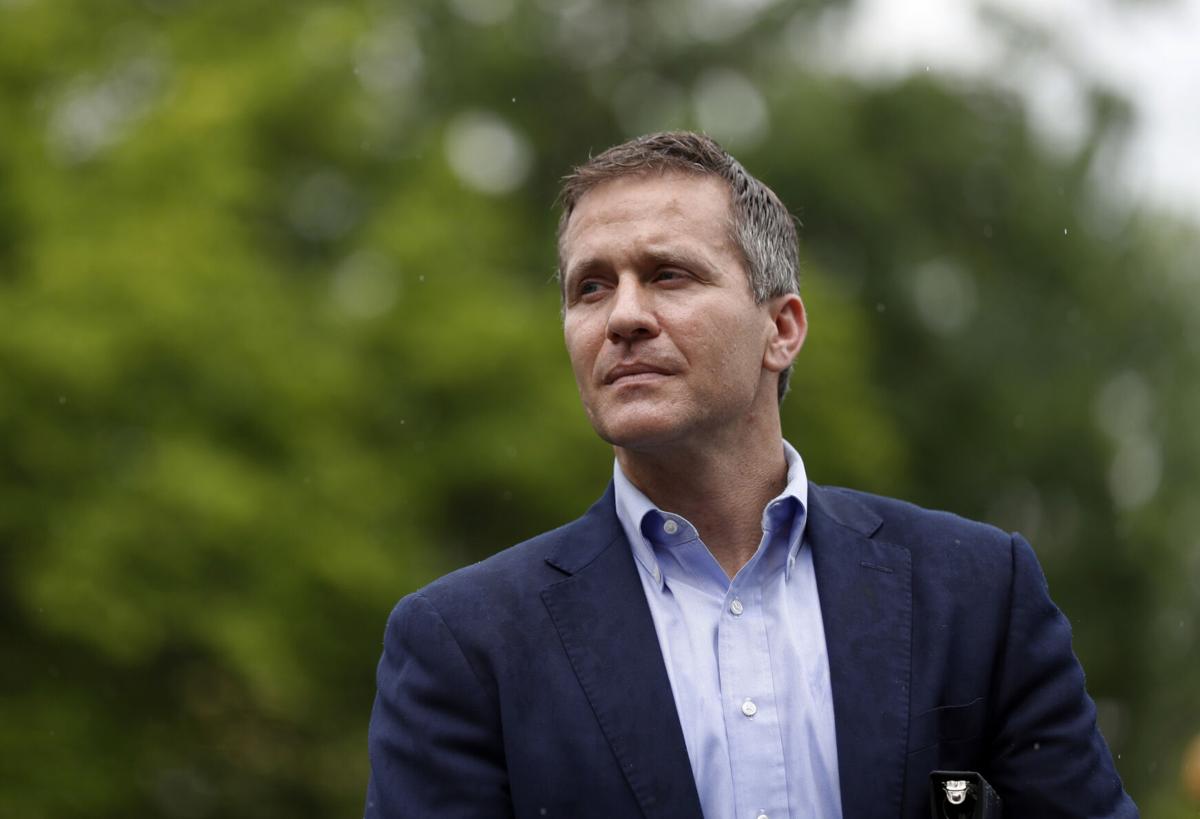 In this 2018 photo, then Missouri Gov. Eric Greitens waits to deliver remarks to a small group of supporters near the capitol in Jefferson City, Missouri.

In this 2018 photo, then Missouri Gov. Eric Greitens speaks to a small group of supporters announcing the release of funds for the state's biodiesel program in Jefferson City, Missouri.

In this 2018 photo, then Missouri Gov. Eric Greitens waits to deliver remarks to a small group of supporters near the capitol in Jefferson City, Missouri.

Northwest Missouri legislators who served with former Missouri governor Eric Greitens described a complex view of his campaign, as the scandals from his past follow him into a U.S. Senate run.

Greitens announced on Monday he would seek to replace Sen. Roy Blunt, R-Mo., as one of Missouri’s two senators. Blunt recently announced he would not seek reelection in 2022.

News-Press NOW spoke with several people who served in the state legislature when Greitens was investigated for sexual assault before he later resigned in 2018.

Reached by phone Tuesday, Neely said Greitens had his “full support,” despite allegations a Missouri House panel found “credible” that Greitens was involved in an unwanted sexual encounter with a woman.

“I think he was railroaded by several fractions or entities or groups of people that wanted him out of office,” Neely said. “He was kind of blowing up this system and he was taken out.”

Neely compares Greitens to former President Donald Trump: a political outsider side swiped by the establishment.

A St. Louis grand jury indicated Greitens on an invasion of privacy charge in February 2018 after his extramarital affair was detailed by KMOV in St. Louis.

The criminal charge alleged Greitens took an unwanted photo of the woman he had an affair with. Greitens has admitted to the affair but denied any criminal misconduct.

Neely told News-Press NOW that Greitens’ background is “different from a lot of people.”

“We need people with varied backgrounds ... he is a problem solver,” Neely said. “I think the path he has travelled is excellent.”

Greitens is a former Navy SEAL and a Rhodes scholar.

Conway told News-Press NOW he could not support Greitens’ nomination, though he believes the former governor could ultimately win the seat while splitting the Missouri Republican party.

Still, Conway, of St. Joseph, believes Democrats also would have a good chance at winning the seat if Greitens emerges from the Republican primary. Perhaps a better chance than if it was a candidate other than Greitens, he said.

“I think, as others have pointed out, he still has a strong base of people who supported him through the impeachment process,” Conway said. “I think what Greitens would need to win the Republican primary is two, three, four viable candidates.”

While a split field would benefit Greitens in the primary, Conway said Democrats would be “thrilled” to face him in a head-to-head general election race.

“I would assume what’s going on behind the scenes in the Republican party is to try and unify around one candidate, which I don’t believe would be Greitens,” Conway said. “When you look at it, I believe almost 85% of the Republican side voted to start the impeachment process. So from that standpoint, he didn’t have a lot of support from his own party.”

Hawley was Missouri Attorney General when Greitens resigned, and he referred an inquiry his office oversaw to a St. Louis prosecutor for criminal charges after Greitens allegedly used a donor list from a veterans nonprofit to raise money for his political campaign.

At the time, Hawley called for Greitens to resign. He told the Kansas City Star on Monday that he stood by that comment. Should Greitens win, he would serve alongside Hawley as the state’s Senate delegation.

Hawley previously spoke with News-Press NOW before Greitens’ official announcement, though he declined to answer specific questions about a then hypothetical Greitens run.

Galen Higdon, a former Republican state representative for southern Buchanan County, said he would support Greitens’ campaign, though he will reserve final judgement until the field fills out.

Rob Schaaf, a former Republican state senator and representative from St. Joseph, didn’t respond to a request for comment. Schaaf frequently clashed with Greitens when both were in office.