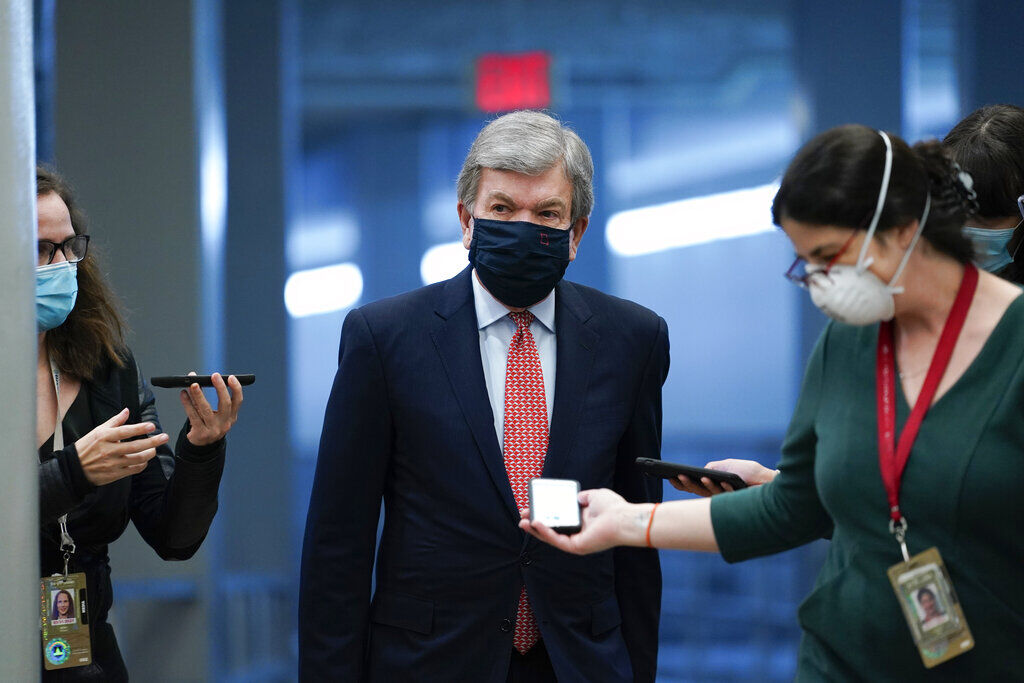 Sen. Roy Blunt, R-Mo., arrives ahead of the second impeachment trial of former President Donald Trump in the Senate on Capitol Hill on Tuesday in Washington. 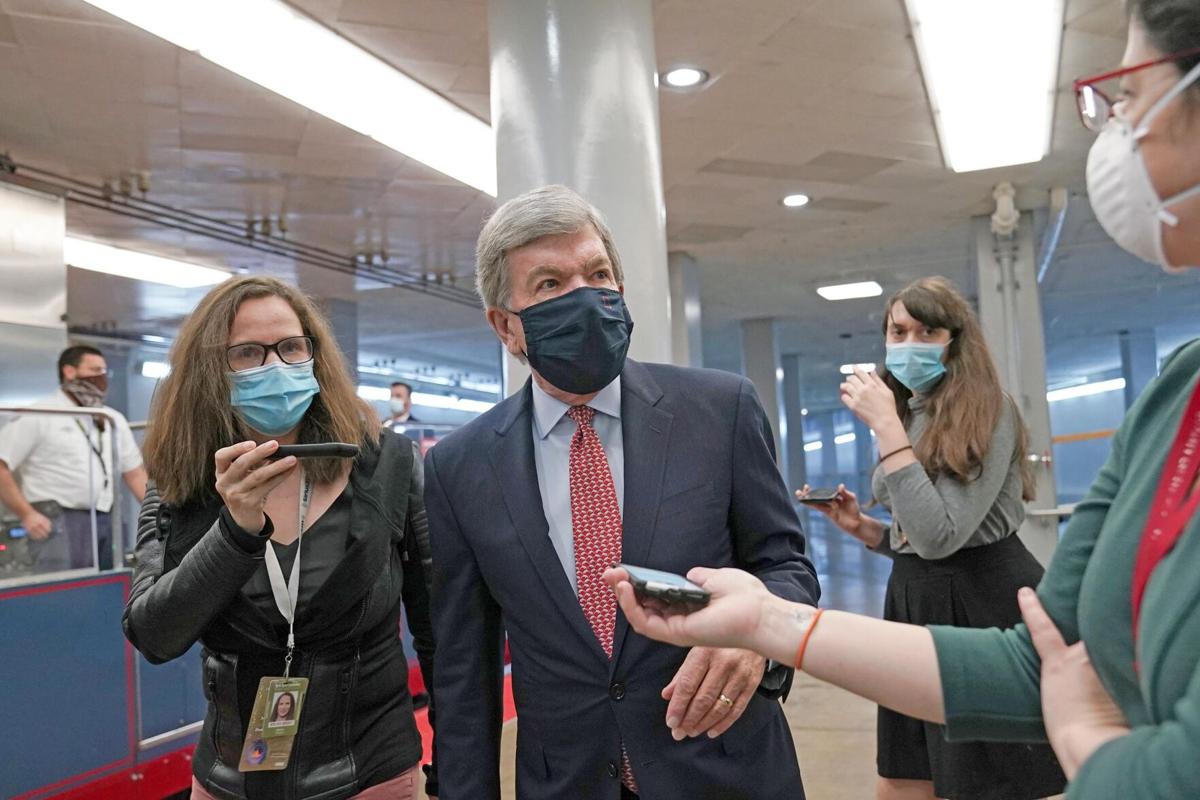 Sen. Roy Blunt, R-Mo., is followed by reporters as he arrives for the second impeachment trial of former President Donald Trump on Tuesday at the Capitol in Washington.

Sen. Roy Blunt, R-Mo., arrives ahead of the second impeachment trial of former President Donald Trump in the Senate on Capitol Hill on Tuesday in Washington.

Sen. Roy Blunt, R-Mo., is followed by reporters as he arrives for the second impeachment trial of former President Donald Trump on Tuesday at the Capitol in Washington.

All four Kansas and Missouri senators voted against continuing the impeachment trial of now former President Donald Trump, agreeing with the defense’s notion that conviction after Trump left office would be unconstitutional.

Sen. Roy Blunt, R-Mo., Sen. Josh Hawley, R-Mo., Sen. Jerry Moran, R-Kan., and Sen. Roger Marshall, R-Kan., each voted to stop the trial, which will continue because six Republican senators voted with all Democrats that the trial was constitutional. The trial will likely continue into next week.

Hawley, speaking with reporters on Capitol Hill before the proceedings, relied on a procedural argument that the text of the constitution doesn’t allow for conviction after a president or other civil officer leaves office. Republican senators have largely focused on the timing of the impeachment trial, while Democratic House managers, acting as prosecutors, forced the chamber to watch a video compilation of the violence at the Capitol on Jan. 6 that resulted in five deaths, including a police officer.

“I think that ... if you look at the text, then you look at the penalties the senate can impose... it says removal, and not further than removal, those things sit together (in the text),” Hawley said.

Marshall took aim at the tone of the House managers in an appearance on FOX Business, before the trial began.

“Listen to the tone of the Democrats opening statements and you’re going to hear the hatred and just the revenge and in their voices,” Marshall said. “More importantly is what this impeachment is not doing – it is keeping us from doing our jobs up here. It is raising the temperature across the country. We should be focused today on how we get vaccinations in people’s arms.”

Blunt previewed his vote in an appearance with reporters on Capitol Hill, saying he also believed the trial was unconstitutional.

“I’m going to vote like I voted the other day through the trial. I don’t think it’s constitutional, I don’t think we should be doing it,” Blunt said, according to Kansas City Star reporter Bryan Lowry.

Blunt dodged a question on impeachment from another reporter, saying he, “wondered if any of these impeachments serve the right purpose.”

Moran, considered a moderate member of the Senate, apparently made no public comments. A spokesperson pointed News-Press NOW to a statement he made on January 20.

“The Constitution is where I go to find answers. Unfortunately, the Constitution does not clearly answer whether a former president can be impeached and then tried by the Senate,” Moran said.

Some Republicans, even those that voted to end the trial, were unimpressed by the former president’s legal team.

“I thought the President’s lawyer, the first lawyer, just rambled on and on and on and didn’t really address the constitutional argument. It was not one of the finest I’ve seen,” Sen. John Cornyn, R-Texas, said, according to CNN’s Manu Raju.

Sen. Bill Cassidy, R-La., switched his vote on constitutionality after hearing from the House managers. Cassidy previously voted that the impeachment trial was unconstitutional in a preliminary vote prior to the trial’s start on Tuesday.

“Anyone who listened to President Trump’s legal team saw they were unfocused, they attempted to avoid the issue. And they talked about everything but the issue at hand,” Cassidy said, according to Raju.