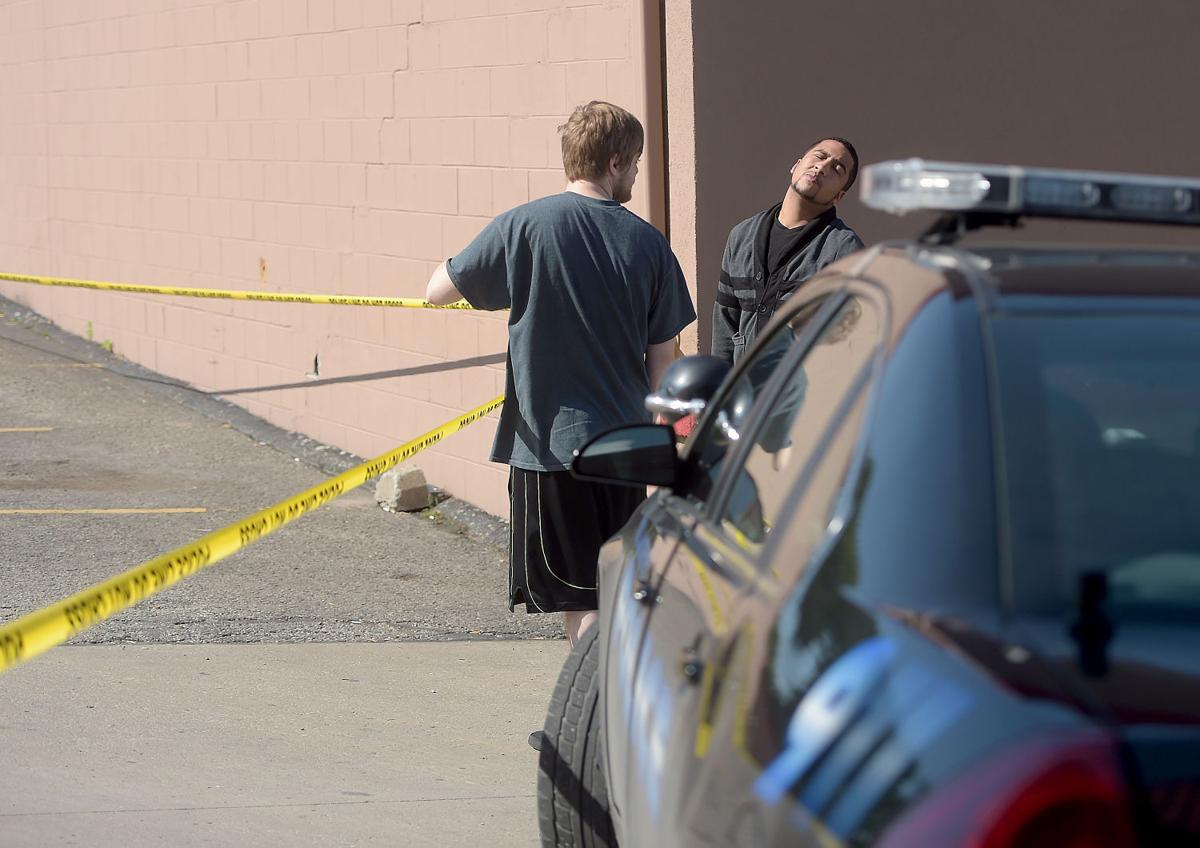 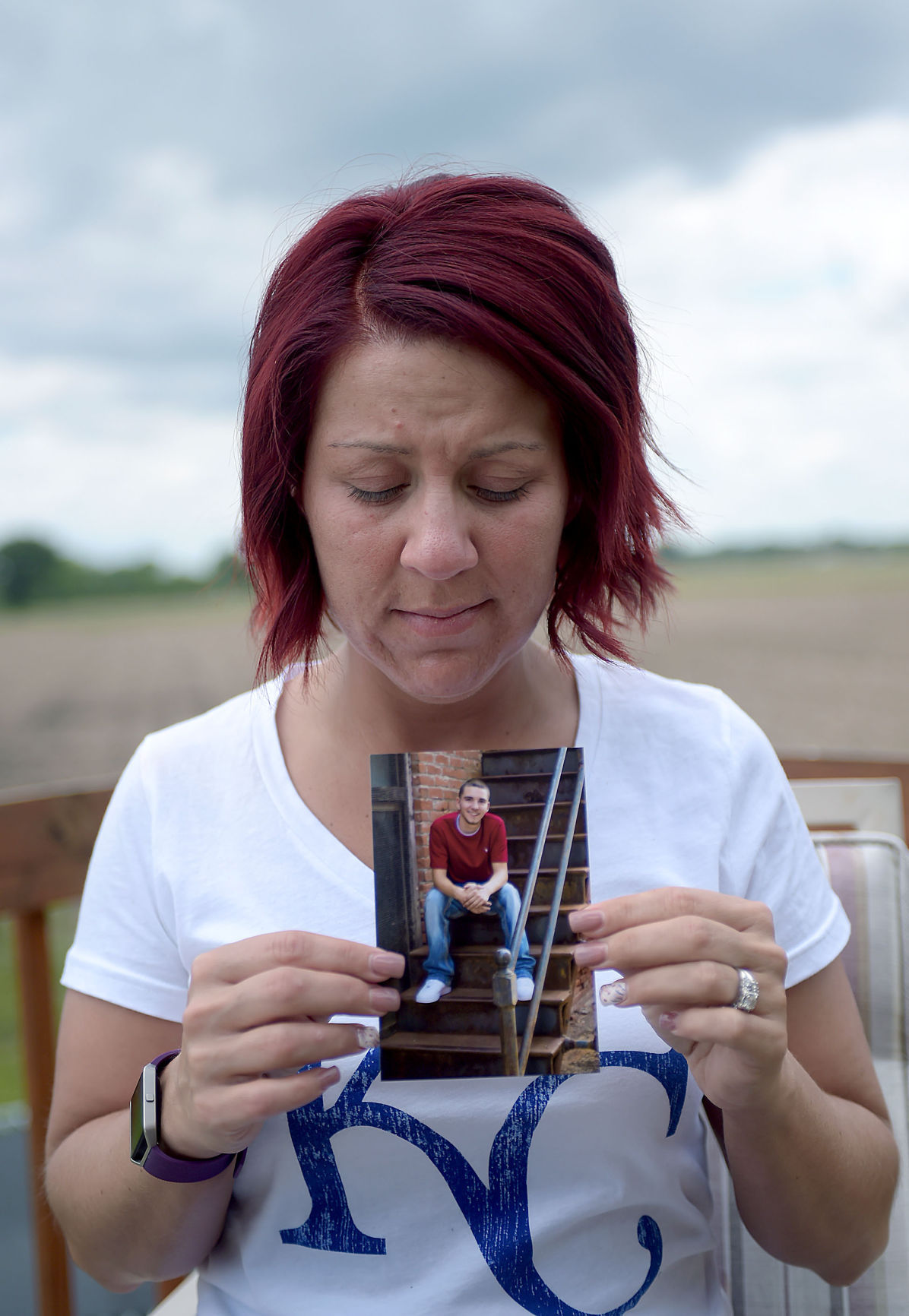 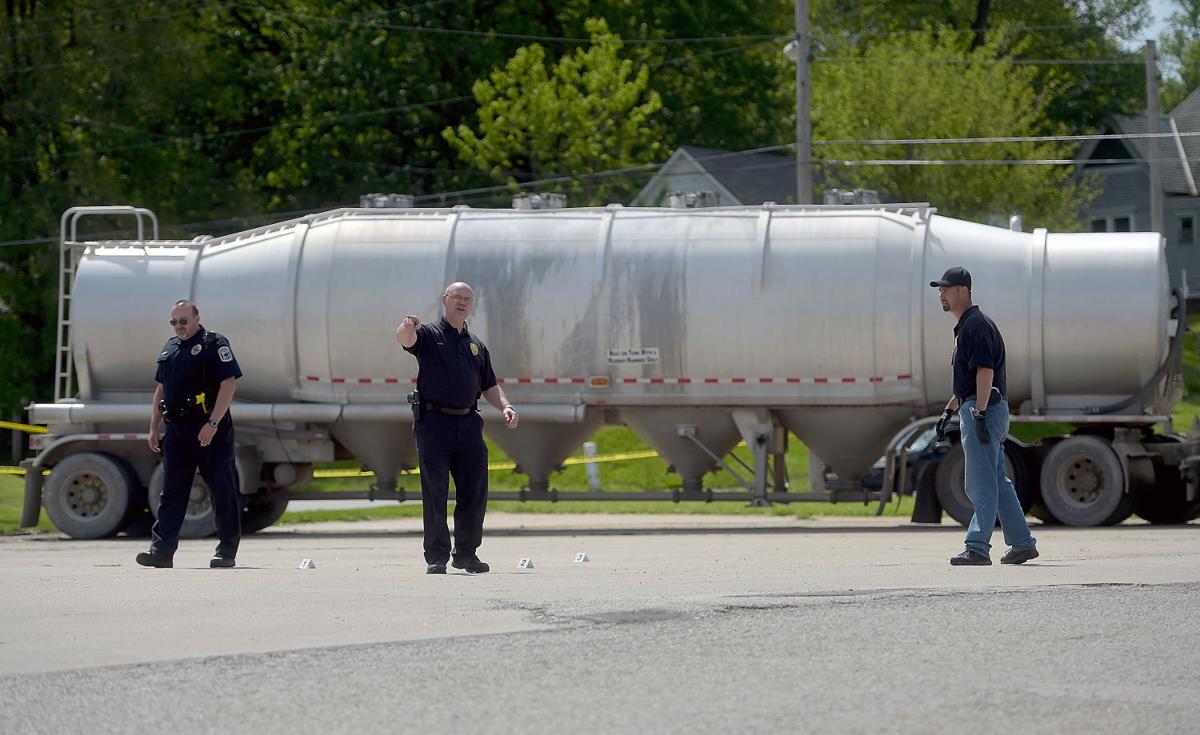 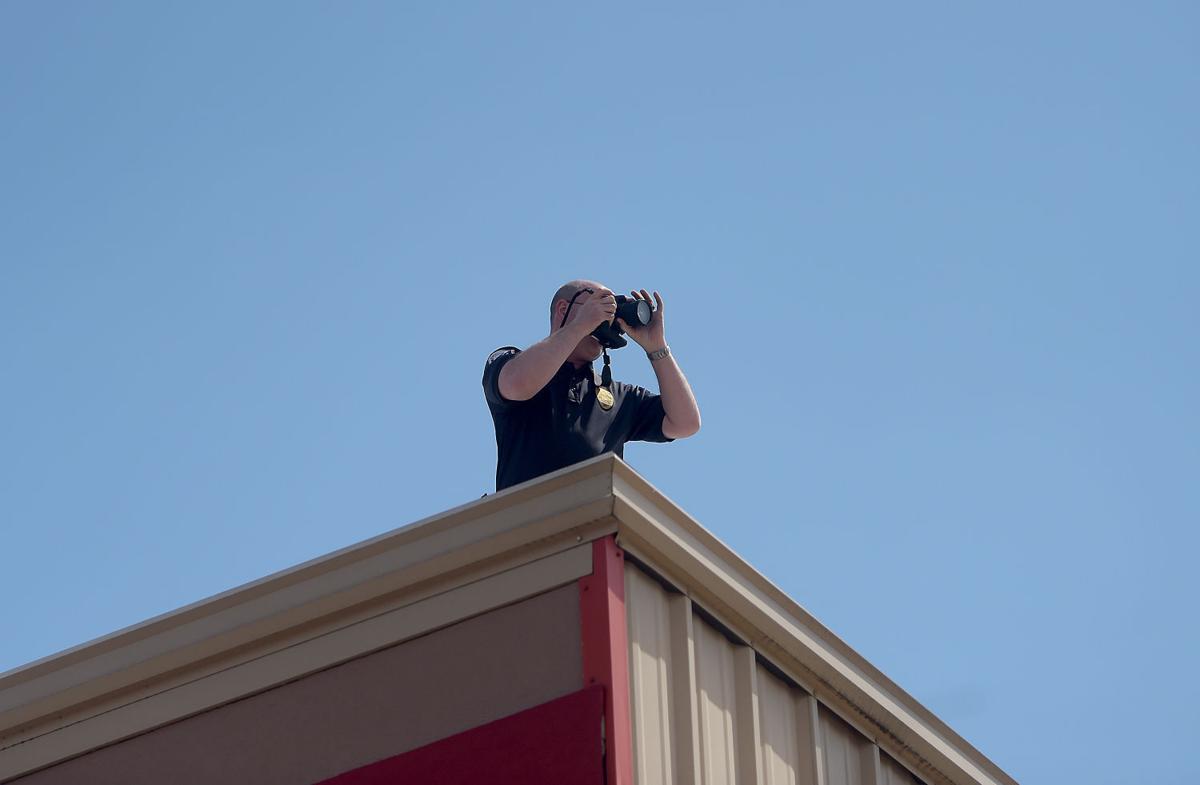 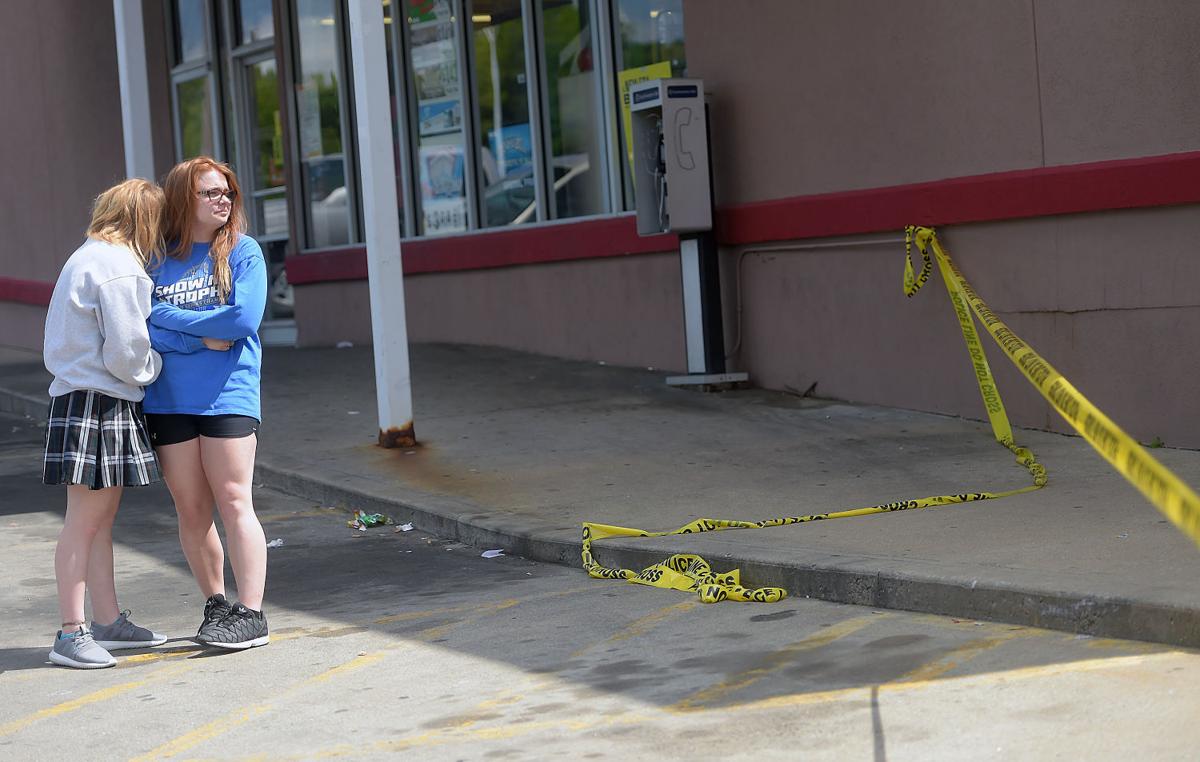 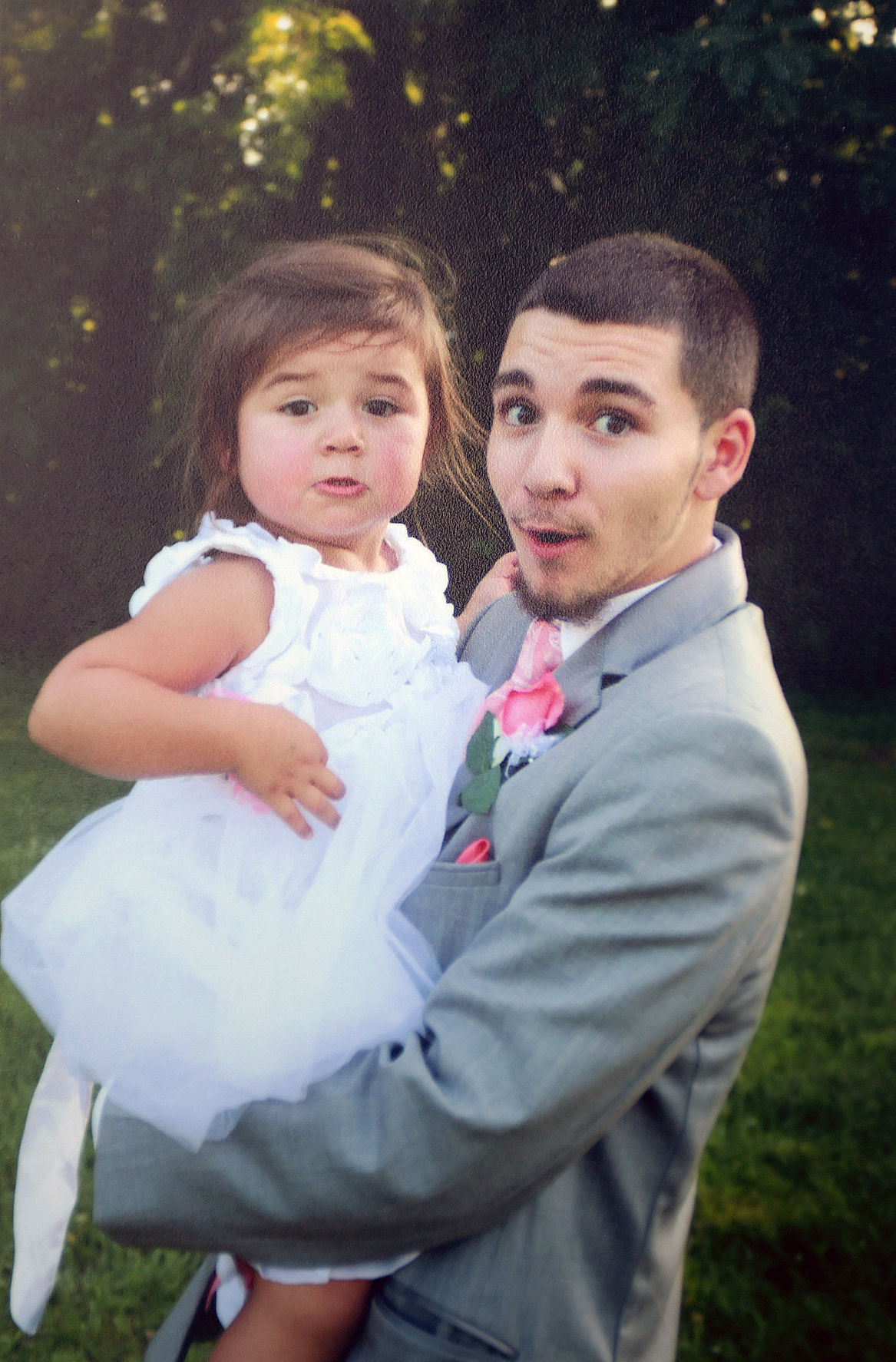 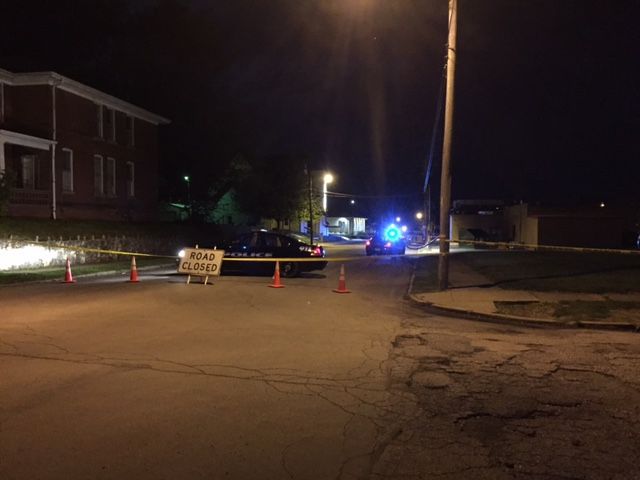 Powell graduated from Benton High School on Sunday, which his mother, Summer Phinney, said was one of the happiest days of her life. Friends and family have been supportive and positive, Phinney said — adding that she wants answers.

“I want to know who took my baby away from me,” Phinney said. “And I want whoever did it to be caught and justice to be served. He just graduated high school. He had the rest of his life. It’s not OK. I don’t understand why. ... I don’t want to bury my baby.”

Police continue to investigate and said they have identified a person of interest in the incident.

Officers responded at 12:05 a.m. Wednesday and found a body in the street near 22nd and Calhoun streets. There was a heavy law enforcement presence throughout the day, with large parts of the street blocked off with police tape.

Phinney said authorities knocked on her door around 6 a.m. Wednesday and asked her to describe Skylar’s tattoos.

“They said ‘We hate to tell you this, but your son has been shot and killed.’ And I just dropped to the ground,” Phinney said, crying.

He said he and his grandson were close. They used to go fishing and swimming and rode all-terrain vehicles.

“He had a beautiful spirit about him. I don’t know how someone could take that away,” Tom Powell said, adding that he loved his grandson and will miss him.

Powell said Wednesday he was trying to stay positive and keep in mind that his grandson is in heaven.

Phinney has three other children: Noah Cunningham, 16, Jaden Cunningham, 13, and Krimsyn Phinney, 3. Phinney said Skylar was getting ready to move to California to be with his dad and work on underwater welding on the shore.

The 18-year-old had to work hard to graduate and keep his grades up, Phinney said, adding that she was proud of him.

“The teachers were really great and helped him a lot,” Phinney said.

Brenna Clarey, a student at Central High School who was close with Powell, said he was overjoyed to be graduating. She echoed his mother’s sentiment, saying he worked hard and often stayed after school to work with teachers.

“He was determined to graduate,” Clarey said.

Clarey said Wednesday night she was still in shock. She described Powell as someone who was happy all the time.

“He had a contagious smile,” she said.

Some Benton students stopped by the crime scene and the school’s counseling department announced that it was open to meeting Wednesday and today with those who are grieving.

Phinney encouraged parents to talk to their kids about how to resolve conflict and how serious guns are.

“Guns are no joke,” Phinney said. “It’s a permanent thing. ... You can never go back and change it.”

Phinney described her son as a likable kid with a good personality. Everyone she knew liked him, she said. She didn’t know anyone who had an issue with her son.

“He had a good personality and he had cute little dimples and he always made everybody smile,” Phinney said.

The St. Joseph Police Department asks that anyone with information contact them at the tips hotline 816-238-TIPS.

The young man is a recent graduate of Benton. Skyler Powell was gunned down.

Really shouldn't release a name until the ENTIRE family has been notified. That is probably why the News Press didn't release the name. What a way for some family to find out.

I'm very sad for him and for his family. No parent should have to bury their children...

Lessee....around midnight, body found in street, report of shots fired, shell casings found in street at scene. Yes, I'd say there was a pretty good chance, the victim was shot.....

Sure wish we had laws against shooting people. After all, if Congress/Missouri Legislature would just pass a law making it illegal to kill someone, murders would cease!!

SJSD may not be able to come back to class Thursday