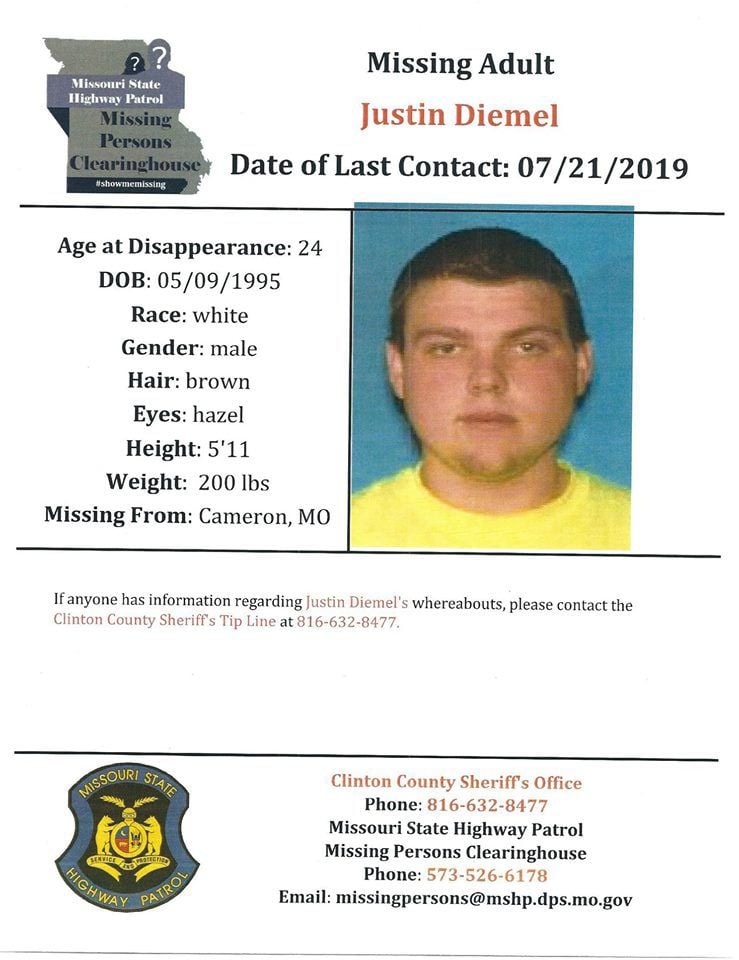 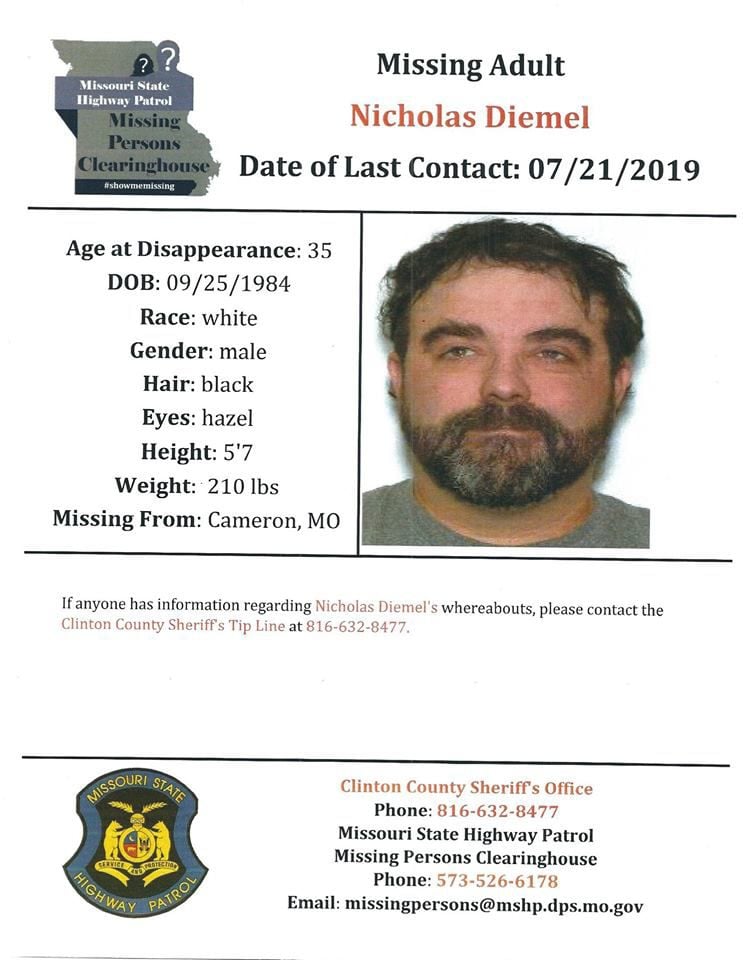 On Wednesday, police were searching two different areas with the assistance of the Buchanan County Sheriff’s Office. One of the sites is an area behind a residence on Catawba Road in Caldwell County. They are checking buildings, ponds and waste piles.

Brothers Justin and Nicholas Diemel, ages 24 and 35, were last seen in Cameron, Missouri on Sunday. According to a press release from the Caldwell County Sheriff’s Office, officers are still searching a property near Braymer, Missouri.

“We have some up in Clinton County,” Fish said. The exact whereabouts of those searches is unknown.

The two men are believed to have gone missing sometime on Sunday. Their rental truck was found in a small dirt commuter lot near Holt, Missouri. According to Buchanan County Sheriff Bill Puett, some of his deputies are still assisting with the investigation.

At a news conference at 5 p.m. on Wednesday, authorities did not provide any new updates, but reiterated that they’re continuing to investigate.

There will be more information released today at 4:30 p.m.

VIDEO: Treasurer's retirement leads to next phase of service

VIDEO: City looking for outside auditor

“This place is normally quiet, and it’s hard to believe anything crazy would happen around here,” said Kent Brown, a citizen of Braymer, Missouri.