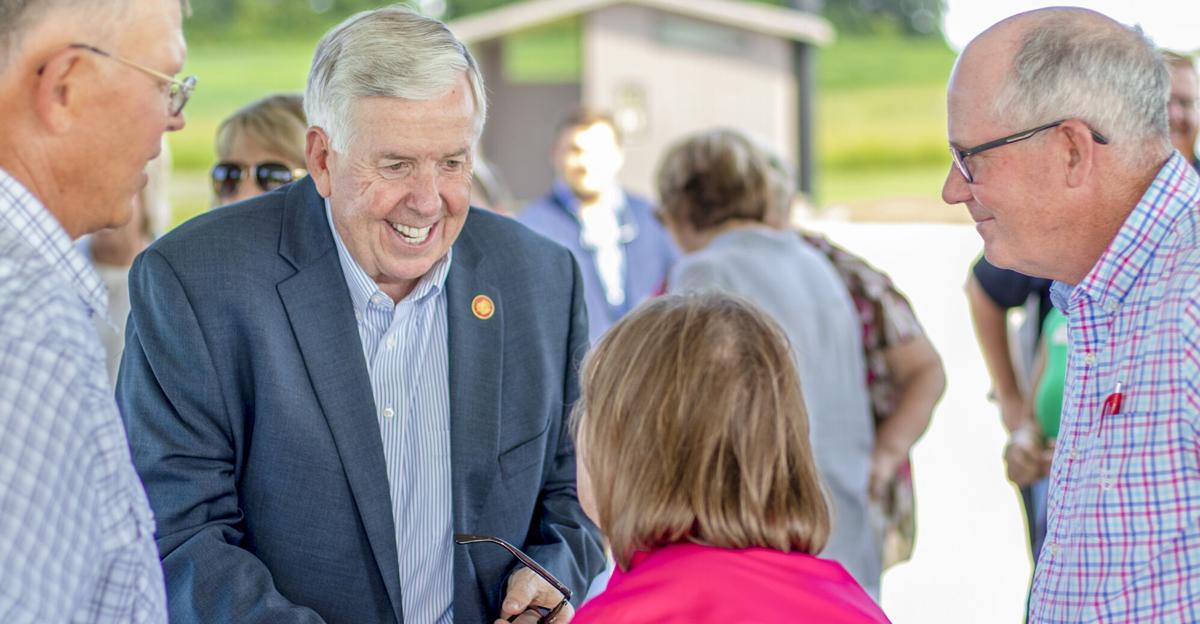 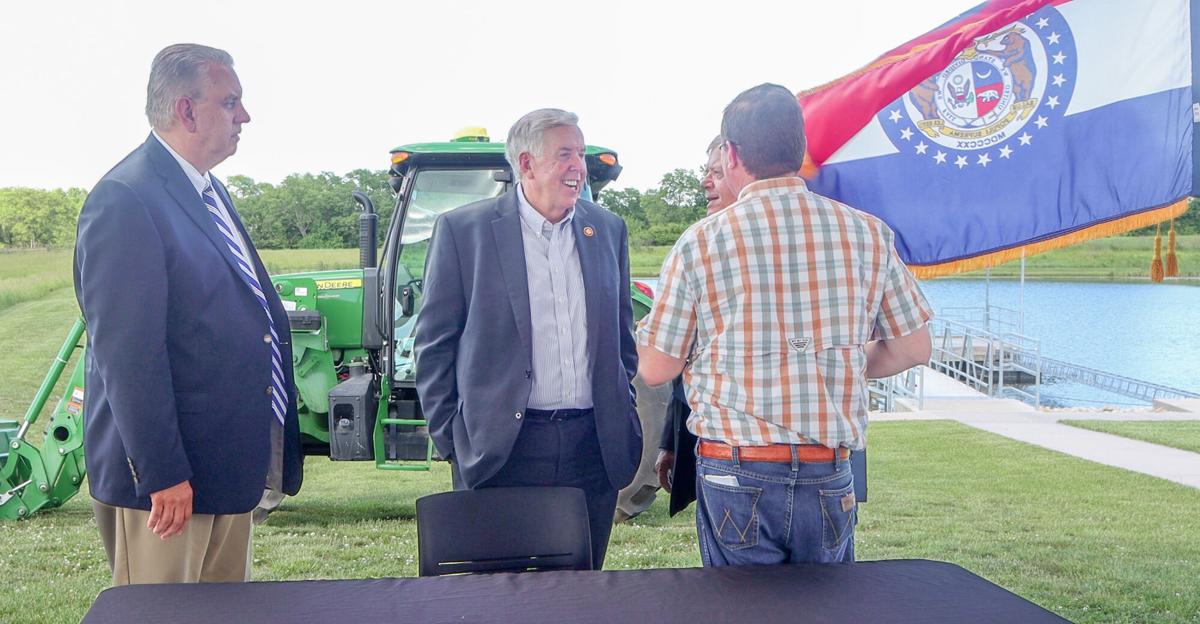 At the event outside Trenton, Parson spent a few moments to sign HB 574, a measure sponsored by state Rep. Kent Haden, R-Mexico, with the stated purpose of shielding farmers from unauthorized or surreptitious investigations by nongovernmental agencies and others who advocate for animal welfare.

“Agriculture is the heart and soul of our state,” he said.

“Those are all things that mean people are coming to the state, building their businesses and expanding,” Parson said. “But we gotta have the workforce available. That’s why (community colleges are) a priority.”

North Central is expected to partner closely with Missouri Western State University toward these ends. As it develops its Andrew County expansion campus and prepares to take over adult education at the Hillyard Technical Center, it will be among the largest education agencies in the area, comparable to MWSU, Northwest Missouri State University and the St. Joseph School District.

Hegeman referred to how NCMC aims to house most of its health sciences education in his home county, while leveraging the mechanical learning laboratories at the tech center. These all will be part of a greater institutional whole, and will not provoke internal competition for resources, he said.

“And we have supported these colleges and increased that support,” Hegeman said. “In this year’s budget, we increased their core funding by $10 million across the state. We continue to work with businesses and provide what many of our business leaders need.”

Parson said he will continue to coordinate with the state delegation to the U.S. Congress on obtaining federal funding for Missouri roads, construction projects and broadband internet service expansion, among other infrastructure needs.

He said Sen. Roy Blunt, R-Missouri, will be a partner in this effort that is taking place amid a major push by the administration of President Joe Biden to upgrade the nation’s brick-and-mortar assets.

But Parson also offered a note of skepticism.

“The trouble with the federal government, most times, is when they try to put a package together, it’s got so many things that don’t have anything to do with infrastructure.”

Parson said he is disappointed by the June 9 ruling of judges Jane Kelly, Roger Wollman and David Stras of the U.S. Court of Appeals for the Eighth Circuit which will, at least for now, keep Missouri from banning abortions after eight weeks of pregnancy. That rule would have been applied by the Missouri House Bill 126, sponsored in 2019 by state Rep. Nick Schroer, R-O'Fallon. The law, which Parson signed in May 2019, is entitled the Missouri Stands for the Unborn Act.

Parson said the legal battle will continue, referencing how a similar state law in Mississippi has been appealed to the U.S. Supreme Court. That court agreed to hear the case last month, and when it eventually rules, a new nationwide abortion standard could be put in place.

For now, the eight-week rule is not in effect. Kelly, appointed in 2013 by President Barack Obama, and Wollman, who is a 1985 nominee of President Ronald Reagan, held that Judge Howard Sachs, elevated by President Jimmy Carer in 1979, acted correctly in August 2019 in blocking HB 126. From the federal judicial district of Western Missouri, Sachs found plaintiff Planned Parenthood of the St. Louis Region, Inc., was likely to prevail on its claim that HB 126 violates a woman's constitutional right to medical privacy.

Motorcycle fatalities up 40% in Missouri