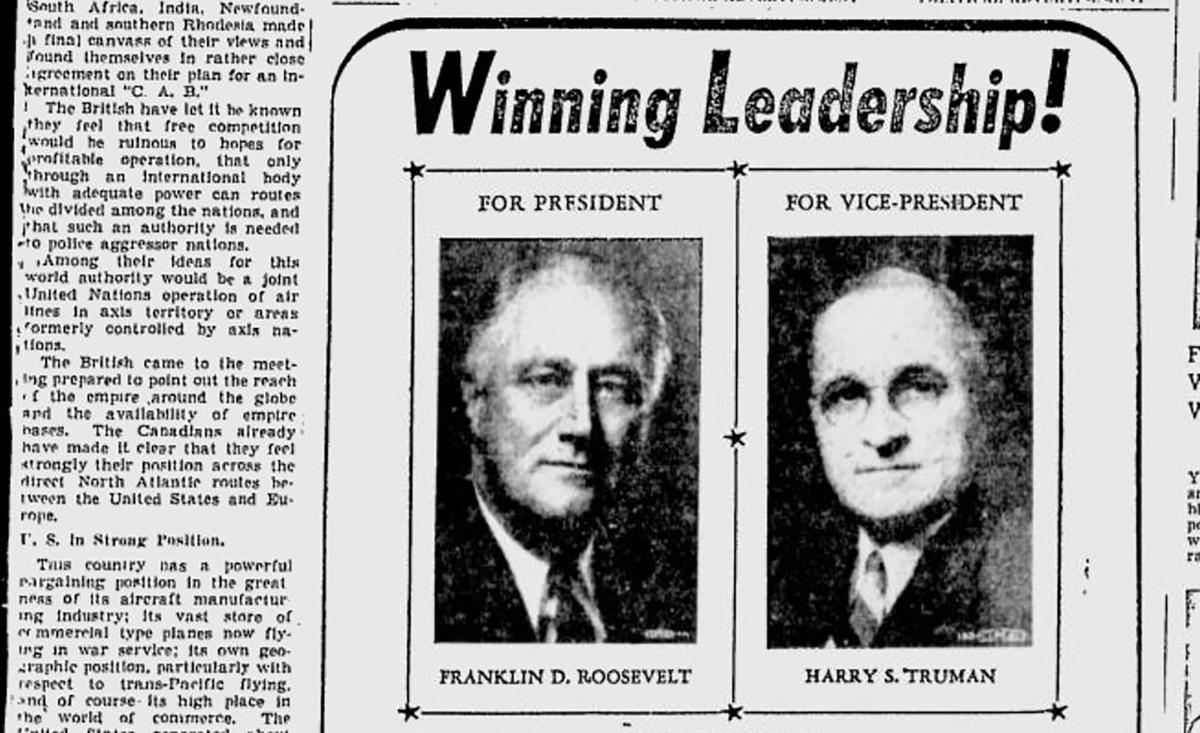 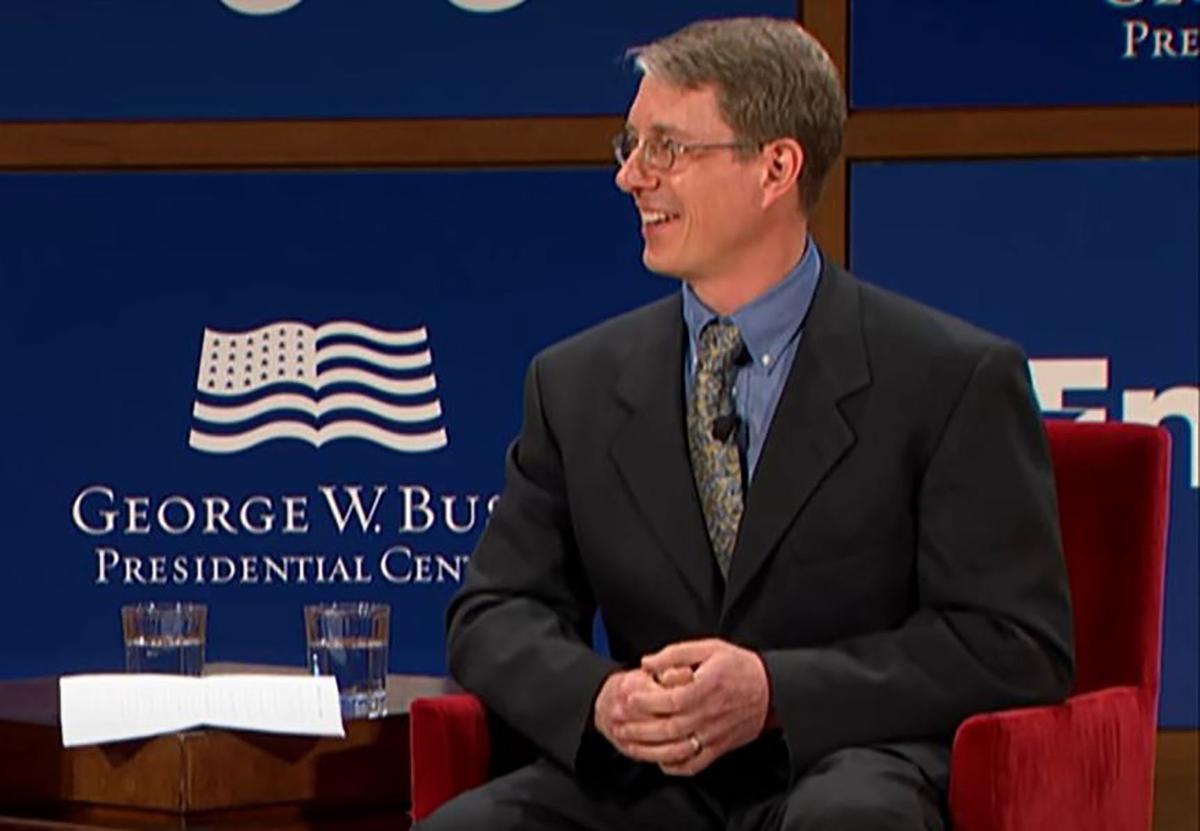 Dr. Patrick Meirick, in the Department of Communication at the University of Oklahoma, is one of the nation’s leading scholars in political advertising. 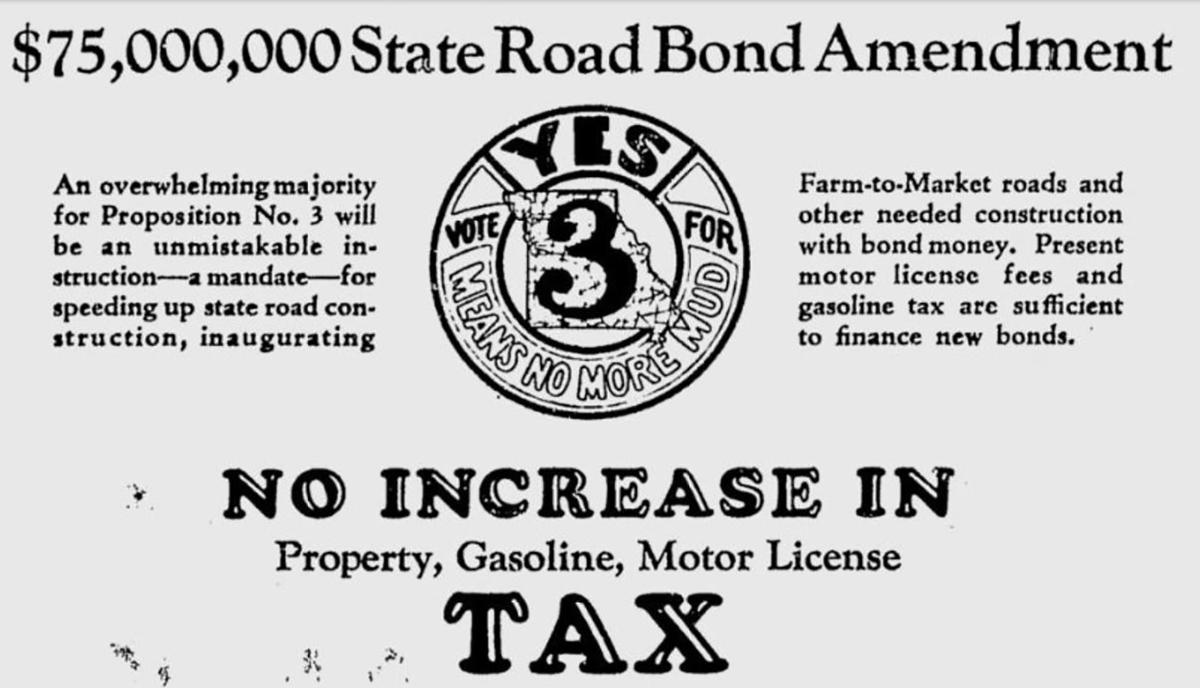 This ad in the St. Joseph News-Press in 1928 promoted a Missouri road bond amendment for road paving, promising ‘No More Mud.’

Dr. Patrick Meirick, in the Department of Communication at the University of Oklahoma, is one of the nation’s leading scholars in political advertising.

This ad in the St. Joseph News-Press in 1928 promoted a Missouri road bond amendment for road paving, promising ‘No More Mud.’

No one doubted the electoral optimism of Ferd J. Frankenhoff.

Defendants loved the guy. He had a penchant for leniency and made national headlines by assessing 10-cent fines for illegal possession of alcohol during the waning days of Prohibition. In 1940, the St. Joseph judge ran as a Democrat for Missouri governor.

Underfunded but enthusiastic, Frankenhoff campaigned on a platform of paying older citizens $40 a month. He visited every county in Missouri and predicted the night before the August primary, in a rally at Patee Park, that he would win by 100,000 votes.

The next day, the judge got 64,992 votes, roughly a quarter-million votes behind the Democratic nominee Lawrence McDaniel.

Other than news stories, scant evidence of Frankenhoff’s campaign can be found in archived copies of this newspaper and its sister publication in those days, the St. Joseph Gazette. That’s despite the fact that newspapers in 1940 had almost no competition in running national, state and local political advertising.

“No television in those days, of course, and radio was not that popular for advertising,” said Bob Slater, a former St. Joseph newspaperman and long-time observer of local politics.

In its 175 years of publication, the St. Joseph News-Press and other newspapers in its lineage have been in business for 43 presidential campaigns, including the one this year.

During that time, they have run countless ads for candidates and propositions. And while the media have changed over the course of decades, an examination of many of those long-ago ads shows common threads with the issues of today.

One such campaign, broadly discussed of late, took place in 1968, when former Vice President Richard Nixon ran for the White House in the midst of turmoil over race relations and the Vietnam War.

“It is time for an honest look at the problem of order in the United States,” Nixon voiced over televised images of demonstrators in American streets. “In a system of government that provides for peaceful change, there is no cause that justifies resort to violence.”

His “Law and Order” slogan appeared on Nixon campaign buttons. During his first year as president, he would give a speech asking for the “silent majority” of Americans to support him in his goals.

Leap ahead more than a half-century and find President Donald Trump, dealing with discontented masses taking to the streets, tweeting about “Law and Order” and talking about a “silent majority.”

Of course, no political party can corner this market.

Democrat Forrest Smith ran an ad in the News-Press in 1948 promising “Strict Law Enforcement.” He won. In 1968, an ad touting the re-election of state Attorney General Norman Anderson, a Democrat, urged voters to “Keep Law and Order in Missouri.” He lost to Republican John Danforth.

“I expect everybody is always going to be in favor of law and order,” Slater said. “The arguments for law and order and efficiency and better use of tax money are probably dating back to the early days of the republic. ... The goals remain elusive.”

Years do not dampen certain campaign tropes. Trump won in 2016 with promises to “drain the swamp” of Washington inefficiency and corruption. An Alf Landon campaign ad in the News-Press in 1936 contained a pledge to “reduce the cost of government (and) eliminate useless jobs.”

When Thomas Dewey ran for president against Missourian Harry Truman in 1948, his ad in the local newspaper bore the bold-faced line, “For years it’s been nothing but TAX, TAX, TAX.”

Missouri, with its extensive road and bridge system, has needed taxpayer approval over the years for improvement funds. Fortunately, not any today carry the urgency of a 1928 ad that urged voters to “Abolish the Mud Tax” and authorize a road bond amendment.

That same year, Henry Frans, seeking a new term as judge of the Buchanan County Court, boasted the county government “has graded, oiled and paved more roads” than any other in the state.

Yet some issues in 2020 remain unique to the times. Dr. Patrick Meirick of the University of Oklahoma, one of the nation’s leading scholars on campaign advertising, said polling shows the top issues for Americans as coronavirus, racial justice, economy and leadership.

“In most moments in history, if you had double-digit unemployment, you would think economy would be the most important issue by far,” Meirick told the News-Press.

“But it’s kind of in a four-way tie right now with those other three issues. And the other thing that is interesting about this is that I think the public understands why the economy is not doing well, and it’s because of the coronavirus.”

The communications professor said one difference this year has been the volume and tenor of third-party ads not constructed for television but for social media. Inevitably, these spots, not technically tied to campaigns, get broad viewing online but also on political news shows.

Last week, a super PAC called Committee to Defend the President launched ads about the mental health of Joe Biden, the Democratic nominee. A group called The Lincoln Project has produced similar content about the physical and mental capacities of Trump.

“You’ve kind of outsourced that, keep your hands clean,” Meirick said. “It’s striking to me that we’re seeing that come up. I suppose it makes sense because these are the two oldest nominees that we’ve seen for a major party. But usually campaigns don’t go there.”