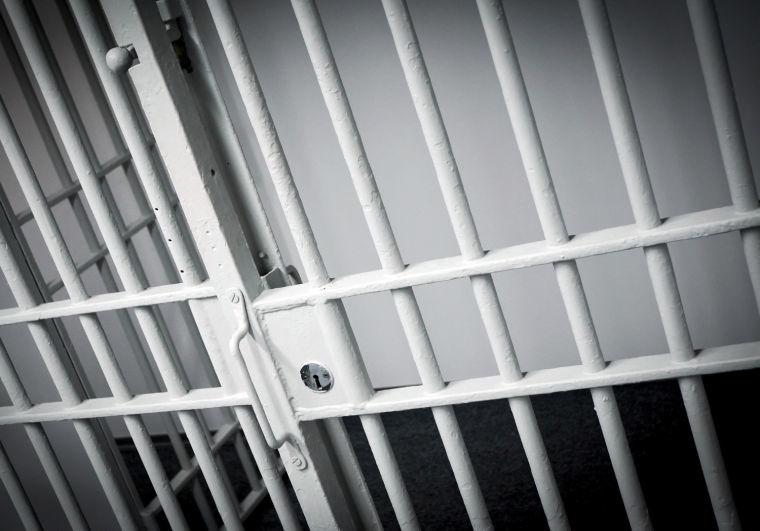 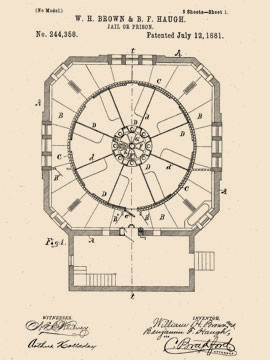 The original patent for a rotary jail.

The original patent for a rotary jail.

In “Human Squirrel Cage,” author Susan Cronk details how the county went from the simplest of lockups to an elaborate, rotating metal contraption that was supposed to be cutting-edge technology. Colloquially known as a “Lazy Susan,” or “merry-go-round” jail, the official name is “rotary jail.”

“The interior of the cell block was set on a circular metal platform,” Cronk said. “It pivoted around a metal pipe, with stationary bars on the outside like a keyhole.”

Cronk said the purpose of the rotating jail was safety, as detainees could only be accessed one at a time. The problem was, the detainees eventually figured out how to spin the platform on their own, which caused plenty of issues. The jail was built in 1882 and stood until 1985.

“They (the inventors) promoted it as the safest and securest, in order to prevent the jailers from being overrun by prisoners,” Cronk said. “It didn’t work out that way.”

Cronk said at one time, there were as many as 18 rotary jails across the United States, but none of them were perfect.

“There were two instances of where the jailers were overtaken by prisoners,” she said. “They would use it as a merry-go-round and jump in and out of the gate.”

“One of the legends of our (Nodaway County’s) jail was of a gentleman whose head was caught and crushed as the cell block was being turned by another prisoner,” Cronk said.

While she said most who tell the story say the man was decapitated, he wasn’t. He instead sustained a massive head injury and died later. Cronk lived at the jail in the 1970s when her father was the sheriff of Nodaway County, which sparked her interest in learning more.

Only three rotary jails are left in the U.S., and all are museums. One is located in Gallatin, Missouri, and the others are in Council Bluffs, Iowa, and in Crawfordsville, Indiana.

Nodaway County’s jail didn’t rotate after the 1930s, but it maintained its shape. In Cronk’s next book, “Thanks for the Hospitality But We Gotta Go,” she plans to chronicle some of the 50 successful escapes from the Nodaway County Jail.