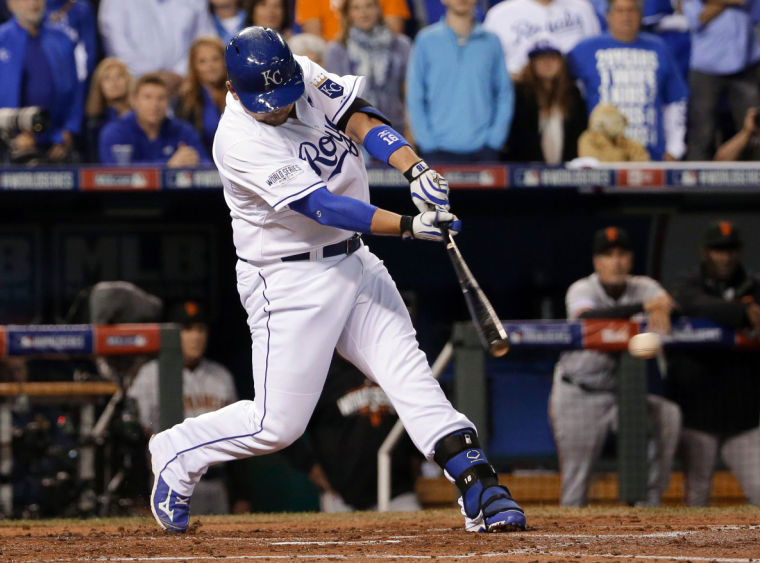 Kansas City Royals’ Billy Butler hits an RBI single during the first inning of Game 2 of the World Series against the San Francisco Giants on Wednesday in Kansas City, Mo. 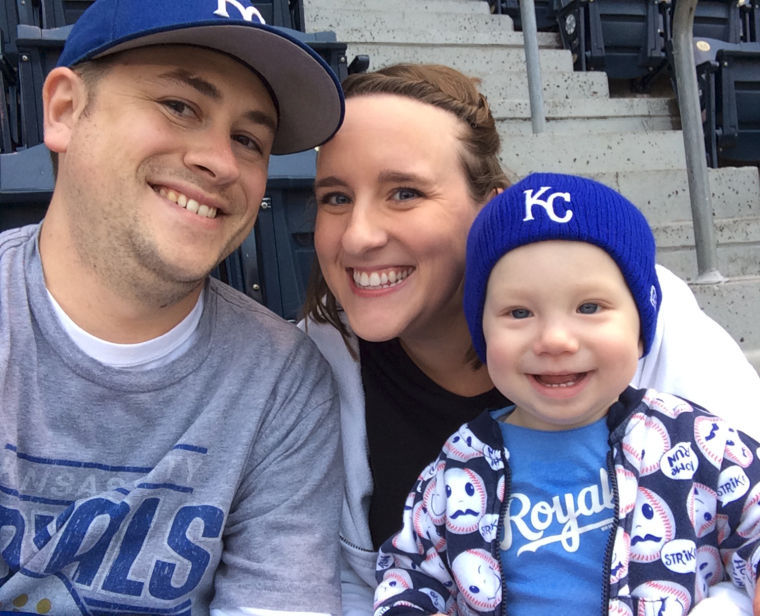 Ross Martin, his wife, Krystle, and son Cale are shown on Sept. 15 at the Kansas City Royals game.

Kansas City Royals’ Billy Butler hits an RBI single during the first inning of Game 2 of the World Series against the San Francisco Giants on Wednesday in Kansas City, Mo.

Ross Martin, his wife, Krystle, and son Cale are shown on Sept. 15 at the Kansas City Royals game.

On Wednesday night, the Royals got some great action off the bat of Billy Butler, who you might have heard has a unique nickname. And the story of how he got that nickname is just as unique.

You may know Billy Butler as the man who waited 10 years to get to the World Series after being drafted by the Royals in 2004. You may know him as the guy who tied Game 2 with a first-inning single before driving in the go-ahead run with a single in the sixth. Or you may know him as he is more affectionately known — “Country Breakfast.” So, how did he get that nickname?

The answer to that question is pretty interesting. The problem with claiming to come up with a term, phrase or nickname is that it’s tough to prove. But that isn’t the case with “Country Breakfast” because there is a sort of paper trail.

An electronic trail, actually, that can be traced back because the man who first referred to Billy Butler as “Country Breakfast” did so on Twitter. That man is former St. Joseph News-Press sports editor Ross Martin.

“My understanding of a country breakfast is a breakfast that includes all of the meats — sausage, bacon and ham. And anybody that knows Billy Butler, he looks like a guy that puts away a few of those meals every now and then,” Mr. Martin joked Thursday afternoon.

Mr. Martin first put the “Country Breakfast” nickname into the Twittersphere years ago after a rain delay sent television coverage of a Royals vs. Red Sox game to coverage of street basketball instead.

“All of a sudden, the game was taken away from us and somebody (on Twitter) throws out the idea and says, ‘Hey, what would be some Royals streetball nicknames?’” he recalled. “I think in this instance it’s like anything on Twitter. You throw it out and see what’s going to stick.”

Mr. Martin said his Twitter account saw an immediate surge of followers as others began to retweet his comment — nickname included. Since then, the name has been used on ESPN’s SportsCenter and in USA Today and Mr. Martin himself was even given credit by an on-air commentator during a Royals vs. Marlins television broadcast.

So, now that the world knows, what about Butler? If given the chance, would Mr. Martin fess up to inventing the nickname to the man himself? That question posed to Mr. Martin received a cautious response.

“He didn’t necessarily like it at first. I’m afraid he might be kind of upset with me and want to know why I’d want to do that to him,” he said. “But I’d love to. I truly am one of his biggest fans.”

Alex Flippin can be reached

Cold and windy for your Sunday