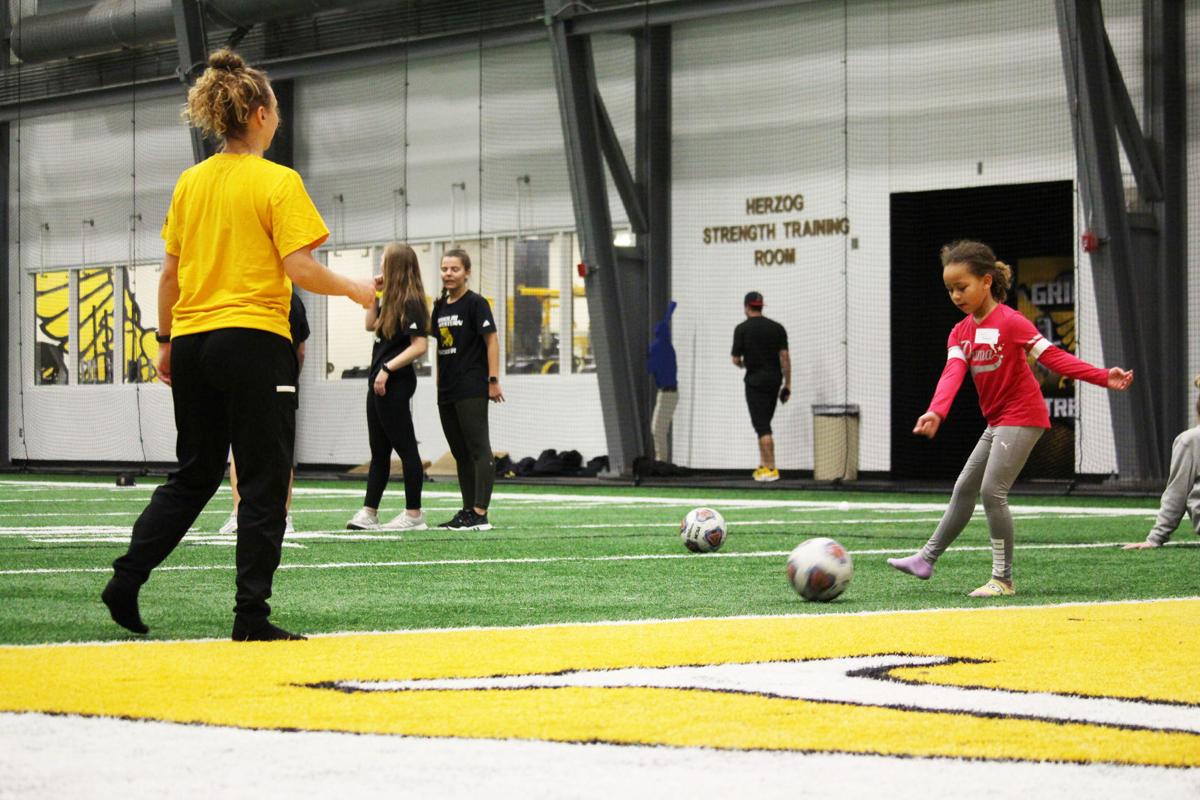 Children were able to play soccer with a number of Missouri Western students Friday night during the ‘Night Out on the Griffs’ event. 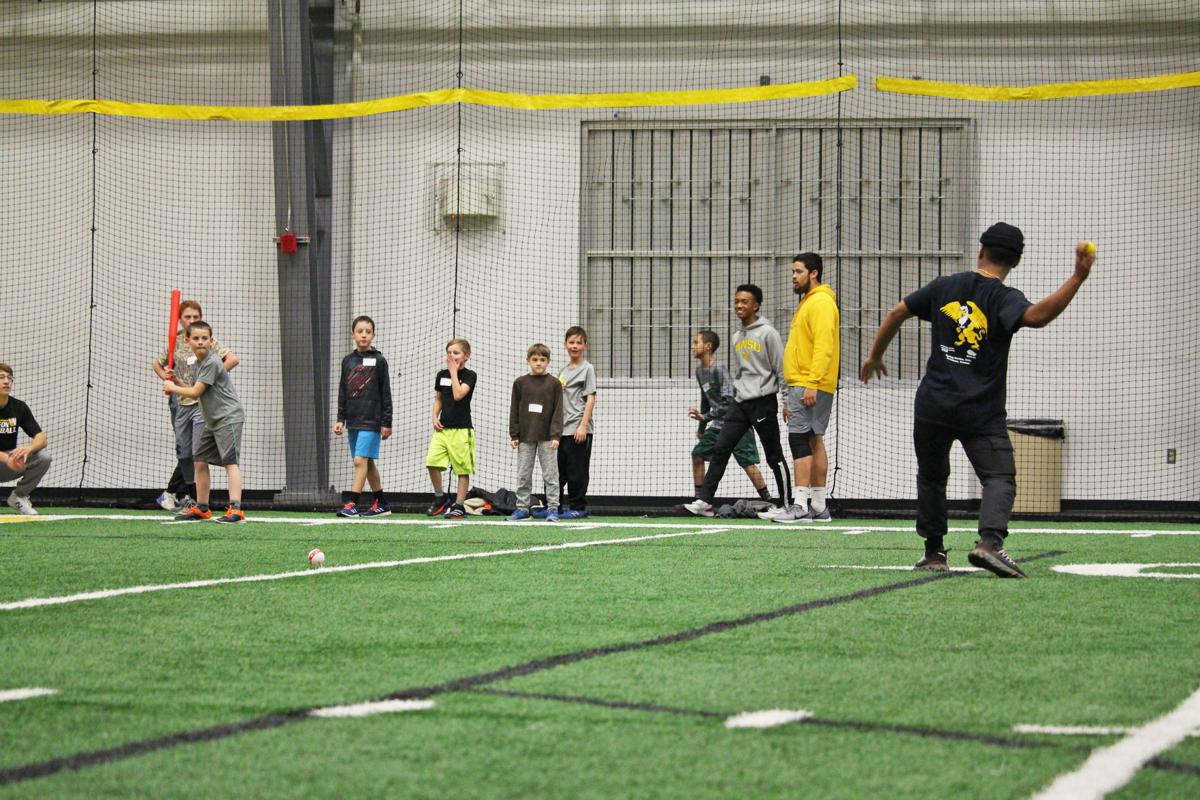 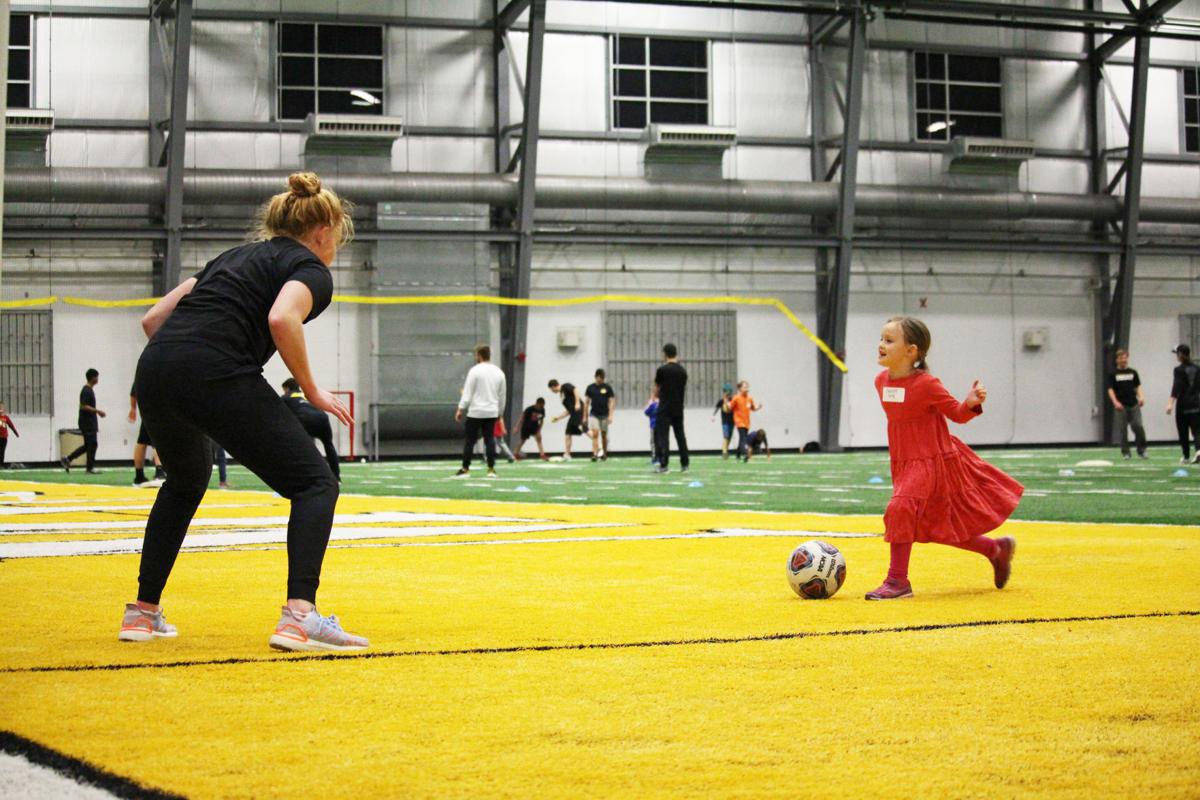 Children were able to play soccer with a number of Missouri Western students Friday night during the ‘Night Out on the Griffs’ event.

The event had parents drop off their kids around 6 p.m. to be picked up at 9 p.m. During that time, children were grouped up with student athletes who took them to various stations representing different sports, from baseball and tennis to cross country and soccer.

“We’re just trying to introduce them to a whole bunch of sports here with the ‘Love to Play’ initiative … (which is) trying to avoid early sports specialization. So we’re trying to get these kids to try all the sports and maybe they’ll find something that they didn’t even know they liked,” MWSU volleyball player Ali Tauchen said.

Coloring books, snacks and a movie room were available to the children as well.

The program also was done in two shifts for the student athletes, with sports like football and golf showing up later in the night.

For MWSU baseball player Chas Verduzco, engaging with the children Friday night reminded him why he loves sports in the first place.

MWSU soccer player Mackenzie O’Neill, an organizer with the “Night Out on the Griffs” event, said there were fewer families that RSVP’d for this year’s event, though parents were able to bring in children without calling ahead.