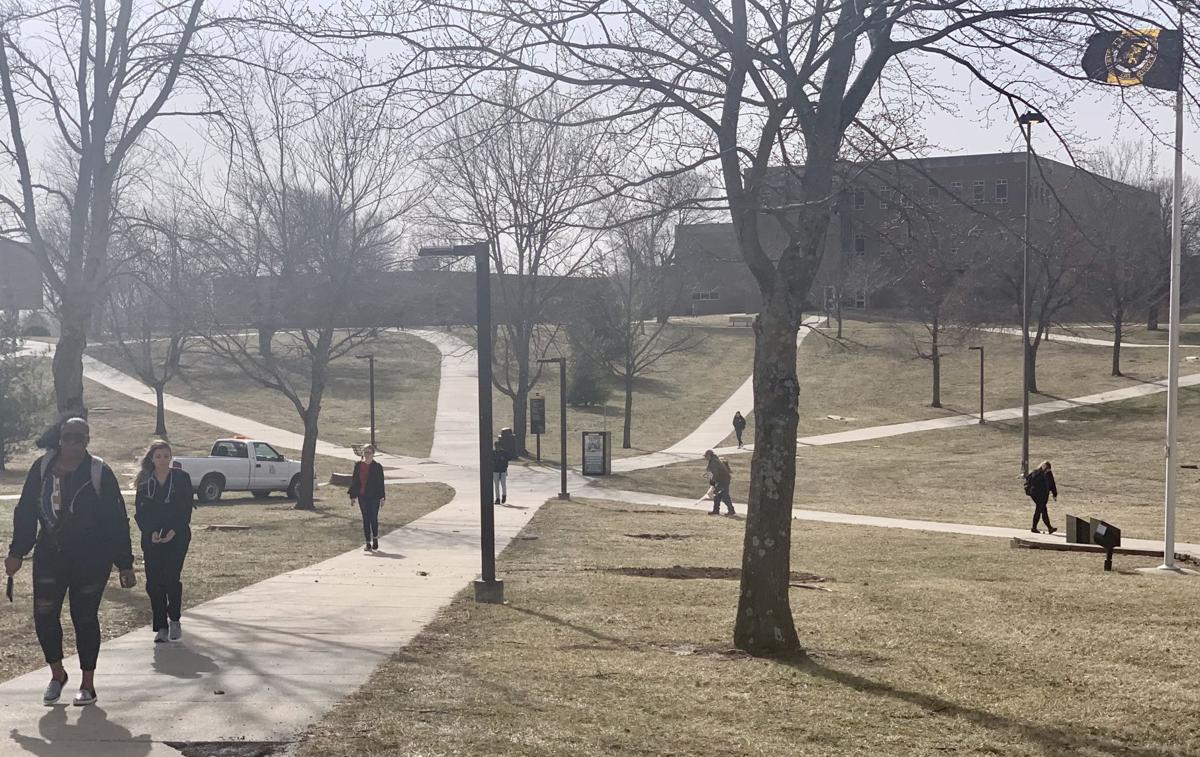 The Missouri Western Board of Governors approved a declaration of financial distress for the university Thursday. President Matthew Wilson made recommendations based on discussion from a financial advisory committee.

Missouri Western Board of Governors met to discuss the university’s financial issues. The board approved the declaration of financial distress.

The Missouri Western Board of Governors approved a declaration of financial distress for the university Thursday. President Matthew Wilson made recommendations based on discussion from a financial advisory committee.

Missouri Western Board of Governors met to discuss the university’s financial issues. The board approved the declaration of financial distress.

The Missouri Western State University Board of Governors held a special meeting Thursday night to discuss financial issues and the future of various university programs.

University President Matthew Wilson announced Feb. 28 that a financial advisory council was convening to decide programs that would be reduced to help with the $2.4 million gap in the budget.

Through that council, Wilson recommended to the board that the university declare financial distress and move forward with an academic review board. The board stayed united and approved the motion.

”We are at a point where we can no longer be everything to everyone,” Wilson said.

Over the next month the review board will consist of four deans and four chairs to evaluate nearly 130 programs at the university.

“We need to strengthen our core and put ourselves in a position to serve our students’ needs best and serve the community,” Wilson said.

The state of Missouri has a standard if a university isn’t graduating 10 students in a certain major per year, that major should be examined closer.

“Really what we’re doing is what the state has asked us to do in terms of programs,” Wilson said.

The board will make a recommendation to the Western provost in early April on what programs should be strengthened, remain the same or adjusted, and which ones will no longer take new students.

“At that point we’ll open it up to the campus community to have an opportunity to provide input to the recommendations that have come from the review board,” Wilson said.

Since the initial announcement of future program cuts, Wilson said the feedback has varied, but faculty and staff have a high amount of hope for the future.

”People have come and said we really appreciate you taking a hard and serious look, because what you’re doing, although it’s going to be difficult in making adjustments and potentially eliminating some of the underperforming programs, at the end of the day it’s necessary for the survival of the university,” Wilson said.

Despite the potential of eliminating programs, Wilson and the board are hopeful the additions rolled out in the last eight months will attract students and help evolve the university.

Wilson will make the finalized recommendation to the Board of Governors April 29, to decide what to move forward with to improve the university’s financial state.