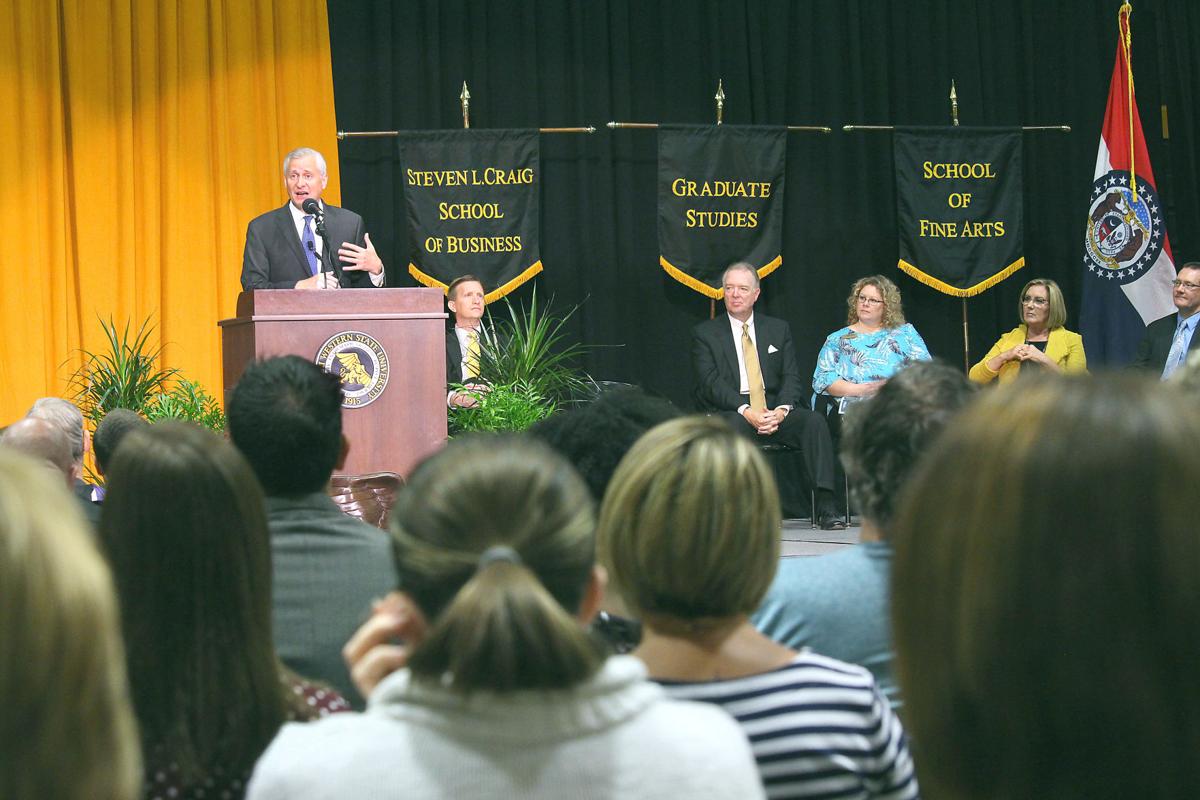 Jon Meacham’s presentation during the 26th annual R. Dan Boulware Convocation on Critical Issues was titled ‘The Soul of America: Moving Beyond Division and Hostility.’ 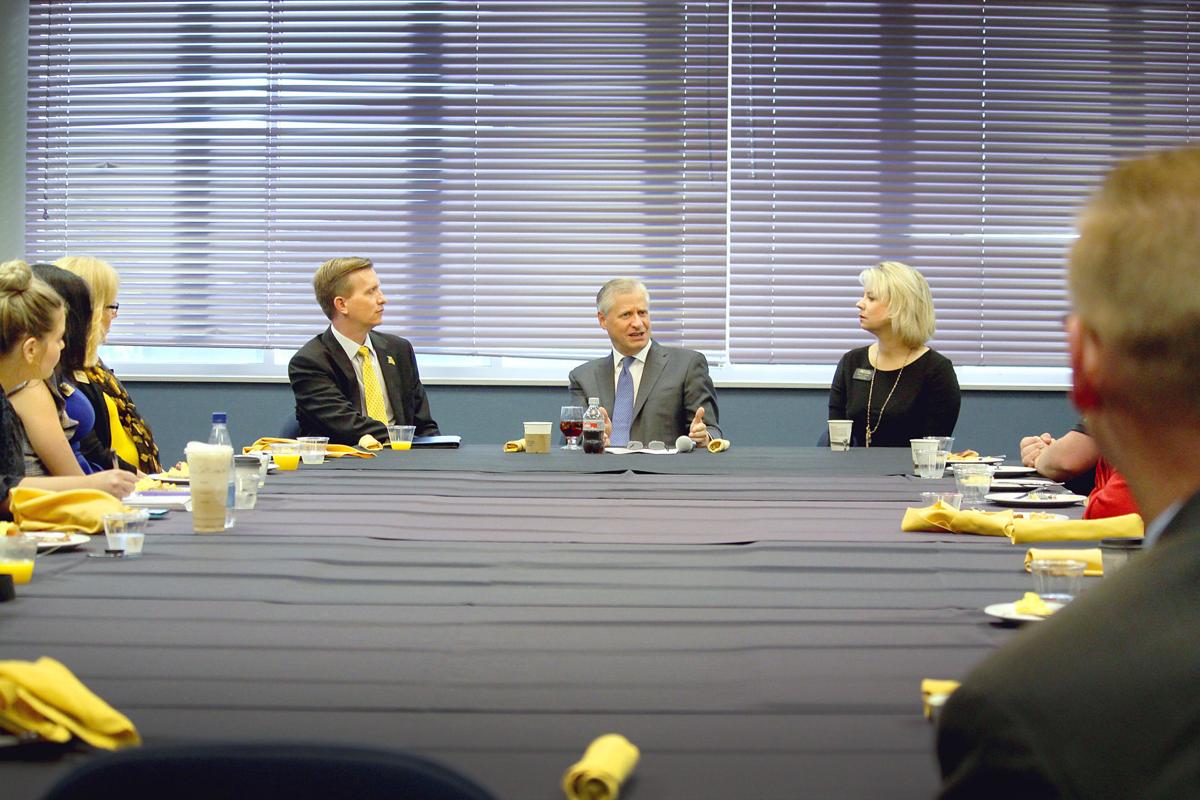 Jon Meacham talks with students during the Convocation Breakfast prior to his presentation Thursday morning. 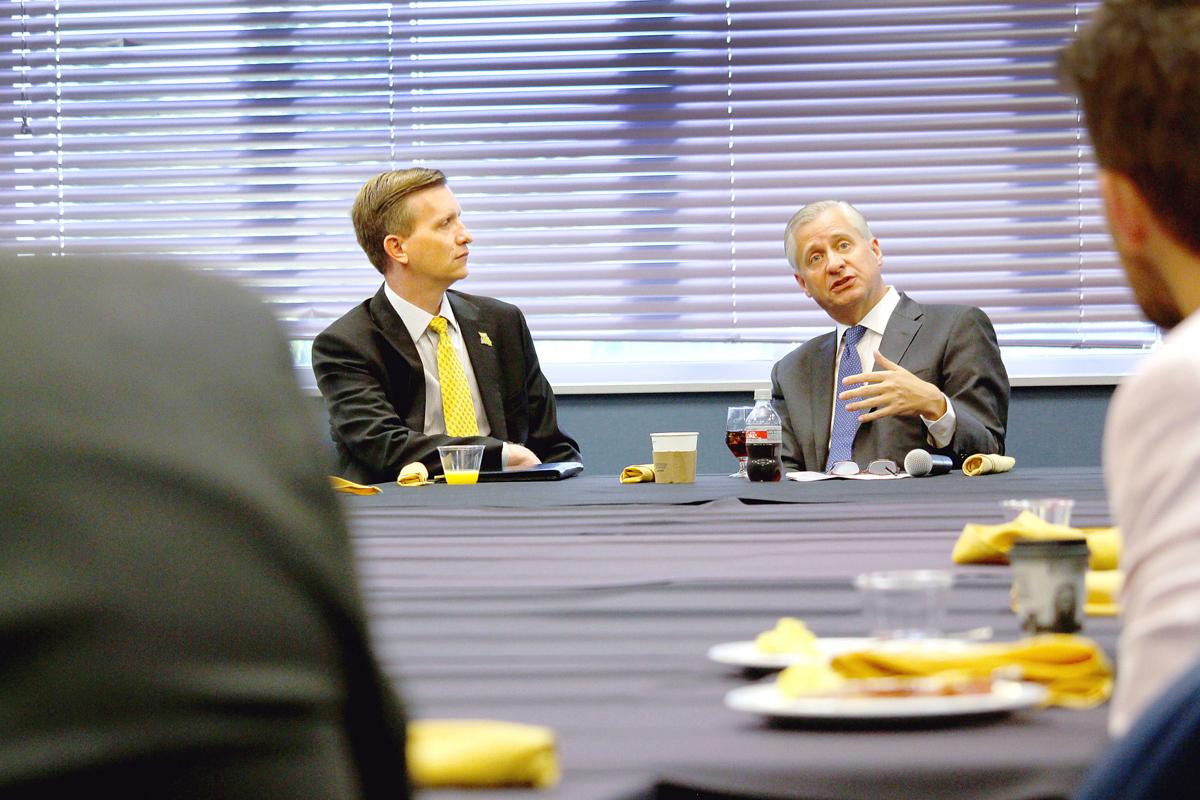 Jon Meacham’s presentation during the 26th annual R. Dan Boulware Convocation on Critical Issues was titled ‘The Soul of America: Moving Beyond Division and Hostility.’

Jon Meacham talks with students during the Convocation Breakfast prior to his presentation Thursday morning.

Meacham’s speech, titled “The Soul of America: Moving Beyond Division and Hostility,” focused on the country’s history and how it parallels a number of current events. He also spoke of the need for empathy among government leaders as well as society in general.

“By talking about the American past, we raise the odds of being able to create a kind of mutual recognition of what the national project should be,” Meacham said during his presentation.

He would go on to emphasize the importance of factual data and forming personal opinions apart from various media outlets, online posts and tweets.

Meacham’s conversations with President George H.W. Bush and First Lady Barbara Bush anchored many of his topics, oftentimes to a humorous degree. Having written the former’s presidential biography (Destiny and Power: The American Odyssey of George Herbert Walker Bush) which debuted at No. 1 on the New York Times bestsellers list, Meacham utilized a near spot-on impression of the former president to get his points across.

“I think you make the case that there’s a distinction between politics and public life, and so you have to lay that out and say, ‘What role do you want to play in the world beyond yourself?’” Meacham said in a news conference setting prior to his presentation. “And that may take a political manifestation, it may take a service manifestation, but the underlying motivations, I think, are the same, which is to what extent do you want to temper and shape a broader reality for other people?”

Identifying himself as neither a Republican nor Democrat, Meacham explained the importance of the nation’s history to the community members and students in attendance.

“By looking back, we gain a sense of proportion. … It offers a kind of diagnostic guide. If you look back, you can detect that there are certain symptoms that occur when a particular ailment is present, and that suggests possible routes of treatment in order to survive,” he said. “I talk historically about the present largely because it offers us the best piece of common ground possible to have a slightly more illuminating conversation. We all want to push on toward a more perfect union and have conversations that produce more light than heat. By talking about the American past, we raise the odds of being able to create a kind of mutual recognition of what the national project should be.”

Dan Boulware, for whom the convocation is named, was impressed with Meacham’s speech and the lessons contained therein.

“He nailed it. I’m so pleased with the comments I’ve already received from people, students and members of the community about how they reacted to him. And they’re all saying that this may have been the best convocation,” Boulware said. “I’m sorry for the people that missed it. I’m happy for the people that were here. He was terrific.”

Students from Missouri Western as well as various schools from across the district attended the convocation, as did members of the Student Government Association at Missouri Western.

For SGA Vice President Nathan Scott, the information was most certainly relevant to the current political climate.

“I think (what I observed was) just the insight that can be gained from looking at history and studying issues from the past and how that can inspire others to make an impact in the future,” Scott said.

Complaints rack up about upkeep of Ashland Cemetery