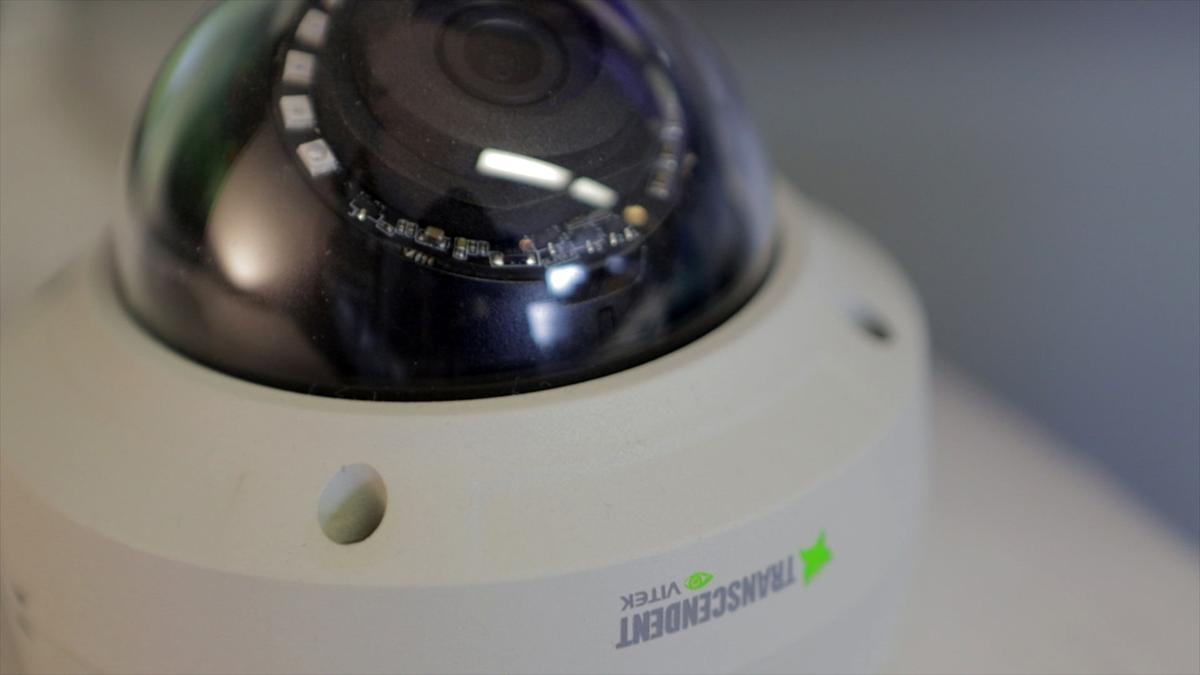 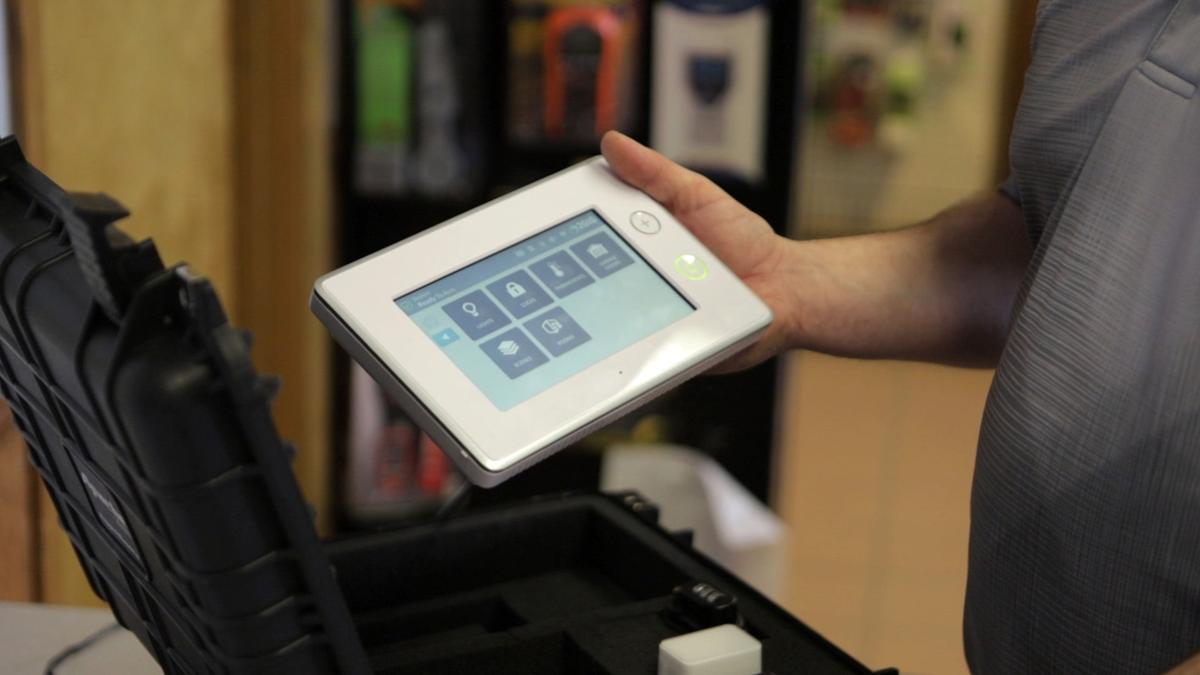 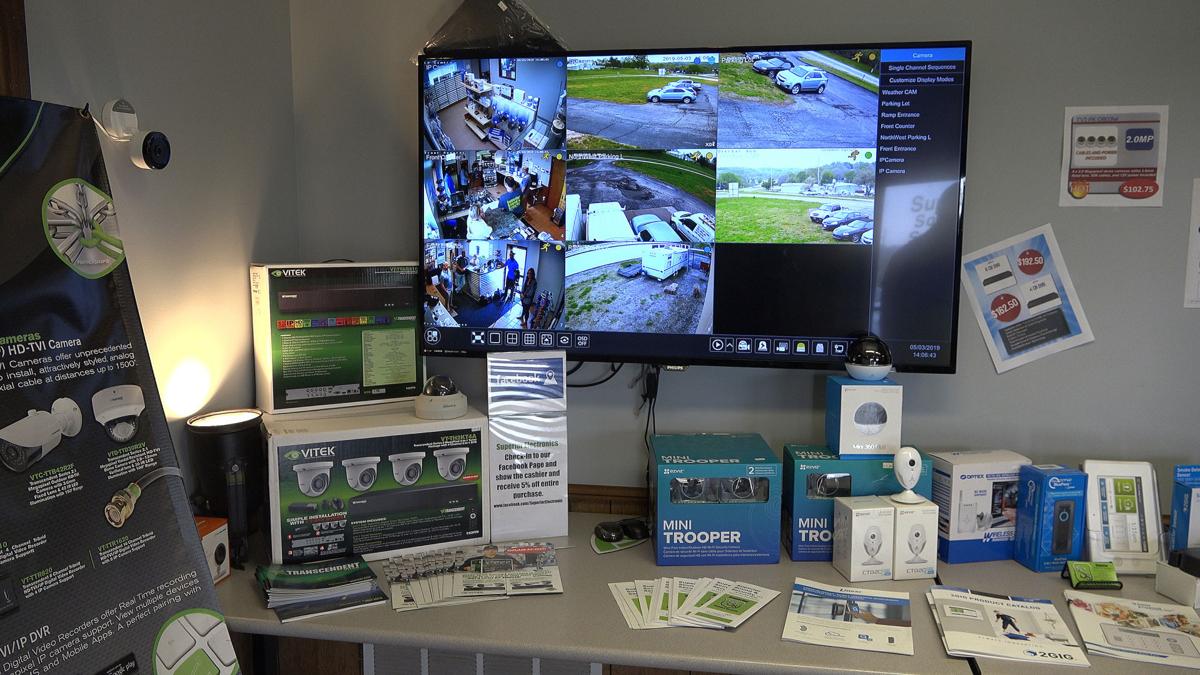 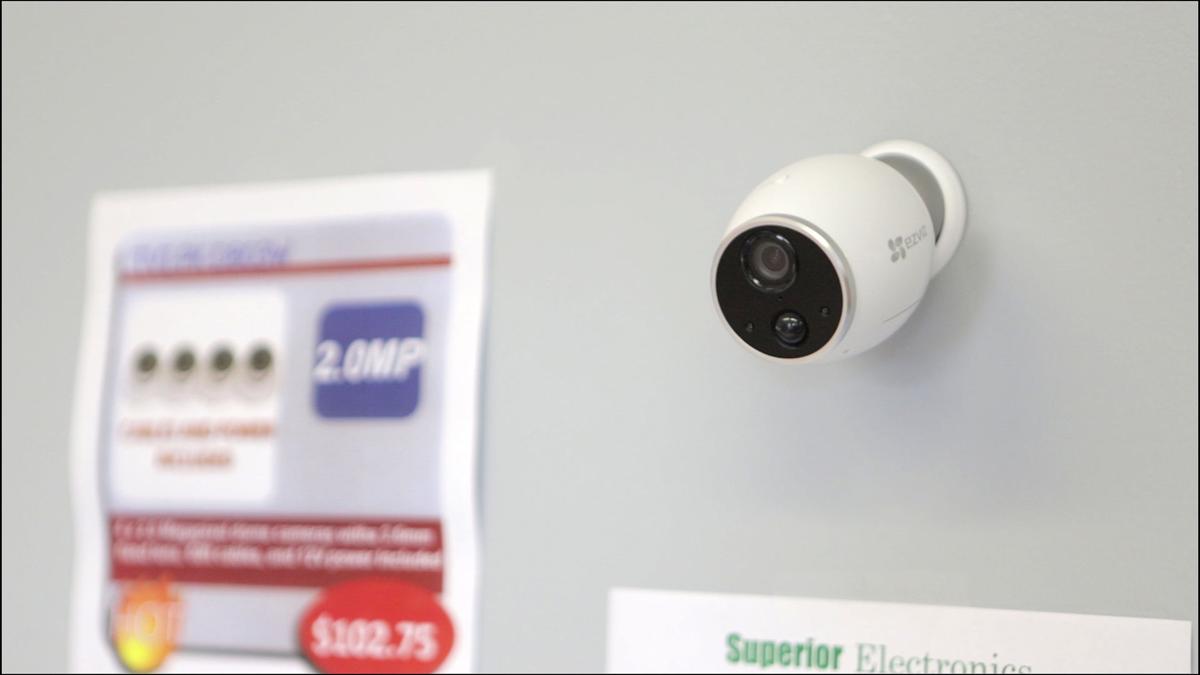 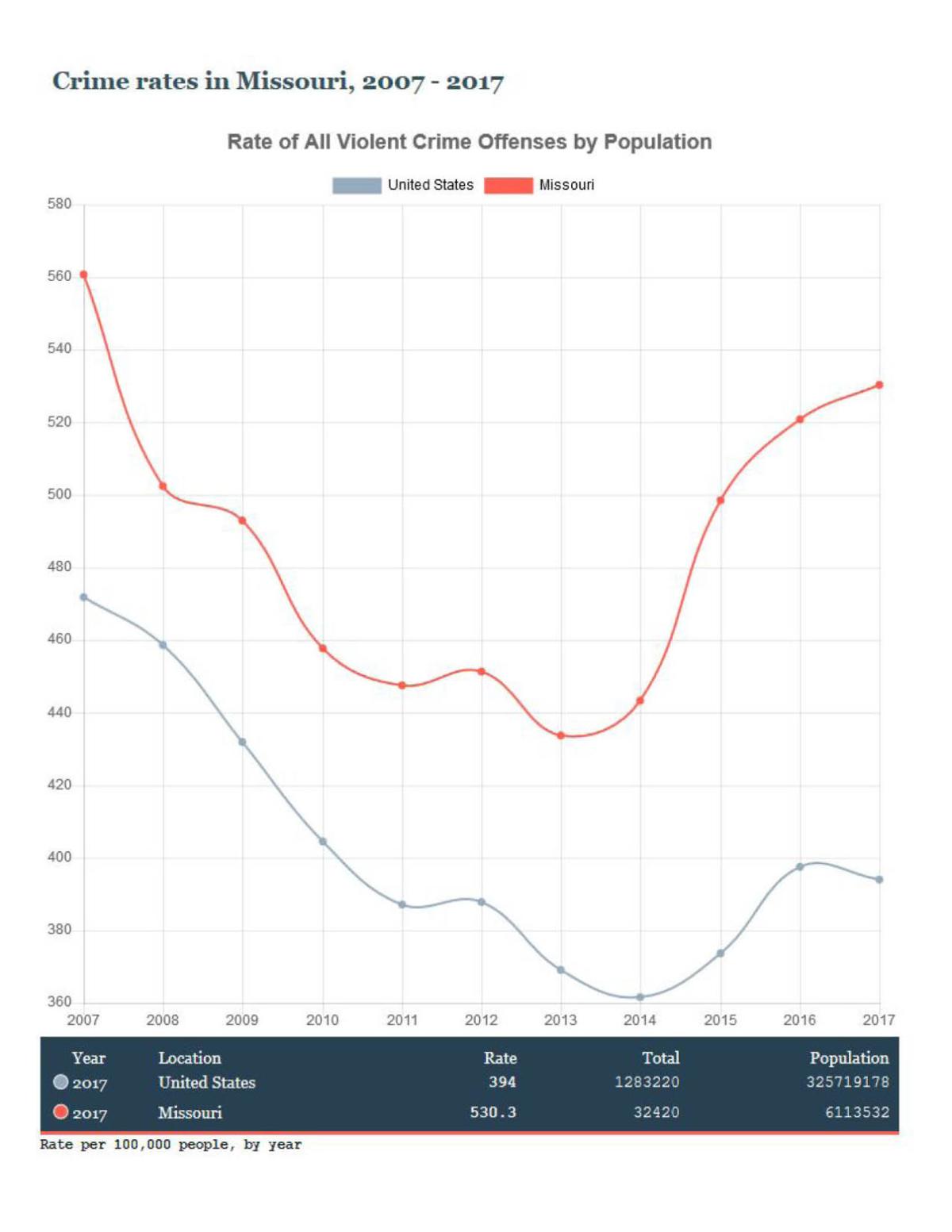 Rates for All Violent Crimes in Missouri Compared to the rest of the United States. 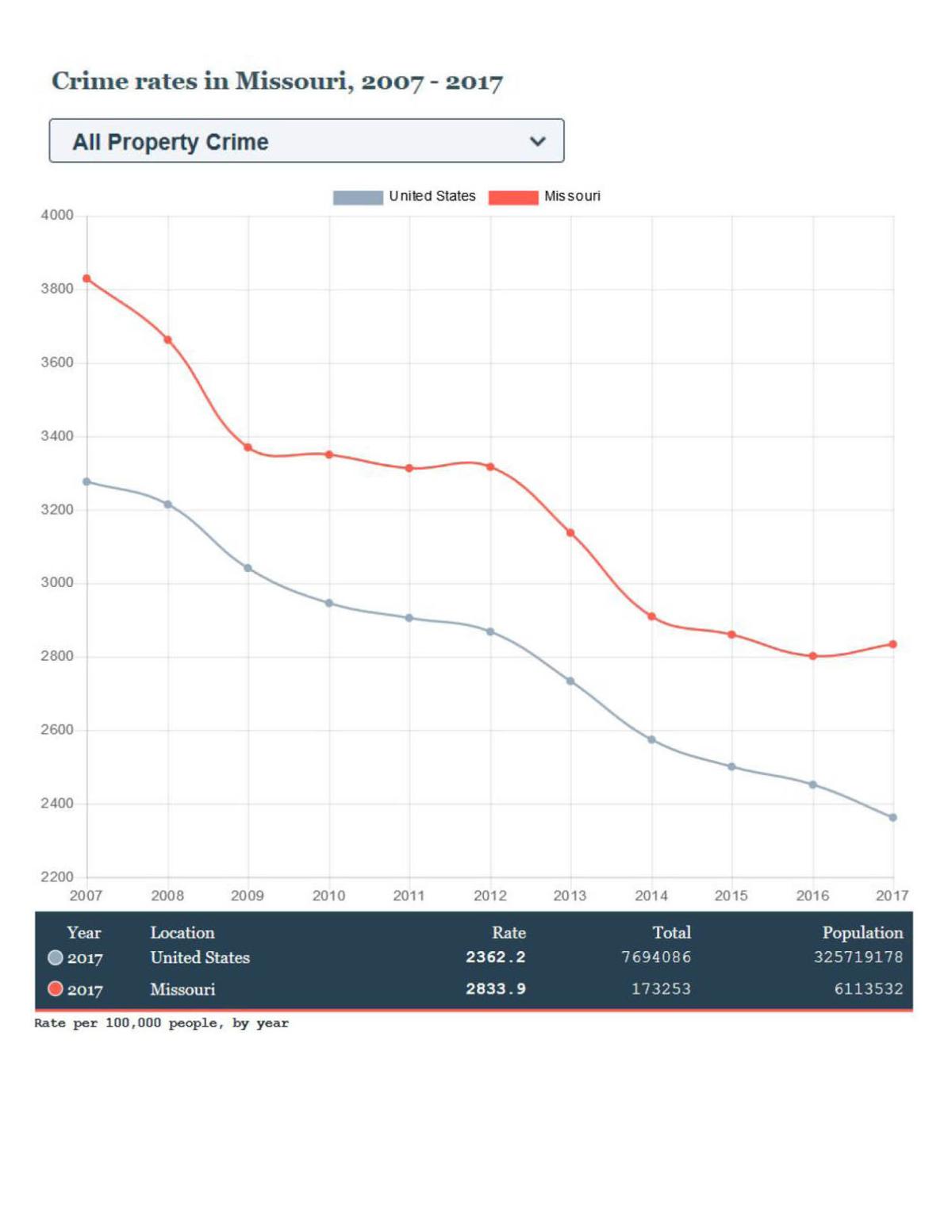 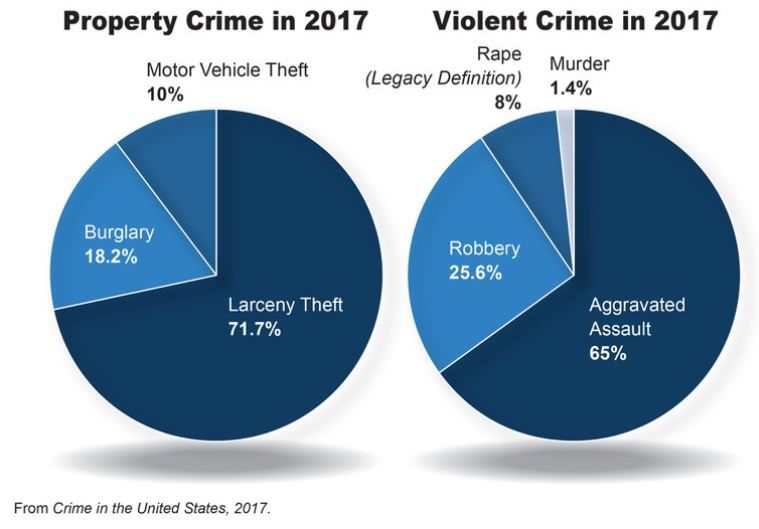 Rates for All Violent Crimes in Missouri Compared to the rest of the United States.

As home security systems become more affordable and available, the market for such safety measures is expanding from $45.8 million in 2018 to $74.8 million in 2023, according to a MarketWatch projection.

“It’s pretty necessary,” Smith said. “We’ve actually had one at my aunt’s house, and it went off a week ago and the guy ran away. So, I mean, it works.”

Smith himself uses a smart security system that lets him combine surveillance and alarm systems with home automation, including remote light and thermostat control among other things.

“I have a door lock in my house that’s really nice,” he said. “It’s a deadbolt lock. When my kids walk out the front door when they leave for school, 30 seconds later the door locks itself. It has a keypad on the outside for them. Since they don’t have the app on their phone, I can unlock it from my app.”

Still, surveillance footage can provide useful legal leverage, according to Allen Rostron, a professor of law at the University of Missouri-Kansas City.

“It can be very powerful evidence,” Rostron said. “You catch somebody on tape doing something — that’s pretty compelling.”

However, not all surveillance video automatically makes good evidence in court.

“It would still have to satisfy the general requirements we need for evidence. It has to be relevant and, to some extent, you need to be able to authenticate it,” Rostron said.

In a video evidence primer for prosecutors, the U.S. Department of Justice recommends the testimony of an eyewitness to authenticate surveillance footage. Timestamps on surveillance footage can help verify it, although issues of wrongly set time and date can be a problem, Rostron said.

“If you come in and say ‘Something was stolen from the office at 3:30 in the afternoon, here’s the recording of someone walking in just before’ but the time doesn’t say the correct time, you’d have some explaining to do,” Rostron said. “That could make it problematic, and it would open the door for the other side to say this isn’t really valid.”

While security cameras can aid in catching criminals, owners of surveillance devices should be careful not to commit a criminal act themselves, Rostron said.

Whether videotaping someone is a crime depends on consent, state law and if the person being filmed has a reasonable expectation of privacy in the situation.

Missouri statute defines invasion of privacy as filming someone without their consent “while the person is in a state of full or partial nudity and is in a place where one would have a reasonable expectation of privacy.”

“If you film someone in a bedroom or a bathroom where they would have a reasonable expectation of privacy and you’re spying on them with a camera, that’s a crime,” Rostron said.

Filming one’s own yard or public space is usually legal if there is no audio recording involved, but taping a neighbor’s property could lead to an issue.

“If your camera picks up everything that they do in their backyard, one could say they don’t have a reasonable expectation of privacy because we’re outside,” Rostron said. “But if you have a fence around your backyard and you’re out there on a Sunday evening, you might argue that you would have a reasonable expectation that people aren’t watching.”

In general, Rostron recommends reading up on privacy laws before installing surveillance cameras.

One more person dies of COVID-19 in Buchanan County

Bars deal with mask mandate over the weekend

Charges filed in wreck that resulted in 2 deaths