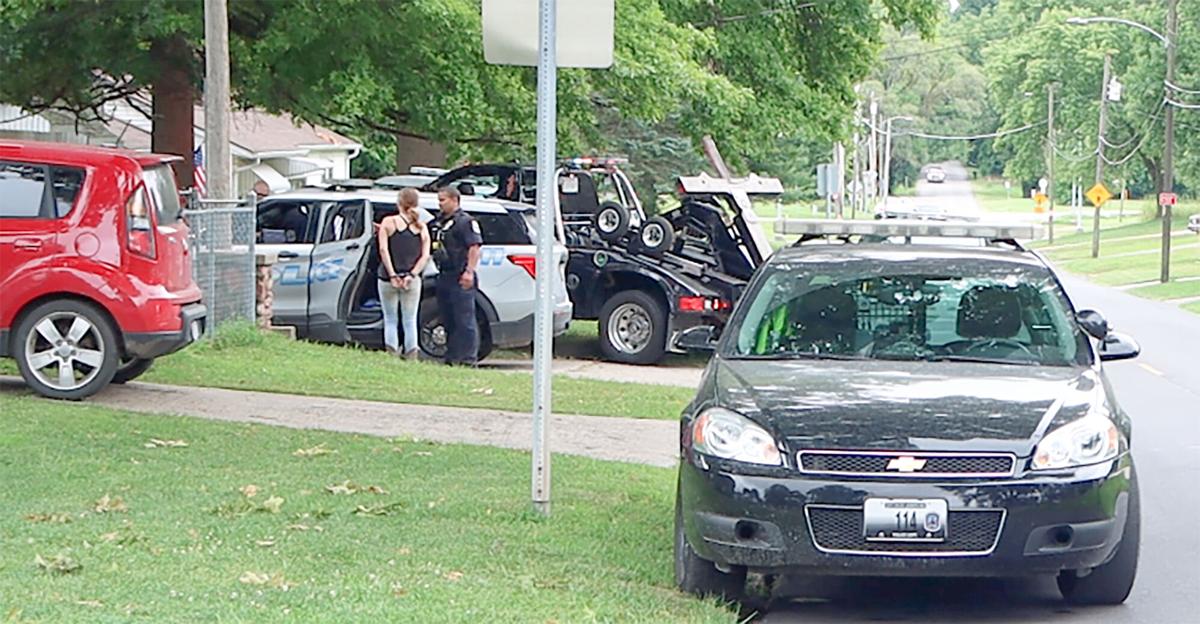 A St. Joseph Police Department officer ushers a detained woman into a police vehicle on Saturday morning after the conclusion of a four-hour standoff. 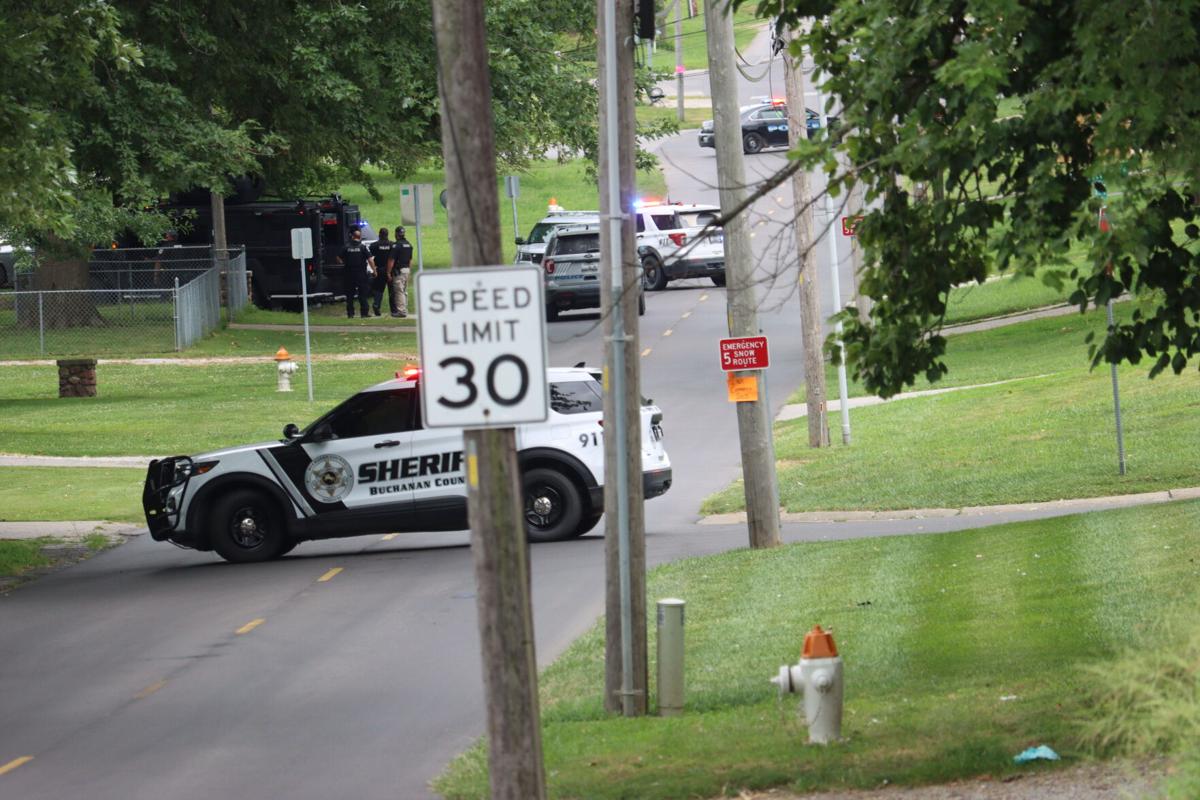 The St. Joseph Police Department and the Buchanan County Sheriff's Office shut off streets during an incident Saturday morning near Southwest Parkway.

A St. Joseph Police Department officer ushers a detained woman into a police vehicle on Saturday morning after the conclusion of a four-hour standoff.

The St. Joseph Police Department and the Buchanan County Sheriff's Office shut off streets during an incident Saturday morning near Southwest Parkway.

No one has been significantly injured after local law enforcement detained two people Saturday amid their alleged refusal for a four-hour period to exit a home in south St. Joseph.

Neither subject has been named at this time. The first, a 36-year-old man, is under investigation for stealing a motor vehicle and resisting arrest. The second, a 25-year-old woman, is under investigation for resisting arrest and no other specified offense at this time, but that is subject to change. The St. Joseph Police Department said the man is also held in connection with two previous warrants from other jurisdictions. The two people remain in SJPD custody pending a 24-hour investigatory period, and review of possible formal charges.

Sgt. Travis Clawson, SJPD, said a police unit encountered a vehicle at about 7:30 a.m. Saturday then identified as stolen, and attempted to stop it. The vehicle fled at a high rate of speed, Clawson said. SJPD opted not to give chase, as officers soon learned that the vehicle is associated with a residence in the 2600 block of S. 28th St. The people inside the vehicle, SJPD learned, had fled to that house and sought shelter there, where they reside.

"So, at that time, they just formed a perimeter around it and held that position until we could get a search warrant," said Clawson, designated scene commander.

For the duration of the incident, this perimeter enveloped S. 28th St. between Maurice Drive on the north and Commercial Street in the south, not far south of U.S. Highway 36, with S. 28th St. closed in both directions. SJPD requested help from the Buchanan County Sheriff's Office; Sheriff Bill Puett sent a number of vehicles, as well as K-9 Drake with handler. In addition, Clawson said, the department deployed its armored vehicle, the Lenco BearCat. Clawson is a member of the SJPD Special Response Team, but the team itself did not activate as a whole.

"We had a couple of the members there, but the only thing we used was the armored vehicle for a little extra protection for the officers," Clawson said.

At about 11 a.m., an SJPD officer announced with a bullhorn that a search warrant had been obtained; he urged the male subject to surrender. The officer repeated his warning several times, and said a dog would be used to detain him. No response came. Clawson said a SJPD-BCSO detachment entered the home with the K-9. As officers cleared the house, Clawson said, Drake subdued the male subject with a bite, causing "superficial" harm.

Buchanan County EMS performed a medical examination at the scene, before leaving with no patient aboard. Officers handcuffed and searched the man and woman before placing them in separate SJPD vehicles for transport away. The incident remains under investigation as of Saturday afternoon.

Firework use a concern even as temperatures cool