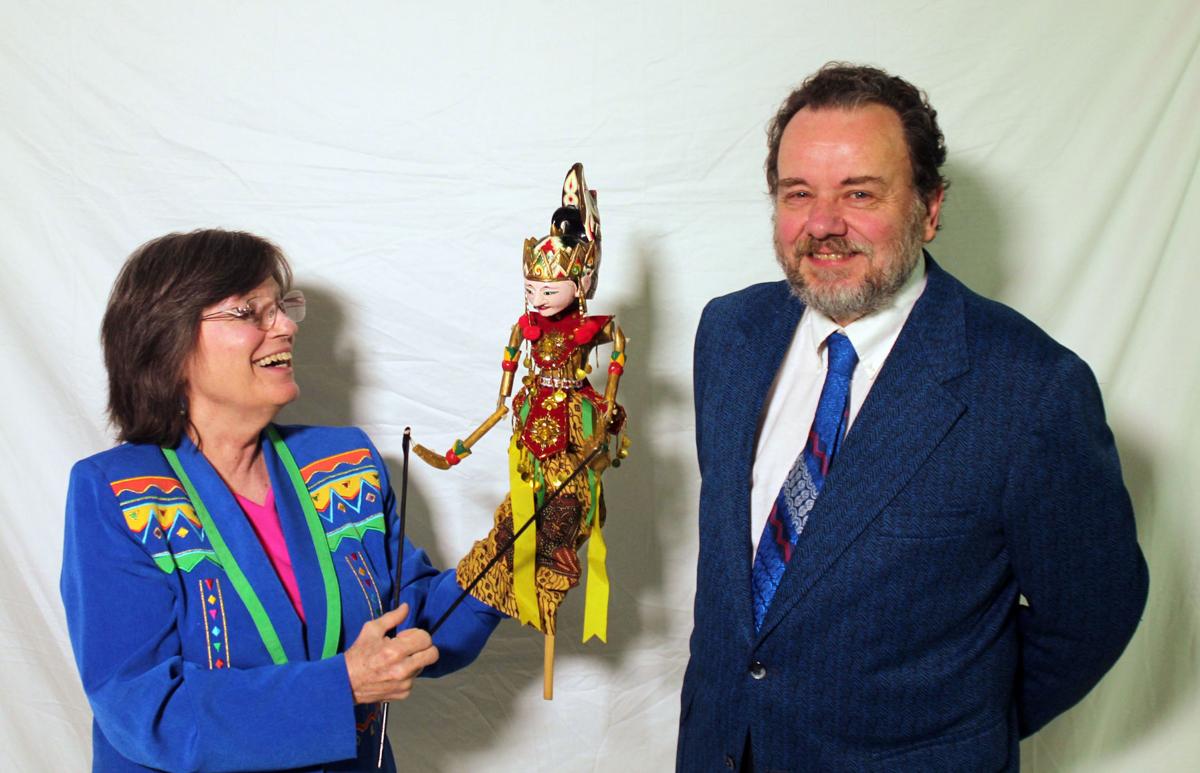 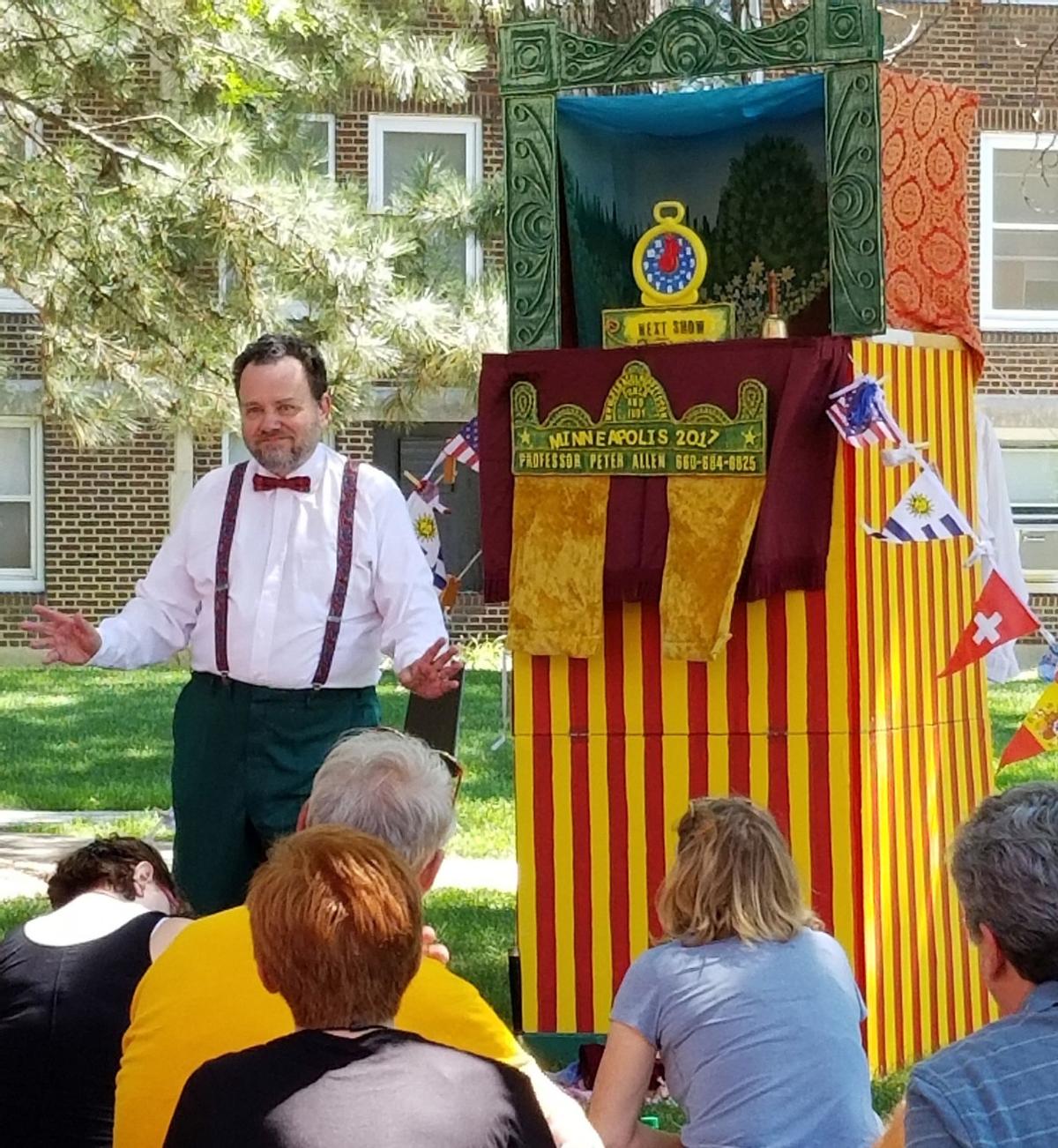 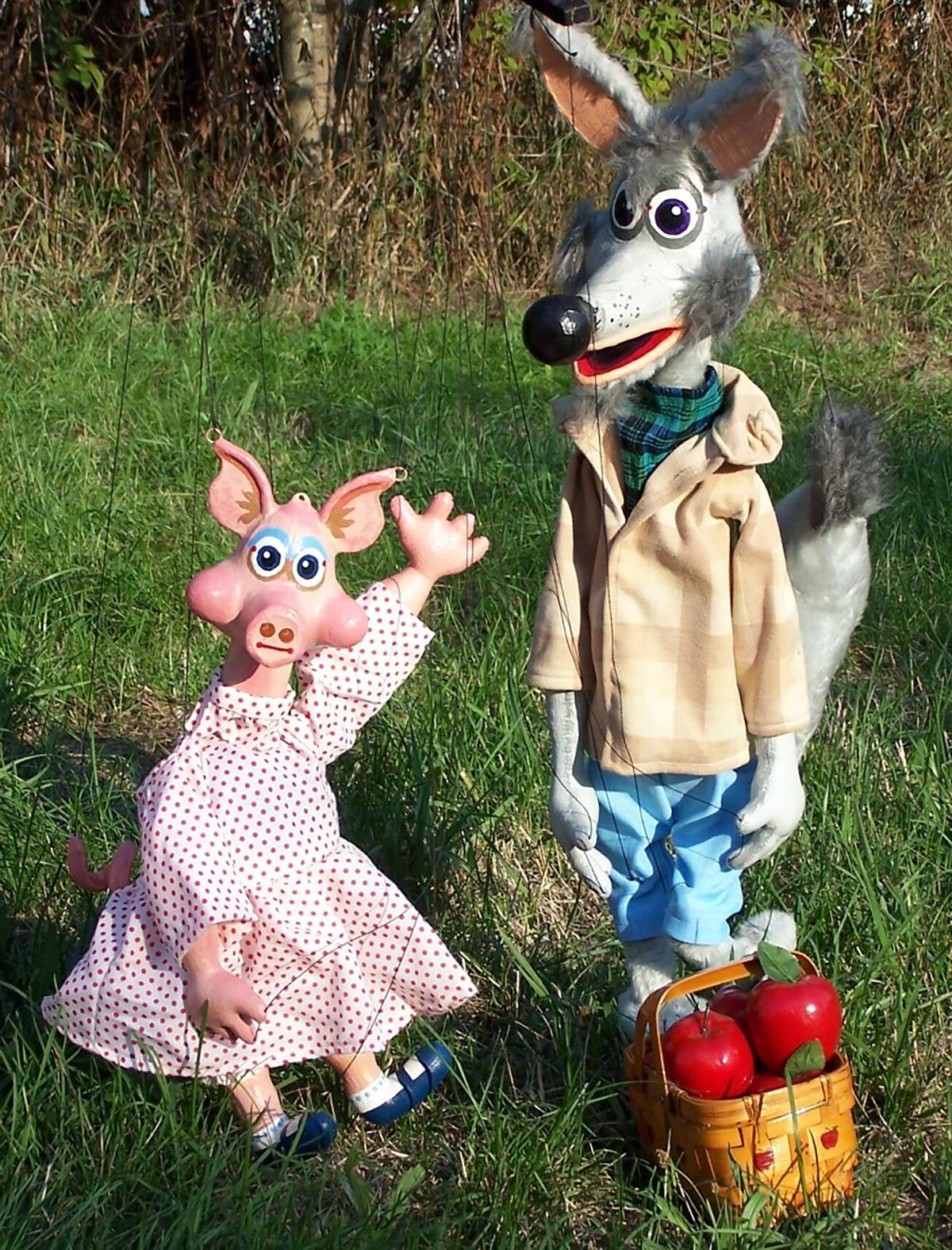 A pig and a wolf had roles in one of the Parasol Puppets productions. 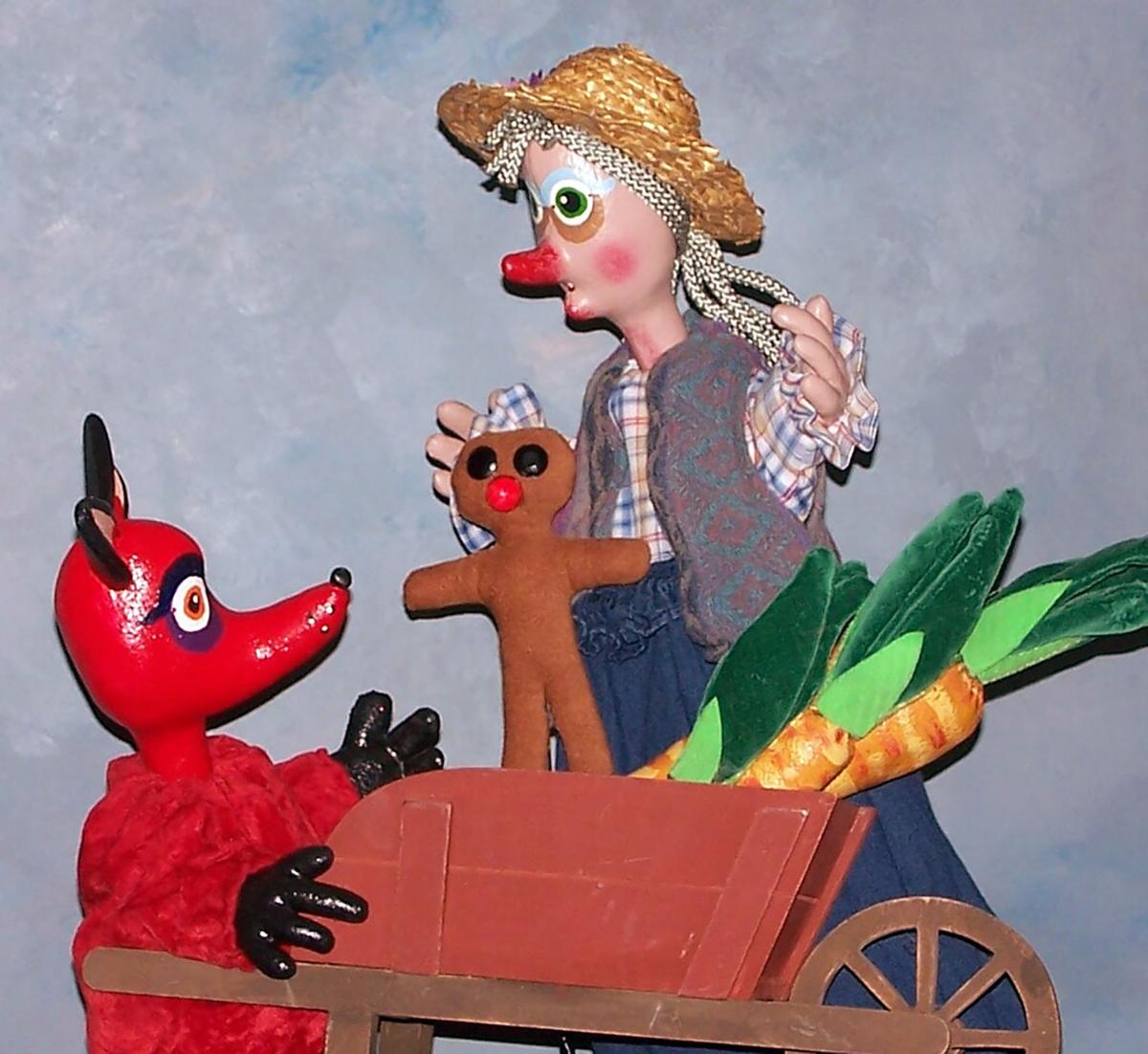 Puppets by Peter and Debbie Allen include those used in a show about the Gingerbread Man on Old MacDonald’s farm.

A pig and a wolf had roles in one of the Parasol Puppets productions.

Puppets by Peter and Debbie Allen include those used in a show about the Gingerbread Man on Old MacDonald’s farm.

One mention of the South Carolina show, and the puppeteers share a knowing laugh. Oh, that one.

It took place at a festival, one put together by a friend. Peter Allen stood behind the set in a Punch and Judy play, while his wife, Debbie Lutzky Allen, played the accordion out front.

(They’ve had experience working behind the scenery in close proximity. Not pretty. Inadvertent elbowing and all that.)

In the big theater, Peter would set up a joke, deliver it ... then nothing. He slowed the pace, a trick to regain the audience. Next joke ... quiet as a library.

After the performance, their friend approached, enthused by their work. Peter thought, “Retire now. You’re getting sympathy praise.” Someone even offered a videotaped version of the show. The couple would not watch it until a couple of years later when invited back to the festival. It contained a surprise.

“The acoustics in that theater, you can’t hear the audience from up on stage,” Debbie recalled. “When we watched the tape, we could see and we would hear people laughing. ... People were having a marvelous time, and we were up there dying.”

Fortunately, it doesn’t always go like that. The creative team behind Parasol Puppets has performed countless shows before thousands of people, and most times the artists get energy from the give-and-take with audience members.

The love of this art with ancient origins has long rewarded the Allens, most recently last fall when the North American chapter of Union Internationale de la Marionnette awarded the couple its top honor, the Citation of Excellence.

Reviewers who nominated Parasol noted that “Peter is a master of winning over the audience with his performance. He is unrelenting in his quest to stay true to the characters. ... Peter Allen is funny, satiric but always family-friendly.”

The puppeteer has been at it for a half-century. As a boy in England, Peter got started while seeking a Boy Scout badge. After his family moved to Canada, he joined a puppet guild and continued to refine his art.

At a festival in Dresden, then in East Germany, Peter met a fellow puppeteer named Debbie Lutzky. (They would later realize their paths had crossed at earlier gatherings.) Debbie had begun studying puppetry while getting an art degree at the University of Hawaii. She later got her master’s in theater and puppetry.

They courted for a couple of years, then married in 1986, settling in Hawaii.

This marked for them a “starving artist” period but also a time of creative richness. When building a presentation, from the writing to the crafting of scenery and puppets to the final touches of performance, the Allens usually have one show a year.

One year in Hawaii, they produced a play, “George and the Dragon,” along with a St. Patrick’s show and a Christmas show.

“You’re on an island,” Debbie recalls of the seven-shows-daily, five-days-a-week schedule. “Everybody sees the show. So then you’ve got to build a new show.”

In 1997, the Allens and Parasol Puppets moved to Jamesport, Missouri, a central location from which they continued to tour coast-to-coast. For 23 years, they’ve performed and taught at the Jarvis Conservatory in Napa, California.

Both admit they have different styles in puppetry. Both also note the exacting standards that go into their shows.

Shows use hand puppets, rod puppets, shadow puppets or marionettes, depending on what serves the story. They hesitate to recycle puppets from one show to another because a difference in the shape of heads might be disconcerting to the audience.

In a show called “Suzy Saves the Day,” Peter insisted on constructing three versions of the title character, “one regular, then with her super cape on and then there was a stunt double that got thrown around.”

The scripts, sometimes drawing from age-old tales and folklore, must be intact before the rest of the work commences.

“You pretend that you’re sitting in the audience and watching the show,” he said. “If in your imagination it looks good, then your only problem is figuring out how to do it backstage.”

A princess reclines on a table, a dragon nearby. Judy waits for her dealings with Punch, and a cloth mouse wears Mardi Gras beads. All brought laughs in the past.

In the world of puppetry, it’s a rich population.

VIDEO: Couple honored in the rich life of puppetry