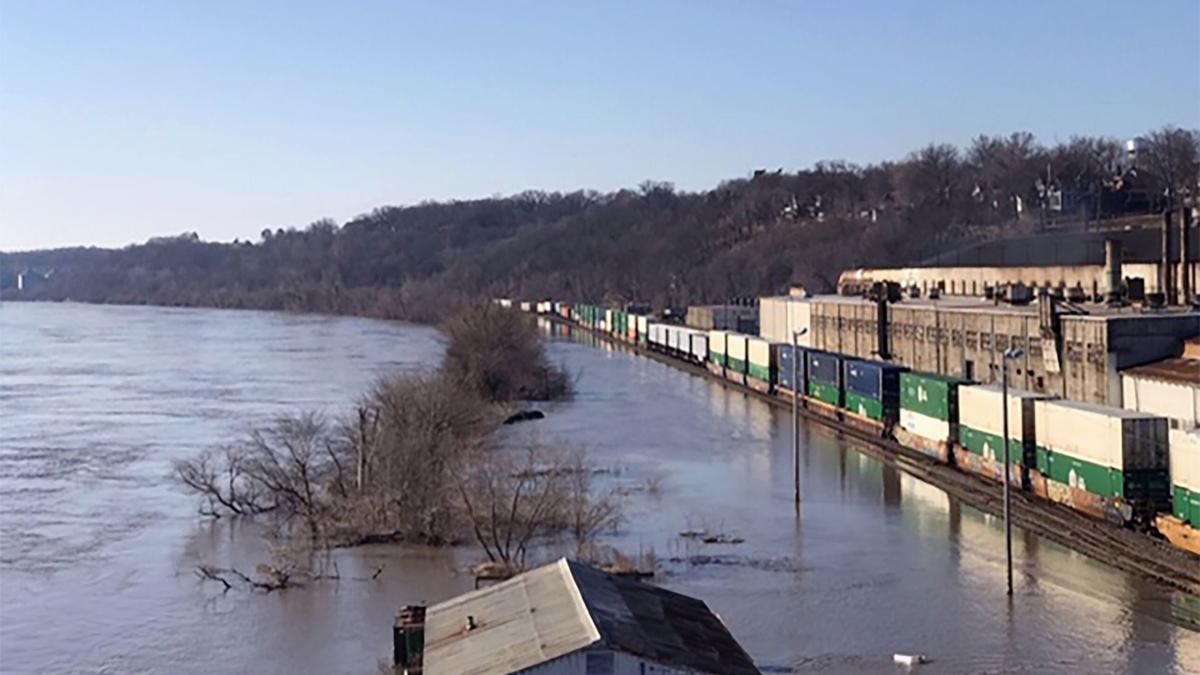 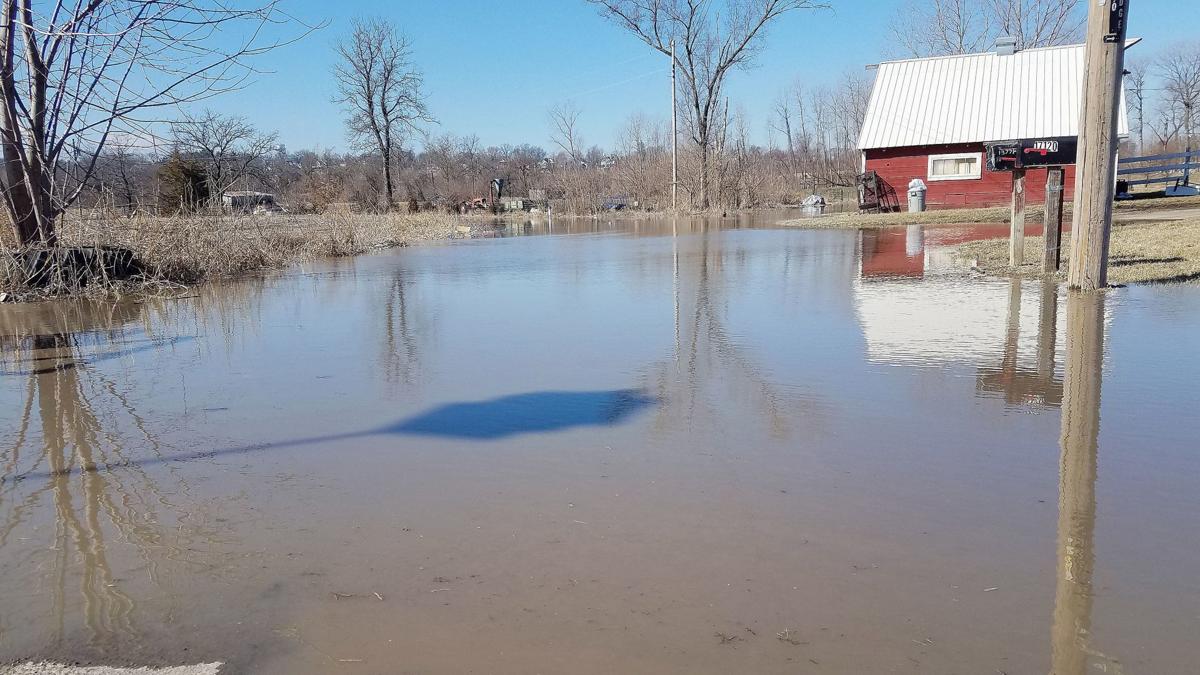 Water began covering properties and roadways near the Missouri River in Winthrop, Missouri, before noon Wednesday. Residents were warned by local law enforcement, who recommended they evacuate the area. 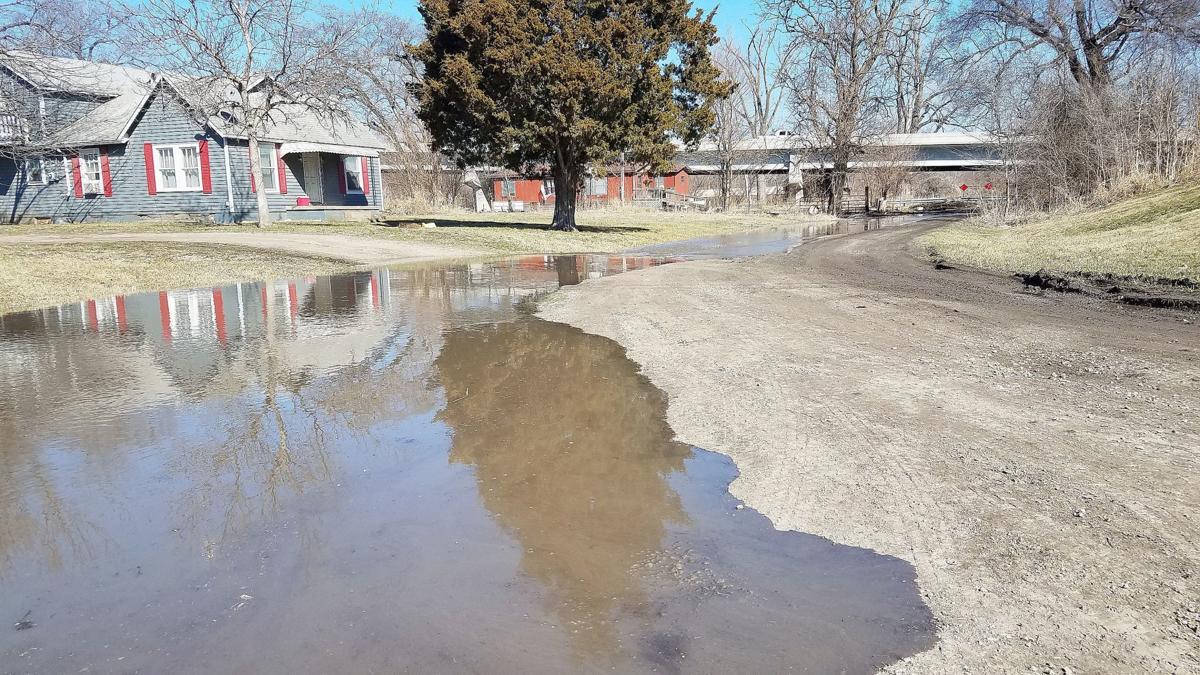 Water began covering properties and roadways near the Missouri River in Winthrop before noon on Wednesday. Residents were warned by local law enforcement, who recommended that they evacuate.

Water began covering properties and roadways near the Missouri River in Winthrop, Missouri, before noon Wednesday. Residents were warned by local law enforcement, who recommended they evacuate the area.

Water began covering properties and roadways near the Missouri River in Winthrop before noon on Wednesday. Residents were warned by local law enforcement, who recommended that they evacuate.

A Missouri River levee was breached in southern Buchanan County, forcing the closure of U.S. Highway 59 as well as Mud Lake Road and North Shore Drive near Sugar Lake.

Buchanan County Sheriff Bill Puett said the breach occurred Thursday before noon at Winthrop, near a concrete plant. The community was placed under a voluntary evacuation status.

Capt. Tiger Parsons said the decision to close U.S. Highway 59 just east of the Amelia Earhart Bridge and other smaller roadways near the river, was made when water started rapidly reaching the surrounding fields.

"We're closing the roads down because we have one levee that has been overtopping all morning and it's getting worse, then we just had a levee fail just north of Winthrop here that has a pretty good sized hole in it and the fields are quickly filling," Parsons said.

Winthrop residents could be seen loading furniture and household items into vehicles on Wednesday morning, some being let through the barrier on U.S. Highway 59 in order to make return trips before the road was closed for good.

Bill Weinmann, who has lived in his home on Southwest Fowler Avenue in Winthrop for nearly 51 years, said they started packing up last week after a neighbor warned them that the river was still rising.

He said he and his wife had to flee the home in 1993 and 2011 due to floods, and they are contemplating whether or not they want to return this time.

"There's a lot of stress involved and I don't know whether we're going to come back this time or not," Weinmann said.

He said walking around the neighborhood and talking with his neighbors, who were also evacuating, helped to ease some of the stress.

No evacuations in southern Buchanan County were ordered.

"Everybody is very concerned," Puett said. "We are going to continue to keep our fingers crossed."

He said numerous deputies, along with western district commissioner Ron Hook and emergency management director Bill Brinton, were in the area to assess the situation.

Parsons said law enforcement was recommending to locals that they evacuate.

"It's coming up very fast and we're just trying to keep everybody safe and get everyone out in one piece," Parsons said.

The levees were overtopped north of Rushville and south of Winthrop.

Puett said they are keeping an eye on Sugar Lake, south of U.S. Highway 59, to see if it will spill over once river water reaches it.

He did not expect there to be any flooding in Rushville.