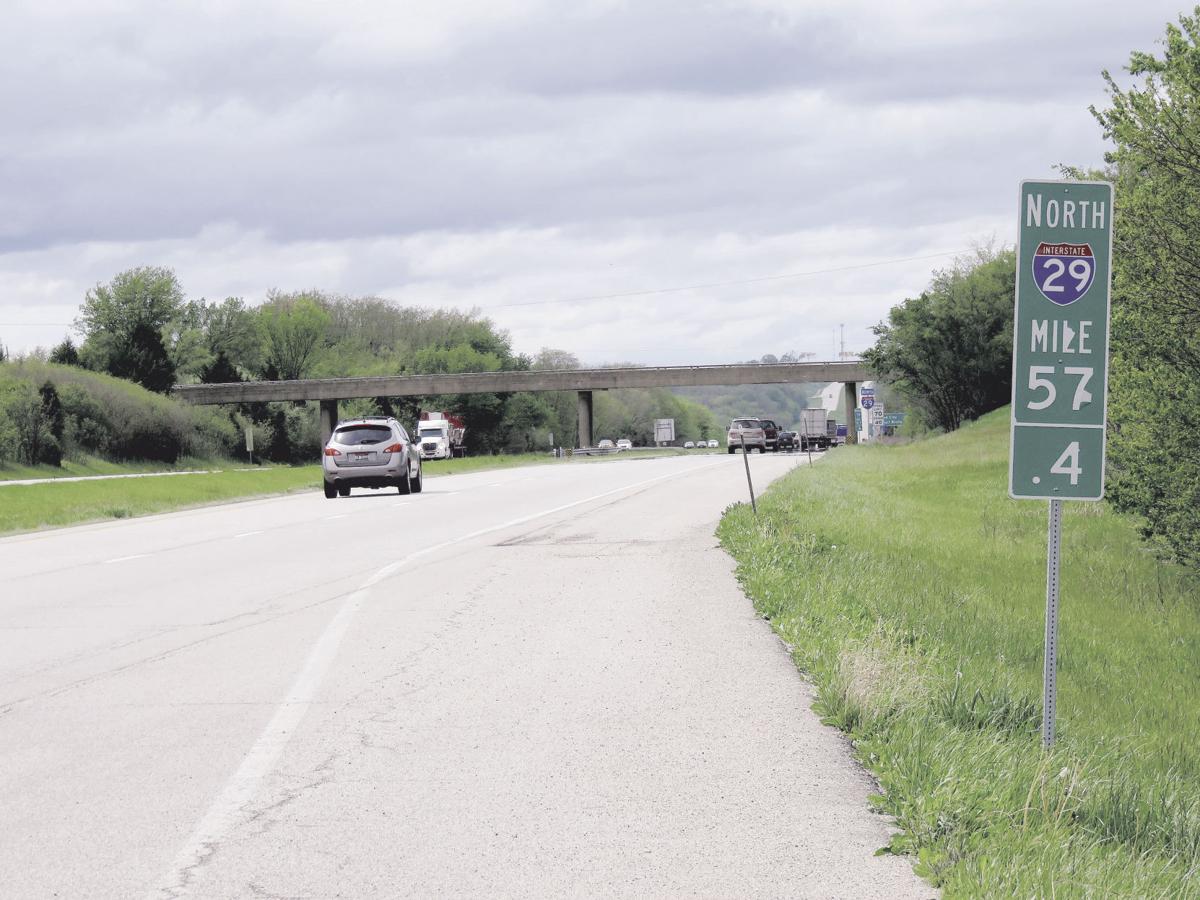 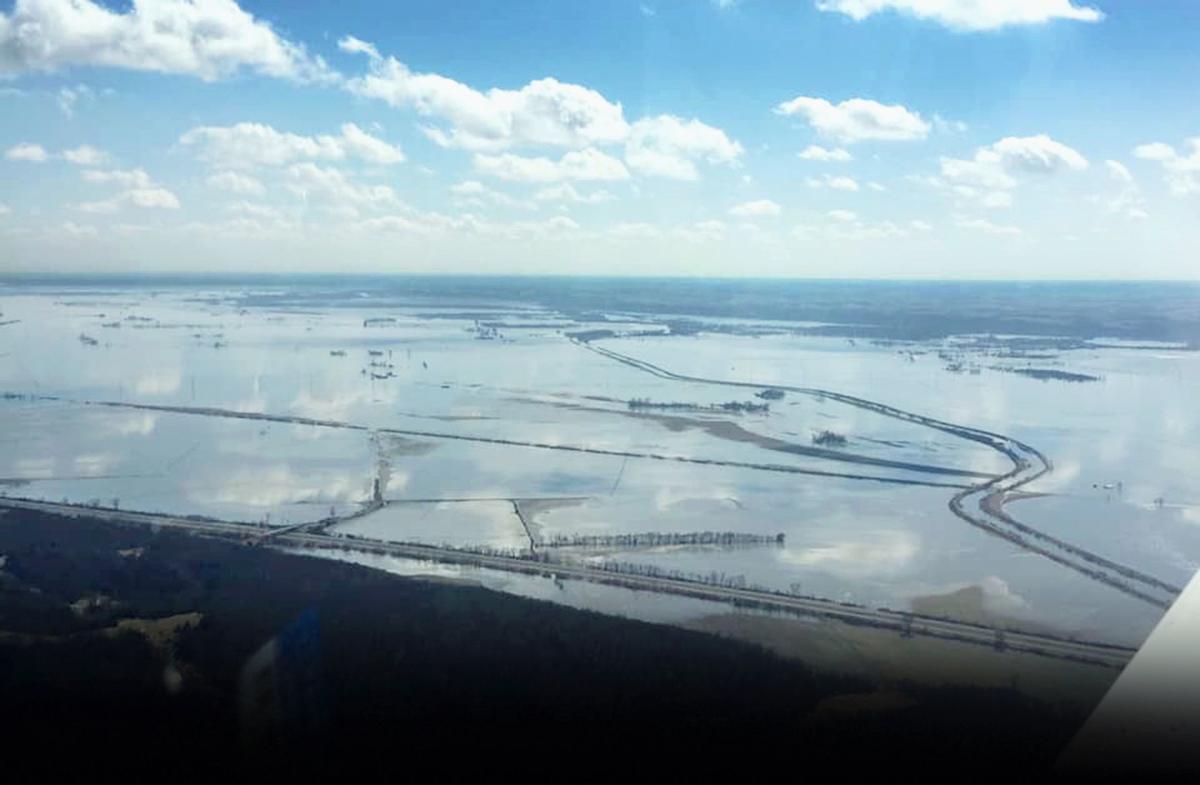 An aerial view of Northwest Missouri taken in March shows the devastation caused by rising waters. Interstate 29 can be seen surrounded by water that caused the highway to be blocked off. Officials in Missouri and Iowa reopened I-29 on Wednesday morning.

An aerial view of Northwest Missouri taken in March shows the devastation caused by rising waters. Interstate 29 can be seen surrounded by water that caused the highway to be blocked off. Officials in Missouri and Iowa reopened I-29 on Wednesday morning.

Interstate 29 has reopened north of St. Joseph and through to Iowa, according to officials with the Missouri and Iowa transportation departments.

Officials chose to close the interstate in the aftermath of Missouri River flooding in late March. Work has been ongoing to clear debris from the roadway.

The closure in Missouri continued, with the exception of local traffic, until the Iowa Department of Transportation was able to reopen its section of I-29 on Wednesday morning. The road was opened to all traffic between Exit 56, which is just north of St. Joseph, and the Iowa state line.

Sgt. Jake Angle of the Missouri State Highway Patrol confirmed that officials were working to reopen the interstate north of St. Joseph through the morning. Barricades that had been placed in several locations had yet to be removed.

The portion of the interstate that courses through Iowa received major damage, along with routes that extend east and west from I-29 in western Iowa.

The Missouri Department of Transportation approved an exception to local traffic, allowing residents to have access to their homes and businesses.

Iowa officials permitted head-to-head traffic and instituted a 12-foot width restriction beginning at a point 8 miles north of the Missouri border. Delays are anticipated, and over-dimension loads should select an alternate route.

According to MoDOT, more than 12,000 vehicles utilize I-29 through Northwest Missouri daily to reach destinations in Iowa and other points to the north. All through traffic had been rerouted onto I-35 or U.S. Highway 71.

The reopening of I-29 does not spell the end of flooded highway concerns. Travelers have no access to several roads west of I-29 in Atchison and Holt counties, MoDOT stated. That list includes U.S. highways 159 and 136, also known as the Rulo, Nebraska, and Brownville, Nebraska, Missouri River crossings. Both were heavily damaged and remain closed.

Repairs have begun on Highway 159, the department added, although water has not receded over the road in many areas, including Highway 136.

Updates on route restoration and flooding are available at www.modot.org/2019-northwest-missouri-flooding and https://floods2019.iowa.gov.

Highway 59 closes again due to floods

WINTHROP — Late Wednesday evening, road crews closed both lanes of traffic for a portion of U.S. Highway 59 due to flooding.

The Amelia Earhart Memorial Bridge over the river from Atchison remained open to local traffic only as of 8:30 p.m. Wednesday.

According to Wes Lanter, Atchison County (Kansas) Emergency Management director, data released by the National Oceanographic and Atmospheric Administration (NOAA) show that the river will crest at moderate flood stage by midday on Friday, May 9. With nearby levees still breached from the March flooding, this will likely sustain the closure for a period of time.

As a result, area travelers between St. Joseph and Atchison will need to use U.S. Highway 36 east-west via Kansas Highway 7 north-south, with a longer route via U.S. Highway 73 north-south through Leavenworth, Kansas, available.