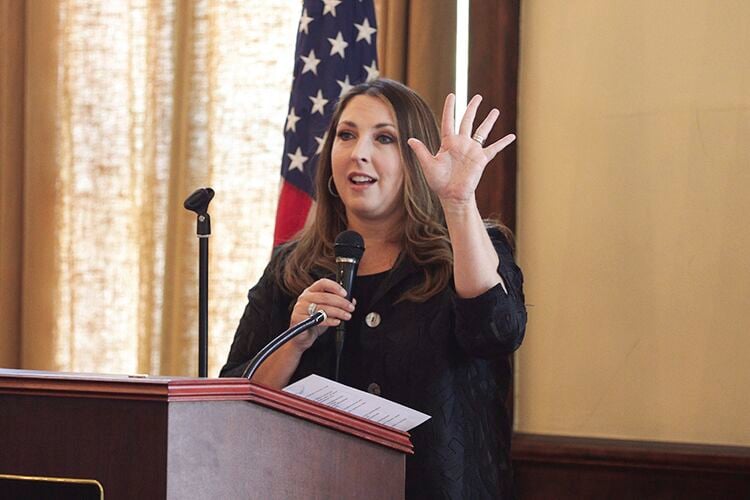 Ronna McDaniel, the chairwoman of the Republican National Committee, speaks to a friendly crowd during her first visit to Kansas. 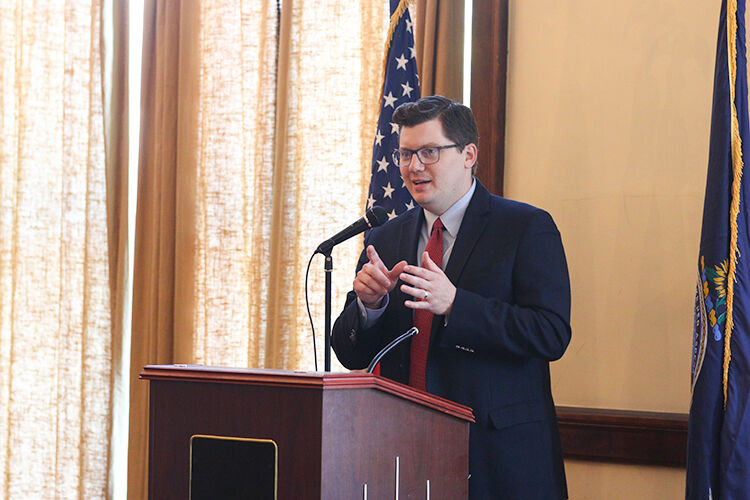 Rep. Jake Laturner, R-Kan., speaks at the event in Atchison. 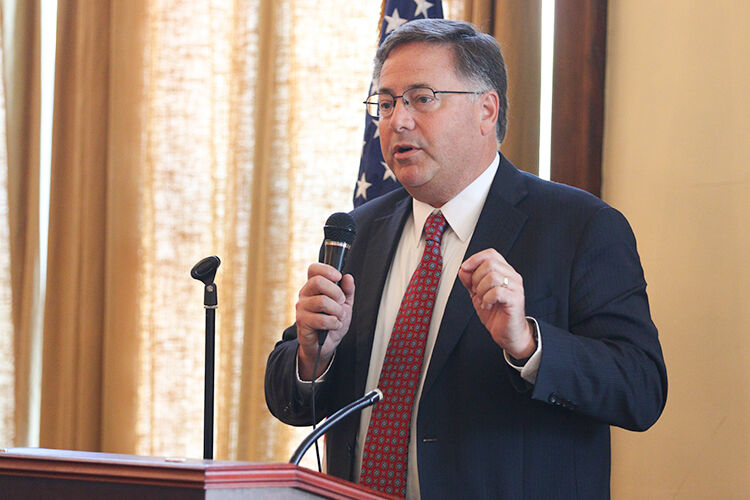 Michael Kuckelman, the Kansas GOP chairman, speaks to the crowd.

Ronna McDaniel, the chairwoman of the Republican National Committee, speaks to a friendly crowd during her first visit to Kansas.

Rep. Jake Laturner, R-Kan., speaks at the event in Atchison.

Michael Kuckelman, the Kansas GOP chairman, speaks to the crowd.

The Republican National Committee chairwoman visited Kansas on Thursday for the first time.

Ronna McDaniel, the RNC chairwoman, attended an event in Atchison, hosted by her state counterpart. Attendees were charged $30 per person, and the event was held at Elizabeth’s Special Events and Catering.

“So just like Kansas is a free state, we’re fighting for a free America,” McDaniel said during her speech.

McDaniel wasn’t made available for an interview following the event.

Mike Kuckelman, the chairman of the Kansas Republican Party, said McDaniel was visiting because Republicans have a chance to take back the governor’s seat, and a Congressional district recently lost to Democrats.

Kuckelman also pointed to the “value them both” amendment Kansans will vote on next August. If passed, the amendment will mean there’s no right to an abortion in the state’s constitution.

The amendment is in direct response to the Kansas Supreme Court finding women did have a right to an abortion in the state. McDaniel praised the proposed amendment during the event.

McDaniel’s first visit to the state comes after Democrats seized Kansas’ 3rd Congressional District in 2018 and also seized the governor’s office the same year. Both offices will be up for election in 2022.

“And this next election is going to be pivotal for your state,” McDaniel said.

Her speech also focused on COVID-19 mitigation rules imposed by Kansas Gov. Laura Kelly. She also bemoaned tech companies’ treatment of conservatives and “the media” for suppressing news stories about the 2020 election.

Kuckelman told the assembled crowd that he chose Atchison as the site for McDaniel’s first visit because its his hometown and has a rich history in the free-state movement.

Staying dry and mild this week