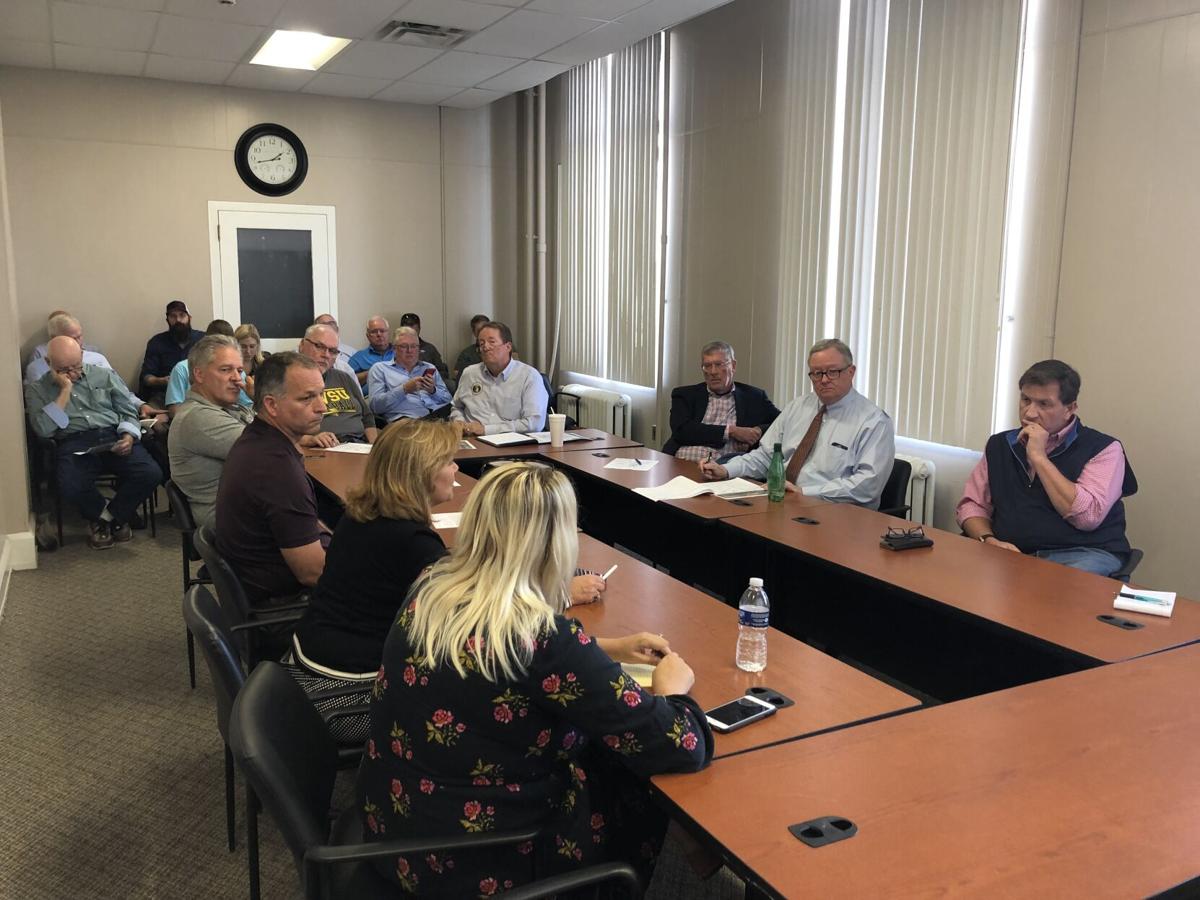 Bill Falkner met with local political and business leaders Tuesday about a new highway over the Missouri River. 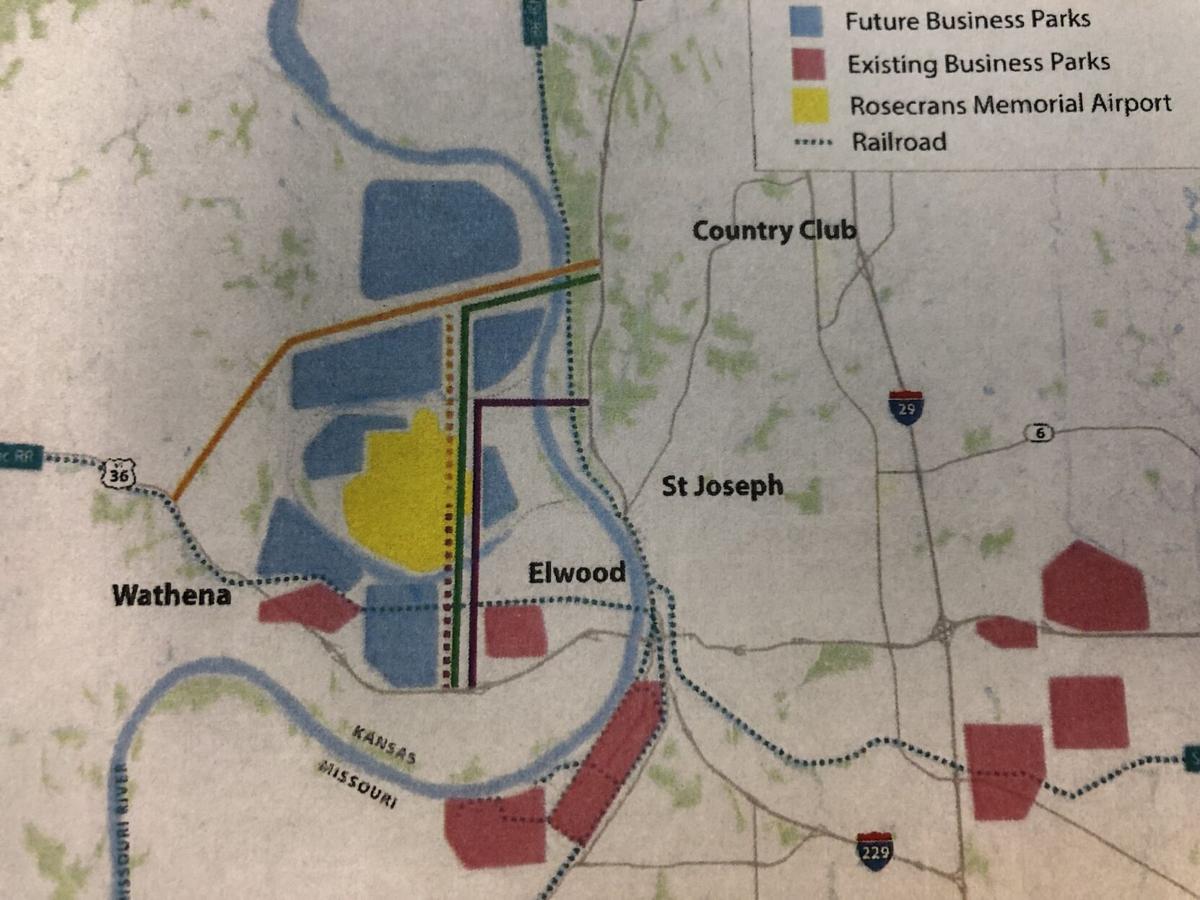 A map of the three proposed alternatives for the new highway is shown.

Missouri State Rep. Bill Falkner is trying to bring another highway to town.

The proposed two-lane highway would be built over the Missouri River into Kansas, eventually connecting to Rosecrans Memorial Airport.

“It will give a new access over to the airport, which will benefit the Air National Guard and also benefit St. Joseph as well,” Falkner, R-St. Joseph, said. “It would also benefit the state of Kansas because it would open up economic development for them over there.”

The three alternatives cross the Missouri River at different points but all provide a second access to the airport before joining up with Highway 36, either in Elwood or Wathena. The bridge also could open up development on untapped property in Kansas and near the airport.

“If they prosper over there, it’s going to do good things for the city of St. Joseph,” Falkner said. “They’re our neighbors across the river, so I think any time we can come together and work together from two states and get a project completed, I don’t think that’s a bad thing.”

Falkner met with a number of local business and political leaders to gauge their interest in the project Tuesday. St. Joseph Mayor Bill McMurray supports the idea.

“The railroad wins, the guard base wins, the city and the county win, MoDOT, KDOT,” McMurray said. “All this will connect economic development over on that western side, on the Kansas side.”

Falkner wants the bridge to include a rail line and room for pedestrians. According to Andy Clements, the city’s public works director, few Midwestern cities have access to a port, railroad, highway and airport in one location. This bridge would bring that to St. Joseph.

The project has nothing to do with the Missouri Department of Transportation’s Interstate 229 double-decker bridge alternatives. However, Falkner said this new highway could provide an alternative route during construction.

Many of the organizations were supportive of the project during the meeting. But MoDOT, which would spearhead the efforts, was concerned about funding. There is a build grant that would help fund partial designs. But both MoDOT and the Kansas Department of Transportation would have to sign off on the application.

Falkner wants the local business and political leaders to reconvene in December.

“We have to decide as a community, as a state, as a region, whether we want to invest in this, because there’s going to be some dollars that’s going to have to be spent locally and at the state level and the federal level,” Falkner said. “So it’s got to make sense, and it’s got to be beneficial to a lot of different organizations.”