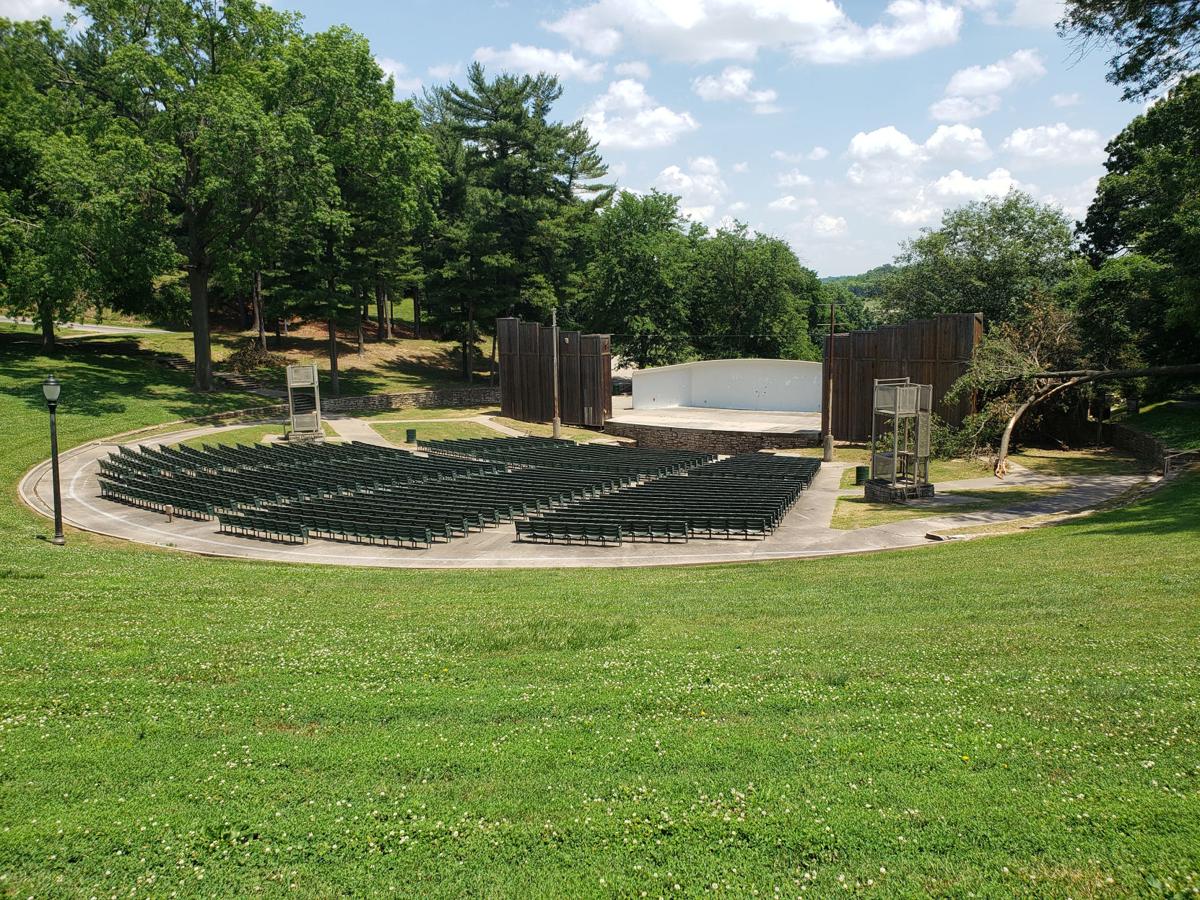 The Krug Park amphitheater is one of the projects in Phase I of the proposed parks tax project schedule. 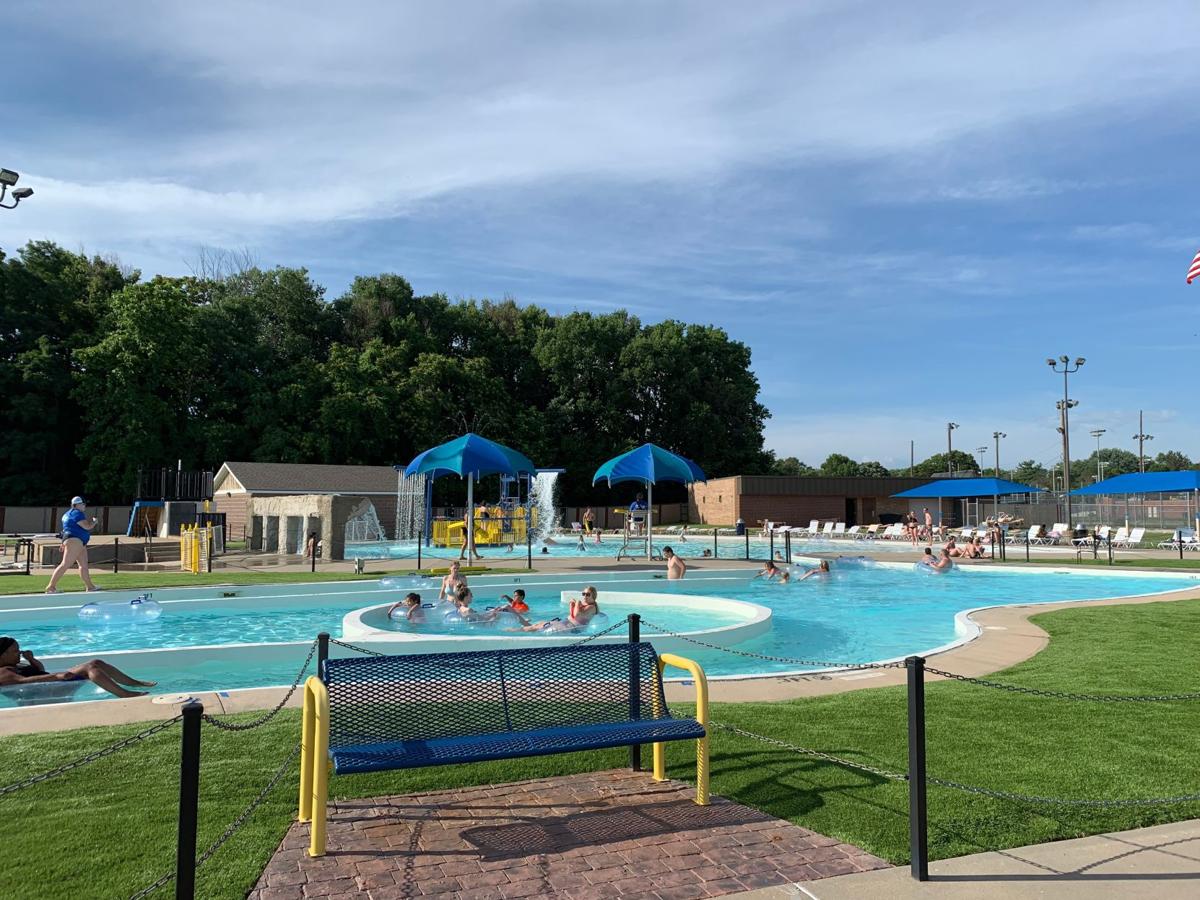 The St. Joseph Aquatic Park lap pool is in Phase I of the proposed parks tax project schedule. 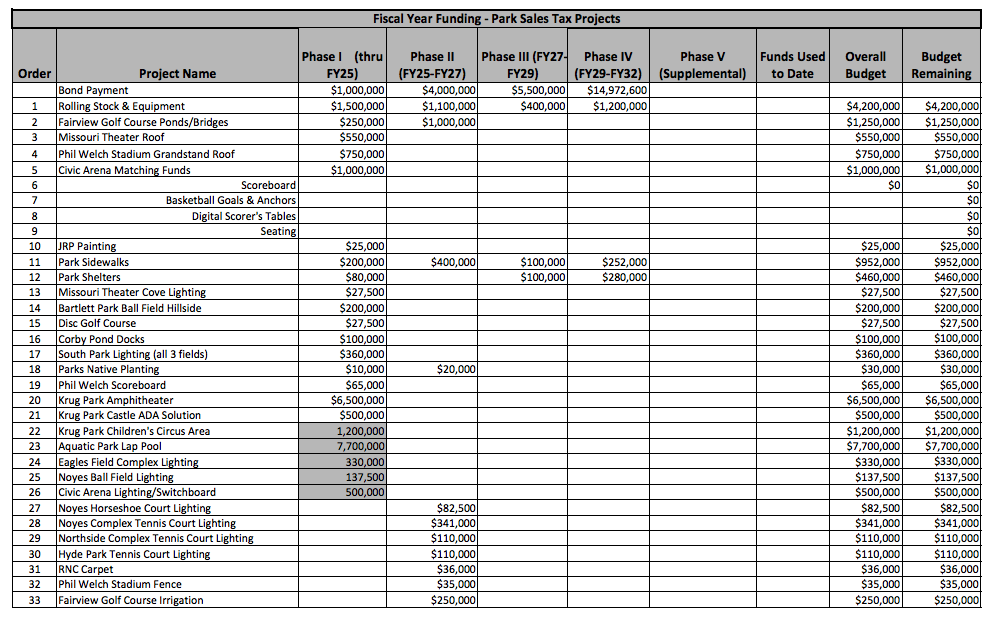 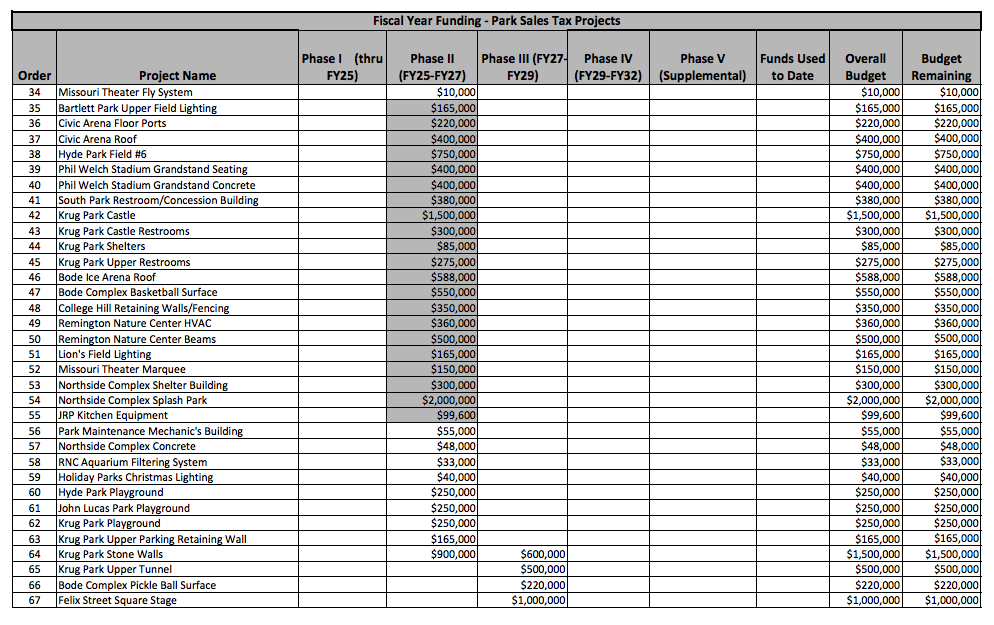 The Krug Park amphitheater is one of the projects in Phase I of the proposed parks tax project schedule.

The St. Joseph Aquatic Park lap pool is in Phase I of the proposed parks tax project schedule.

The St. Joseph Parks, Recreation and Civic Facilities Department has released its proposed project schedule for the parks tax that was passed by voters in August.

The schedule is contingent on the city council agreeing to bond a multitude of projects, which allows for more work to be done earlier in the 10-year timeline.

“When it comes to bonding, it opens up the opportunity to do more projects in year one, year two and year three,” said Terry Turbak, a member of the parks tax citizens committee. “You would have to wait to do those projects. We would only get $5 million a year if we don’t bond, so we would have to be very, very careful which projects we chose.”

This way, more expensive projects won’t have to wait for tax revenue to accumulate and can be done earlier in the schedule. Take, for example, the $7.7 million aquatic lap pool. If the council agrees to pursue bonding, that project, along with the $6.5 million Krug Park amphitheater, will be done in Phase I, between fiscal years 2023-25.

“The aquatic park, to me as the parks director, is a huge project for us to get completed early,” Parks Director Chuck Kempf said. “If I’m going to put that as one of our No. 1 priorities to get that lap pool back open to have a fully functional aquatic part, then a lot of other things had to start falling back down the list.”

While bonding will help speed up certain projects, it made scheduling more complicated for the parks department.

“Trying to balance what makes sense from a management and an engineering and a design and construction perspective, with managing it from a money perspective, was impossible,” Kempf said. “I went back and forth several times with a project.”

As part of the process, Kempf started with urgent needs, like structural damage or safety concerns. For example, the roofs of the Missouri Theater and Phil Welch Stadium are also in Phase I, which includes about 22 projects for a total of about $22 million — the most of any phase.

“When they vote for a tax increase, and you’re putting your own taxpayer money into this project, you want to see results,” Turbak said. “You don’t want to wait eight years to see the payoff for what you’ve invested. If you can give those results upfront, it’s really good for the citizens to see the changes that they made when they voted for this.”

The parks sales tax revenue will begin to be collected at the beginning of 2022, but the city won’t receive its first check until March. That’s when the parks department can initiate these projects, starting with the roofs and replenishing equipment.

Phase II, between fiscal years 2025-27, has 42 projects, totaling $15.4 million. The largest projects are $2 million for a splash park at the Northside Complex and $1.5 million for renovations to the Krug Park castle.

Phase IV, from fiscal year 2029-32, only has five projects for about $2 million. This is because the parks department hopes to pay off its bond later in the 10 years.

“Our intent would be to pay less in the beginning so that we can do more projects,” Kempf said. “There are specific rules and regulations regarding the bonding paybacks. We’re kind of going through that process right now trying to figure out what is really our minimum payment that we can make to make sure that we’re doing what’s legal.”

The parks department will need the city council’s approval to move forward with the proposed schedule and the 33 bonded projects, totaling about $25.5 million.

“If we can get some of these projects that are really in dire need now, and we can do that through bonding, I think it’s a good thing,” City Councilman Marty Novak said.

“Obviously, we can’t spend all that money at once,” he said. “There’s a good plan laid out. It’s not going to please everybody, but I think it makes sense.” 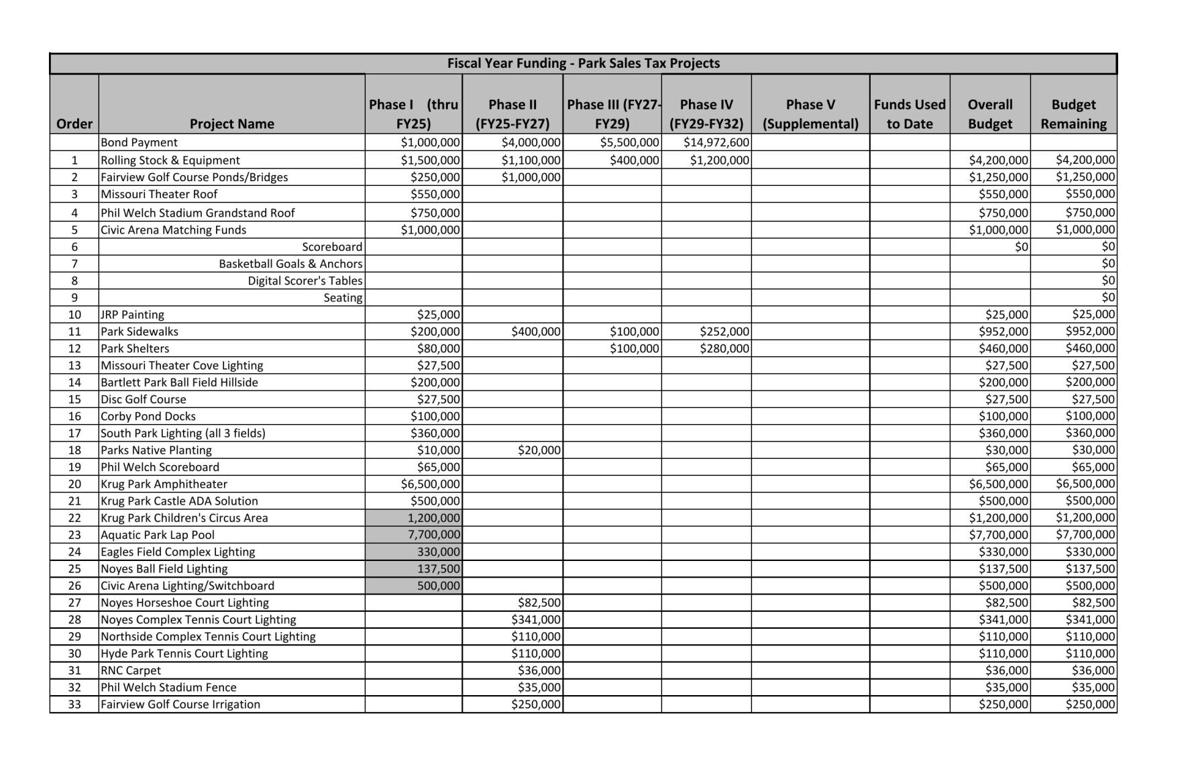 Parks Department Lays Out Schedule For The Sales Tax Projects