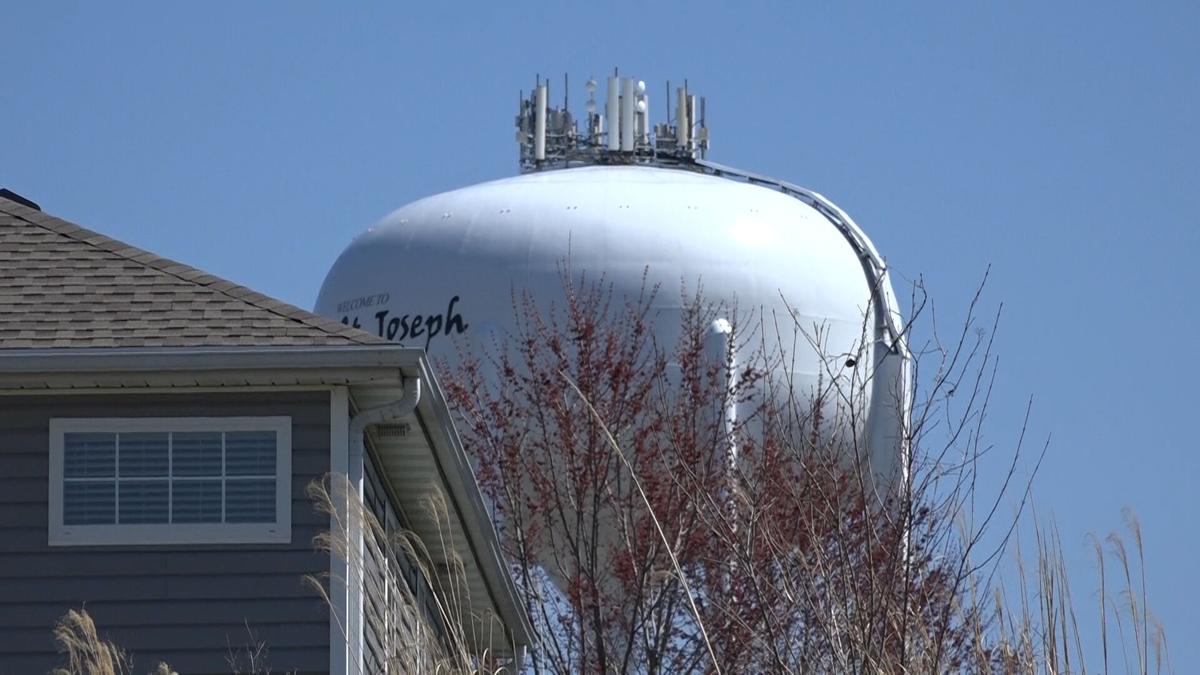 AT&T filed an appeal to the city council’s second denial of a cell tower. 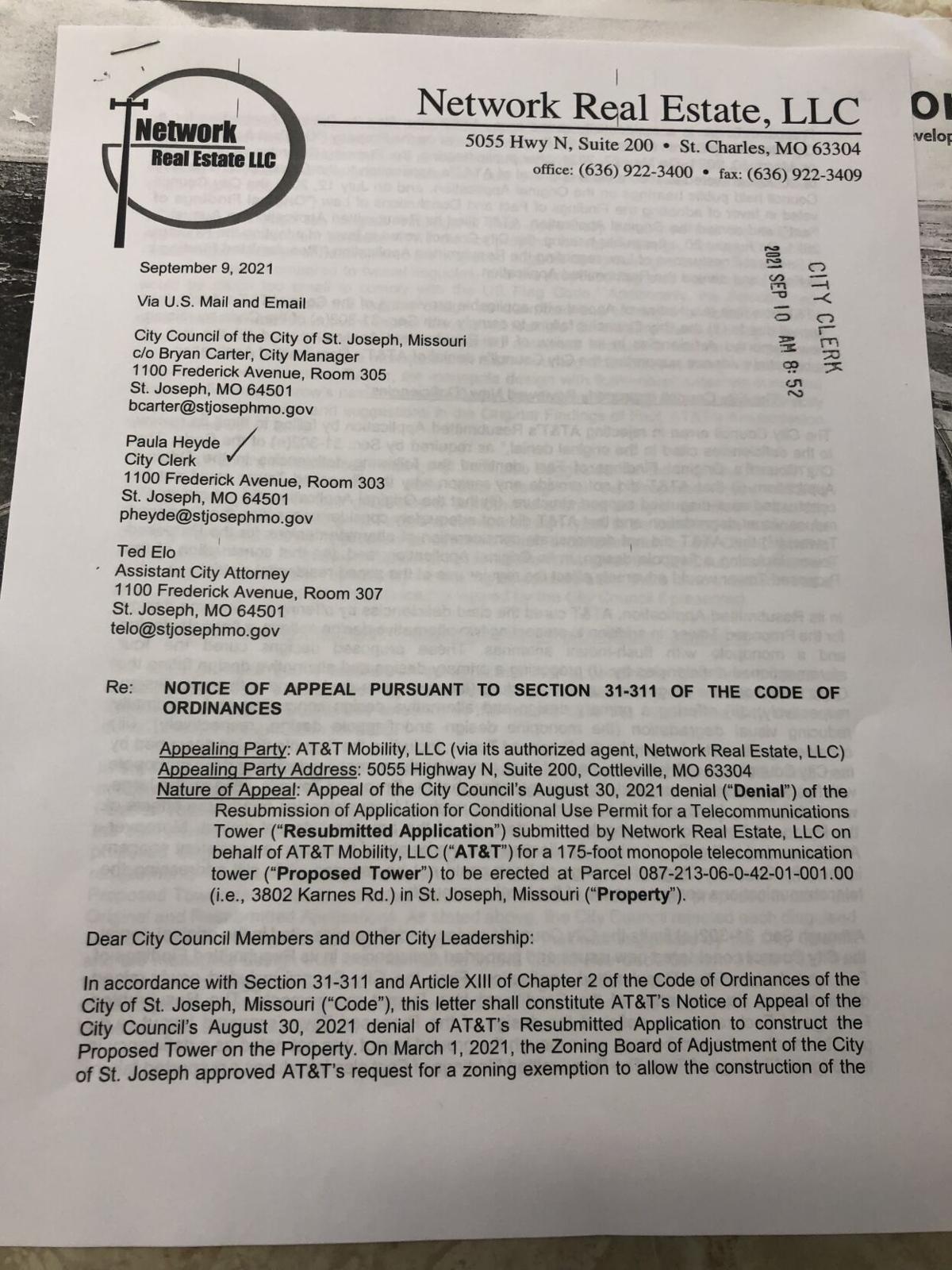 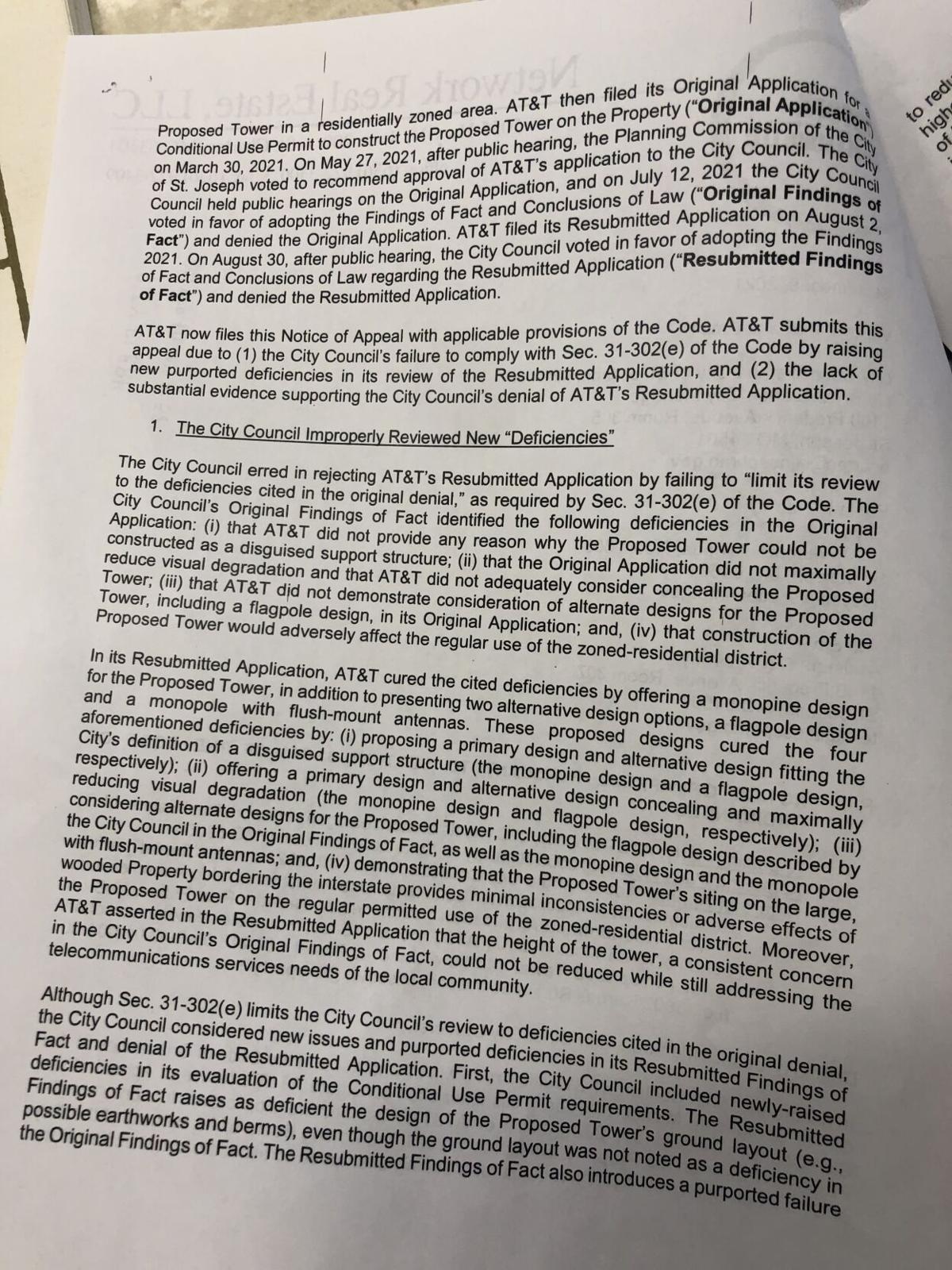 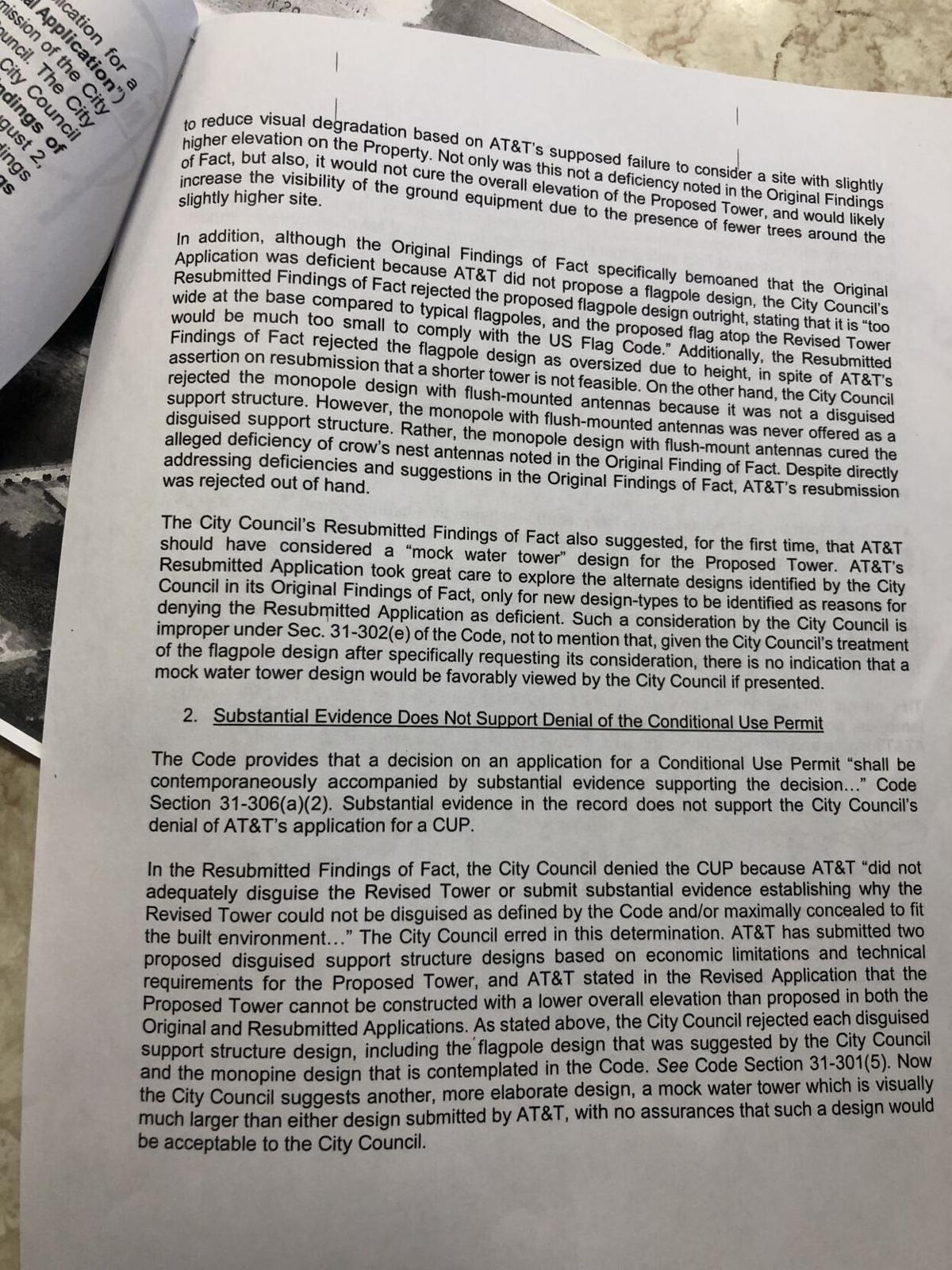 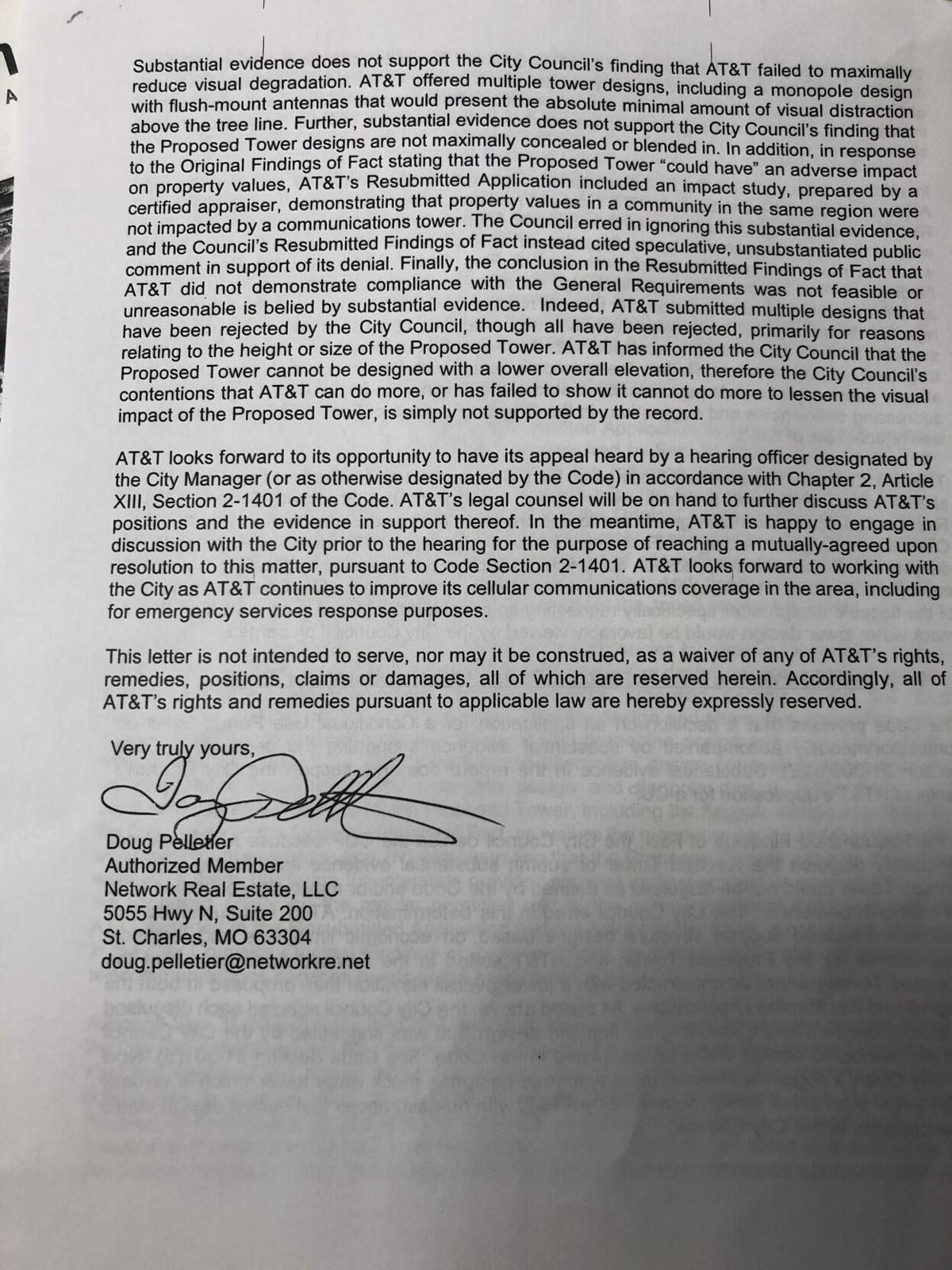 AT&T filed an appeal to the St. Joseph City Council’s second denial of a cell tower in a northeast residential neighborhood. But the appeal is invalid.

On Aug. 30, the city council voted unanimously to deny AT&T’s second application to build the cell tower. In the reapplication, AT&T included three new designs, but the council said it still didn’t address the visual concerns.

According to AT&T’s appeal, it believes otherwise.

There are two reasons AT&T filed an appeal. The first is that the council failed to “comply with Section 31-302(e) of the Code by raising new purported deficiencies in its review of the resubmitted application.”

Section 31-302(e) of the city’s Code of Ordinances states the “city shall approve or deny the revised application within 30 days of resubmission and limit its review to the deficiencies cited in the original denial.”

According to AT&T’s appeal, the city council’s original deficiencies included the lack of disguised structures, visual degradation, no consideration of alternative designs and that the cell tower would adversely affect the zoned-residential district.

In the resubmitted application, AT&T said it addressed these concerns with new designs, including a fake tree and a flagpole. But according to the appeal, the council raised new deficiencies, like the “ground layout” and the “failure to consider a site with slightly higher elevation.”

“Despite directly addressing the deficiencies and suggestions in the original Findings of Fact, AT&T’s resubmission was rejected out of hand,” said the appeal.

The second reason AT&T filed the appeal is because of the “lack of substantial evidence supporting the city council’s denial of AT&T’s resubmitted application.”

The council denied the resubmitted application because “AT&T did not adequately disguise the revised tower or submit substantial evidence establishing why the revised tower could not be disguised … or maximally concealed to fit the built environment.”

AT&T said its alternative designs, like the fake tree and flagpole, were proposed disguised structures and “present the absolute minimal amount of visual degradation.”

Despite what the appeal says, the council unanimously agreed the appeal was invalid.

“They filed the appeal under Section 31-311,” City Manager Bryan Carter said. “That provision allows for an appeal of a final action by a city officer, employee, board or commission. It doesn’t allow for an appeal of a decision made by the city council.”

Since the denial of the cell tower was made by the city council and not by a city officer, employee, board or commission, AT&T’s appeal is invalid.

“If Network Real Estate LLC seeks to continue to pursue a (cell tower) permit, the next step that I would anticipate would be possible litigation,” Carter said.