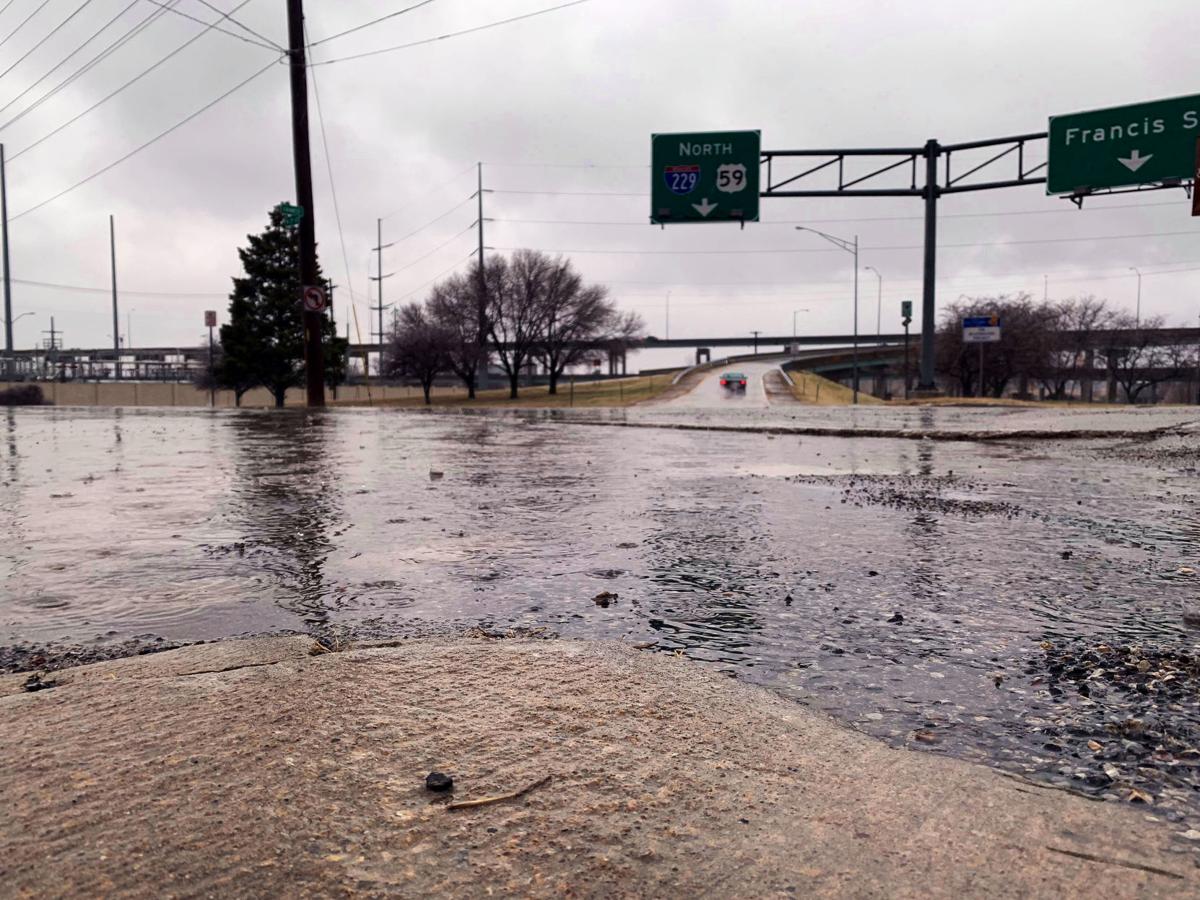 Rain collects on roadways Friday around St. Joseph, preceding a winter storm expecting to drop 5 to 7 inches of snow in the area. Rain prevented pretreatment of many roads in Northwest Missouri. 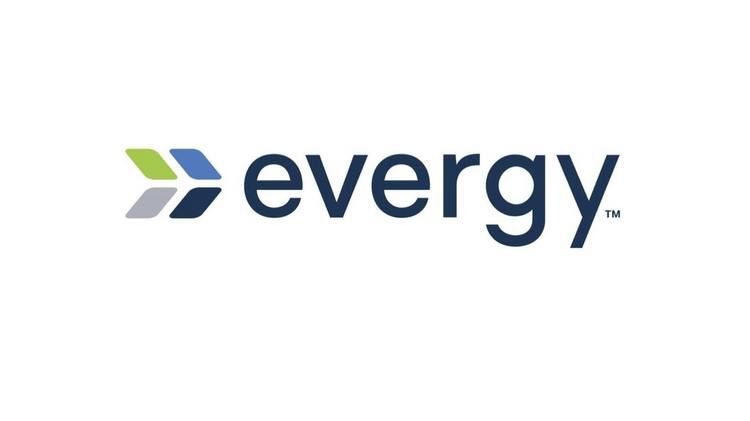 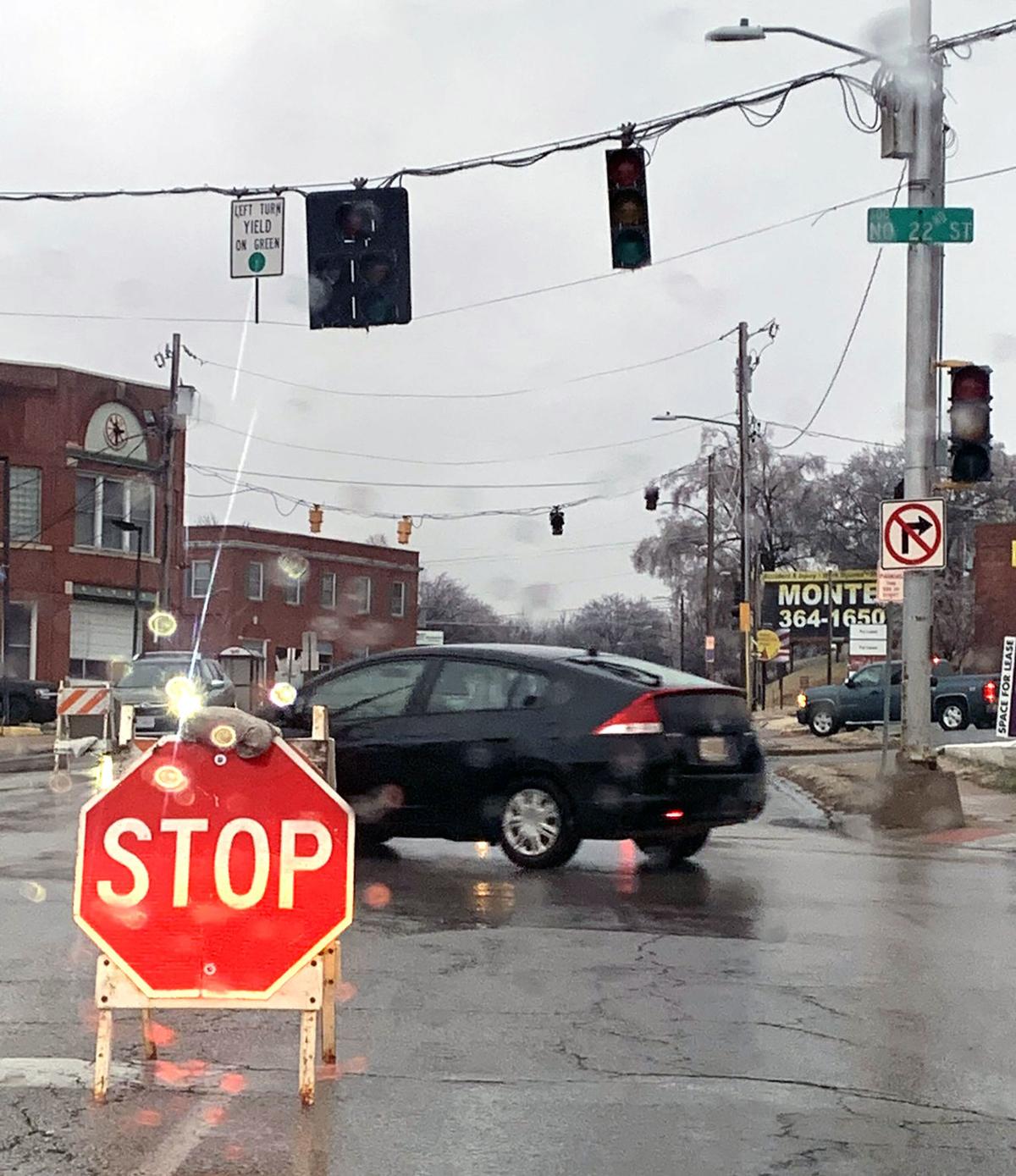 A stop sign is placed at the intersection of 22nd Street and Frederick Avenue, where a stoplight had gone out. Around 4:30 p.m. on Friday afternoon, more than 2,000 Evergy customers were reported to be without power due to an ice storm.

Rain collects on roadways Friday around St. Joseph, preceding a winter storm expecting to drop 5 to 7 inches of snow in the area. Rain prevented pretreatment of many roads in Northwest Missouri.

A stop sign is placed at the intersection of 22nd Street and Frederick Avenue, where a stoplight had gone out. Around 4:30 p.m. on Friday afternoon, more than 2,000 Evergy customers were reported to be without power due to an ice storm.

Freezing rain was a hindrance to preparation for a winter storm expected to hit Northwest Missouri over the weekend and caused multiple power outages in St. Joseph.

On Friday, rain hit the area, and after only a few hours, temperatures dropped, quickly turning that rain into ice. According to Keven Schneider, superintendent of streets in infrastructure for the city of St. Joseph, conditions such as these can make it difficult to pretreat the roadways when the rain washes away the salt mixture.

“The thing that does make it hard is when it’s, ‘Well, you might get ice; it’s going to rain beforehand, and you might not get it and you might get a bunch of snow,’” Schneider said. “That’s what makes it a little harder, just because you don’t know which way to go.”

With a few moments without rainfall on Friday afternoon, Schneider sent out his crews to cover the main streets with salt before a heavy amount of ice could gather on the pavement.

“We want to be very sure that we take advantage of every possible opportunity to do anything we can to minimize the effects of any ice that we do get,” Schneider said.

The streets crew planned to bring in overnight workers around 8 p.m. to plow any snow that gathered on the roadways of St. Joseph. Schneider said, as always, the goal was to have every citizen of St. Joseph within two blocks of a cleared street.

“We’re putting treatment down up there,” Lohman said Friday afternoon. “The other locations we’re just monitoring. We were lucky to have the 60-degree day yesterday so the pavements are actually pretty warm.”

Lohman said MoDOT also was facing issues pretreating because of the rain.

“It will wash away some of the treatment, but we were only putting it down where we actually have icing going on,” Lohman said. “So we’re not trying to treat ahead of the storm, because it would have just washed all of the treatment away. Once it actually starts sticking, and you get some ice on the roadway itself, then you want to start doing treatment.”

Lohman said like the local street crews, main roadways would be treated first, then those smaller highways. While MoDOT would be working to clear the highways, Lohman encouraged drivers to stay home if possible.

“I’m worried about this one setting in quickly, so hopefully, us telling people get your groceries, get home, get off the road as much as possible, allows us to be out there,” Lohman said. “Then that way also, when it starts turning, we don’t have very many people out there, and we don’t have crashes and secondary crashes and big multiple pileups or anything like that.”

MoDOT will be providing information about road conditions at http://traveler.modot.org/map.

Along with roadways, the freezing rain also affected power lines, with more than 2,000 Evergy customers being without power Friday evening.

According to Evergy’s map of power outages, 20 outages had been reported throughout St. Joseph, affecting 2,101 customers, around 4:30 p.m.