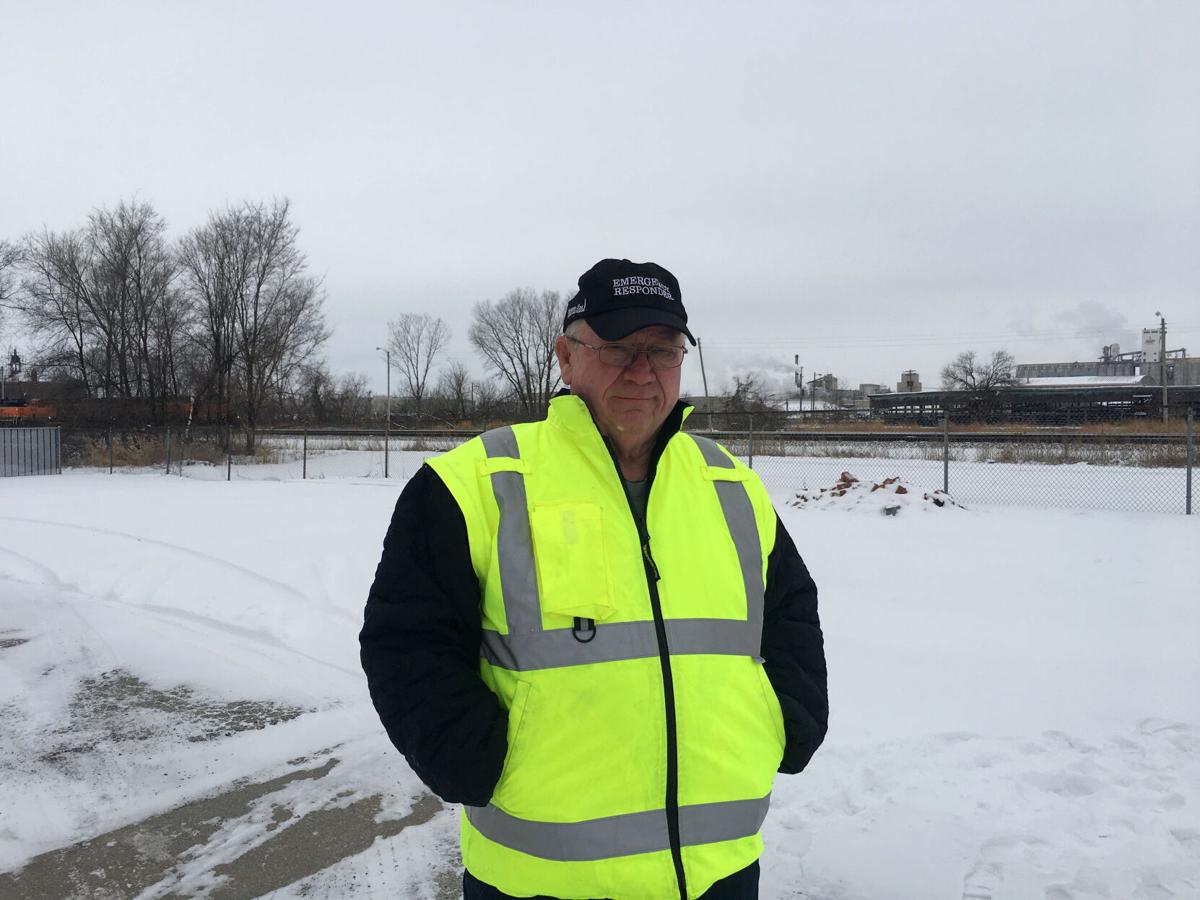 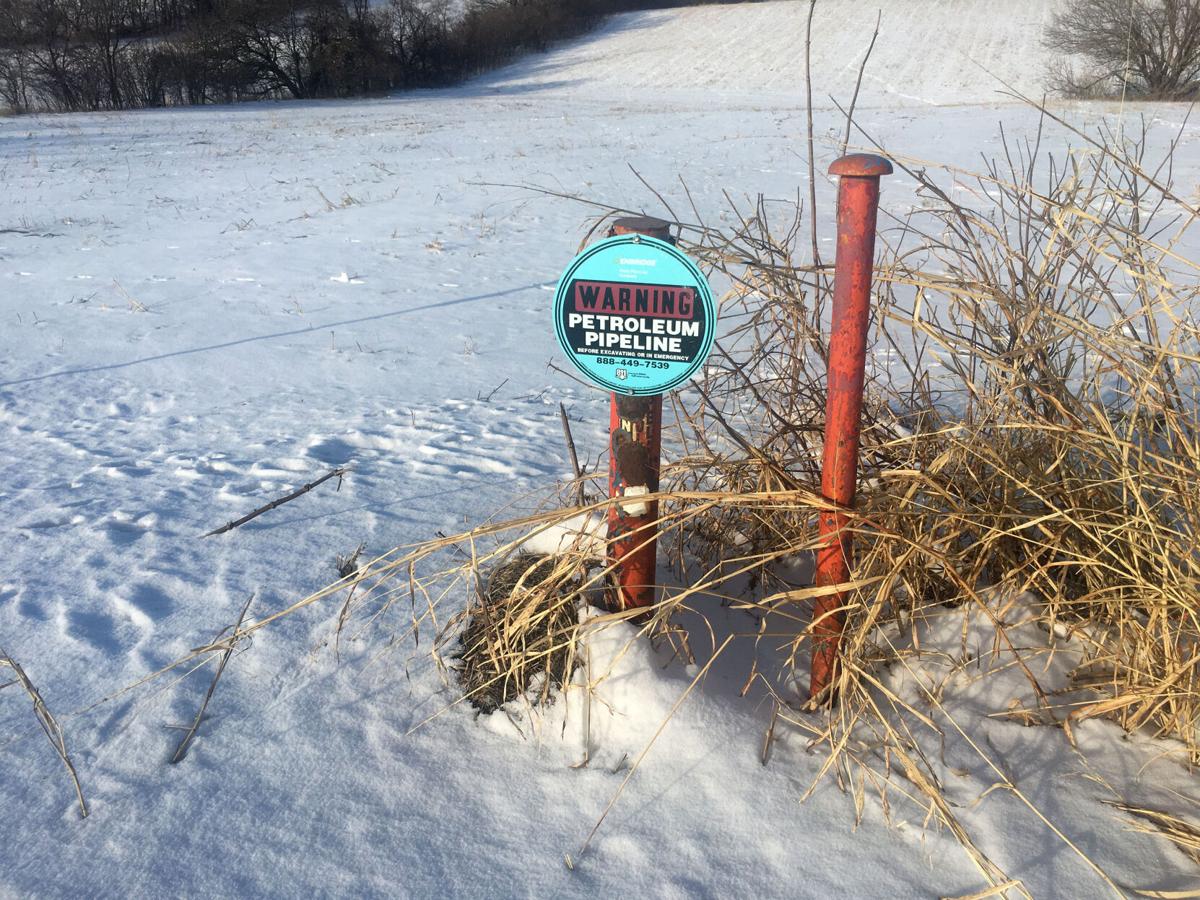 The Keystone Pipeline that runs through Buchanan County, which is different from the Keystone XL that’s become a political issue, carries 590,000 barrels of crude oil a day. TC Energy conducts aerial patrols of the transport network and has monitoring technology inside the pipeline.

The Keystone Pipeline that runs through Buchanan County, which is different from the Keystone XL that’s become a political issue, carries 590,000 barrels of crude oil a day. TC Energy conducts aerial patrols of the transport network and has monitoring technology inside the pipeline.

The trains roll past the Region H Hazmat Building on such a regular basis, it would be easy not to notice.

Bill Brinton, Buchanan County’s emergency management coordinator, takes more than a passing interest. It’s his job to think about what could be on those trains.

“There are probably 50, 60 trains that go by this building every day,” Brinton said. “A lot of times, I’ll sit out there and watch them go by.”

He takes special interest in the tanker cars that carry various types of liquids: acids, farm chemicals, petroleum and crude oil. No one is quite sure how much comes through, although it is possible to glean information from the placards on the trains. The Association of American Railroads will provide a written list of the top 25 hazmat commodities transported through a community.

St. Joseph isn’t oil country, but it is the middle of the country. Even with revocation of the Keystone XL Pipeline permit, millions of barrels of crude make the journey on freight trains and pipelines from Canada or the Dakotas to Texas and Illinois. Some of it passes through Buchanan County, both on rail and through an oil pipeline that went into service in 2010.

That pipeline, known as the Keystone Pipeline, runs through southern Buchanan County on its 2,687-mile journey from Hardisty, Alberta, to an end point in Illinois, where refineries are able to process heavy Canadian crude. The company that operates it, TC Energy, is the same one that was seeking to build the Keystone XL Pipeline, which would have delivered crude from Canadian tar sands on a separate route from Canada to Nebraska.

TC Energy, formerly known as TransCanada, employs 30 people in Missouri and pays $1 million in property taxes to different entities in Buchanan County, including $590,000 to the St. Joseph School District, according to county records. Brinton thinks the pipeline, which moves about 590,000 barrels of crude a day, avoided the kind of controversy that plagued Keystone XL because the company utilized existing right-of-way for parts of its route.

Robynn Tysver, senior communications specialist with TC Energy, said the company works with emergency managers on the local level and conducted 189 safety drills across its network in 2019. “Pipelines are one of the safest and most environmentally responsible methods of transporting large volumes of petroleum products and natural gas,” she said in an e-mail to News-Press NOW.

Officials from both the pipeline and rail industries declined to speculate on whether the revocation of Keystone XL, which would have delivered 830,000 barrels of crude a day, will lead to increased oil transport on freight trains.

A spokesperson for the Association of American Railroads notes that rail transport of oil products tends to fluctuate. Trains shipped a record 11% of U.S. oil production in 2014, but that number dropped to 3.2% in 2019 as pipeline capacity increased and output dropped due to falling demand for gasoline. Other commodities see a similar ebb and flow. Year-to-date, rail transport of coal is down 12% and petroleum products is off 13%, while grain shipments increased 34%.

Brinton coordinates the volunteers with the Region H Hazmat Team, many of them firefighters in communities across Northwest Missouri, who work closely with railroads and pipeline companies on disaster simulations throughout the year. Their training focuses on multiple hazardous materials, like natural gas, petroleum products, chlorine and anhydrous ammonia. He said the key is to be ready for anything.

“The hazmat responders are trained to stay away and look,” he said. “We have binoculars on all of our vehicles, and you look for the plume. You look to see if it’s leaking or it’s on fire. And you make sure what’s on there before you go near it. We all work together, the pipeline association and rail lines, to make it as safe as we can.”

The Worlds A Little Blurry

Changing Of The Guard

Visible address important in an emergency

One seriously injured in crash