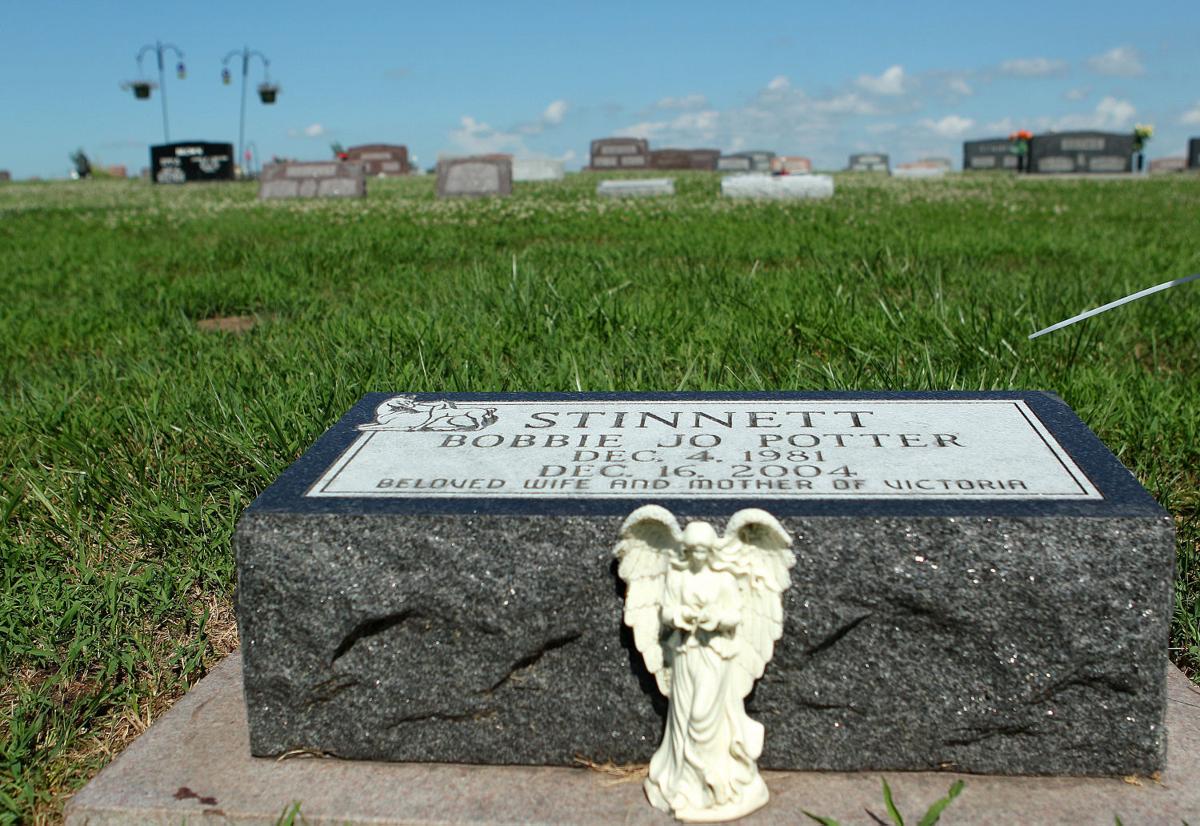 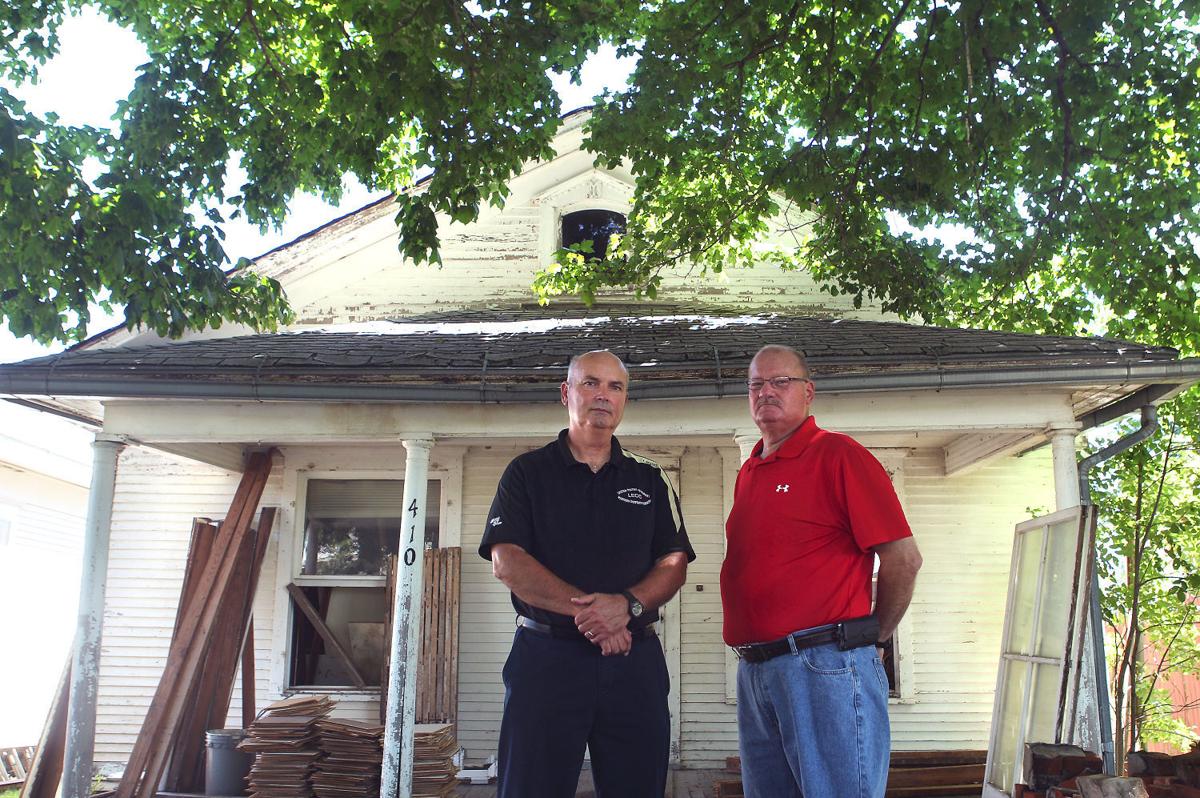 Randy Strong, left, former investigator with Maryville Department of Public Safety, currently an investigator with the Holt County Sheriff’s Department and Don Fritz, right, a retired lieutenant with the Cameron Police Department. The men worked together to get a confession from Lisa Montgomery for the murder of Bobbi Jo Stinnett and the abduction of her baby. 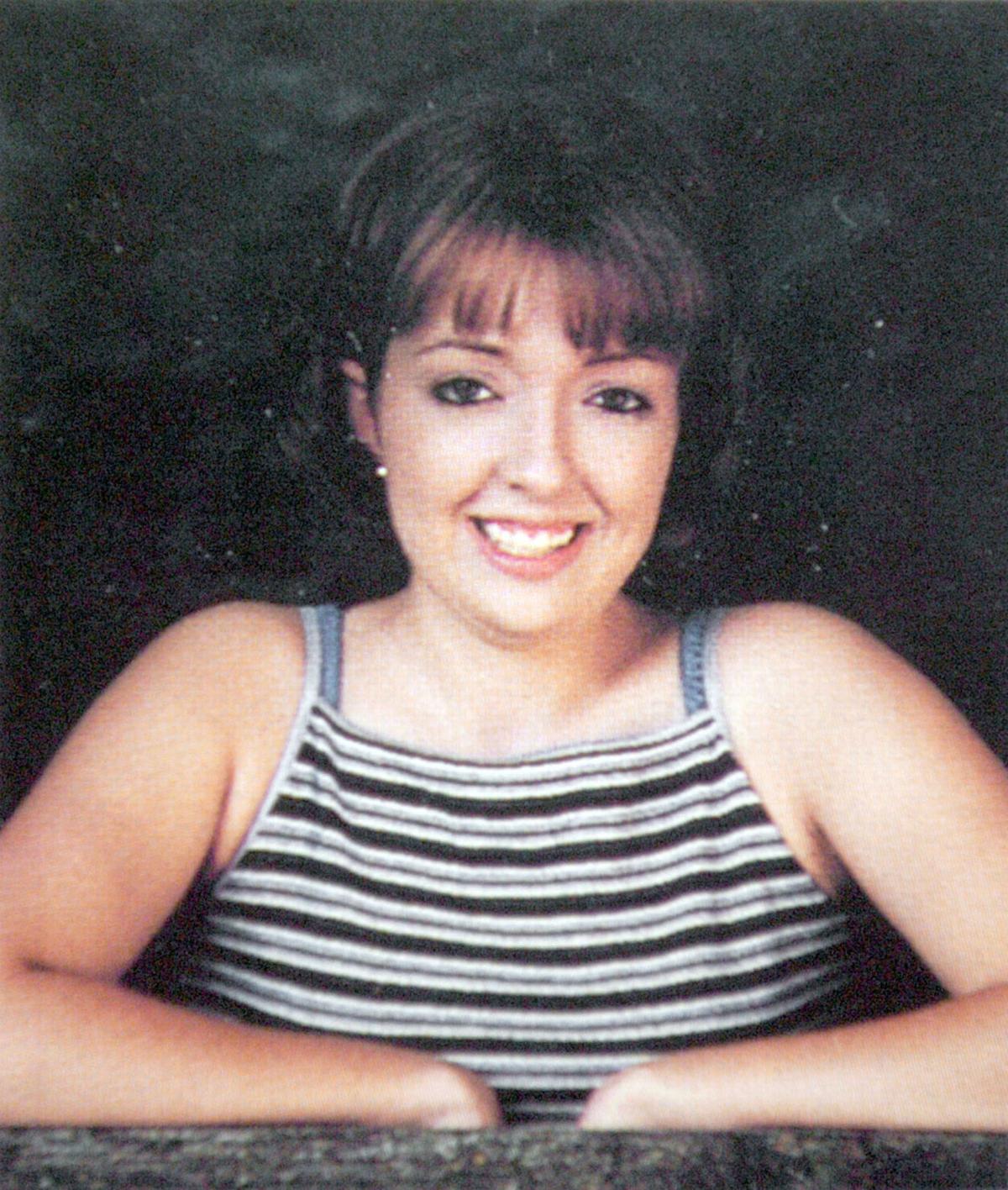 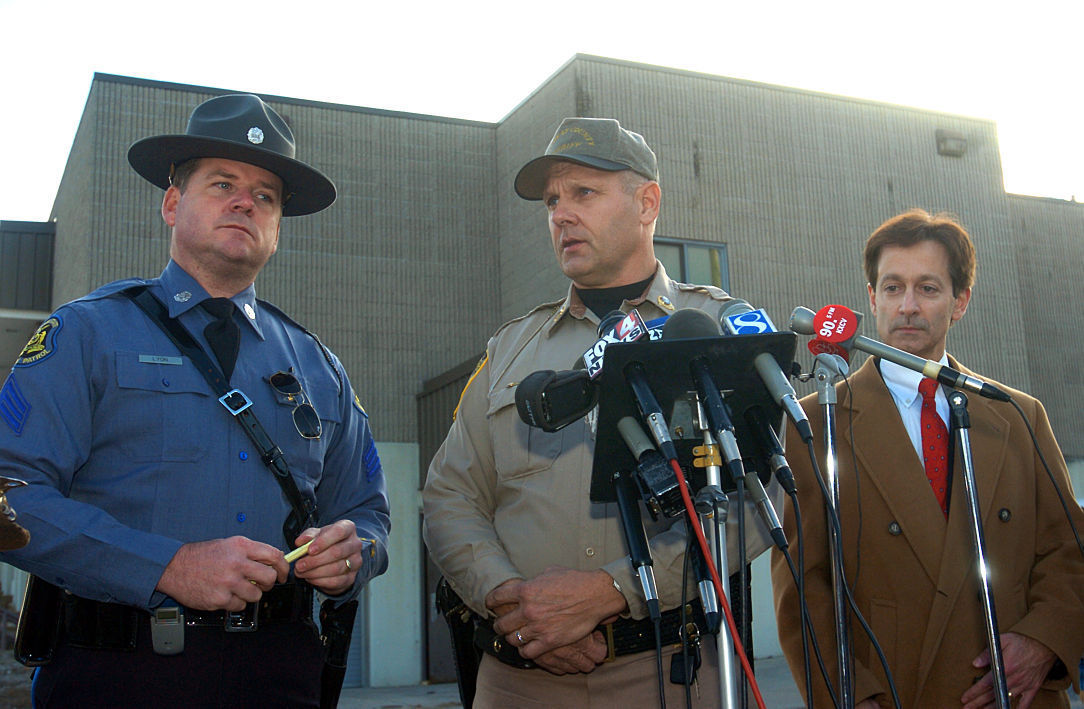 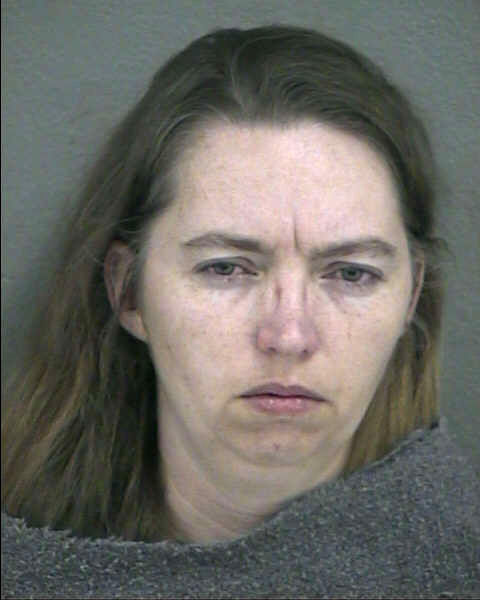 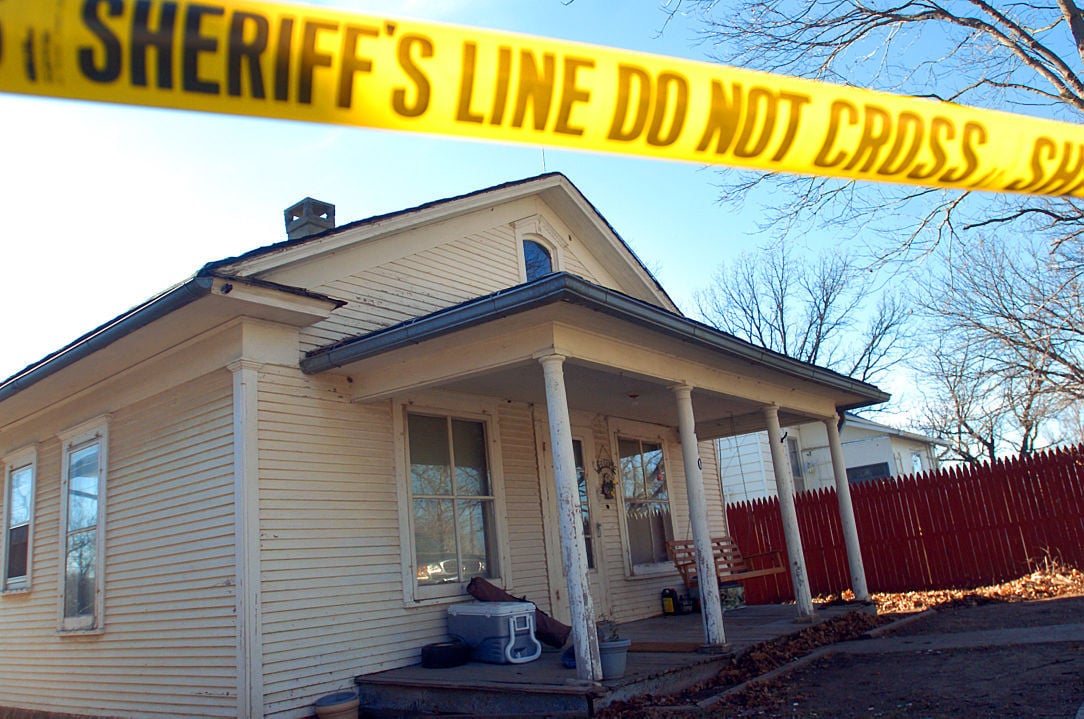 Randy Strong, left, former investigator with Maryville Department of Public Safety, currently an investigator with the Holt County Sheriff’s Department and Don Fritz, right, a retired lieutenant with the Cameron Police Department. The men worked together to get a confession from Lisa Montgomery for the murder of Bobbi Jo Stinnett and the abduction of her baby.

SKIDMORE, Mo. — More than 10 years after a Kansas woman confessed to strangling an expectant Northwest Missouri mother and abducting of her unborn baby, the now 47-year-old woman remains the only female inmate on federal death row.

On Dec. 16, 2004, expectant mother Bobbie Jo Stinnett, 23, scheduled a meeting with a prospective owner of one her show-quality Rat Terrier puppies. That possible business transaction ended in the death of eight-month-pregnant Mrs. Stinnett and the kidnapping of her unborn daughter.

Screams from the mother of Bobbie Jo Stinnett, Becky Harper, echoed through the small Skidmore home after finding her daughter’s body in the back bedroom. The room was used to hold puppy kennels for the show Rat Terriers raised by Mrs. Stinnett, but became filled with the uncontrollable sobs of Ms. Harper.

“She is laying on the floor with blood everywhere,” Ms. Harper said as the dispatcher asked her what happened. “She was pregnant. ... It’s like her guts have exploded or something.”

Former Nodaway County Sheriff Ben Espey was the first emergency responder on scene and quickly mobilized the Northwest Missouri Mobile Case Squad. Staffed with investigators from several regional law enforcement agencies, Mr. Espey was notified that the child’s umbilical cord was cut, prompting agencies, including the FBI, to join the search for the unseen child.

“I was assigned on the first day that it happened (and) Sheriff Espey called me after I had just completed a day’s worth of work,” said former Maryville Public Safety Investigator Randy Strong, who was requested by Mr. Espey. “He called and told me of the situation we had here.”

Mrs. Stinnett, married just less than two years to her husband Zeb, was expecting her first child. After Mrs. Stinnett failed to pick her mother, Ms. Harper, up from work, her mother walked to her daughter’s house to find an apparent crime scene.

“(Mr. Espey said) that we had a woman that was an apparent murder victim,” Mr. Strong recalled. “She was pregnant and the baby was gone.”

Authorities from regional offices and the FBI determined no forceful entry was made into the home. Information on Mrs. Stinnett’s computer later verified that she had made arrangements to meet with a Darlene Fischer about the sale of a puppy on the day of her murder.

“We met over at the Atchison County Sheriff’s office, pulled in all their resources, but we couldn’t find a Darlene Fischer and no one had ever heard of her,” Mr. Strong said. “We became very suspicious then that we had a fake name.”

In a frantic effort to make residents aware of the missing child, Mr. Espey struggled to get an Amber Alert placed for the baby. Because of criteria needed to place an alert, such as physical description of the unseen baby, the Amber Alert was denied.

“There was no protocol for an unseen newborn,” Mr. Strong said. “All we knew was that the fetus was removed.”

Thanks to a joint effort and a phone call to U.S. Congressman Sam Graves, Mr. Espey was able to enact an Amber Alert for the missing baby. Media broadcasts went up across the nation.

A tip tied to the name of Ms. Fischer, additional witness information and computer forensics led to a woman named Lisa Montgomery, a 36-year-old woman who claimed to be pregnant. Partnered with former Lt. Don Fritz with the Cameron Police Department, Mr. Strong and Mr. Fritz sped down to Ms. Montgomery’s home in Melvern, Kansas, in hopes of finding the baby alive.

At the Montgomery home, Mr. Fritz and Mr. Strong made their way into the home under the assumption of seeking potential witnesses. The pair found Ms. Montgomery, sitting on the couch, baby in her arms and watching TV with the nationwide Amber Alert flashing on screen.

“You could tell that the shape of the baby’s head looked like it was a Cesarean (birth),” Mr. Strong said. “The color was good, but probably the thing that bothered me the most was the fact that the baby didn’t cry.”

The baby, alive and seemingly healthy, was handed off to a FBI agent before she was transported to a local hospital for evaluation. Mr. Strong and Mr. Fritz took Ms. Montgomery away from the home to an undercover narcotics facility a few miles away.

Inside the narcotics group office, the two veteran officers sat with Ms. Montgomery. Unkempt and asking for cigarettes, Ms. Montgomery, a mother of two, began to slowly detail her involvement in the murder.

“I slid my chair right up, almost against her chair, our knees were almost touching and I reached out,” Mr. Fritz said. “She put her hand in my hand, I put my other hand on top of her’s and I said ‘we need to get this lined out. We need to get to the bottom of this.’”

After speaking calmly with the suspected murderer, Mr. Fritz said they heard what they were waiting for.

“She goes, ‘it’s terrible. I can’t talk about it,’” he remembered. “And I said we already know, we know what happened. Then she said, ‘Well, you’ve got Bobbi Jo’s baby.’”

Ms. Montgomery, now 47, was convicted in October 2007. Her attorneys claimed she suffered from pseudocyesis — a behavioral health condition that causes a woman to believe she is pregnant — but she was sentenced to death in late October 2007.

While appeals courts continue to battle over the conviction of her case, Ms. Montgomery is the only female of the 62 convicted inmates in federal prison. Despite the case and circumstances surrounding the shell of the home still in Skidmore, Mr. Strong said one joy remains alive in Nodaway County — the young child, now named Victoria Jo.

“I’ve seen some interactions at like little league games and things,” he said, adding that he has never met the young, now 10-year-old, he help recover. “You know, she is this community’s little girl. And she is a survivor.”

Attempts to reach out to Ms. Harper and Mr. Stinnett were not returned.

I can tell you why Ms Harper and Mr Stinett wouldn't contact you. People in Skidmore are sick of reporters.