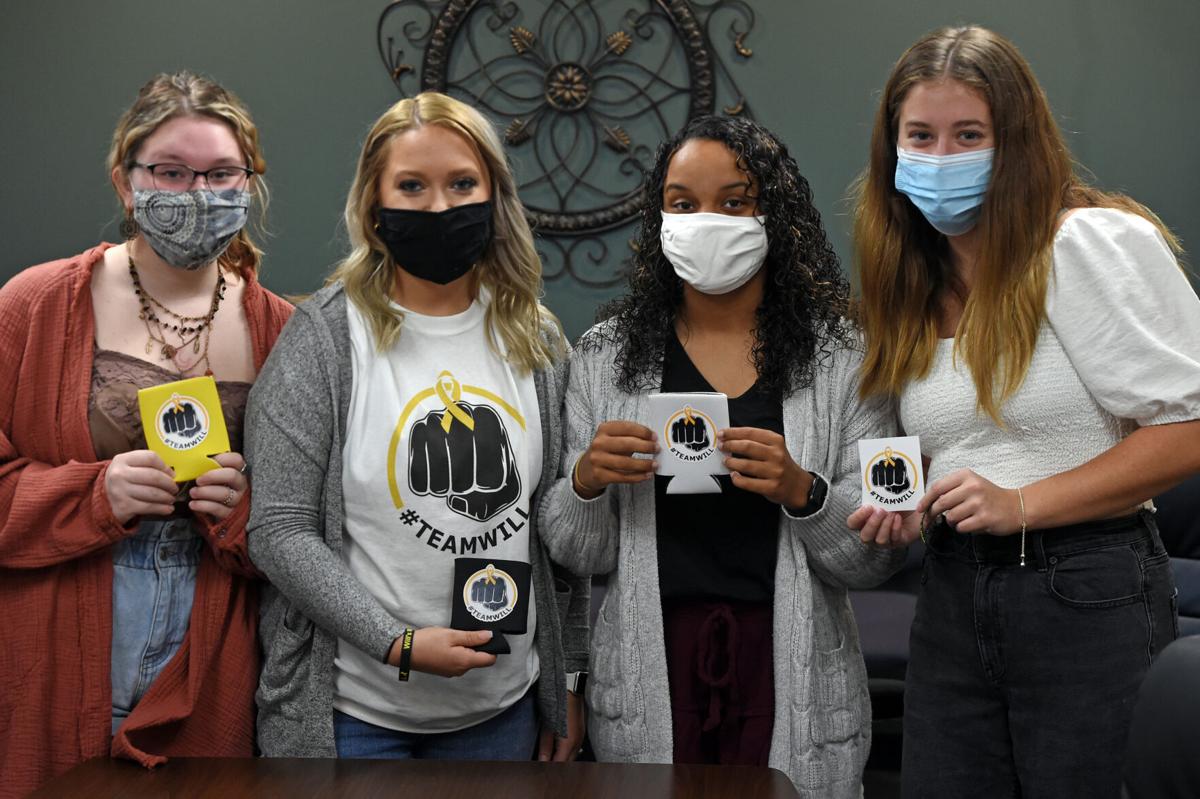 Four Lafayette High School seniors, from left to right, Kennedi Kissick, Nicole Grippando, Jamaia Massey and Taryn Smith, have organized a ‘Walk for Will’ for Savannah teenager Will Walker. 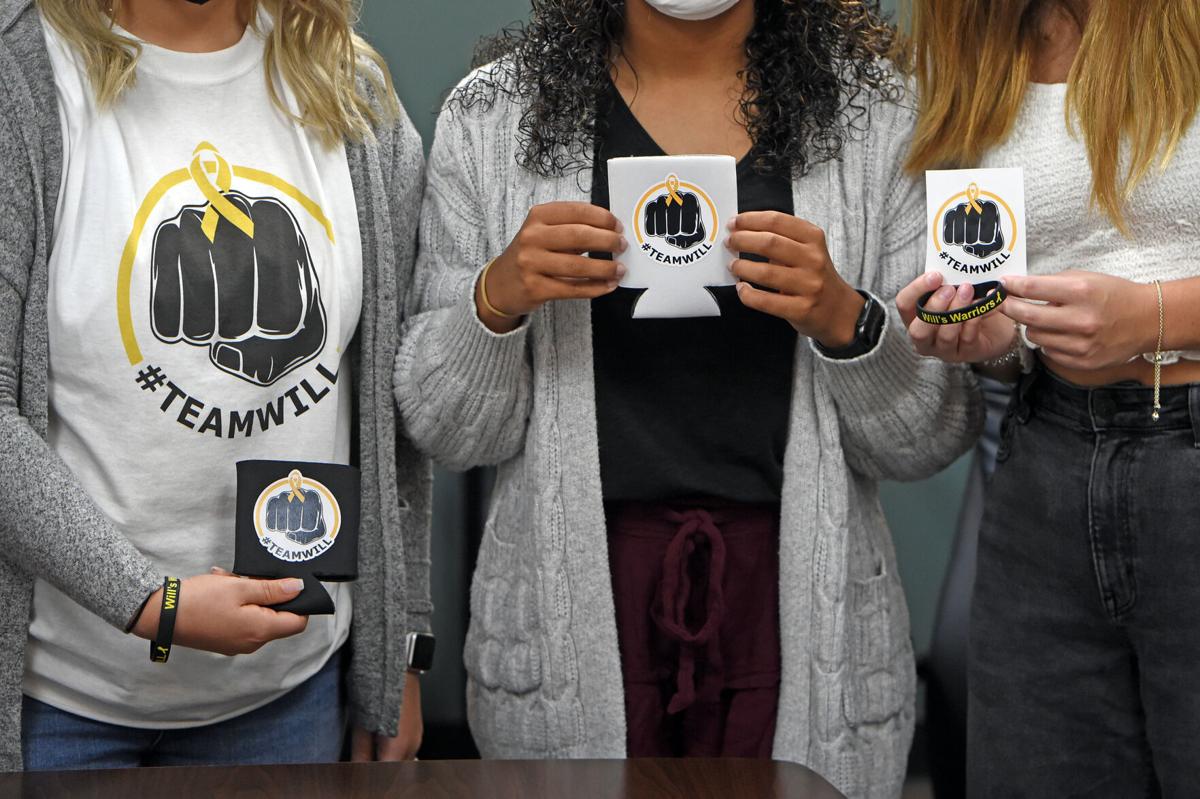 Lafayette High School students advertise products that are being used to raise money for Will Walker and the ‘Walk for Will.’

Four Lafayette High School seniors, from left to right, Kennedi Kissick, Nicole Grippando, Jamaia Massey and Taryn Smith, have organized a ‘Walk for Will’ for Savannah teenager Will Walker.

Lafayette High School students advertise products that are being used to raise money for Will Walker and the ‘Walk for Will.’

A group project for four Lafayette High School seniors has turned into an explosion of support for a fellow teen.

Organizing the “Walk for Will,” a fundraiser for Savannah teen Will Walker, who’s battling incurable synovial sarcoma, the teens have seen a big response.

“We started first by creating a Facebook page, which has over 800 members, and it’s just grown from there,” Kennedi Kissick said.

The group effort is a part of a project management assignment from Hilary Salanky, the students’ teacher at Lafayette. She said the projects normally target community service or fundraising. The Walker fundraiser added an extra twist since he’s a Savannah student.

“That’s a different school, and it’s slightly a rival to us,” she said. “That touched my heart because it wasn’t ‘How can we give back to Lafayette students?’ It’s a different community.”

Having never planned an event before, Kissick, along with Nicole Grippando, Jamaia Massey and Taryn Smith, were touched by Walker’s story and wanted to help.

“He’s so close to our ages, and none of us could imagine going through what he’s already been through his entire life,” Grippando said.

Walker was diagnosed with synovial sarcoma, an extremely rare form of cancer, at the age of 9. The cancer then spread to his left arm, with him deciding to have it amputated. Walker’s story has captured the attention of shows like “Ellen” and teams like the Kansas City Chiefs.

The battle continues for Walker, as his family and he still have to take periodic trips to St. Louis for treatment. The Lafayette teens feel like if they can help defer the costs of travel, they can give them some peace.

“We hope to raise a lot of money to help them because financially, that can be a lot for one family,” Massey said.

Of the four organizers, only Smith knows Walker’s family personally. She reached out to them for their blessing, and they said they were happy to receive the help and support.

“He goes to my mom’s clinic, and so my mom and his mom are really good friends. And so we’re always talking,” Smith said.

For the others, it was a chance to give aid to a person their age who’s facing cancer with courage and optimism.

“At such a young age, he was diagnosed with this and then got his arm amputated. It’s something that a kid his age shouldn’t have to go through. So us getting to help him means a lot,” Kissick said.

In raising funds for Walker, the group didn’t stop at hosting a walk. They have shirts, koozies, wristbands and stickers that bear the hashtag #TEAMWILL.

Salanky said the extra effort to raise money was amazing.

“It’s taken off in the amount of support they received through their Facebook page ... so I imagine they will raise thousands from this,” she said.

The students said the response from people in the area has opened their eyes to how giving this community can be in times of need.

“Everyone here is here for him and we’re willing to help in any way we can,” Kissick said.

While most of the group hasn’t been able to meet Walker, they want him to know his optimism and spirit are appreciated.

“He’s such a positive kid too, going through all this. He’s always smiling, always making sure everybody’s having a good time,” Smith said. “They’ve been doing this since he was 9. We want to make it a little easier for them.”