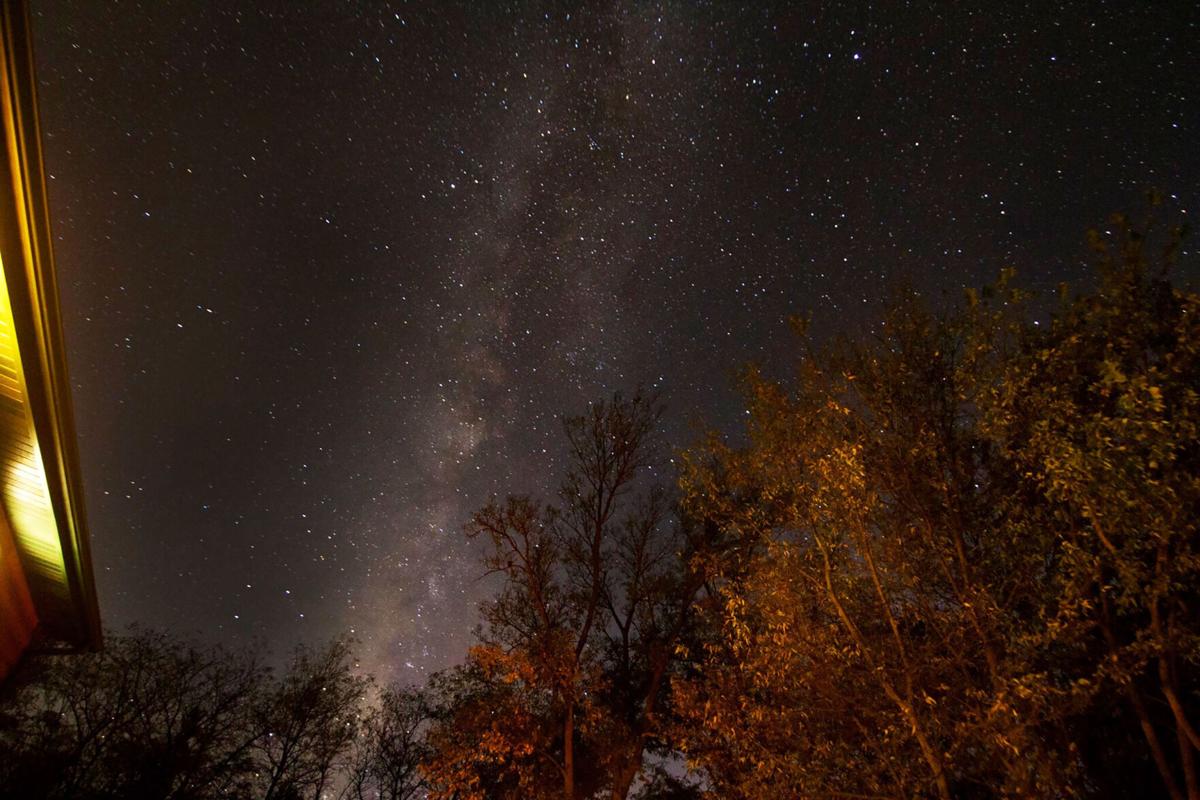 The stars shine bright in the night sky over Kanopolis State Park in Kansas. 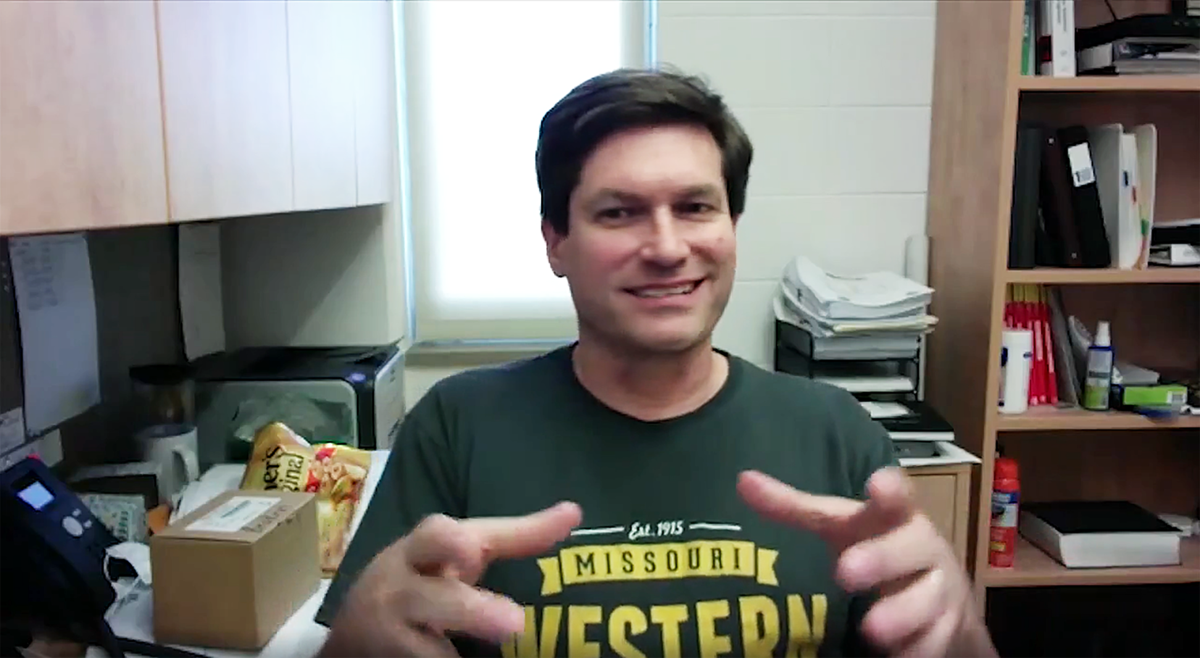 Brian Bucklein, a physics professor at Missouri Western State University and director of the Bushman Planetarium, said, ‘It’s part of the human condition to look up to the sky and wonder what might be up there.’

The stars shine bright in the night sky over Kanopolis State Park in Kansas.

Brian Bucklein, a physics professor at Missouri Western State University and director of the Bushman Planetarium, said, ‘It’s part of the human condition to look up to the sky and wonder what might be up there.’

Long before clickbait ever existed, this headline was hard to ignore.

“Northwest Missouri Has Mystery in the Sky,” the St. Joseph News-Press reported in a front-page story that speculated on strange lights that may have been from a weather balloon, a star or — just maybe — something else.

It was Oct. 20, 1935. Those who witnessed these mystery lights would have quickly moved on to less celestial matters, but over the years St. Joseph residents would look to the sky and find that something looked amiss. The city never gained the notoriety of a place like Roswell, New Mexico, which has long been associated with a famous incident, but reports surfaced from time to time on what were first known as flying saucers, then Unidentified Flying Objects and now the government’s preferred term: Unidentified Aerial Phenomena.

“There’s always been an interest in space, whether or not people believed in UFO, or UAPs, as the government is calling them,” said Brian Bucklein, a physics professor at Missouri Western State University and director of the Bushman Planetarium. “It’s part of the human condition to look up to the sky and wonder what might be up there.”

On Oct. 19, 1951, the News-Press reported on one eyewitness account with what in hindsight might be considered a startling level of certainty. “A flying saucer, southward bound, speeded over St. Joseph shortly after noon today,” according to the first paragraph of the story.

A decade later, on Aug. 6, 1965, the headline writer chose punctuation that added an air of skepticism. “Another report on a ‘flying saucer,’” readers were told in that day’s edition.

So it went over the years, from flying saucers to UAPs, from wild theories to credible reports from trained Navy pilots. The latest development in one of humankind’s most enduring mysteries — are we alone in the universe? — comes later this month with the release of a congressionally mandated Pentagon report that outlines what the government knows about UAPs.

The New York Times teased the report earlier this month and suggested that there will be no confirmation of any alien technology making it to Earth, though that isn’t ruled out, either. But the release of this report, from a government that at times officially denied much interest in the subject, has generated considerable speculation in this little corner of the universe.

“All investigators would like to see some real substantial reports and evidence,” said Margie Kay, assistant state director of the Mutual UFO Network, or MUFON. “We know the government has been withholding information. Even a little more information would be a good thing.”

Kay, who works in Kansas City, said she became interested in UFOs when she was driving through Oklahoma and was tailed by a cigar-shaped object. That happened in 1978.

“It stayed with us for 15 minutes and then just disappeared,” she said. “We were astounded. We saw our first UFO.”

MUFON, which used to have a chapter in St. Joseph, fields about 400 reports a year in Missouri. Those are then whittled down between ones that can be explained and unexplained ones. Kay said she detects a growing acceptance from the public, possibly because many reports today are coming from pilots and military personnel.

“It’s not a laughing matter at all,” she said. “There really is something going on that we can’t explain.”

Bucklein said he knows one Navy pilot who told him about seeing something he couldn’t identify. “He didn’t report it at the time because there was a lot of stigma about that,” he said. “Even if you weren’t saying it was an alien, you were grounded while they did a physical and psychological workup on you to make sure you weren’t cracking under pressure.”

The Missouri Western professor said it’s possible many of the recent UFO/UAP sightings that are picked up on military radar or sensors could be drones, which are smaller and can maneuver in ways that a piloted craft can’t manage, or secret technology developed by the United States or by its adversaries like China or Russia. While he absolutely believes that intelligent life exists elsewhere in the universe, he isn’t convinced it has ever made its way here.

A study of physics helped him understand the vast distances in space, with the next nearest star 4.2 light-years from Earth. That means it would take 4.2 years to travel there, at light speed, in technology that earthlings aren’t even close to developing.

“The odds are good that the nearest potential civilization would likely be somewhere on the order of about 1,000 light-years from us,” he said. “That means it would take over a thousand years to get here, one way. Maybe it’s just a lack of imagination on my part, but I find it hard to picture that some other civilization that detected us would decide it was worth it to come all this way.”

Then again, once you see something that can’t be explained, an ephemeral sense of wonder can’t be easily shaken. In 1951, a 3-year-old girl named Marilyn Sue Bullock was the first person to spot something strange in the sky above St. Joseph. She told her mother, who told the newspaper.

Today, Marilyn Snider lives in Holton, Kansas. She doesn’t remember what she saw as a little girl that day, but she still remembers her mother talking about it.

“She said I looked up and said, ‘Look, what’s that?’” said Snider, now 73. “There was something round, flying through the air. She thought it was a flying saucer.”

WATCH: UFO or UAP? Either way, it's a mystery

St. Joseph Public Library to celebrate a summer of reading