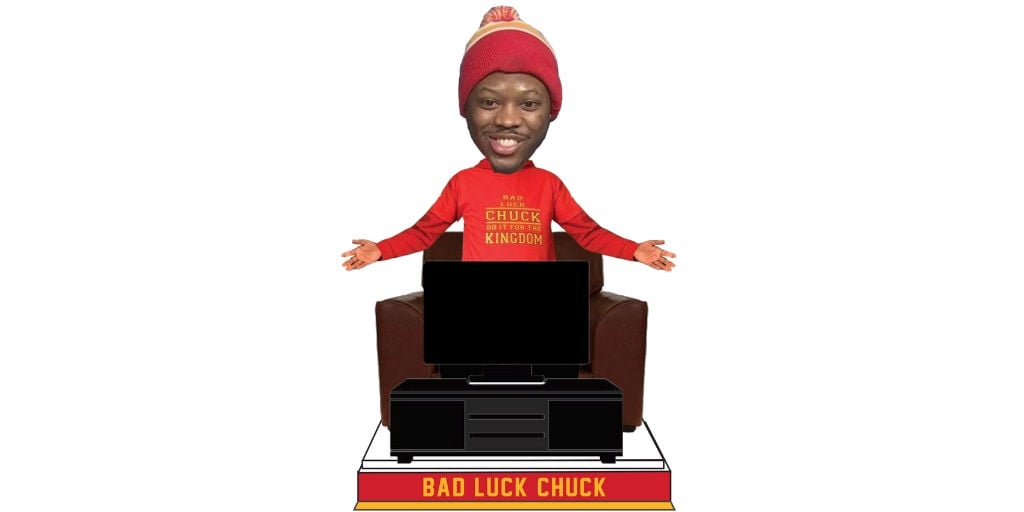 A rendition of ‘Bad Luck Chuck’ bobblehead design now is available and will be delivered sometimen in March, and of course he is sitting on the couch at home watching the Chiefs game. 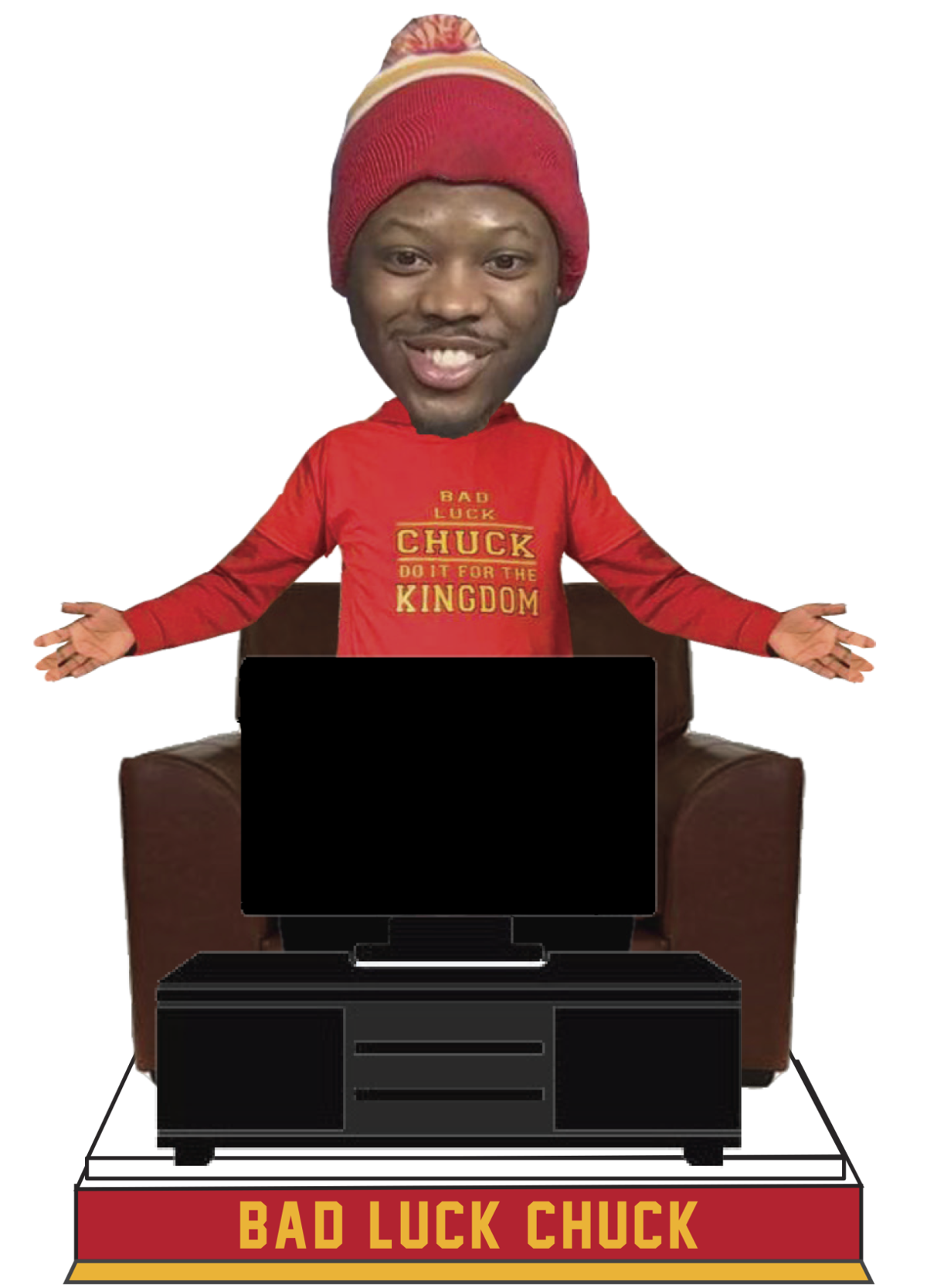 Charles Penn, ‘Bad Luck Chuck’ sits on his couch watching the Chiefs game at home in his new bobblehead design.

A rendition of ‘Bad Luck Chuck’ bobblehead design now is available and will be delivered sometimen in March, and of course he is sitting on the couch at home watching the Chiefs game.

Charles Penn, ‘Bad Luck Chuck’ sits on his couch watching the Chiefs game at home in his new bobblehead design.

Down 21 to nothing in the first quarter of the Divisional round game to the Houston Texans, did anyone expect the Chiefs to be playing in the Super Bowl?

Internet sensation Charles Penn, better known as “Bad Luck Chuck,” certainly did not. He had been hounded by his friends for years about the Chiefs’ poor playoff record when he attended the games.

“At that point I was desperate, and I was like ‘OK I am going to listen to you guys who have been getting on me for the last couple of years’,” Penn said. “That’s when I recorded the video just to let everybody know I am not messing around and hopefully the Chiefs can get on a run. Well, they did.”

Penn left the stadium, Kansas City went on to come back and win the game and the rest is history. From radio appearances to going on national and local news outlets, the last two weeks have been a whirlwind for Penn.

And just in this past week, Penn now has a collectible “Bad Luck Chuck” bobblehead that is available for pre-order and will be shipped in May.

“So I was excited man, when I first got on the website. They do a great job on bobbleheads in general and I felt like it was a great idea,” Penn said. “But for the video to turn into all of this, it is quite incredible. I am blessed.”

The bobblehead is available at www.bobbleheadhall.com.

“We have been collecting bobbleheads for 20 years now, and we really turned it into a business five years ago,” Phil Sklar, the co-founder and CEO of the National Bobblehead Hall of Fame and Museum, said. “We reached out to him (Charles) and we identified him to be a great candidate for a bobblehead. I don’t think he was expecting a call about making a bobblehead after him.”

The company is in Milwaukee, and the orders for the bobbleheads are already underway. They cost $25 dollars with a flat-rate shipping fee of $8.

Bobbleheads already are a great piece of sports memorabilia for fans, but this design is unique to the Chiefs and this season.

“I never thought I would have a bobblehead made of me, but when the Hall of Fame approached me about it I thought it was an awesome idea,” Penn said. “As long as fans keep them away from the stadium, I think it will become a good luck charm that will bring us a lot of wins for years to come.”

From disappointed to viral to bobblehead, Penn’s last few weeks are likely the most unique experience a Chiefs fan has had this postseason. According to Penn, his regular-season attendance record for the team has been good. He’s just been bad luck in the playoffs, with his exit from the stadium in the game against the Texans as proof.

And Chiefs fans don’t worry. Penn is not heading down to the Super Bowl or even to the city of Miami.

“I will be home for this one. There was enough people telling me to stay away from Miami, we don’t want you in Miami,” Penn said. “If the Chiefs do win the Super Bowl, I don’t know man, the curse might be over if they win. don’t you think?”

Zach Fisher can be reached at zach.fisher@newspressnow.com.