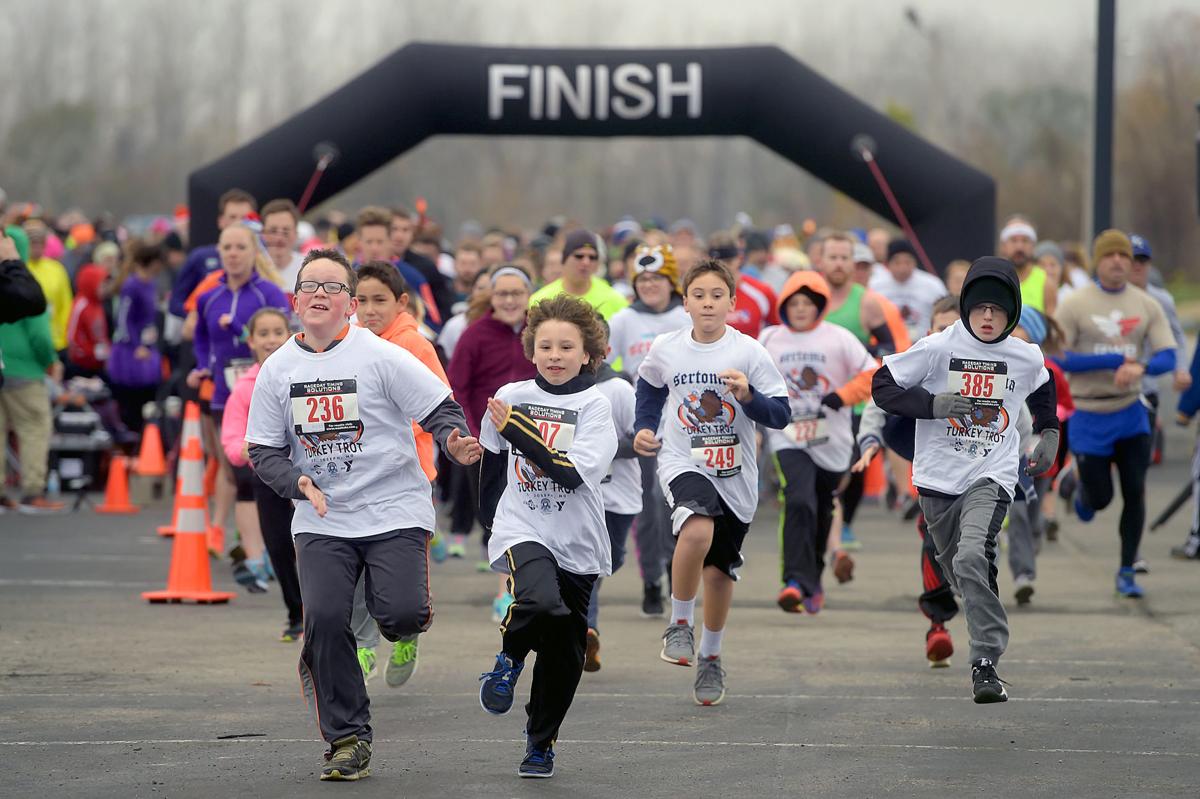 Kaden Mosier, 11, right, and Jesse Summers, 9, center lead the pack at the start of the Sertoma Turkey Trot on Thursday morning. The annual event is a fundraiser for Noyes Home For Children and St. Joseph YMCA. 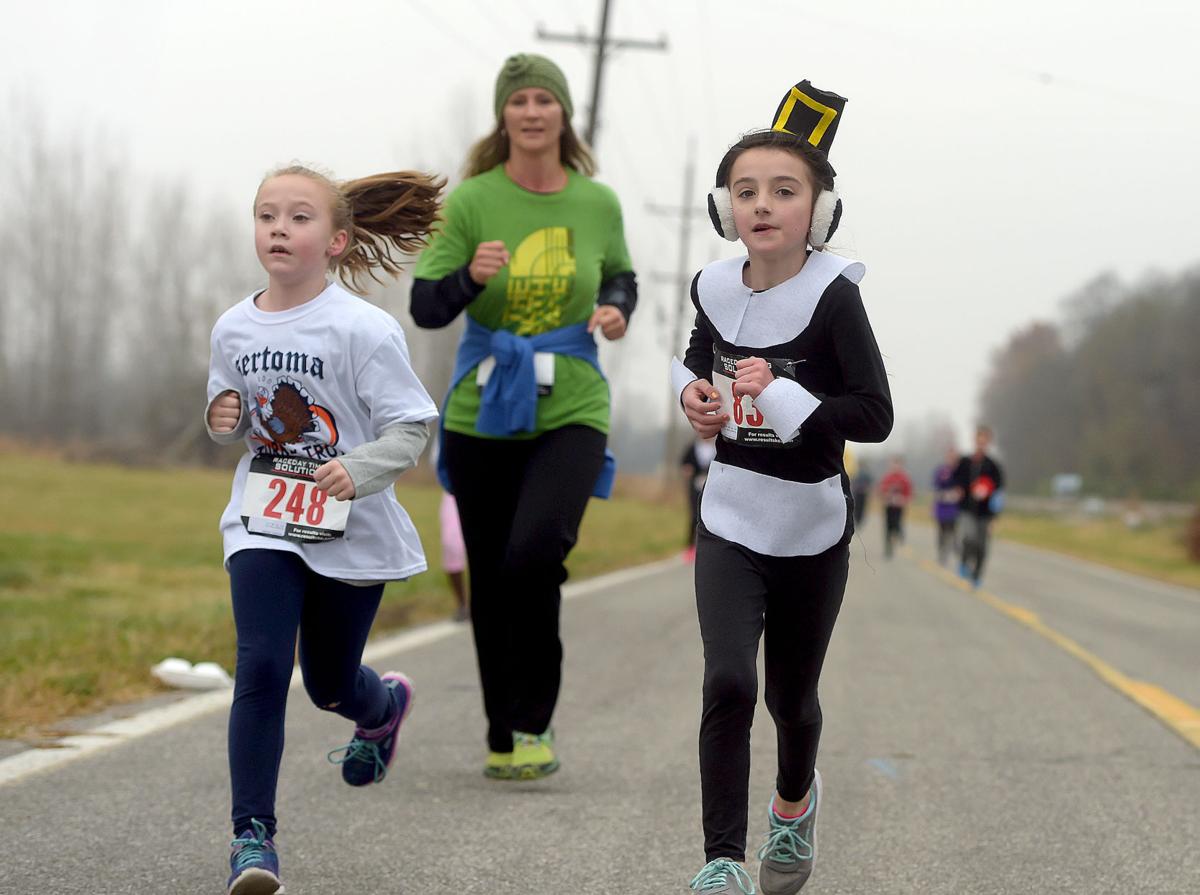 Kaden Mosier, 11, right, and Jesse Summers, 9, center lead the pack at the start of the Sertoma Turkey Trot on Thursday morning. The annual event is a fundraiser for Noyes Home For Children and St. Joseph YMCA.

Runners of all ages came to Riverfront Park on Thursday morning to “wobble before the gobble” during Sertoma’s 11th annual Turkey Trot.

Pat Burton, a member of St. Joseph’s Sertoma Club, said all of the entry money for the 5K run or walk benefits YMCA youth programs and the Noyes Home for Children.

“We are proud of the fact that we are helping lots of children in the community,” she said. “We have participants from as far away as New York, Texas, California, all family members coming to St. Joe to celebrate and they make this event a part of their tradition.”

The event is the perfect outlet for people of all ages to burn calories on a day that involves overindulging on Thanksgiving dishes.

Ryleigh Brooner, 4, finished the 5K with her mother. Even though she fell during the race, Brooner picked herself right back up, and she plans to come back to the Turkey Trot next year.

The race began and ended in the parking lot of St. Jo Frontier Casino and both the 3.1-mile course and the walking route are flat and reasonable for any skill level.

C.J. Travis, who ran the Turkey Trot for the first time, said he would recommend it to others because all the participants, staff and volunteers are very friendly.

“It’s really cool to see a lot of like-minded people coming out to run or walk,” he said. “I can go and eat more pie in peace today without having to think about it. I’ll probably get out and run off some more tomorrow, but yeah, it’s a good cause and there was a really good turnout too.”

After the race, participants gathered inside the casino’s River’s Edge Cafe, Buffet & Lounge, where awards were given out for creative holiday costumes and to the top runners from different age categories.

Bachman finished seconds before his twin brother, and said he is thankful for the friendly competition that they share.

“This year was kind of my race to win,” he said. “I made a little move at the end and my brother said, ‘Yeah, just go for it. You can take this one.’ We’ve always had a little competitive fire between us, and it’s easier to get up in the morning and train if you have someone that close to you that’s always doing the same thing and pushing you along.”

Parks tax passes but more work to be done

Police, firefighters meet with community members at National Night Out