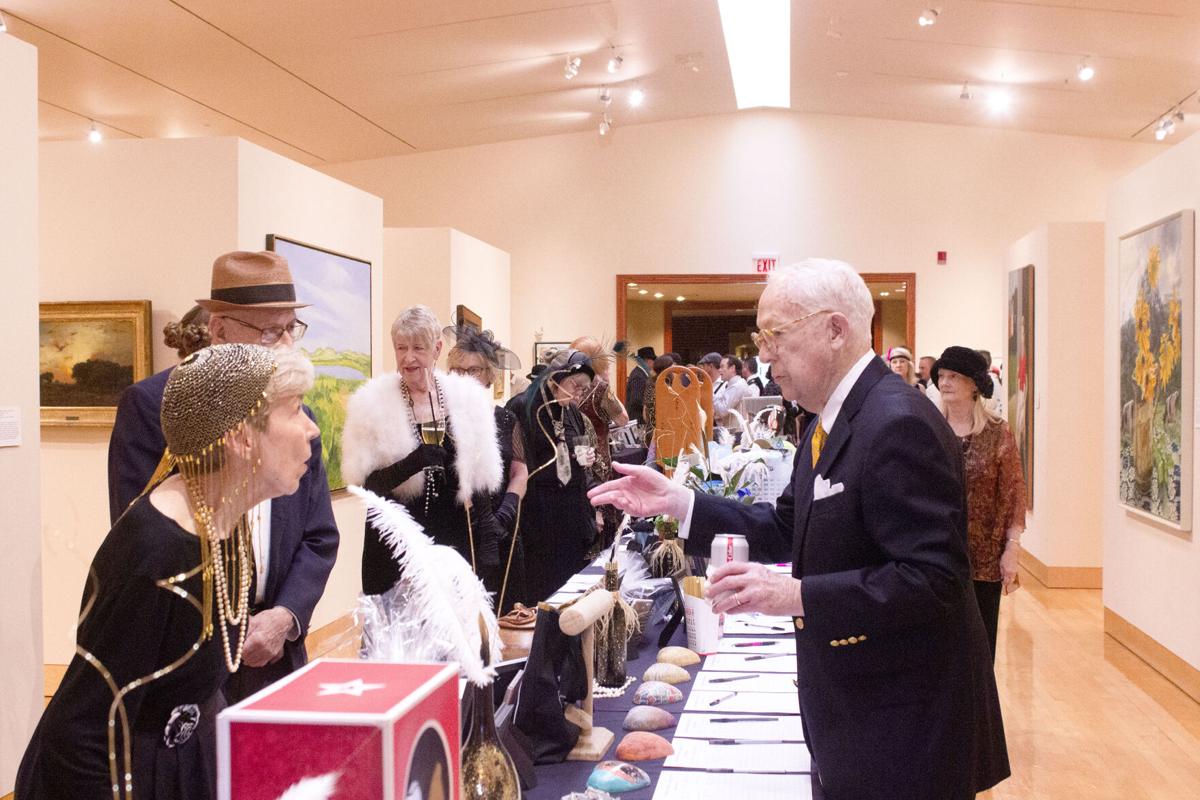 Attendees chat while perusing auction items during Saturday’s Pot O Gold Gala and Auction at the Albrecht-Kemper Museum of Art. There were around 120 patrons at the event, marketing manager Jill Carlson said. 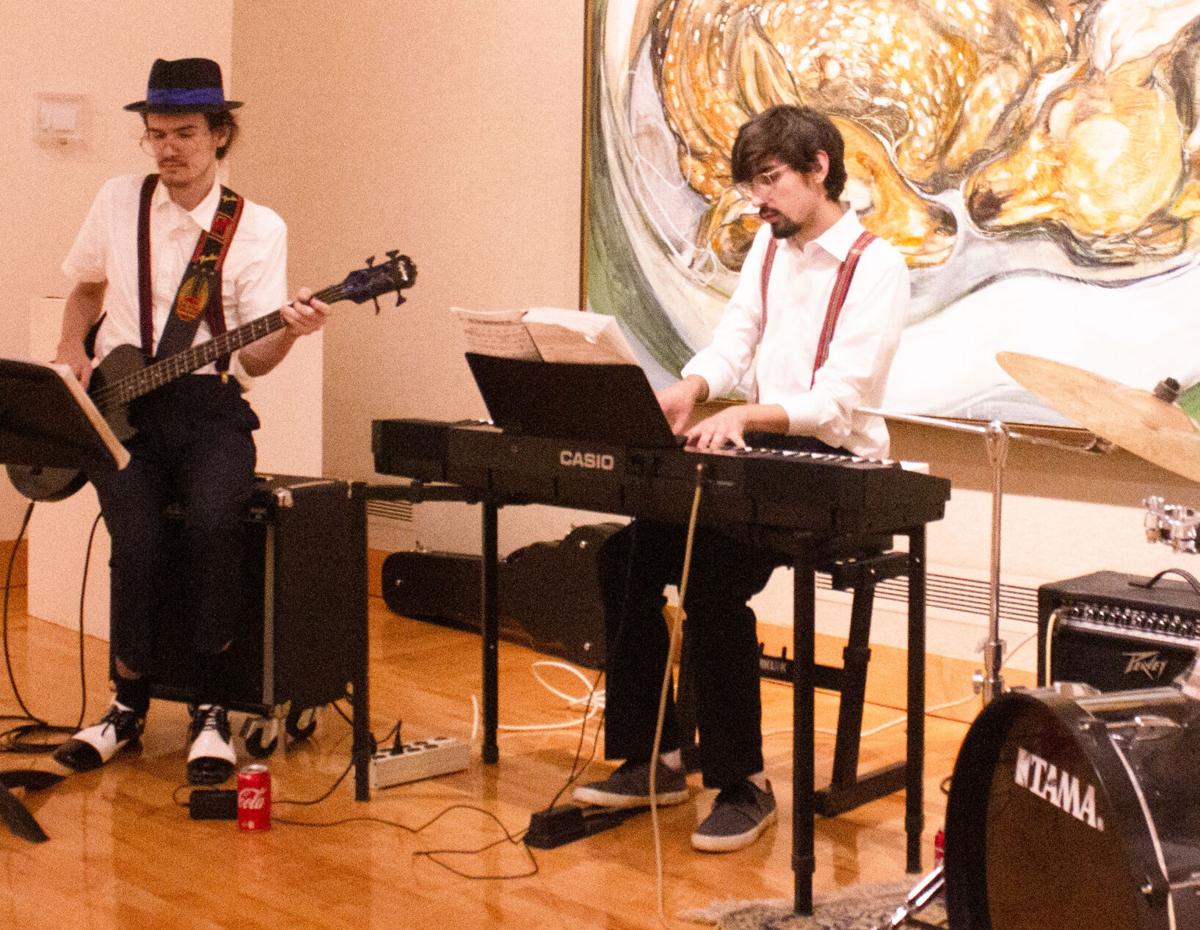 Attendees chat while perusing auction items during Saturday’s Pot O Gold Gala and Auction at the Albrecht-Kemper Museum of Art. There were around 120 patrons at the event, marketing manager Jill Carlson said.

The 43rd Pot O Gold Gala and Auction, held Friday evening at the Albrecht-Kemper Museum of Art in St. Joseph, featured a variety of entertainment for those in attendance.

The evening’s theme was “Roaring into the ‘20s.” There was a gourmet dinner and specialty, both fitting the Prohibition Era, while a local swing band provided live music.

Focusing on a time of change in America’s history made sense given recent adjustments to daily life, museum marketing manager Jill Carlson said.

“Going into the 2020s, we’ve seen so many changes so far and we’re excited to sort of (duplicate) what happened a century ago, in the 1920s,” she said.

Carlson estimated there were around 120 patrons at the event. It was a great opportunity to meet community members as someone fairly new to her position, she said.

“I’ve seen... names on a list so many times, but it’s so great to be able to see people in person, to talk to them face-to-face and to be able to really share this common moment,” Carlson said.

‘There also was a broad range of items for auction, Eric Fuson, museum executive director, said. Several local artists donated work for an online auction and St. Joseph businesses contributed goods and services for the silent auction. The gala’s live auction included a tour of Arrowhead Stadium, a “mystery box” and several other items.

The event was important in setting a course for the museum’s future, Fuson said.

“This is one of our big fundraisers, and what people kind of don’t realize all the time is the Albrecht-Kemper is actually just funded by, you know, local support,” he said. “It’s all just people getting behind it and donating money. We’re not… getting big government grants or anything like that, so... every dollar counts for us.”

Fuson said hopefully funds will be used to reconstruct its driveway to be more accessible, as well as to continue classes at the museum.

Firework use a concern even as temperatures cool