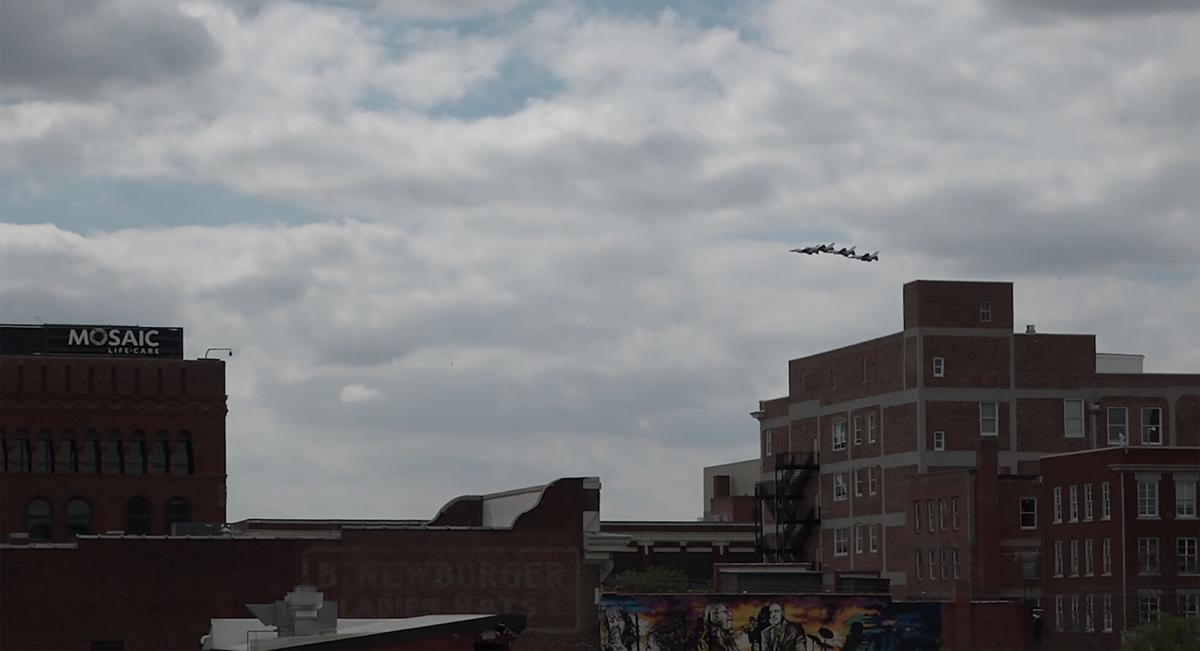 The Thunderbirds flying over downtown St. Joseph on Sunday, May 2. View from the roof of 825 Edmond Street.

The first ever flyover from a B-52 Stratofortress in St. Joseph, Missouri occurred Saturday.

The Thunderbirds flying over downtown St. Joseph on Sunday, May 2. View from the roof of 825 Edmond Street.

The first ever flyover from a B-52 Stratofortress in St. Joseph, Missouri occurred Saturday.

The Sound of Speed Airshow brought in more than 30,000 people last weekend to Rosecrans Memorial Airport to see acts that included the Thunderbirds F-16 Fighting Falcons.

It was a successful weekend, and within eight hours after the show ended on Sunday, the runway was cleared of the static displays and airshow performers, which is just another example of military efficiency from the weekend.

The event was offered for free to the community by the 139th Airlift Wing.

“It’s our way to give back to the city,” Wing Commander Colonel John Cluck said. “We have such tremendous support from the local area, not just St. Joe, but Buchanan County and some of our friends on the Kansas side of the river, so that’s our pleasure.”

The big difference between the 2018 airshow and the one from this past weekend was attendance. In 2018, about 70,000 people attended. This year, the 139th limited the number of people and asked attendees to wear masks, because of the pandemic.

The United Way has been the charitable partner of the Sound of Speed Airshow since 2016, and officials with the agency helped coordinate 16 groups, which included concession stands and souvenir booths over the weekend. All together, 130 people working on Saturday and 102 people on Sunday put in 1,983 hours.

Staff and volunteers with the United Way also held up buckets seeking donations.

“We raised about $6,000 doing that over the weekend,” United Way President Kylee Strough said. “Those dollars will benefit our 2021 campaign and our 17 partner agencies and initiatives.”

Col. Cluck said he is proud of the airshow and is looking forward to hosting another one in the next two to three years. Discussions about that will begin in December.