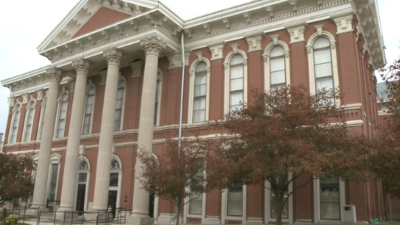 The nominees have spoken, the conventions are over, the candidates have been chosen, and now President Donald Trump and former Vice President Joe Biden will face off come Nov. 3. What comes next is voting, but this year it’s trickier than ever, and it’s all thanks to the COVID-19 pandemic.

“Absentee you have to have a reason, you’re choosing to vote absentee. Mail-in you don’t, but you have to mail your ballot back into us,” Baack-Garvey said. “You can’t drop it off.”

Typically, to vote absentee the voter must be over the age of 65 and have a pre-existing health condition. However, anyone can vote by mail-in. You don’t have to have an excuse, nor do you have to pay for anything. There is a caveat: it must be notarized and it must be mailed in.

Many U.S. citizens are worried about the accuracy of the United States Postal Service and whether or not it’s trustworthy. However, U.S. Postmaster General Louis DeJoy recently testified in front of the Senate Homeland Security and Governmental Affairs Committee and said there’s nothing to worry about.

“To be clear, we will do everything we can to handle and deliver election mail in a matter consistent with the proven processes and procedures that we have relied upon for years,” DeJoy said.

Mark Inglett, USPS Strategic Communications, declined to be interviewed for this story, but in a document sent to News-Press NOW entitled, “Six Things You Should Know About the Postal Service,” one area highlights DeJoy’s changes, citing the financial sustainability of the USPS.

It says, in part, “Necessary reform efforts will begin after the election. He [DeJoy] believes it is essential for the organization to operate efficiently and effectively…”

Despite the affirmations, Baack-Garvey said voting by mail carries some risk, not only getting the ballot in on time and having it count, but also of the ballot being lost. Both Baack-Garvey and DeJoy stress requesting a mail-in or absentee ballot as soon as possible.

The county clerk’s office doesn’t have an estimate of how many mail-in ballot registrations they’ll receive, but Baack-Garvey is confident it will be more than usual, due to COVID-19.

Caroline Hogan can be reached at caroline.hogan@newspressnow.com.

Charges filed in Worth County murder

Food trucks deal with slower business due to canceled events