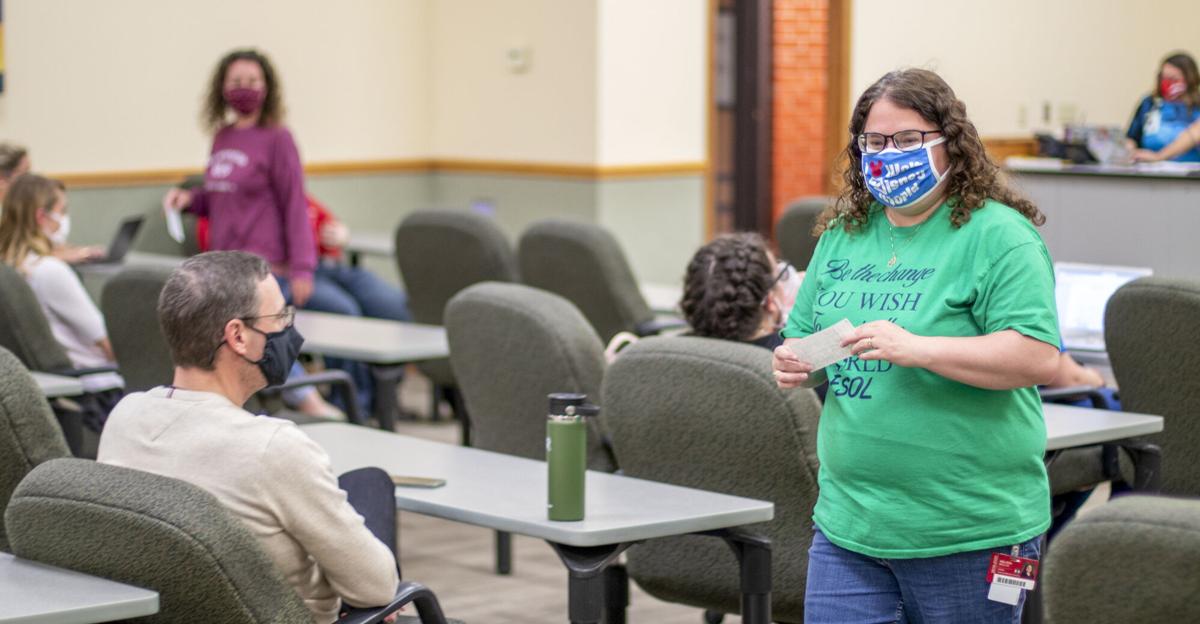 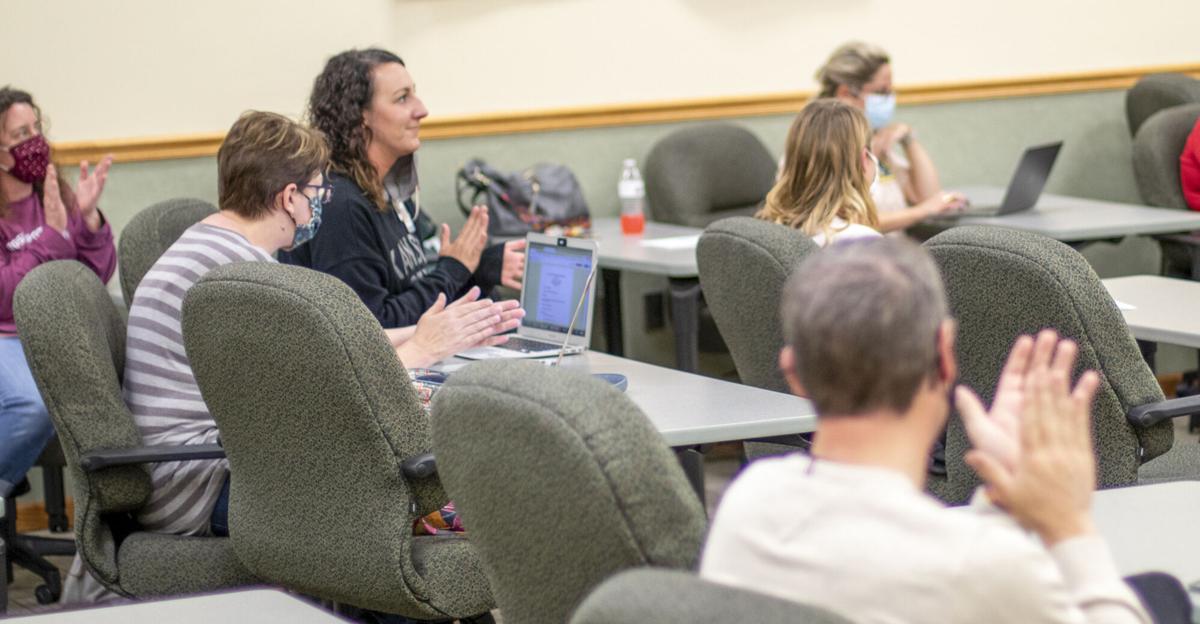 The largest group on educator activities and interests in the St. Joseph School District lauded on Monday leaders in its own organization, and in the classroom.

The regional branch of the Missouri State Teachers Association and the St. Joseph Community Teachers Association met together for an annual transition of power at the Troester Center. This served as among the first in-person, indoor after-school educator gatherings to occur this year. Staff anticipate a fall semester — fortified by the increased availability of vaccine — in which pre-COVID-19 conditions may be restored. Noah Bielby, Spring Garden Middle School science teacher and CTA president-elect, reflected on what comes next.

“I think it’s important that we keep a positive mindset with everything,” he said. “You know, keep in mind: ‘How can we help kids keep a positive attitude?’ No matter how bad the situation may appear, that’s our duty.”

“The members believe in you,” Peters said in conducting their oaths of affirmation. “You can rely on their cooperation as our organization becomes stronger through you, its leaders. Each member has great potential, and that power is cumulative.”

Bielby spoke to how the last year has been quite a journey for all educators, and now it falls to him to help lead them through the next chapter.

“It’s a very proud moment to represent my fellow teachers,” he said. “To help people out and always think about what’s best for the students.”

Dr. Robert Sigrist, SJSD director of non-academic support and student services, who became the CTA’s representative for the district administration, said he appreciates the willingness of educators to step in to valuable leadership roles.

“MSTA and our local CTA have always been great advocates for our staff and students and have been outstanding leaders in our district,” Sigrist said.”

In addition to leadership changes, a number of teachers each received $100 grants to pay for classroom supplies or other needs they presented in respective applications. In addition, $500 scholarships were given to educators who are taking higher education courses to further their own professional development. Grant recipients included Brooke Kissel, Charisse Giseburt, Courtney Burgess, Melissa Mollus and Tanya Dalrymple. The beneficiary scholars are Lisa Reed, Megan Finney and Whitney Strasser.

Educators Do It the MSTA Way

n $100 for classroom supplies, other materials