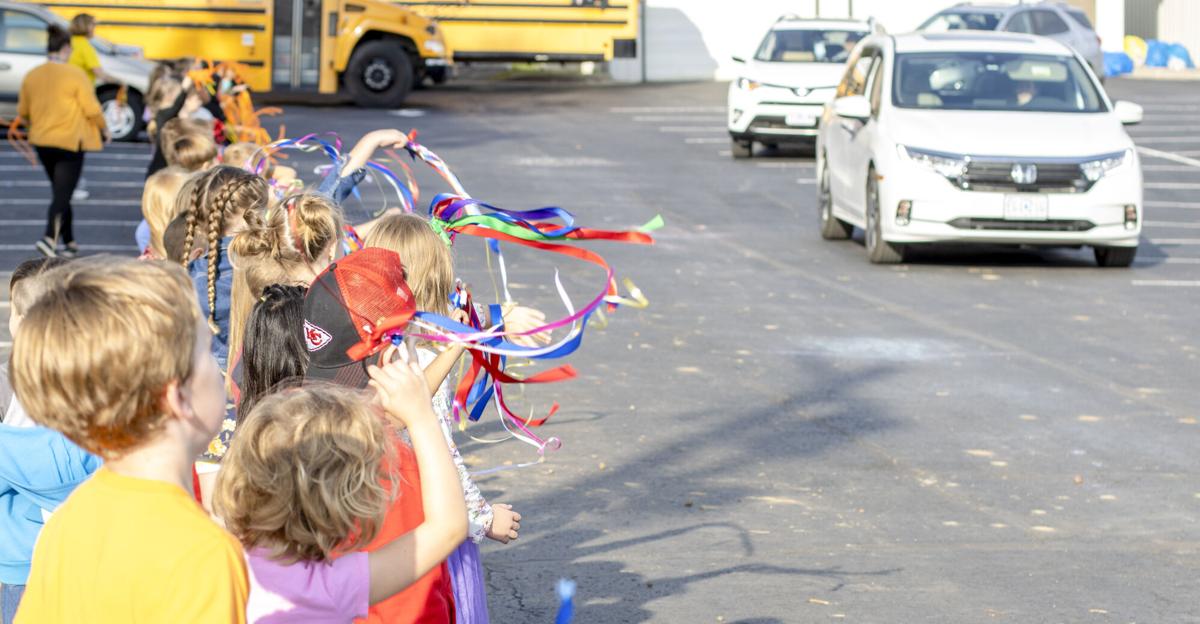 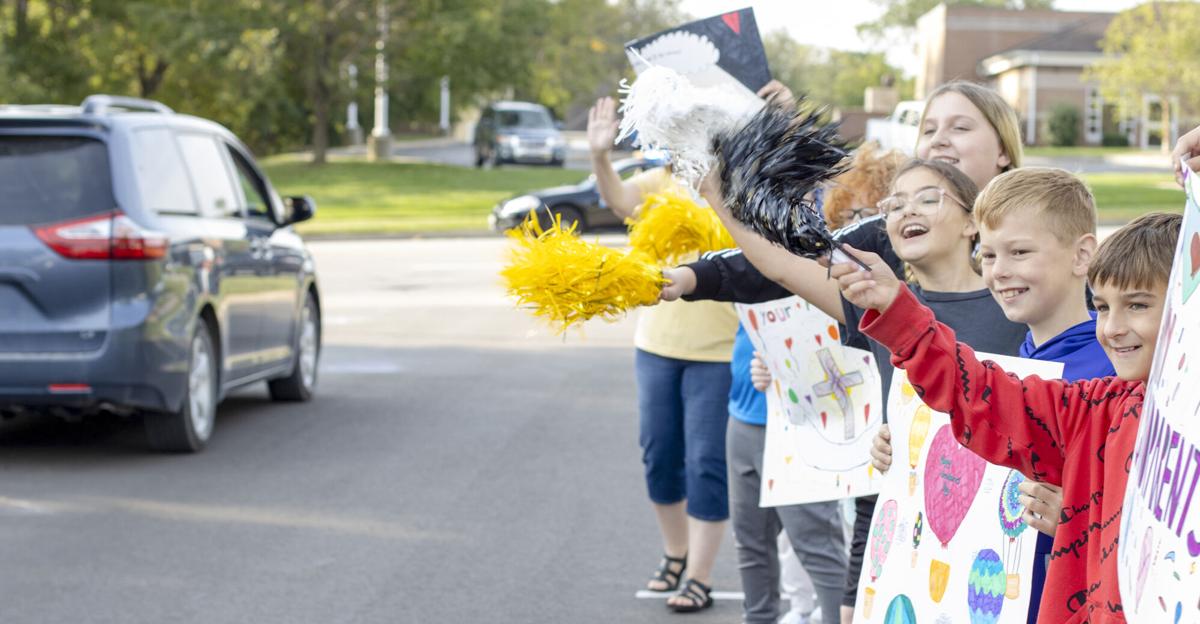 Students at St. Paul Lutheran School cheer Friday during the parade. Grandparents’ Day is a long school tradition, but the parade is a new idea. 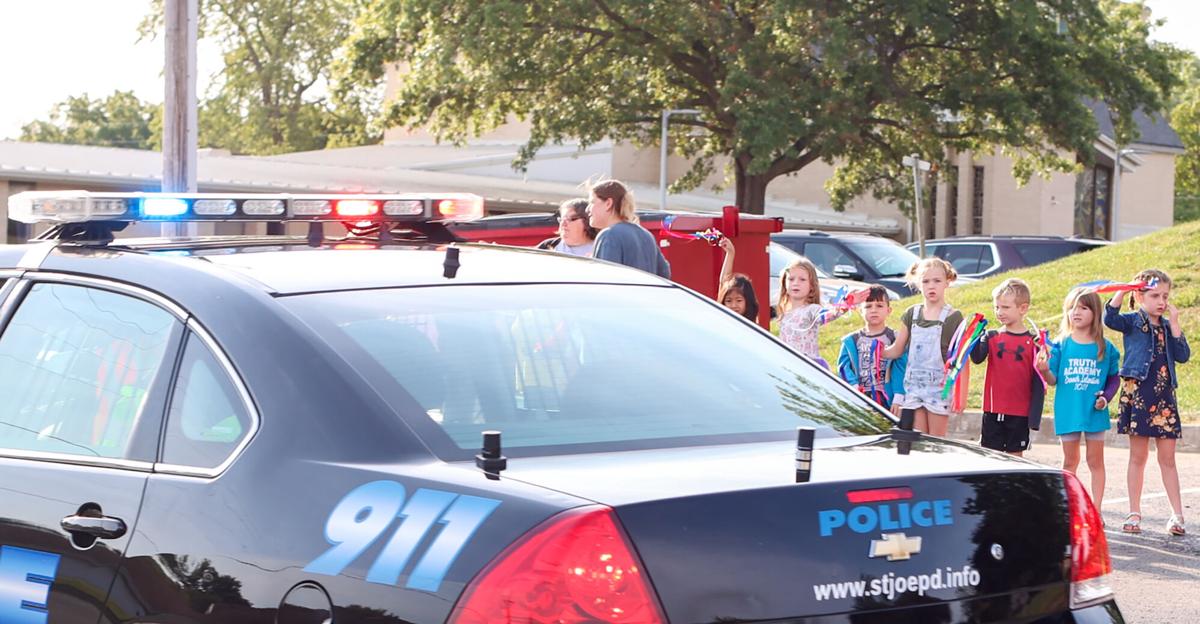 Children watch as a St. Joseph police cruiser leads the parade of cars on Friday through the parking lot during Grandparents’ Day celebrations.

Students at St. Paul Lutheran School cheer Friday during the parade. Grandparents’ Day is a long school tradition, but the parade is a new idea.

Children watch as a St. Joseph police cruiser leads the parade of cars on Friday through the parking lot during Grandparents’ Day celebrations.

Grandparents’ Day is a time-honored tradition for the St. Paul Lutheran parochial community, with each autumn giving rise to a celebratory reminder of what it is founded on.

The 199 prekindergarten through eighth-grade students enrolled there represent families who integrate their faith in every aspect of what children learn. The support of the broader church is what makes this possible, starting with their elders. These values took on a special meaning Friday. Through much of the last 18 months, interactions with the elderly have been reduced for public health reasons, and this, in turn, gave rise to the first-ever Grandparents’ Day parade.

“I’ve had tears,” kindergarten teacher Ashley Kruse said. “It has been so exciting watching them. They’re so excited when their grandparents drive through, and the firetrucks and police officers that came through for us. And so it’s been great to watch their excitement and just joy in jumping and celebrating their grandparents.”

Kruse, Denise Tiffany and Lisa Smith came up with the idea to have cars line up by the dozens, led by first responders through the campus parking lots and onto Frederick Avenue. The kids got to cheer on in gratitude and love in a safe, affirmational way.

Of course, it was a class day, so having the chance to get outside and have a good time versus spend the whole morning studying appeals to any child.

“It’s nice because you get to spend quality time with them, and it’s in school, so you don’t have to do schoolwork right now,” said Callicko Eldredge, a sixth-grader who attended the parade.

Fifth-grader Paige Colgan said she’s happy because God has brought her family together for a fun time.

Kruse said the day as a whole served as a reminder of why the staff members do what they do.

Familes Come Together For a Parade

Shifting winds on Wednesday will lead to much cooler weather on Thursday.