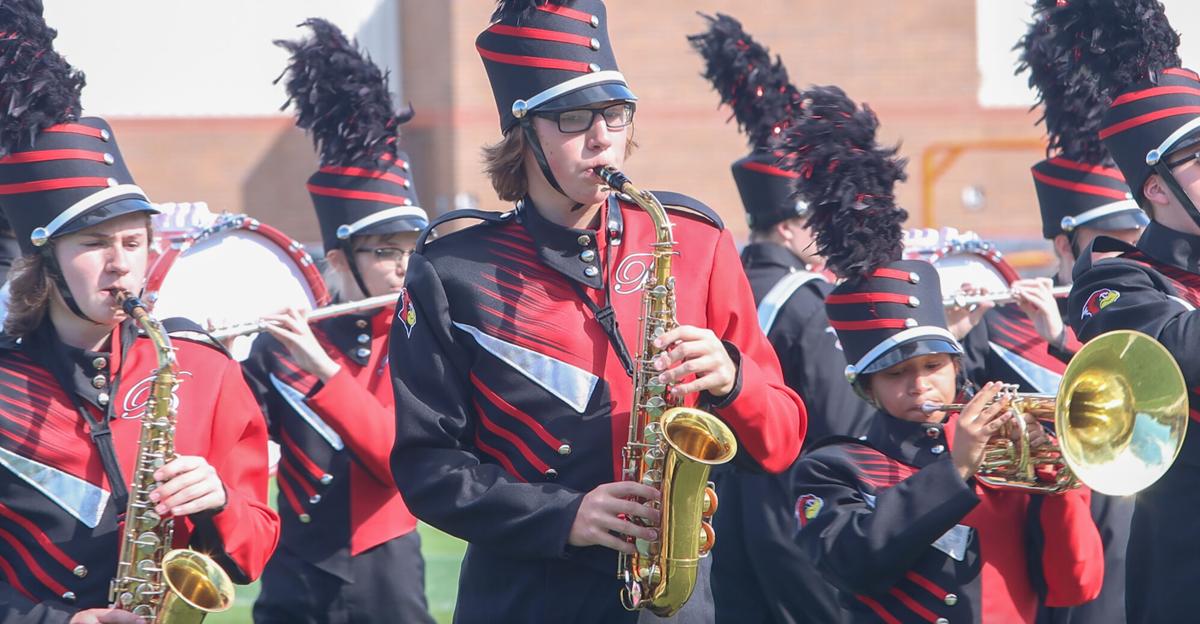 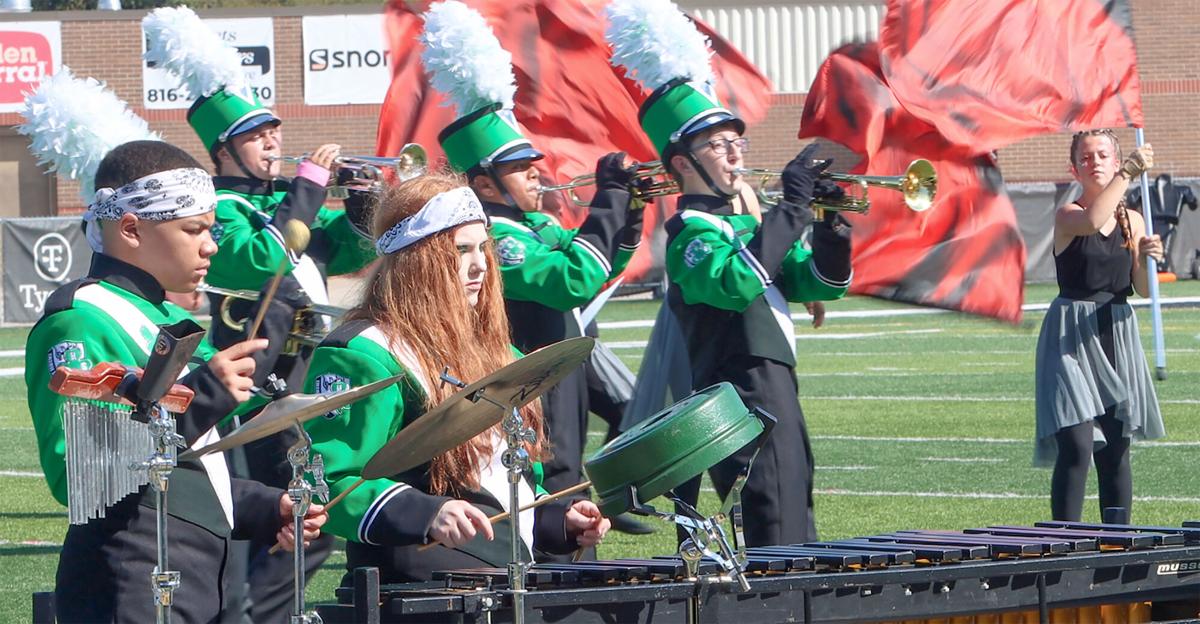 Members of the Lafayette High School marching band play on Tuesday at Spratt Memorial Stadium on the campus of Missouri Western State University. 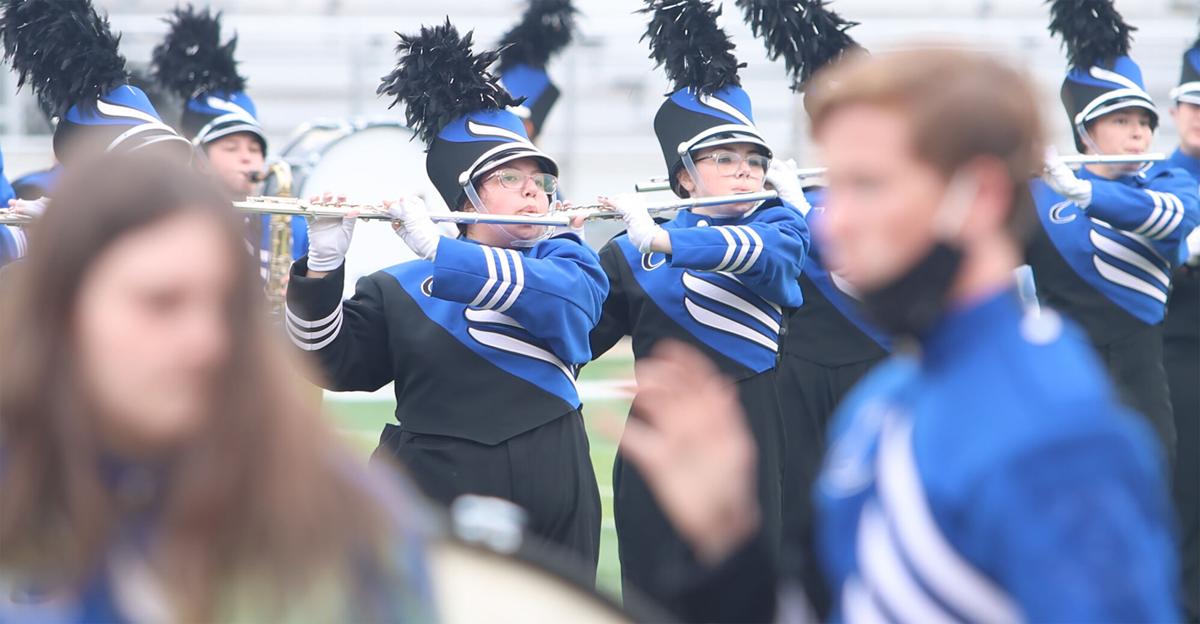 Members of the Central High School marching band play on Tuesday at Spratt Memorial Stadium on the campus of Missouri Western State University.

Members of the Lafayette High School marching band play on Tuesday at Spratt Memorial Stadium on the campus of Missouri Western State University.

Members of the Central High School marching band play on Tuesday at Spratt Memorial Stadium on the campus of Missouri Western State University.

On the occasion of Tuesday’s 35th Annual Tournament of Champions, local high school marching band musicians reflected on what has, for some, been a gap in competition.

COVID-19 reduced band activities and performances in general last year, and students spoke to how they sorely missed this special time in the sun. A football game is all fine and well, as people know the marching band by their halftime performance. For themselves, members of the Benton Cardinal Band, the Irish Pride and the Blue & White Regiment see this event hosted by Missouri Western State University — in which they went up against 17 other peer institutions across the region — as the true test of strength and showmanship.

“This is like our home turf, you know,” she said. “We’re from around here, and it is pretty fun to just be able to dominate your area. We own this place, we believe we’re gonna win this competition and we’re gonna show these people what’s what, (and) what Central’s all about.”

Chris Hawkins, a junior at Benton, explained that the Cardinals have been preparing for their routine, which features songs popularized by “The Jackson 5,” since June under directors Daniel DeClue and Judy Long. Kaylin DeWar is the drum major.

“It was amazing to be out there,” he said. “It’s great to have all of these fans out here to view us. This is the thing that we all look forward to. Of course, we play at all of the games and stuff. Those are still fun, and those are still important, but this is the big one. This is what we work for.”

Lafayette’s Makenna Alden said the high standards she sets for herself as a leader most come into being at these competitive events. And she depends entirely on equal dedication from her peers. The Irish Pride routine entitled “Dragon Hunt” was led by directors Joe Schreimann and Mark Knorr, as well as drum major Alden.

“You know, if you’re on a basketball team or a volleyball team, you can sit the bench, you might be on the sideline, but in a band, everybody has to play, and everybody’s heard,” she said. “It helps bring everybody together ... The community and the friendship it brings is really the best part.”

Central ultimately placed second in its class, and Lafayette placed third in 1A.