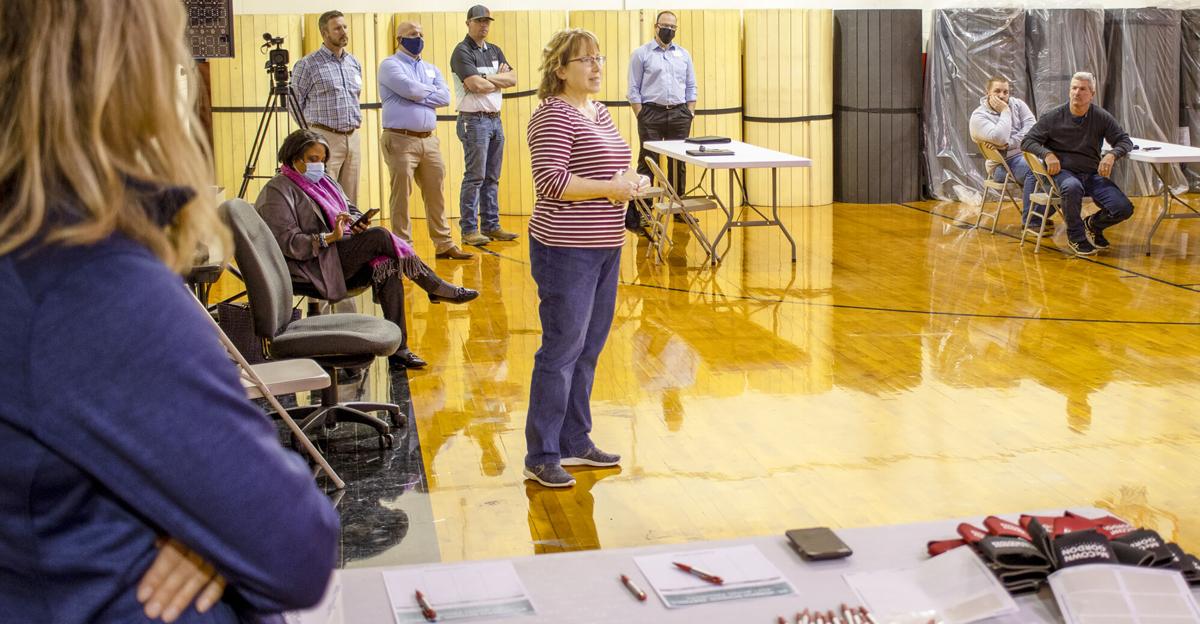 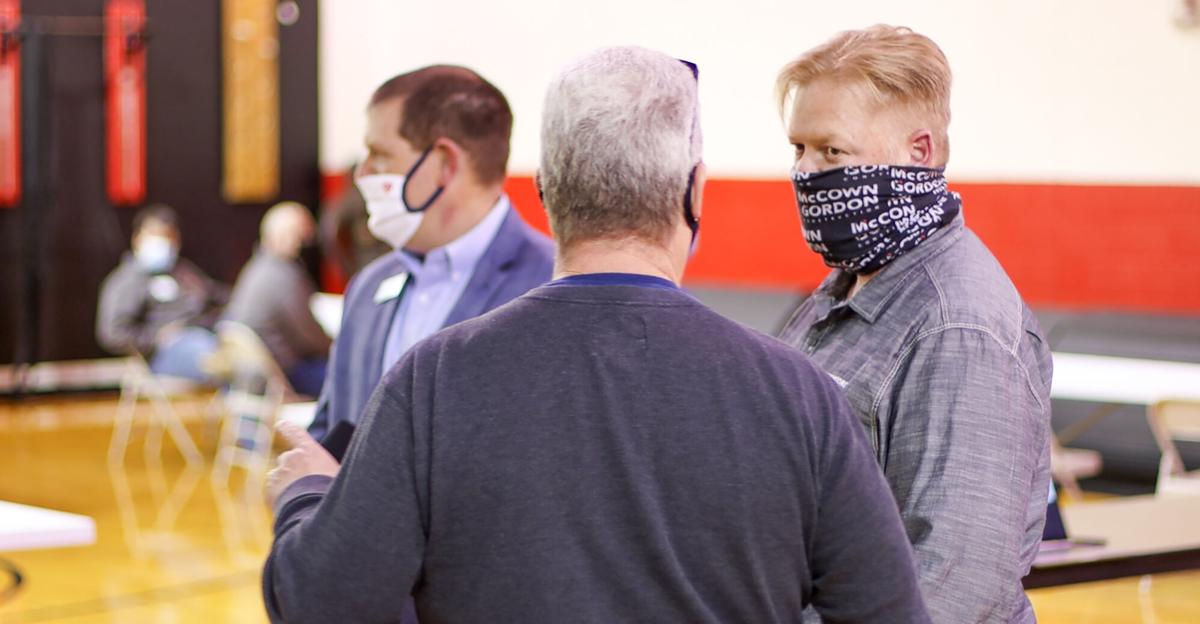 If voters approve Proposition CARE on Tuesday, April 6, the work to be done will involve hundreds of workers, with St. Joseph native Tim Burks in charge.

Burks, who has worked as a project superintendent for McCownGordon Construction of Kansas City, Missouri, for the last nine years, grew up in the Deer Park area and is tasked with his firm’s role as “construction manager at risk.” For right now, that job is largely a sales pitch; If the $107 million bond issue is rejected on Election Day, no work will happen and no revenue from it will be realized.

If the bond does pass, most of Burks’ duties will focus on hiring and managing the subcontractors that will renovate the American Family Insurance campus at 4802 Mitchell Ave. into a high school, renovate the campus of Central High School, and convert Benton and Lafayette schools into Grades 6-8 buildings. Firms that would supply the labor and talent needed for all of this came Tuesday to Lake Contrary School for a briefing on the proposed effort.

“I think this will be great for the school district,” Burks said. “They need this new revitalization. And, it’s just what the community needs right now.”

Almost as important as reviewing the work to be done is an understanding of Plan B, which was supplied on Tuesday by Lori Witham, member of the Board of Education. Since her election last year, Witham has been an advocate to invest more money on the schools while saving money where possible.

“This board is pretty committed to say, we really are a two-high-school town,” Witham said. “And we will begin to make strides in that direction.”

Much of the funds contained within Proposition CARE are, in practical fact, monies that can be raised by a simple vote of the Board of Education. The St. Joseph electorate has to sign off on it because the plan asks them to tax themselves — at least, in the case of single-family homeowners — $50 to $85 more per year, more or less, depending on the value of their house. This is to pay off all the debt within 20 years.

As Witham explained it, if the bond issue narrowly fails, say a majority of the voters are in favor but not the roughly 57% needed by law, the school board could “tweak” the plan and try again.

If the bond issue is clearly rejected, another option will have to be studied, likely involving a no-tax-increase bond to invest some money in SJSD’s most pressing infrastructure challenges. Of course, three seats on the board itself are also on the April 6 ballot — so input from potential new members would also be a factor.